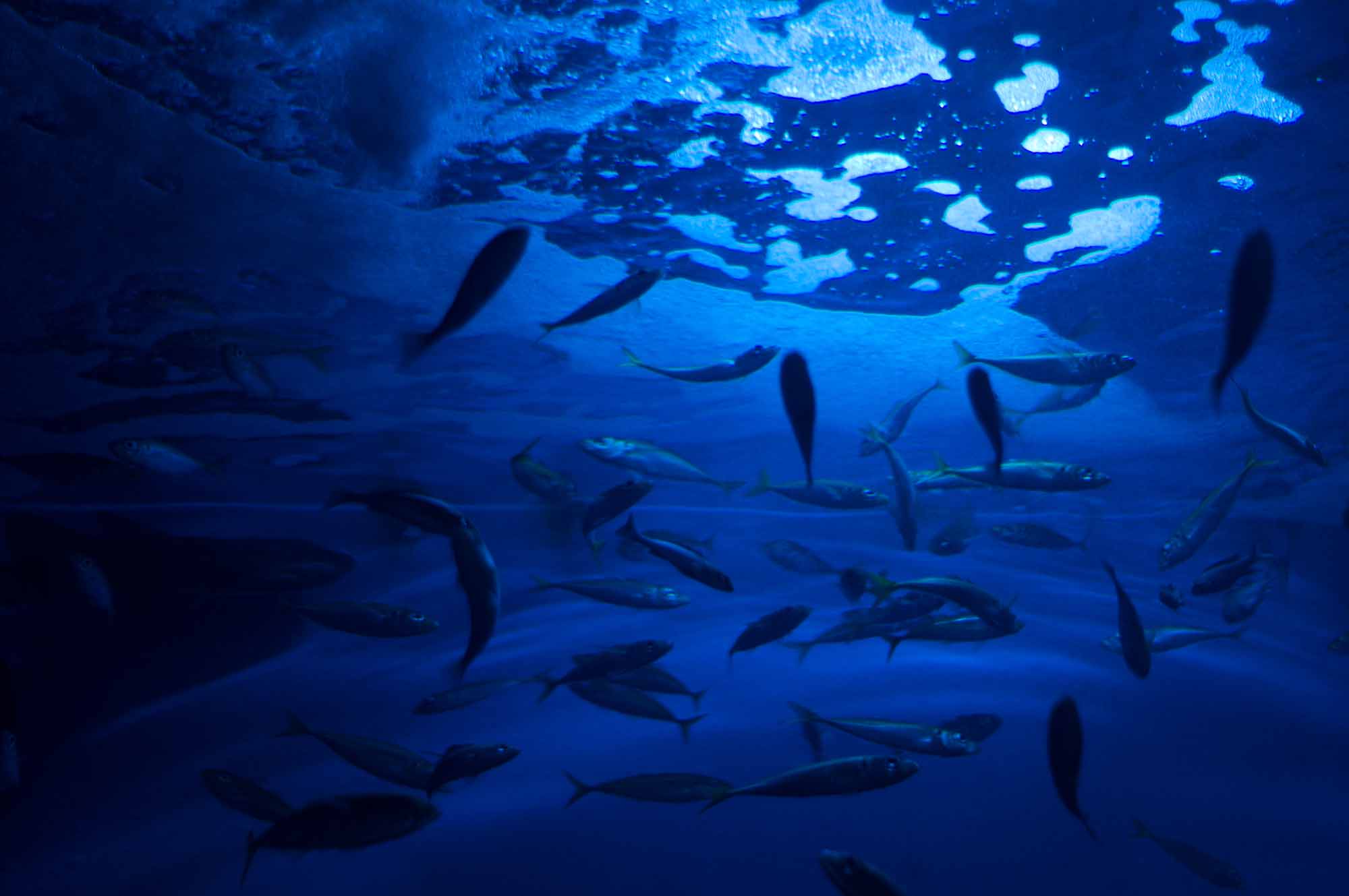 Besides zoos, another type of place we can’t resist visiting is aquariums. Even better, aquariums peek into the world of non-land faring animals. So we set off for Nagoya to check out the city’s aquarium. Located in Nagoya Port, the aquarium exhibits several hundred marine life species, including orcae and dolphins. The staff also coordinates various performances such as the Sardine Tornado. Yes, that’s right. Sardine Tornado. 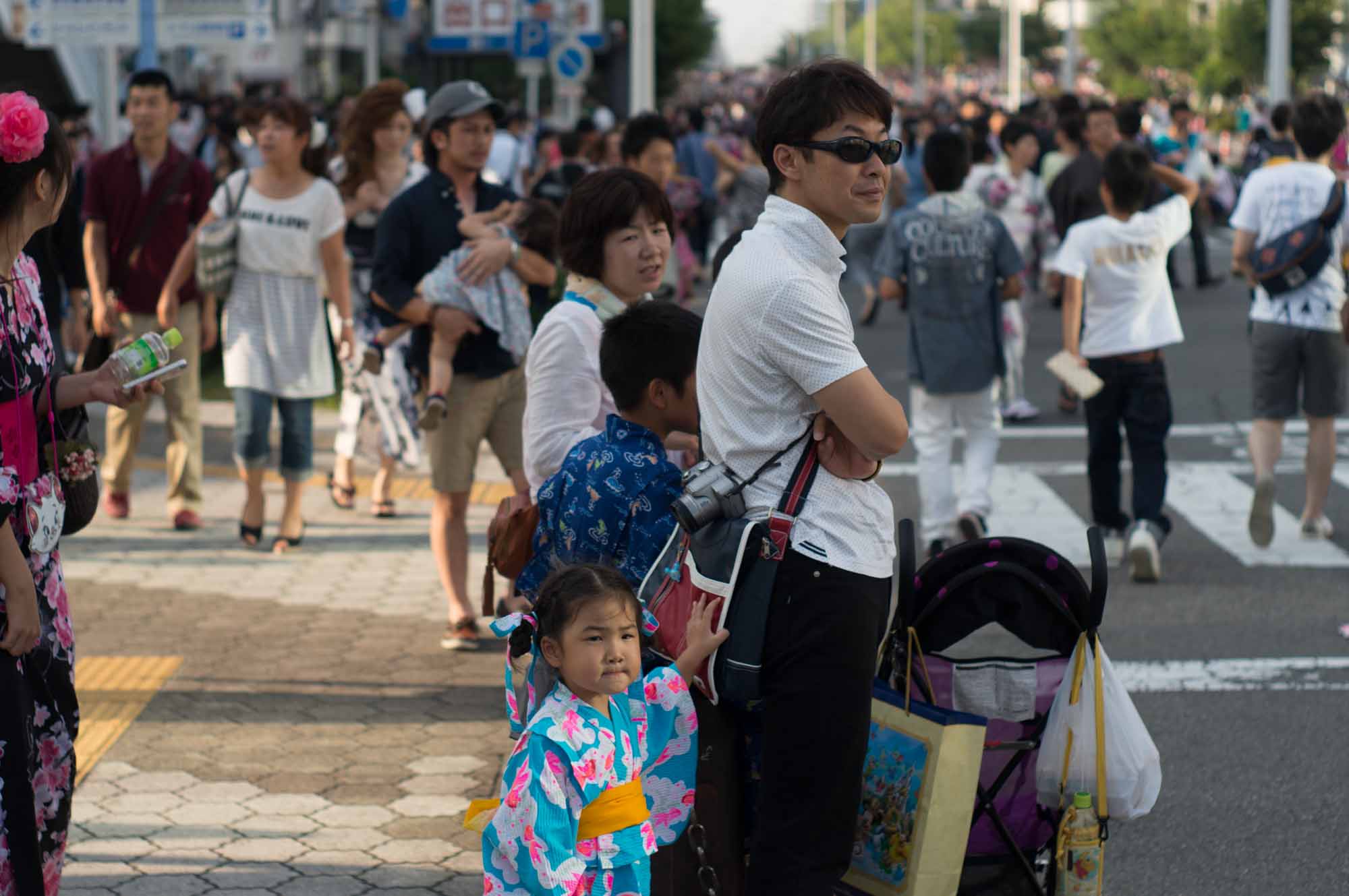 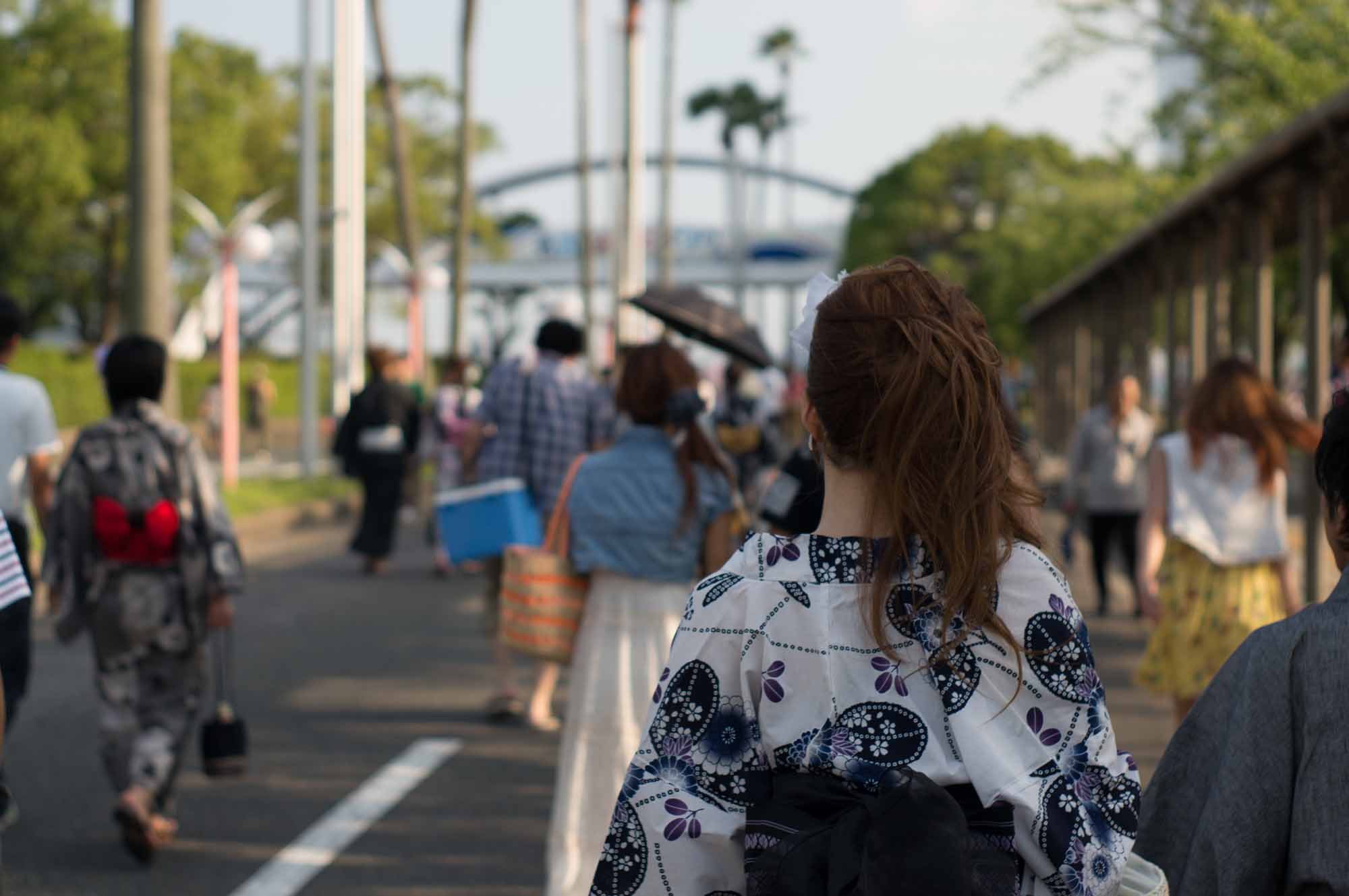 The Nagoya fireworks festival falls on the same day as our visit, and a good place to catch the show is right next to the aquarium. So crowds gather at Nagoya Port to vie for spots. 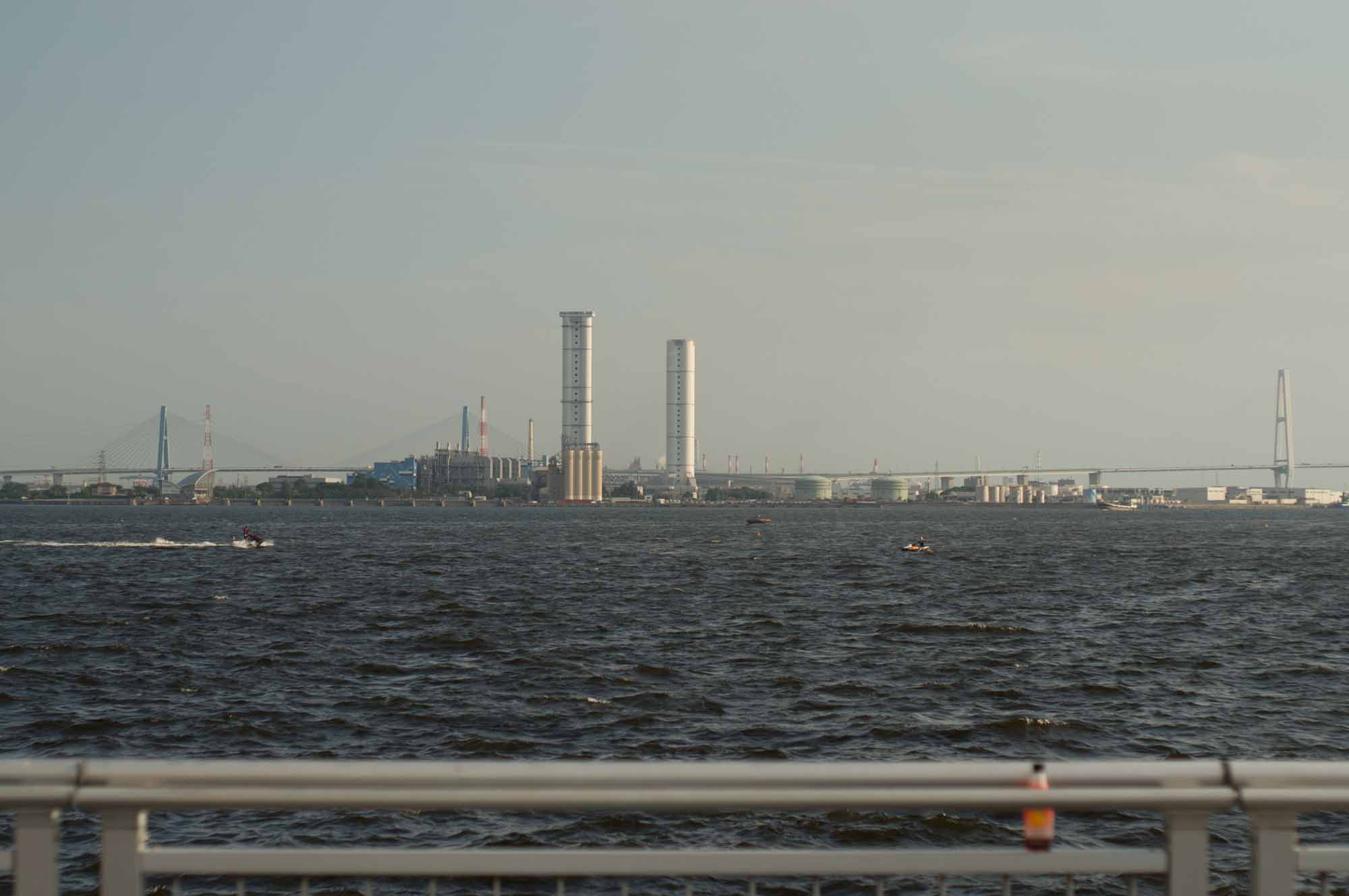 The view from Nagoya Port is what one would expect in a commercial harbor. The port also offers tours of an old ice breaker ship moored near the aquarium. A shopping center and amusement park complete the attraction area surrounding the aquarium. 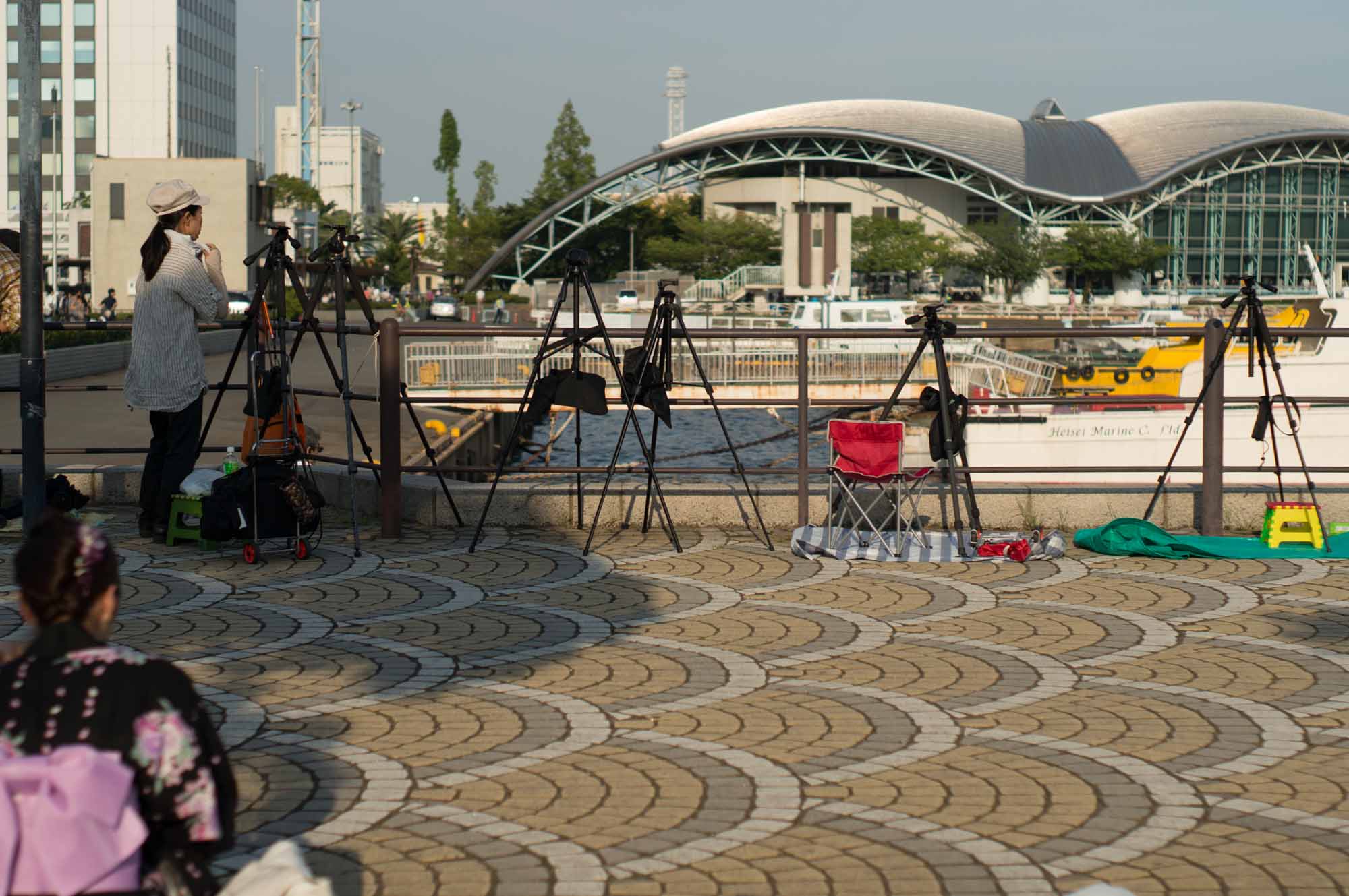 Fireworks enthusiasts claim their tripod territory to grab the best shots or record video. Some even double up on tripods and do both simultaneously. 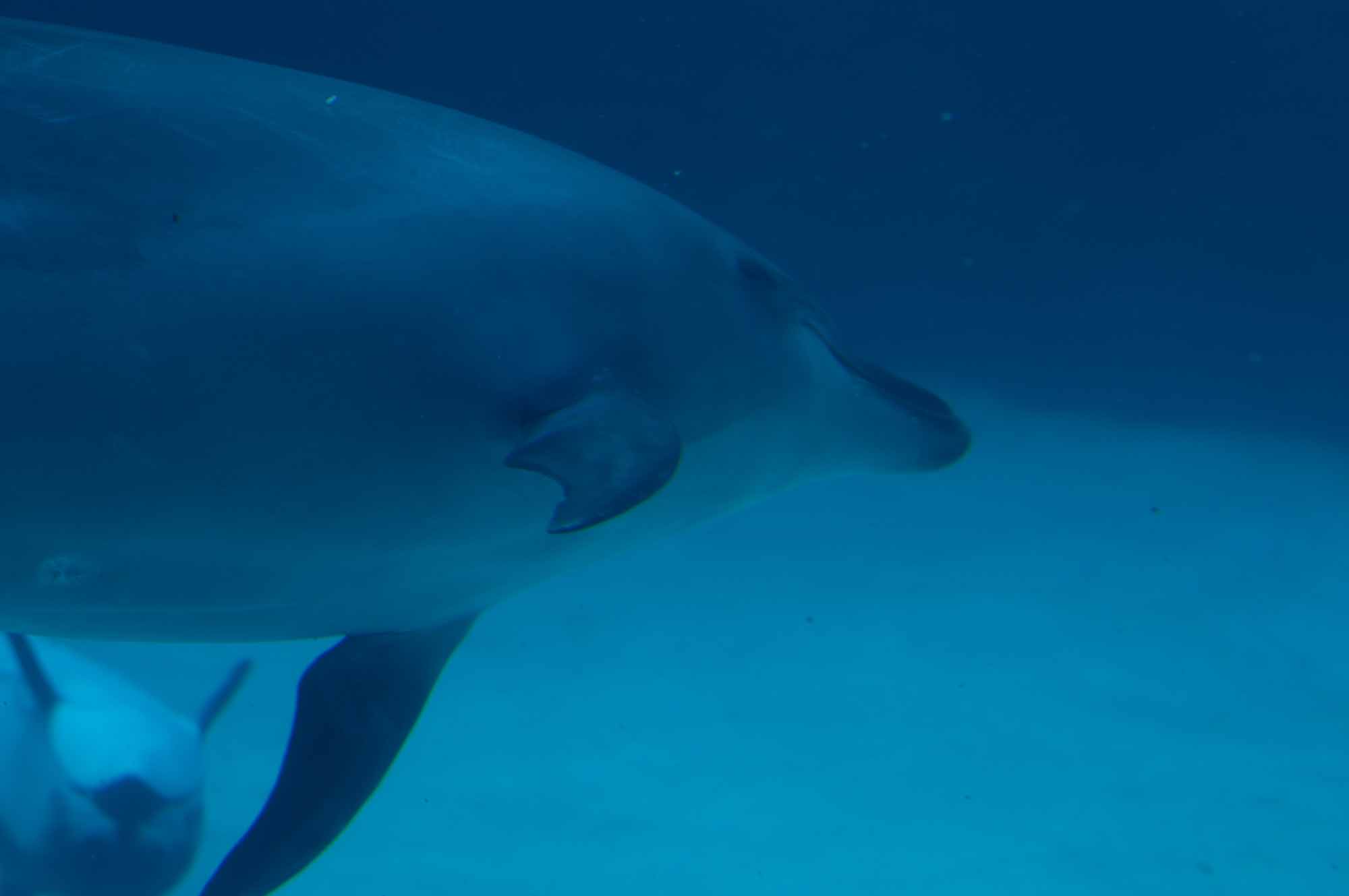 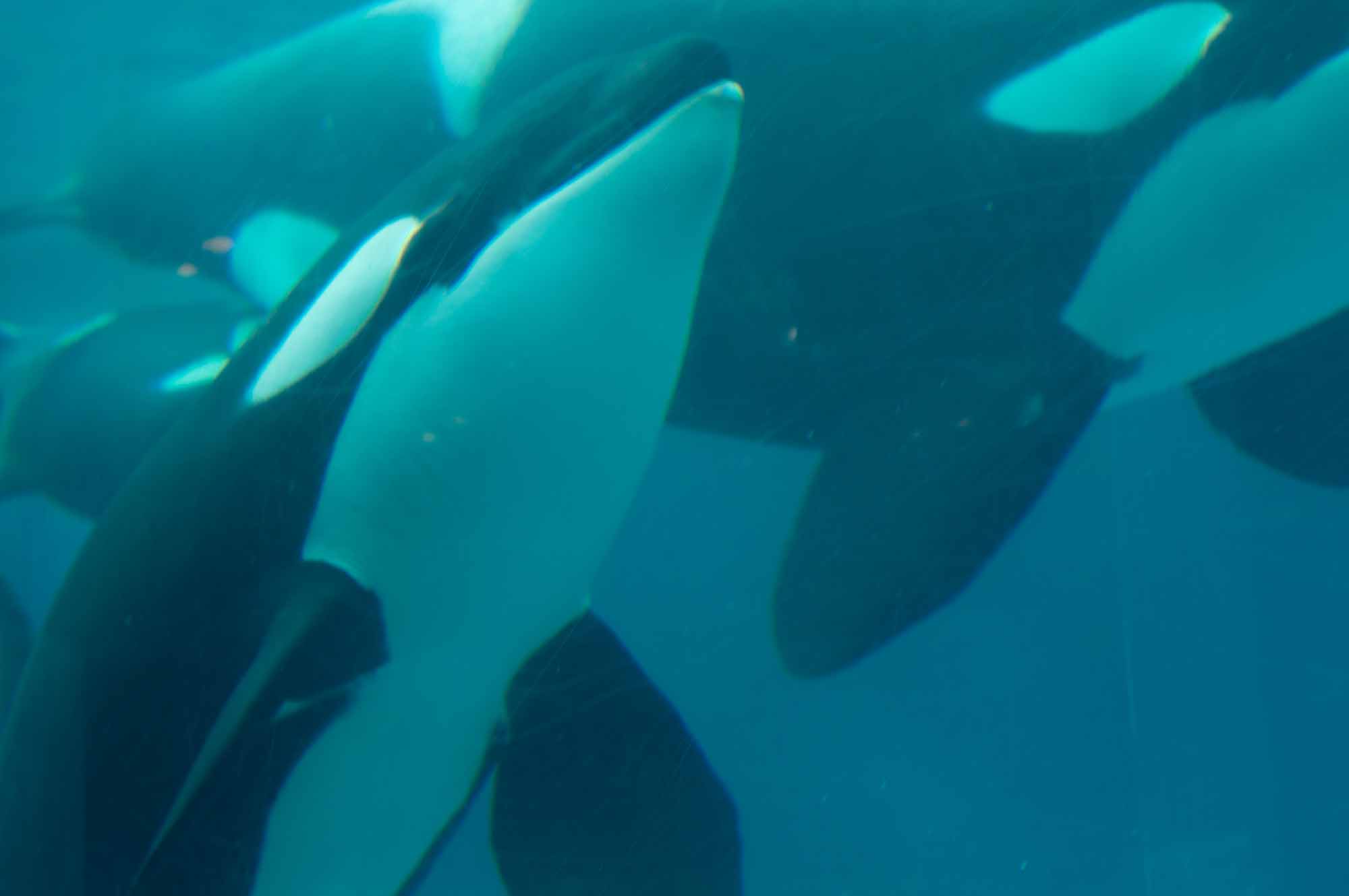 Dolphins and orca greet visitors upon entering the aquarium. 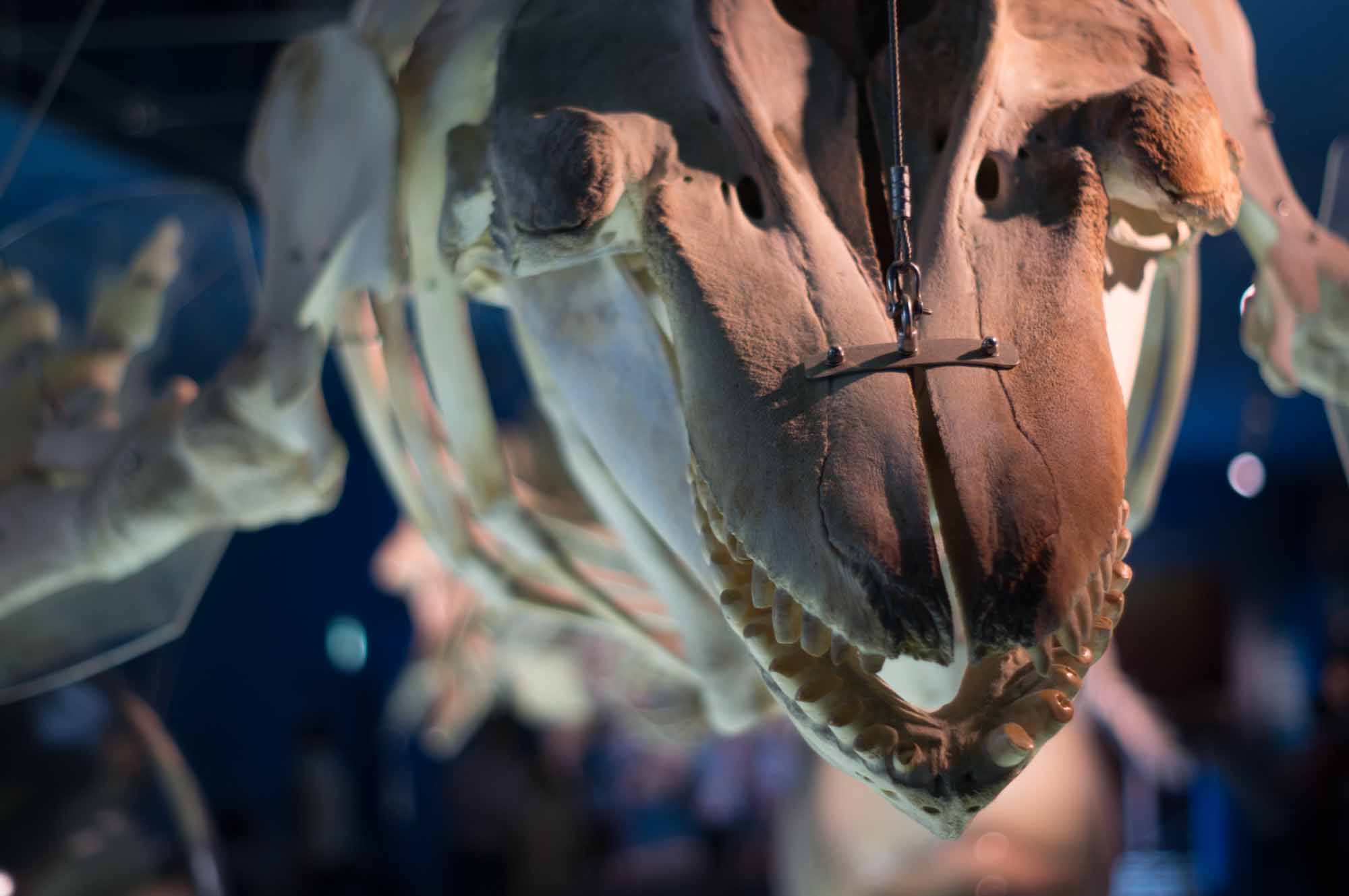 Winding through the first building, we arrive at the bone room. Skeletons of several different species are on display. 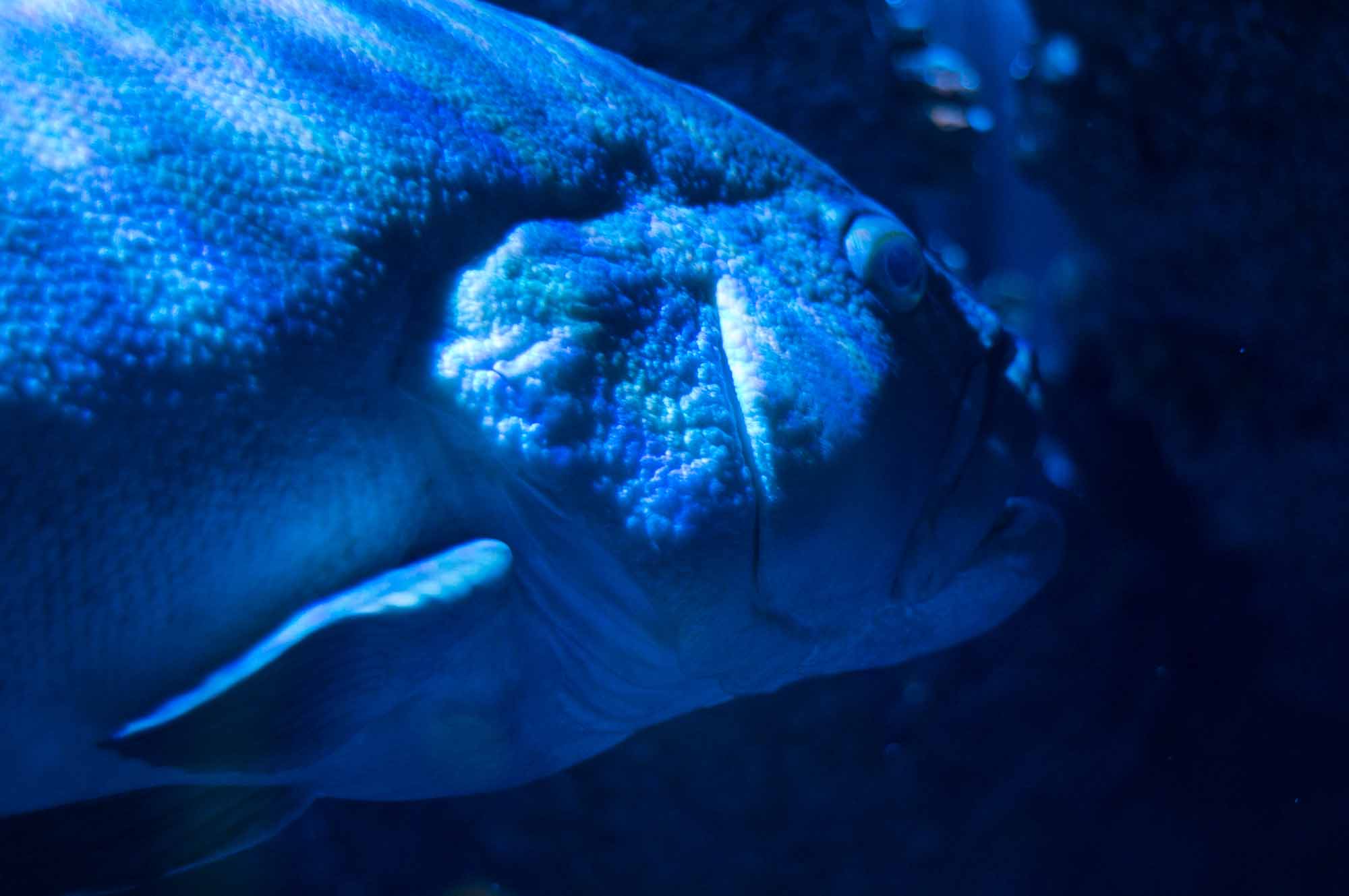 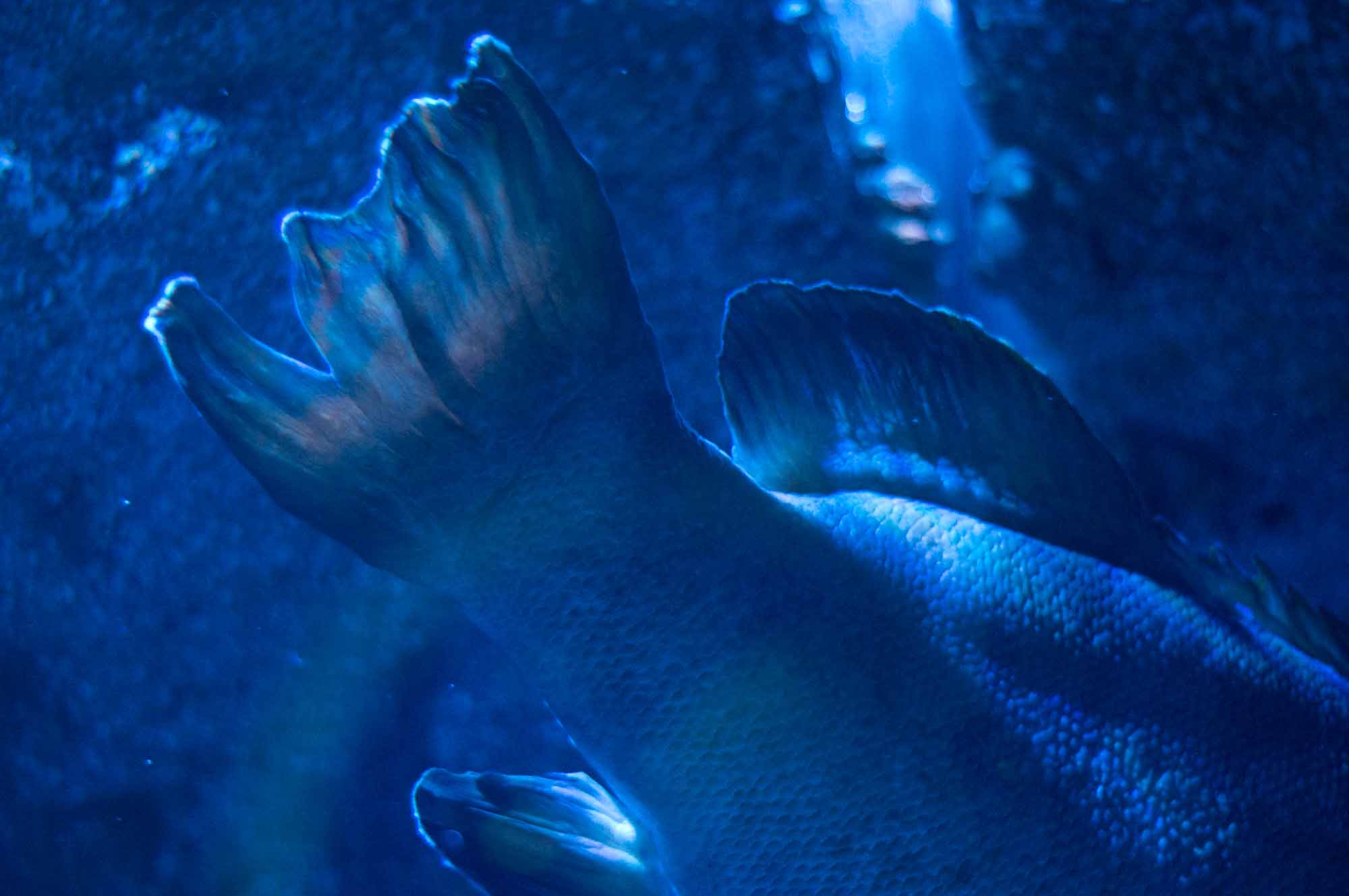 The lighting in some tanks caused a nice visual effect when projected on the fish. 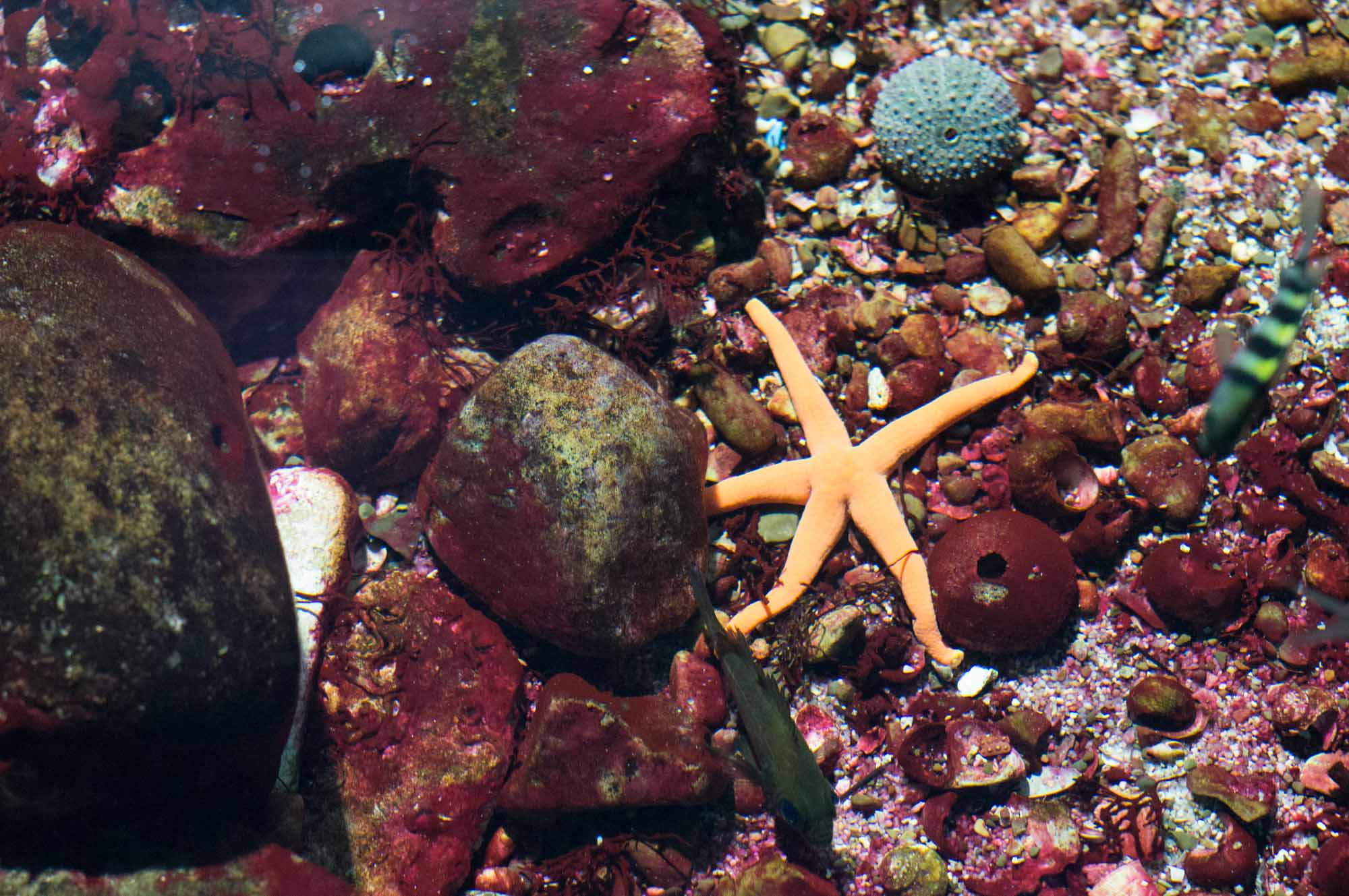 Over at the starfish corral, fish swim over the orange starfish as he plots his next move: probably to the right. 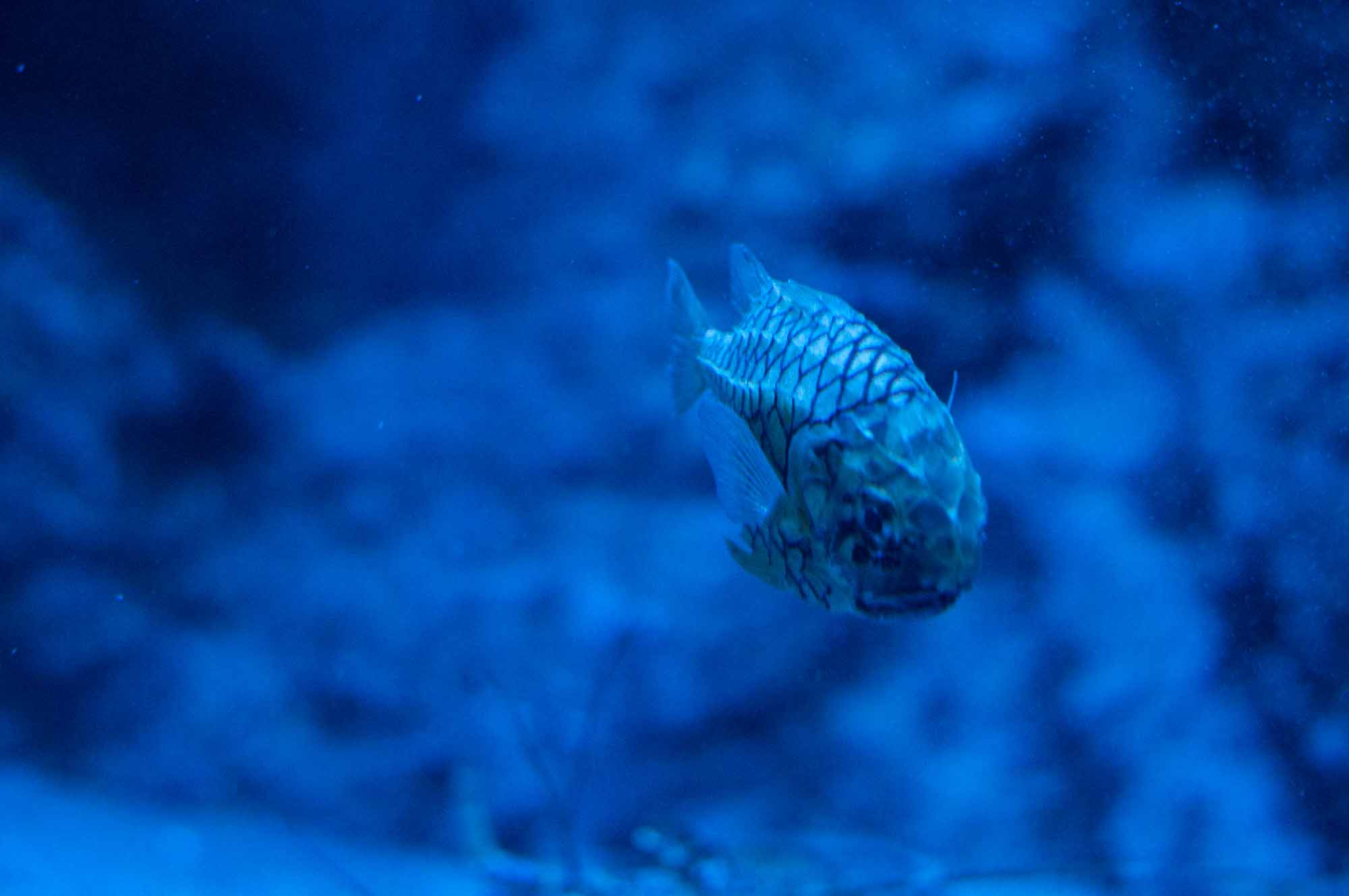 It seems that most of the tanks’ lighting attempts to emulate the light in the animal’s native habitat. 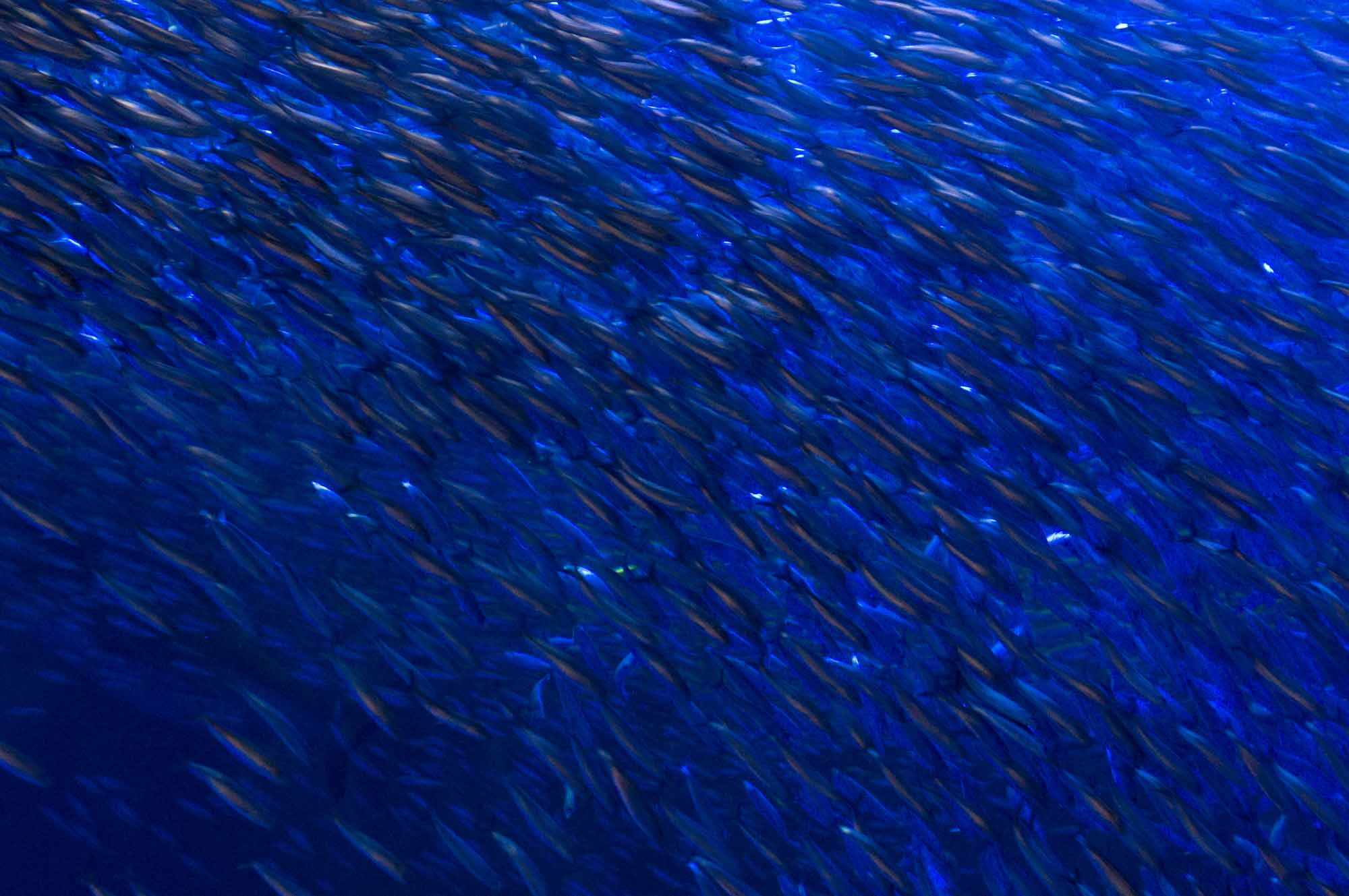 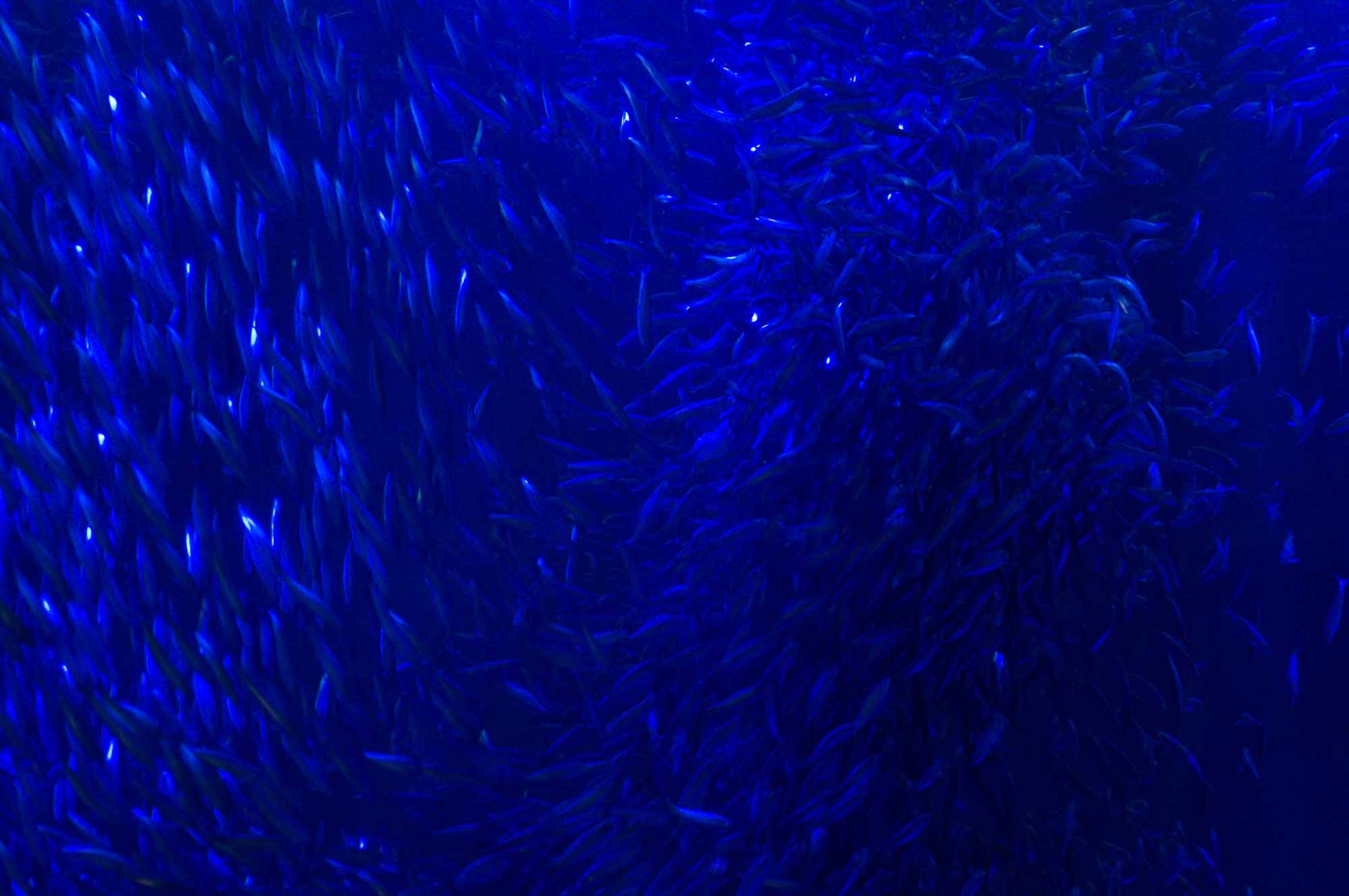 We quickly hurry to the sardine habitat now for a unique performance. Feeding time for the sardines whip up their natural instinct to go into a sort of half coordinated, half frenzied eating spree. The sardines dance and swirl around like a vortex, so the event is known as the Sardine Tornado. The dim lights in the viewing room let you see the glint of the sardine bodies flicker back and forth. The sight is quite mesmerizing. 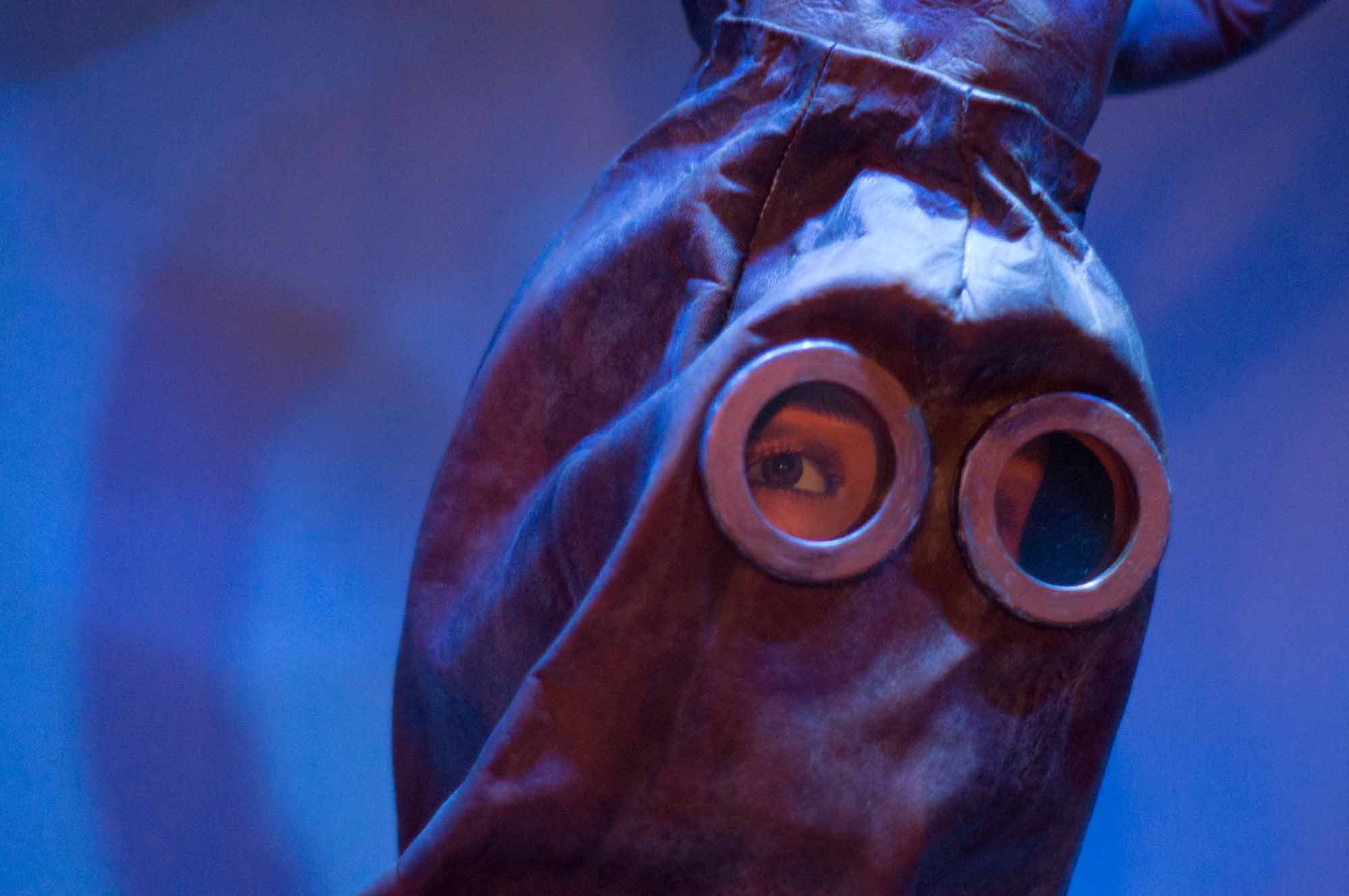 The next exhibit explains that divers used to wear equipment that look to be straight out of a low-budget sci-fi/horror movie. 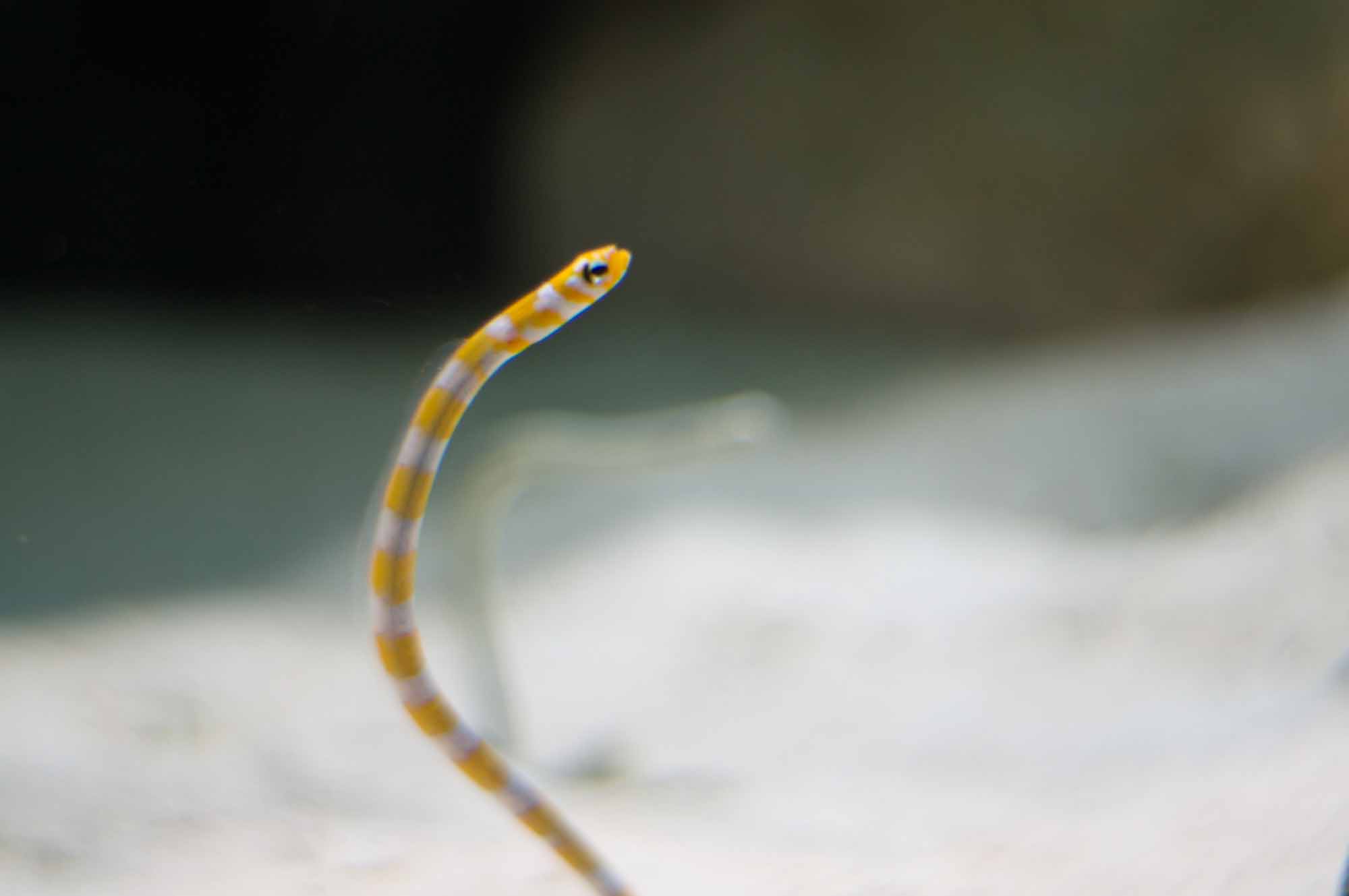 Tiny colorful worms pop up out of the sand to check out their surroundings. A nearby fish teases them by swimming over head, making the little worms dart back into the ground. 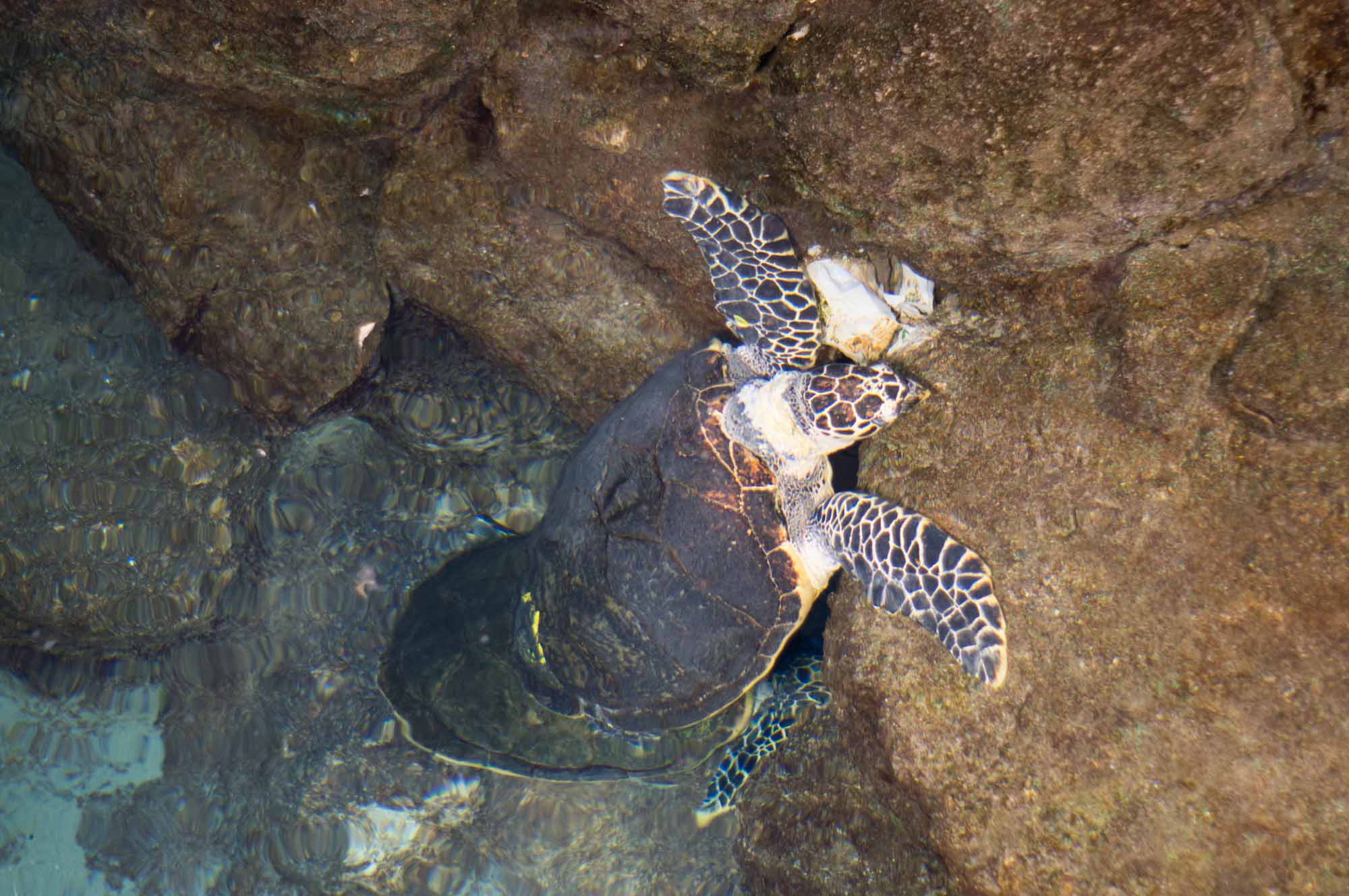 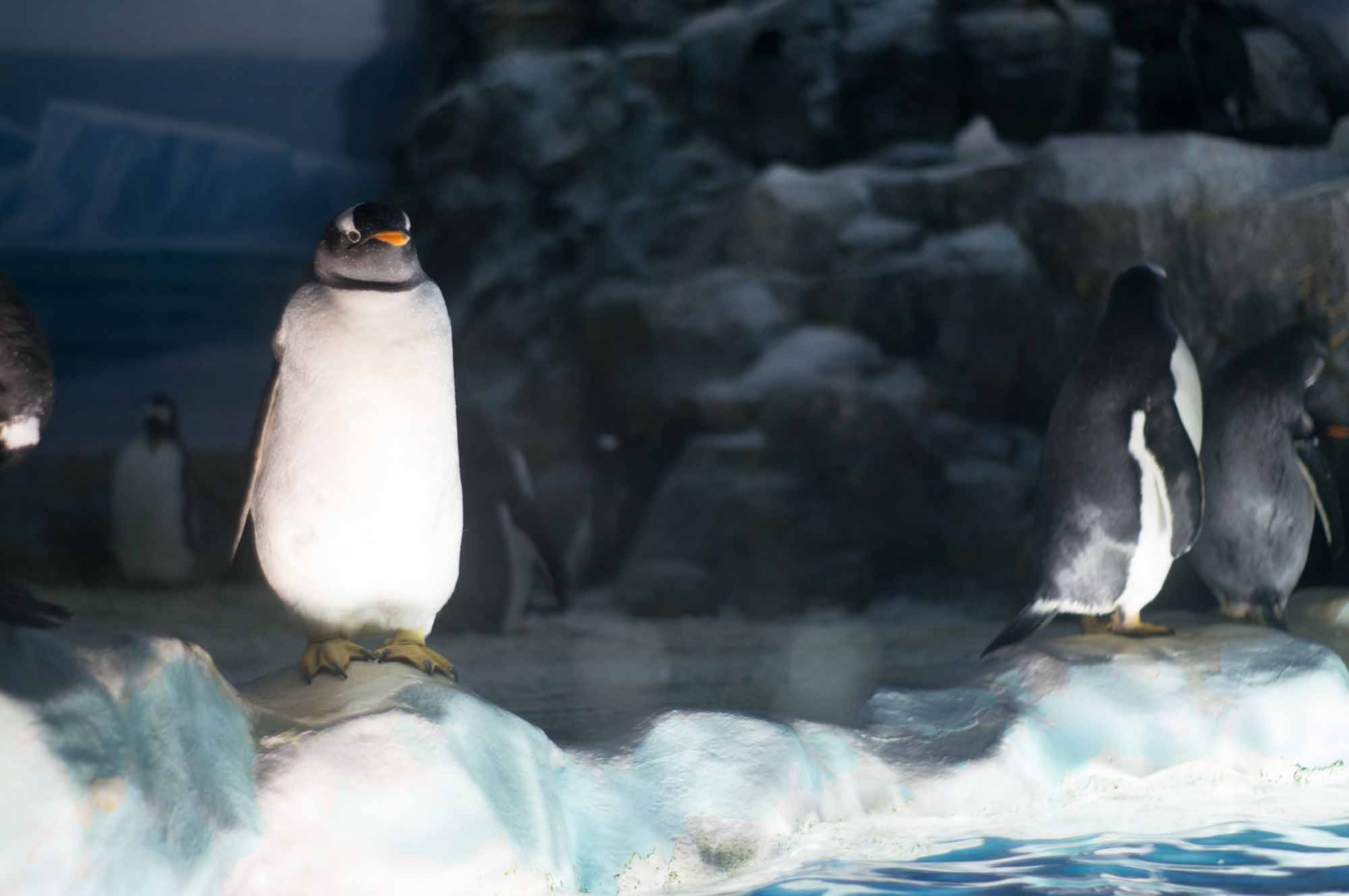 A menacing penguin looks out over his domain as he plans his escape. Penguins are no to be trusted. 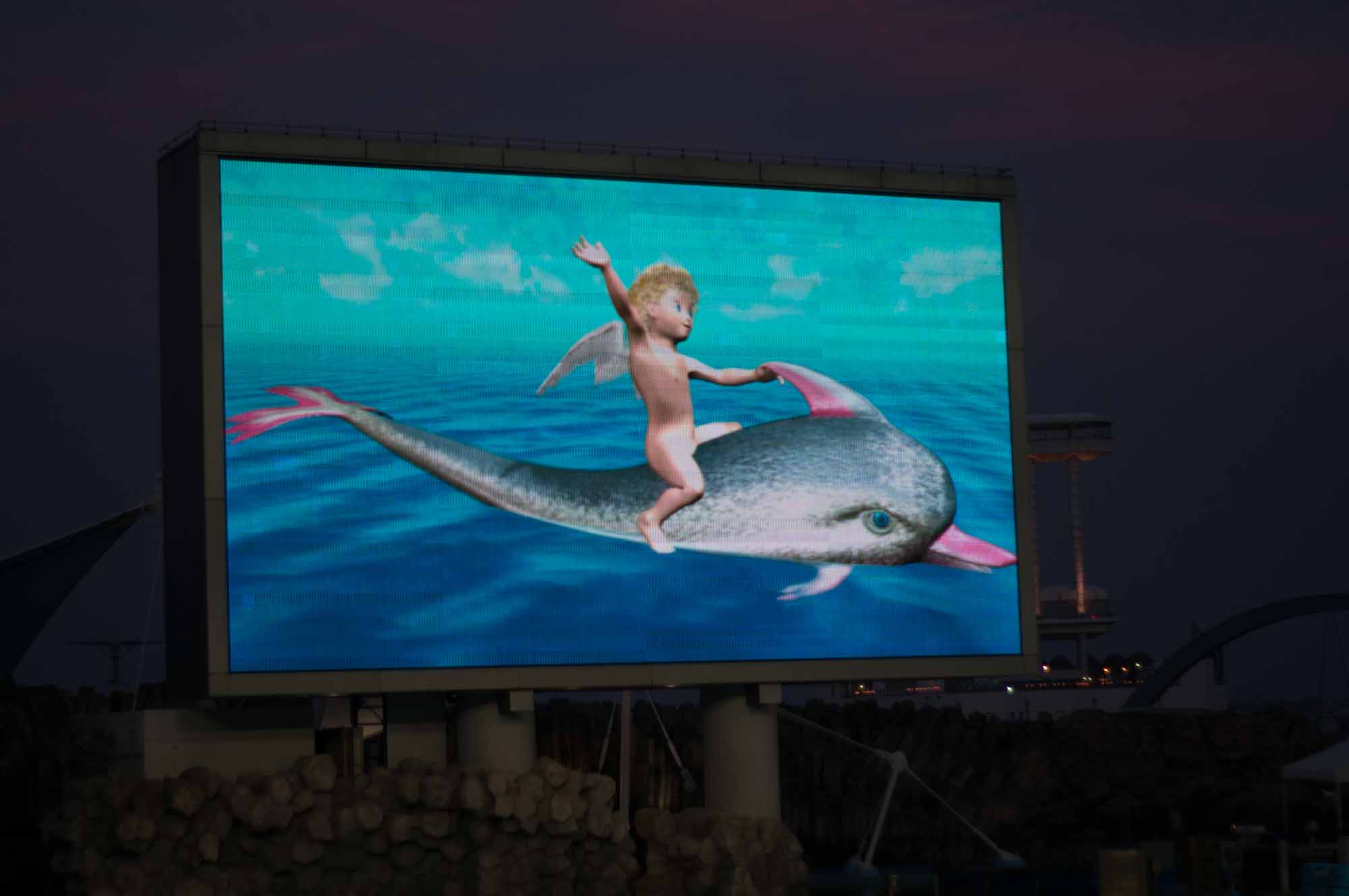 Before the fireworks, we head to the outdoor arena hoping to catch the last dolphin show of the night. Instead a film plays on the large monitor which depicts what I suspect is a time traveling angel-boy who befriends a dolphin-like creature. 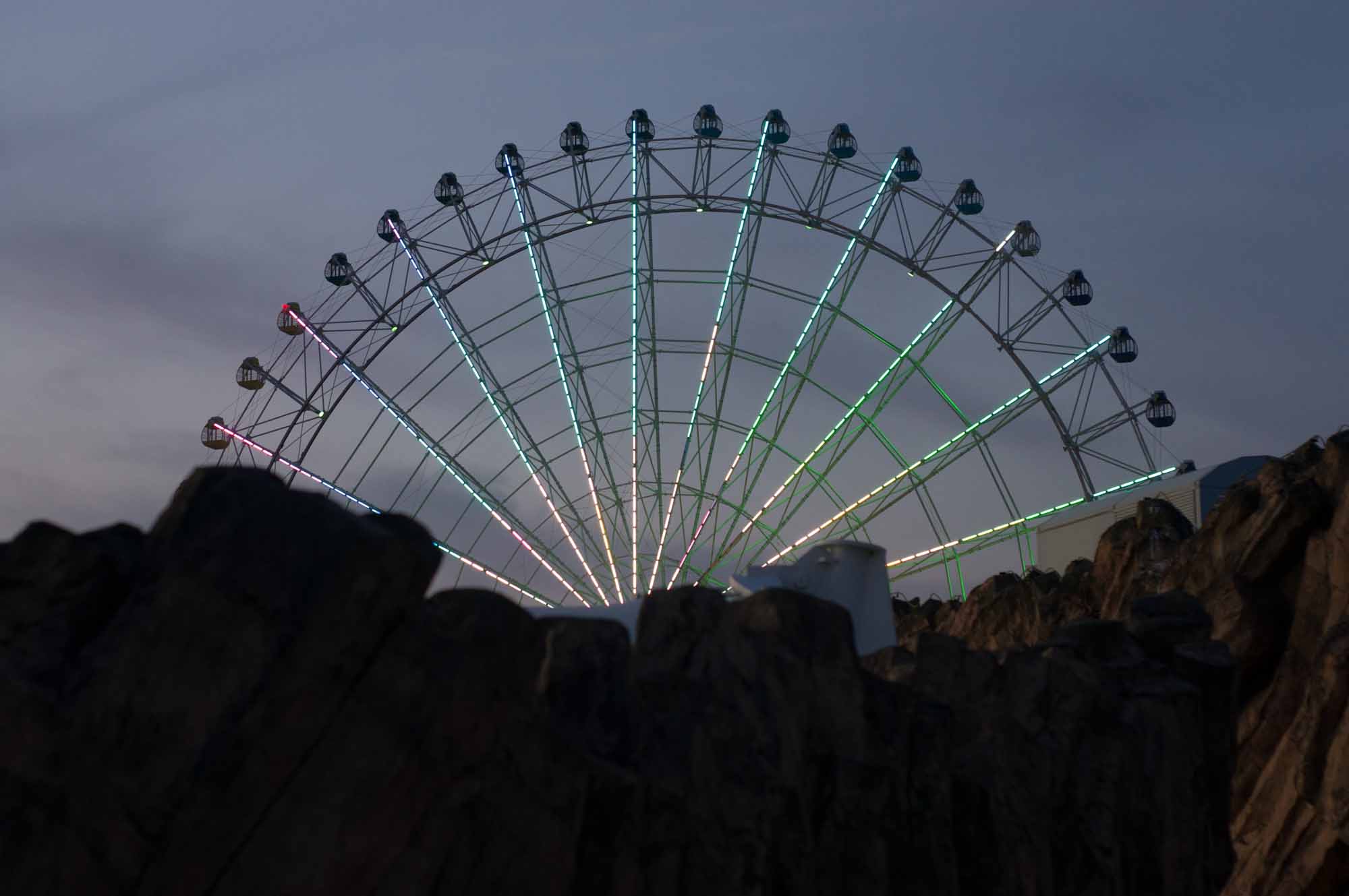 The nearby Ferris wheel pretends to be a firework. 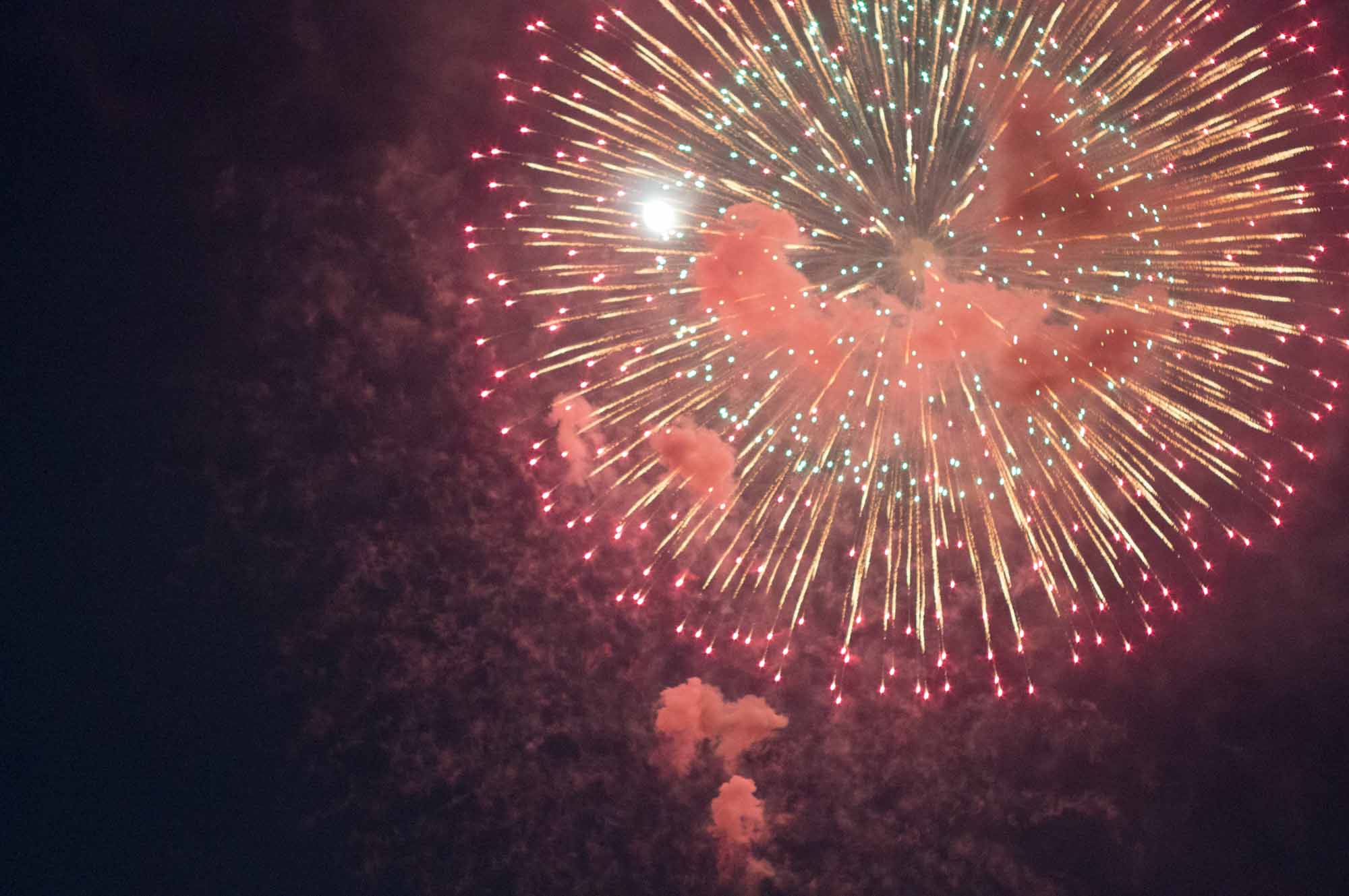 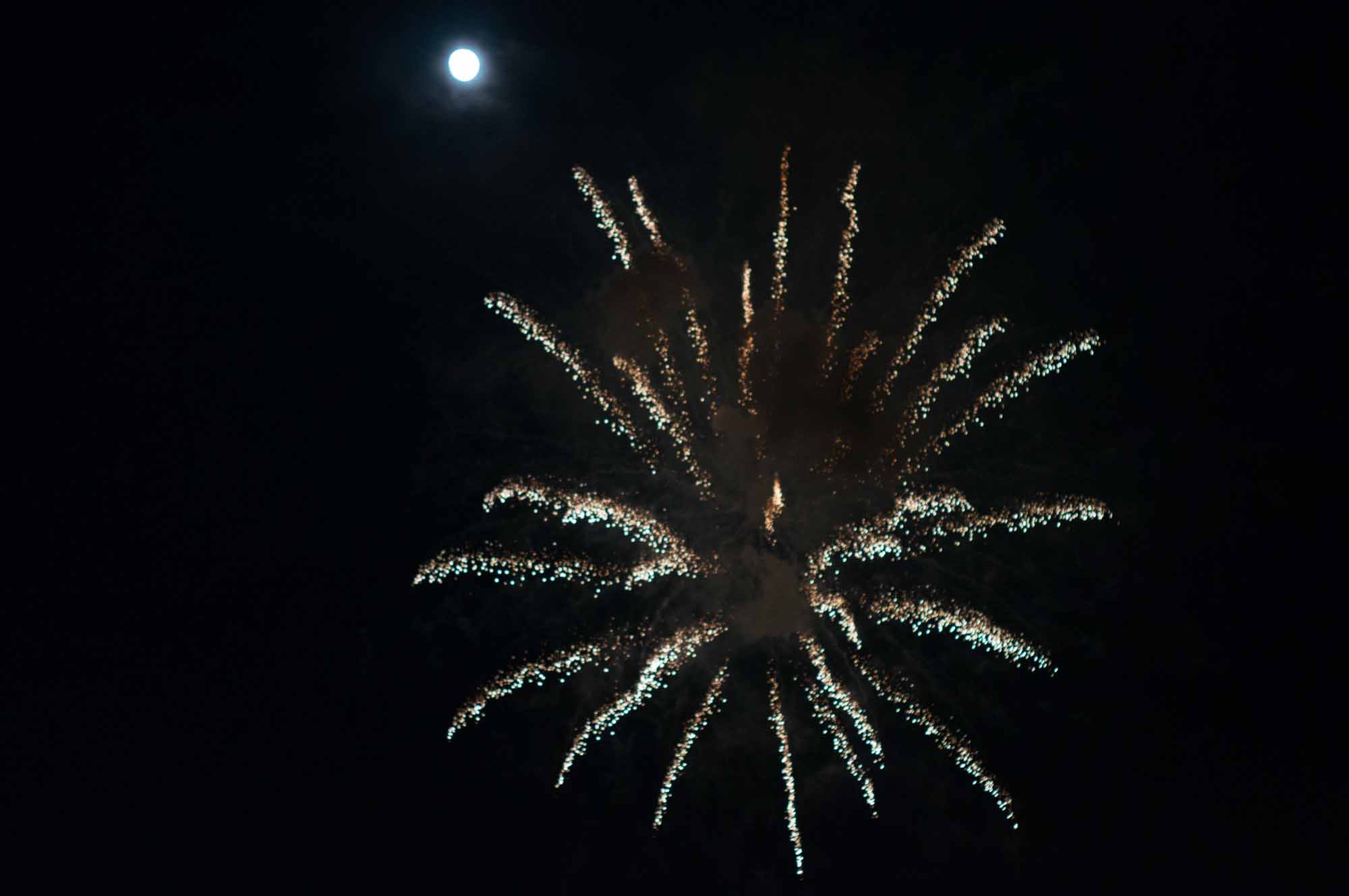 We watch the fireworks for a bit from the aquarium arena, which has a pretty good view, then make our way back to the station.