Going to the local zoo has become a circumstantial ritual for every city we have visited. One way or another, we always seem to end up at the city zoo. Zoos and the occasional botanical garden are a fail-safe way to ensure we don’t just wander around a city and gorge our faces. These kinds of places are usually enjoyable and relaxing too.

So today we headed out to Okazaki Higashi Koen (岡崎市東公園動物園). Just a bus ride away from where we live, the park has a free public zoo on its grounds. The zoo’s animals could be inventoried on a single sheet of A4. Fair warning, older zoos tend to have animal enclosures built around the notion of seeing the creature unimpeded, rather than observing it in a natural, free roaming environment. This kind of thing might be disheartening for some, but the animals here seemed well cared for.

On our way into the park, we decide to stop and observed some of the local wildlife. Koi fish are everywhere in Japan, this pond is no exception. Pigeons may be even more abundant than koi fish. This particular pigeon could care less as I inch closer and closer. Enough of the natural wildlife though, I want to see some real animals. When we arrive at the zoo, a group of school children had gathered in a small grassy area to eat lunch. (Clearly, we didn’t arrive in the morning as intended.) 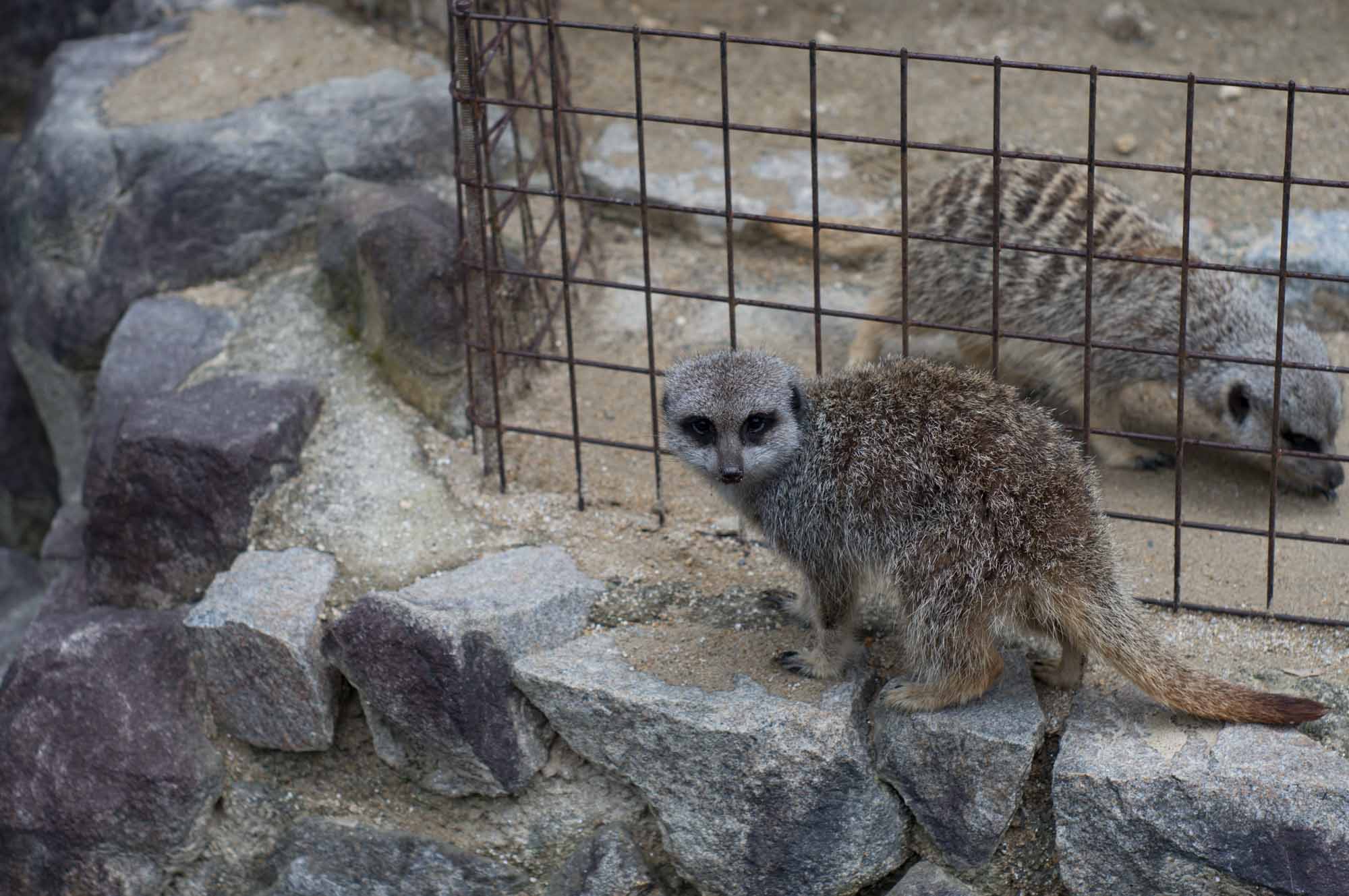 First stop is the meerkats. And then on to the monkeys, who are also eating lunch. I’m not exactly sure what these guys actually are. They remind me of jackalopes. In typical peacock fashion, this peacock be strutt’n. At this zoo, you can the feed the elephant by purchasing a little bowl of elephant snacks. Place them on the conveyor belt and the elephant handles the rest by pulling on the belt to retrieve the treat. Today about fifty kids took turns feeding the elephant, followed by two grown adults who couldn’t resist. After my wife kissed the groundskeeper goodbye, we left the little zoo for home.

Overall the zoo was pretty enjoyable. Free admission makes it a nice way to spend the day. The park that surrounds the zoo also has a lot to offer including seasonal events, so we will probably go back soon.