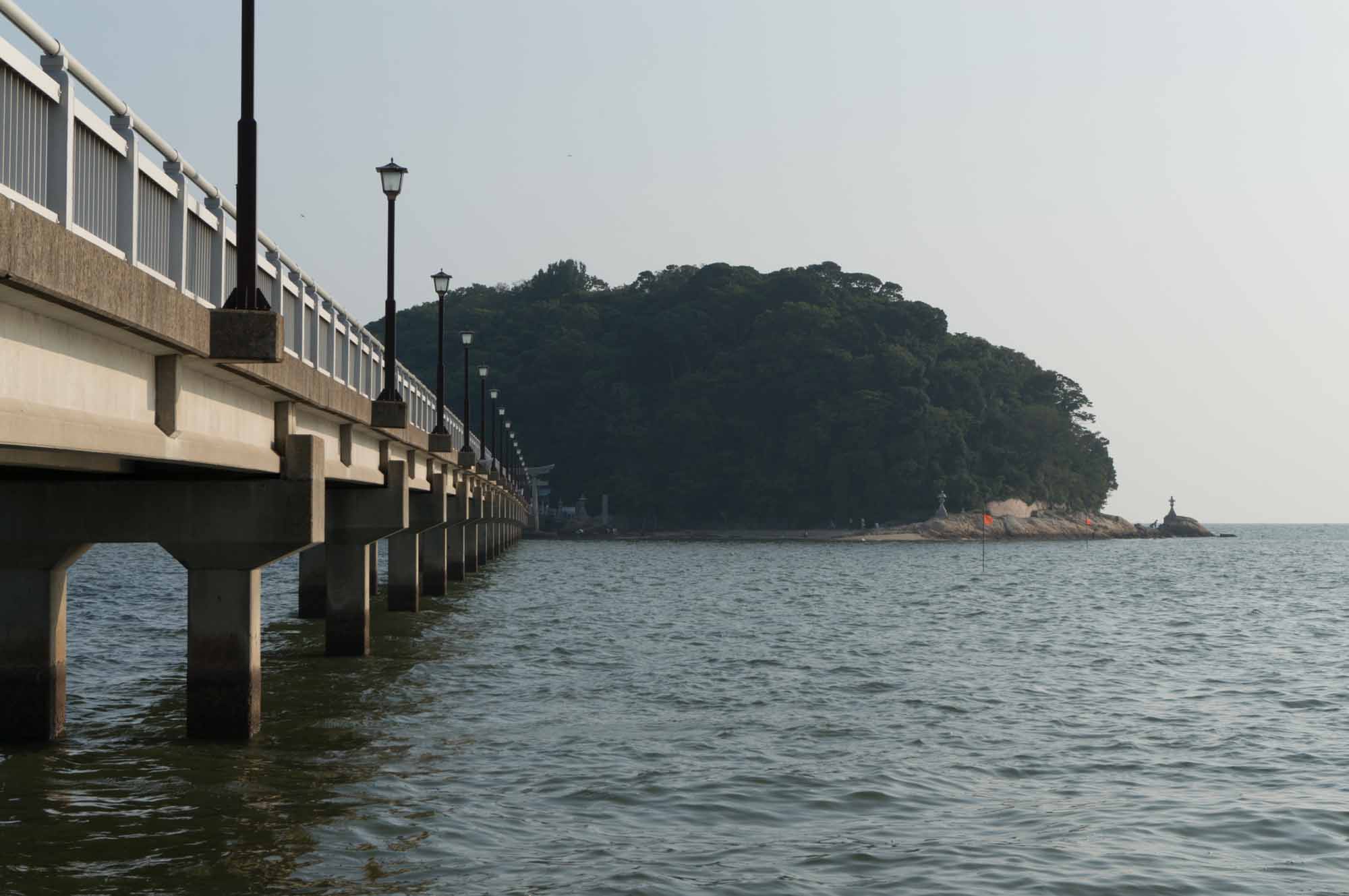 It’s finally time to visit the nearby city of Gamagori. Located by the sea, the town is known for hot spring resorts and oranges. Today however, we visit Takashima Island, a tiny bulb of dry land in the bay. An assortment of shrines call the island home and a pedestrian bridge provides access from the mainland. 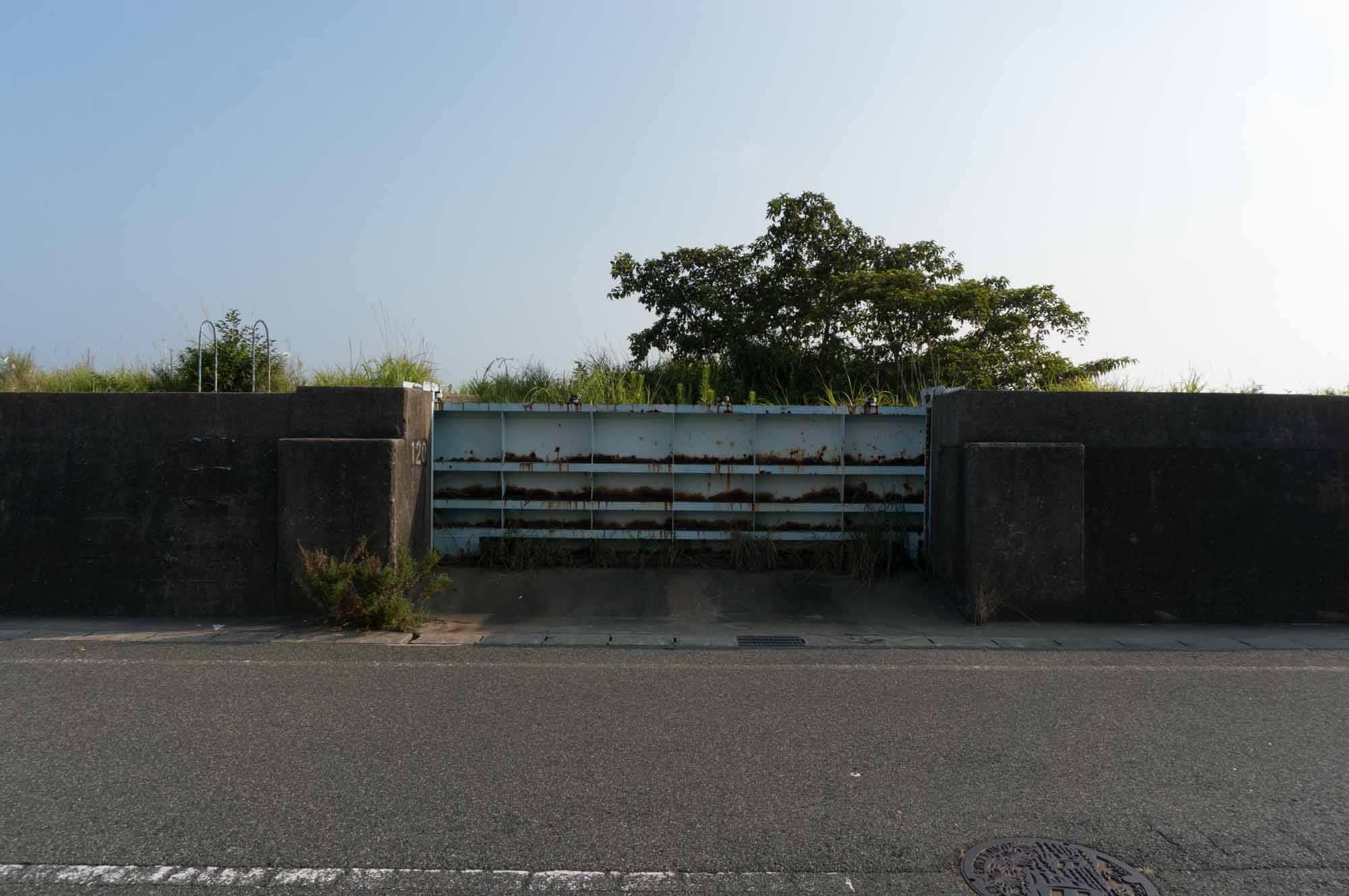 After catching brief glimpses of the sea walking from the station, a seawall blocks the view from the street near the beach. 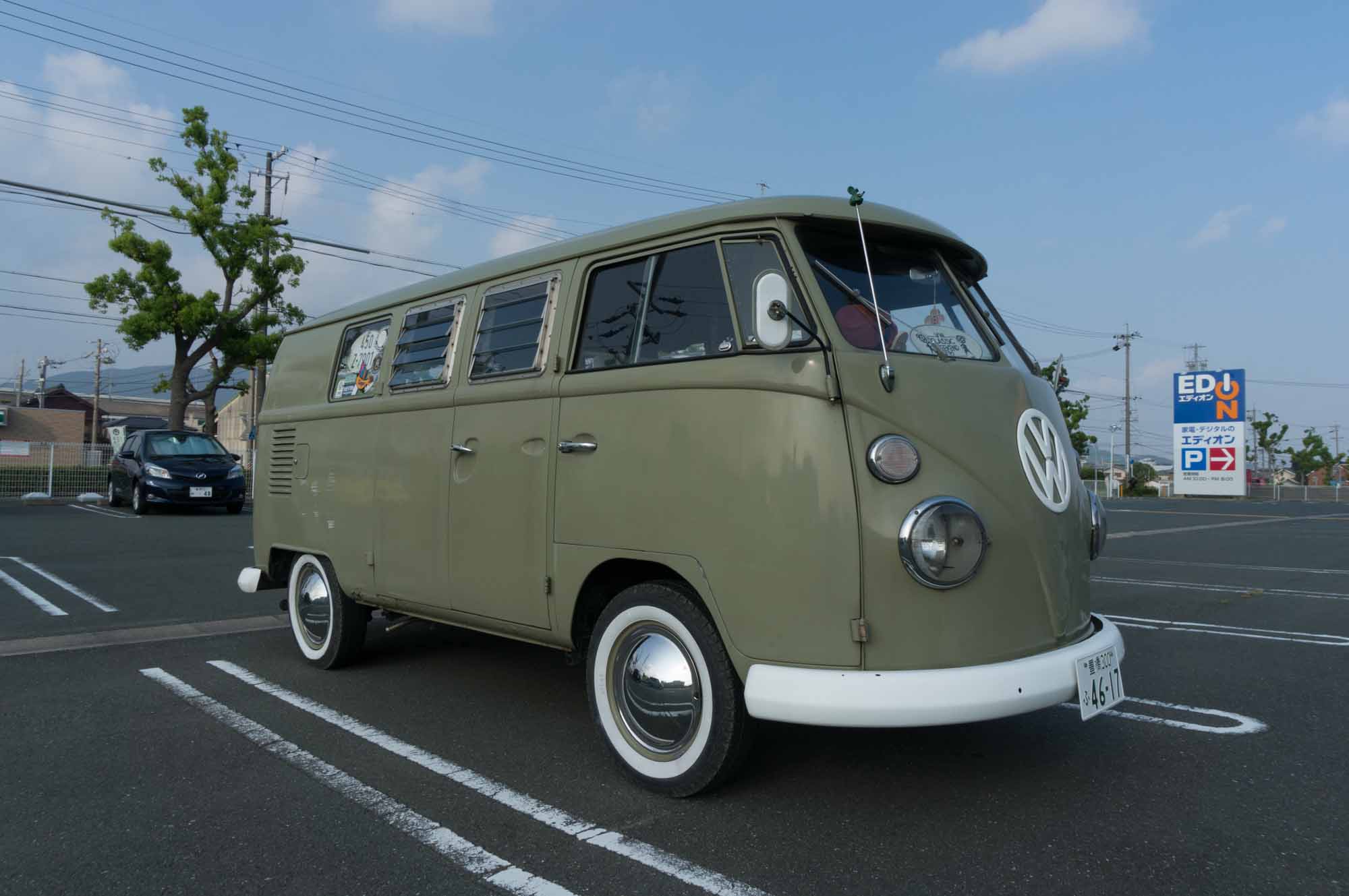 Following the street along the seawall eventually leads back to the main road. There sits a classic Volkswagen Bus to give off a beach-town vibe. 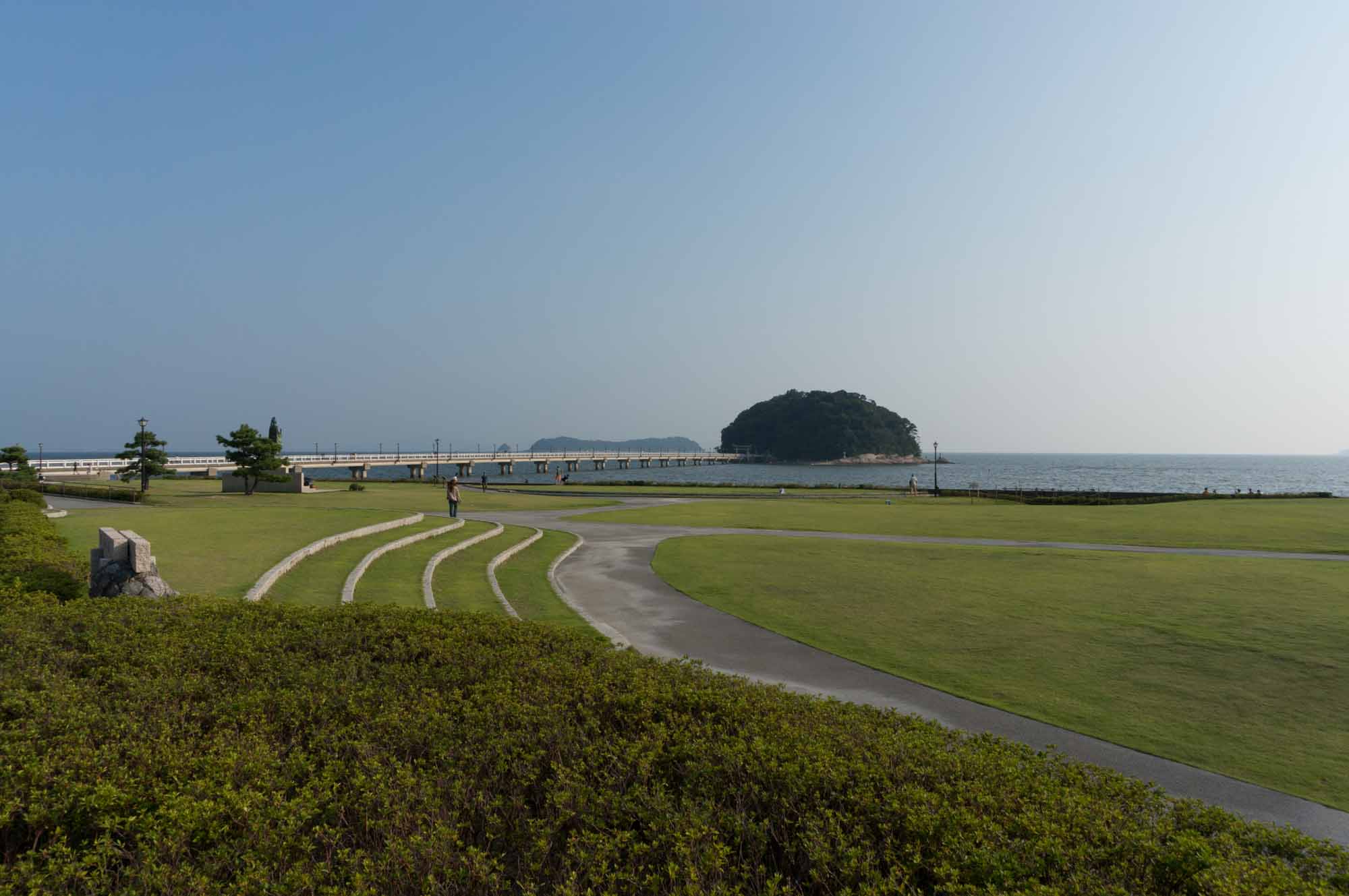 After arriving in a well-kept park, Takashima Island comes into view. Even though it was a humid summer day, the sea breeze coming in from the bay muted the heat a little. 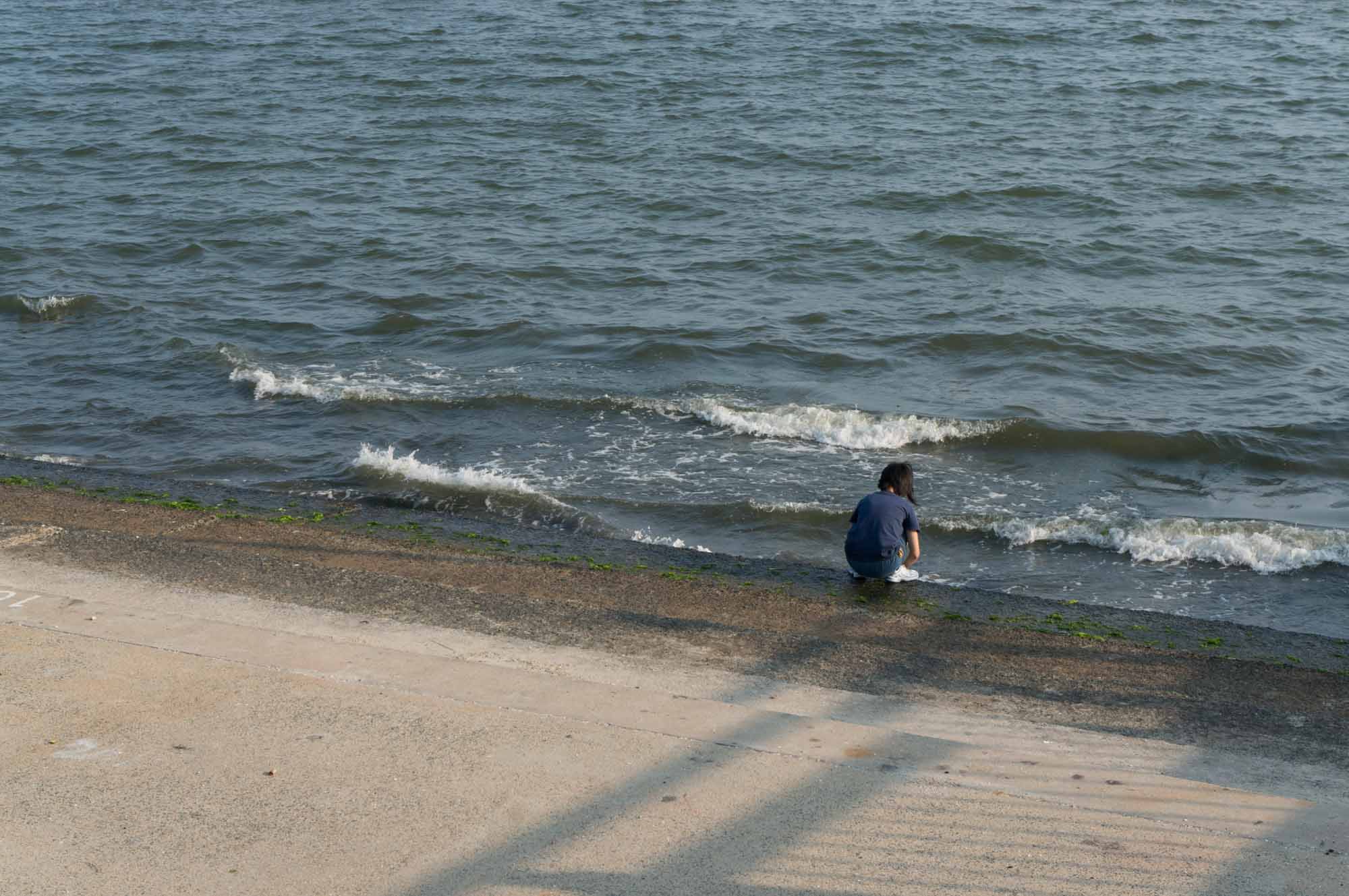 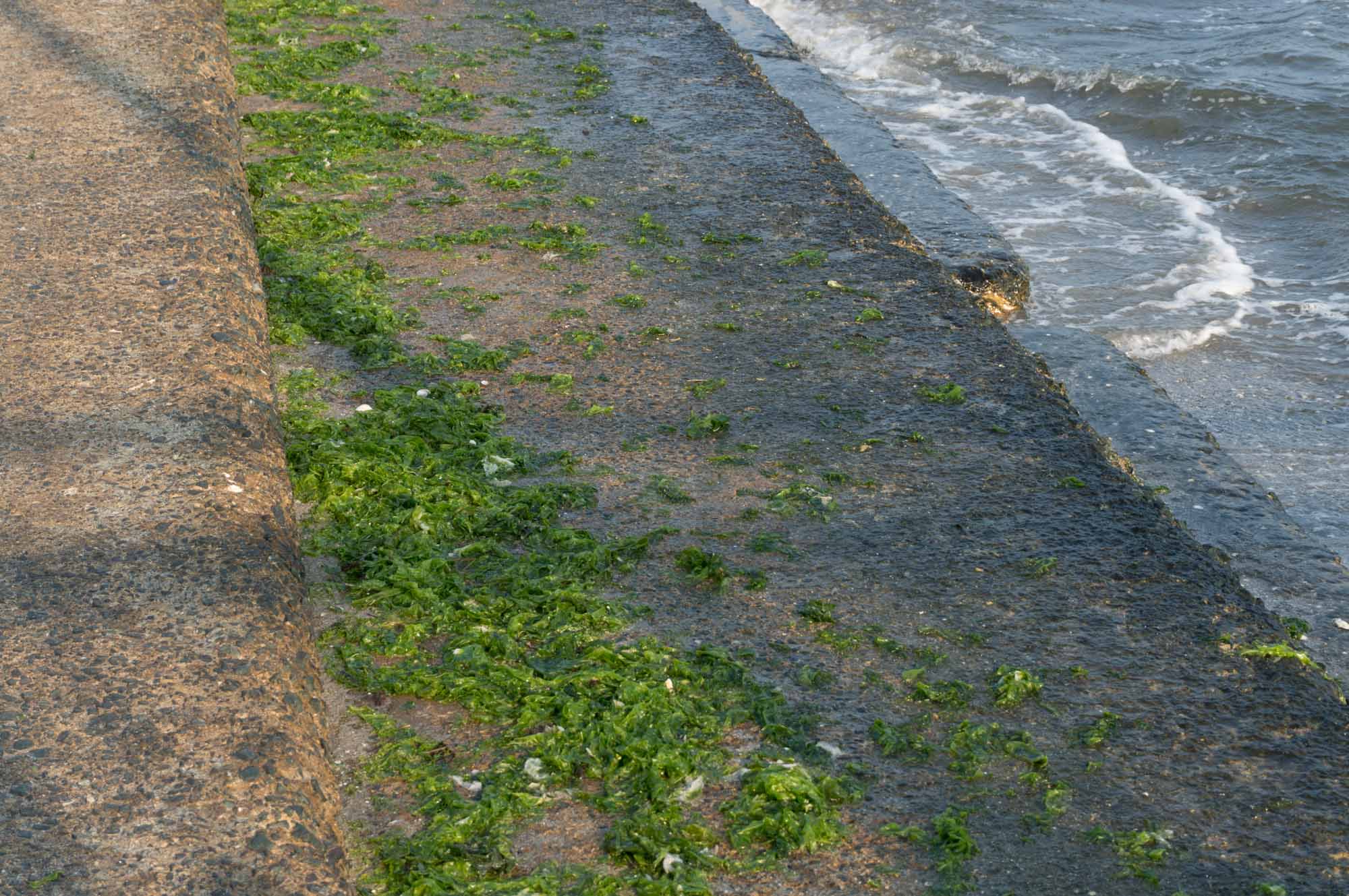 A kid plays down by the water where a lot of green algae washed ashore. 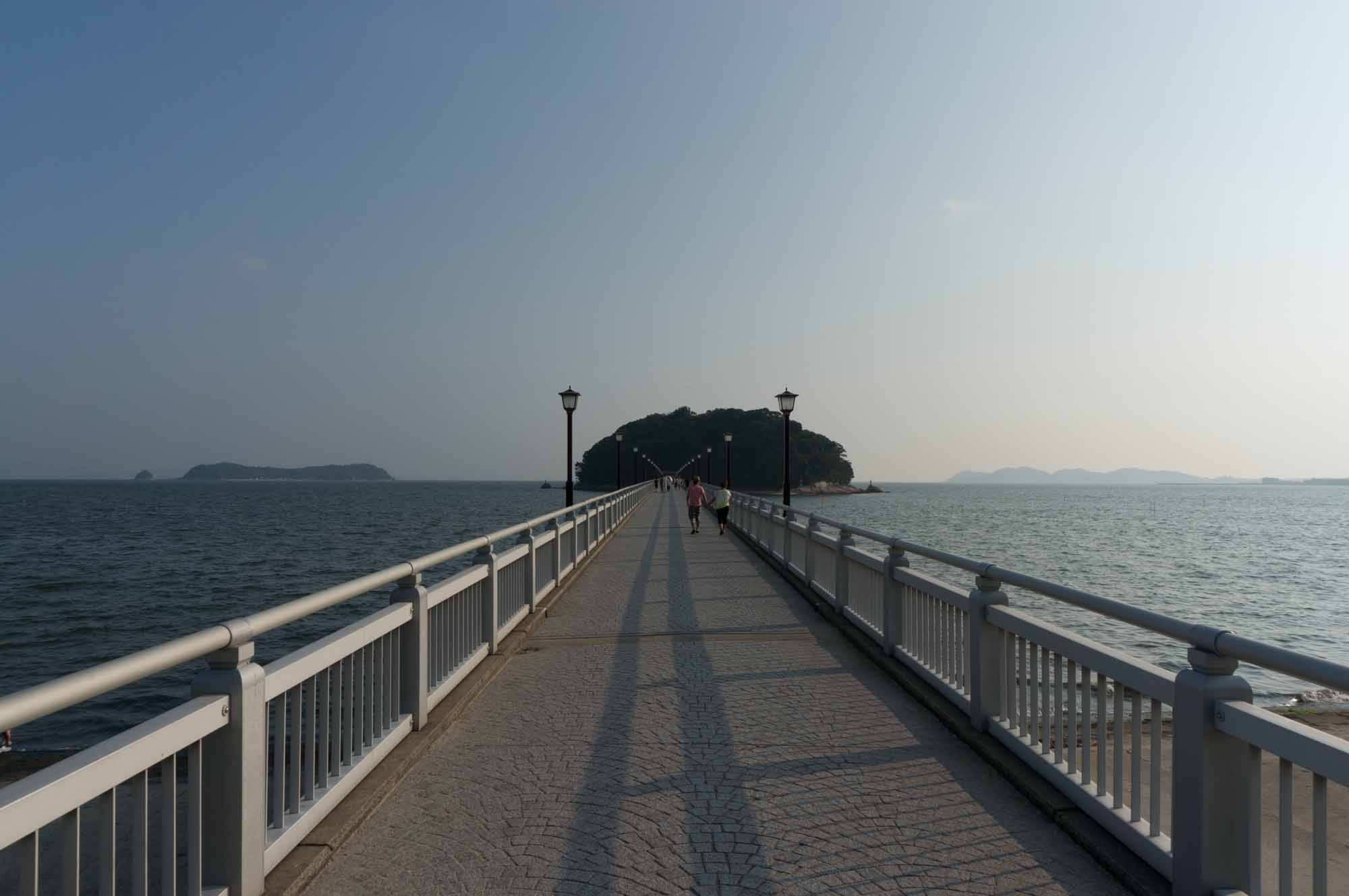 At the start of the bridge, one point perspective reveals itself. 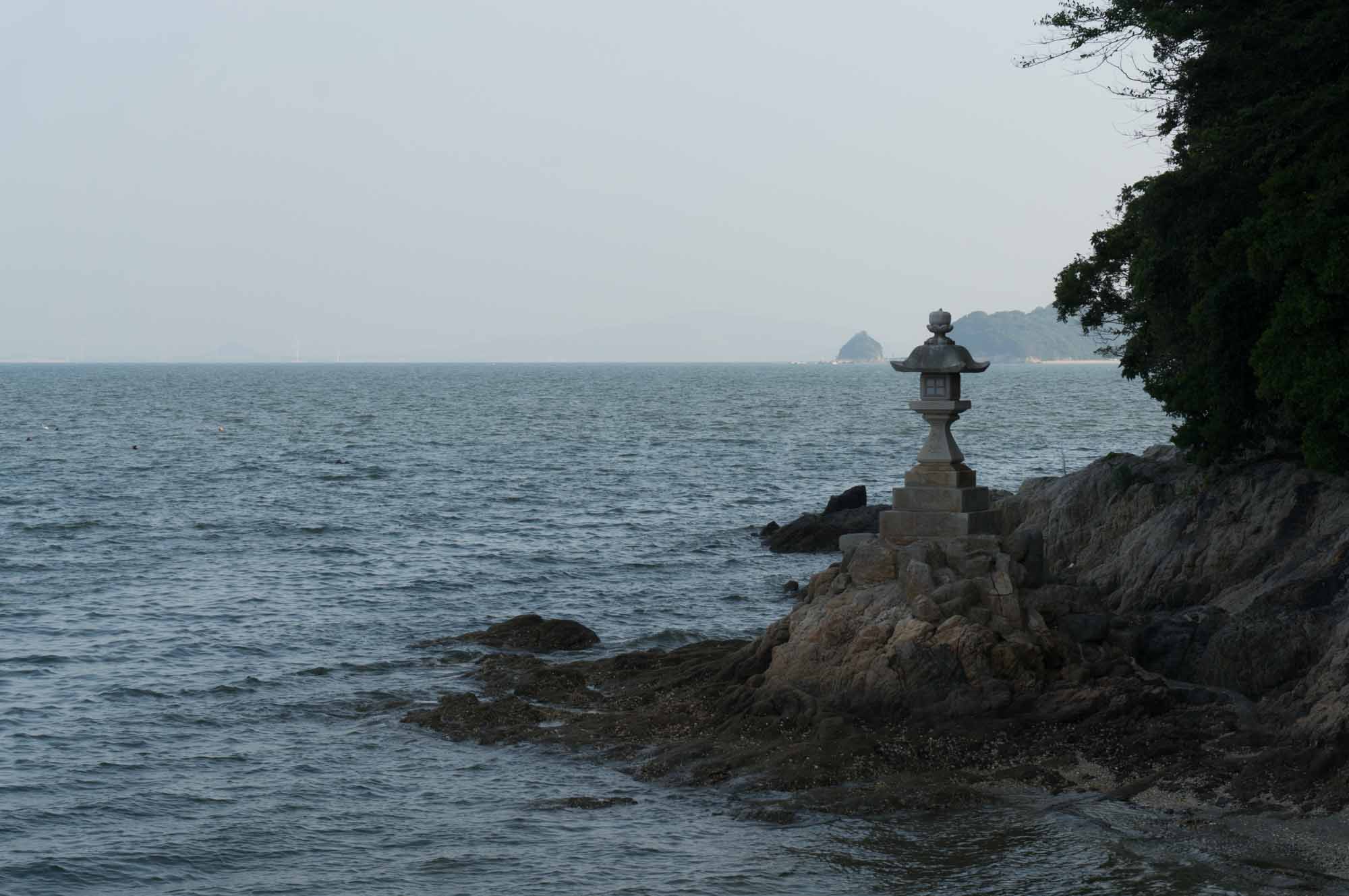 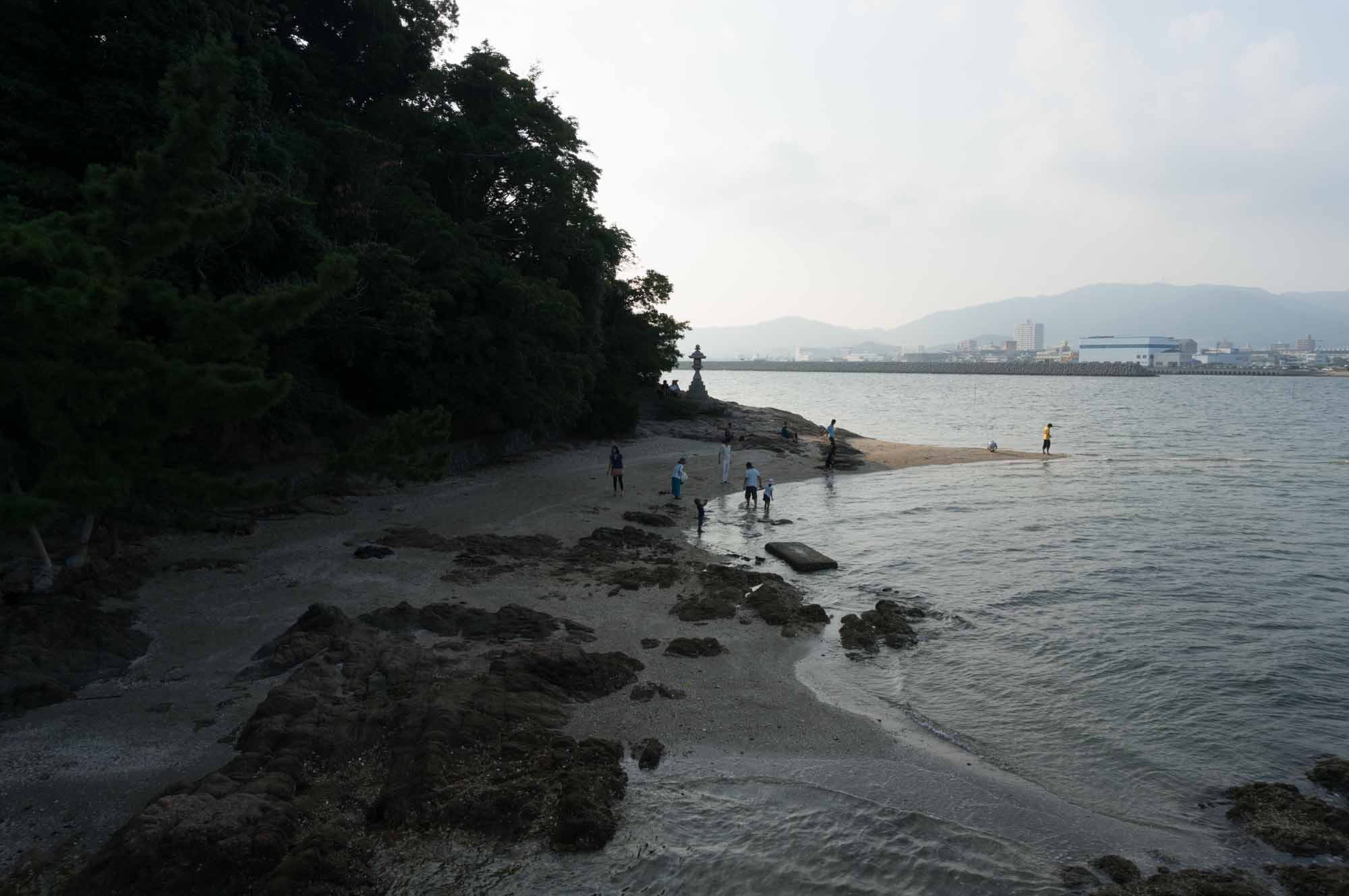 Passing under a Torii gate at the other end of the bridge, a stone lantern sits to the left while people wander on the beach to the right. 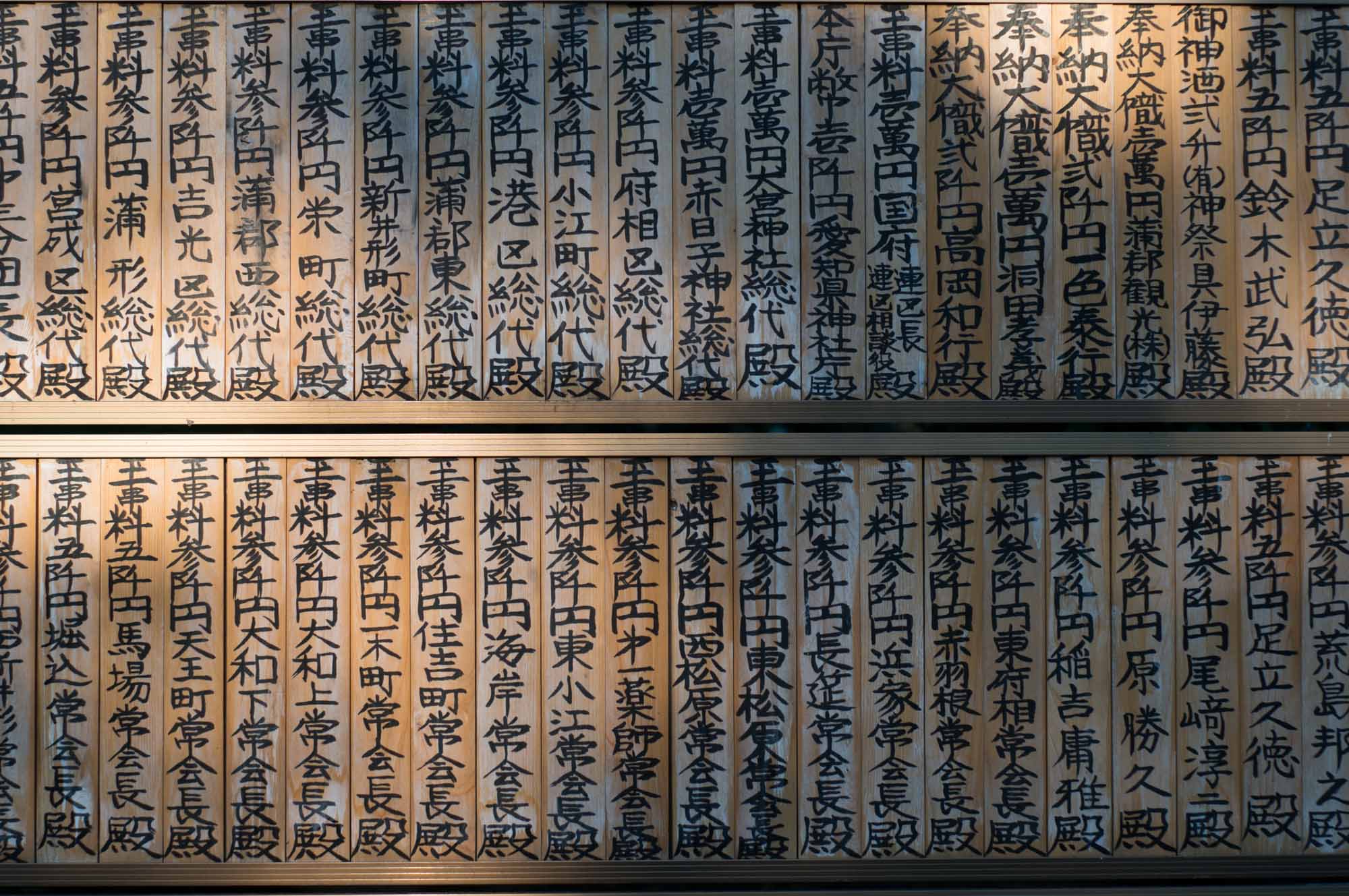 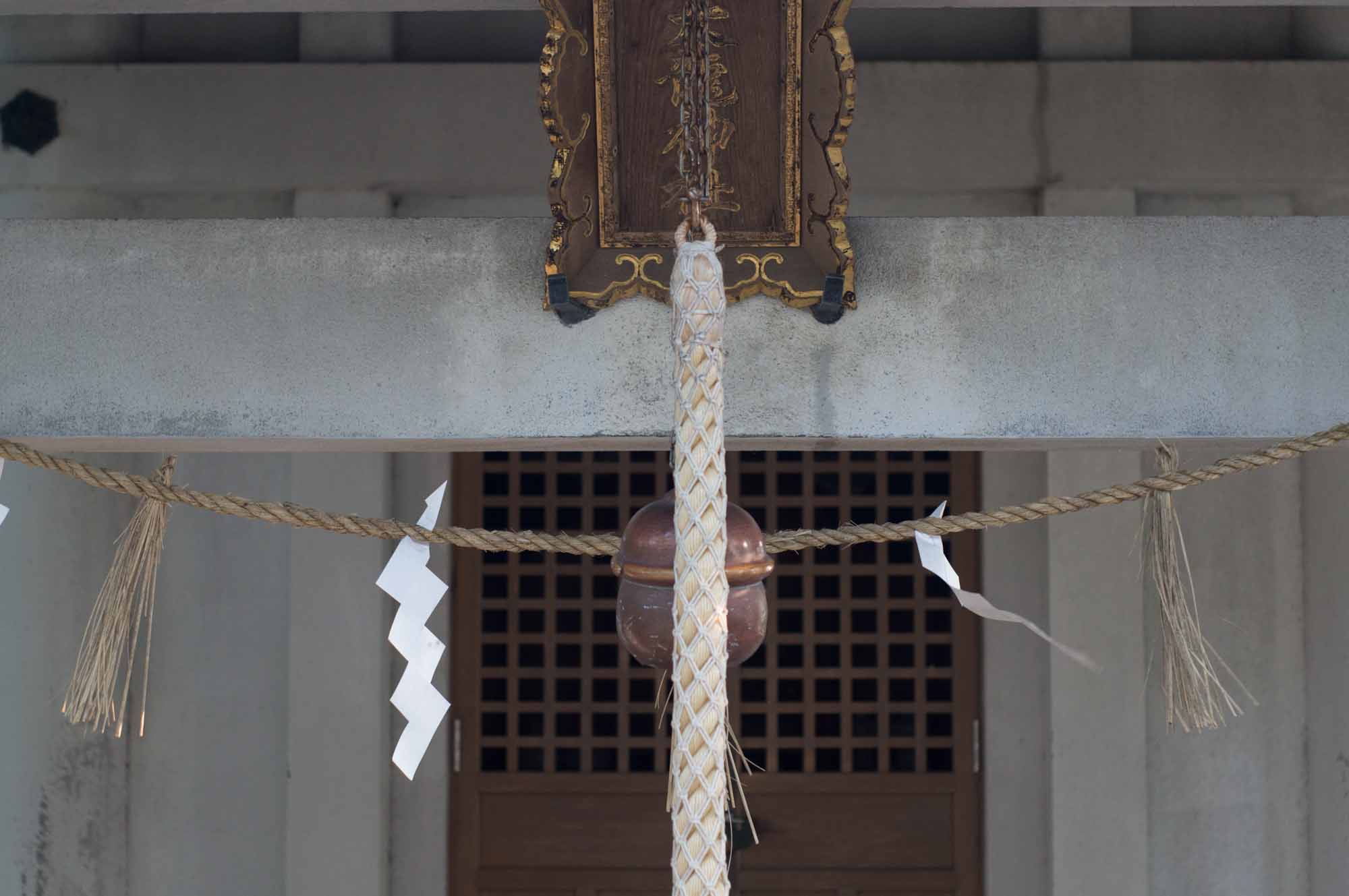 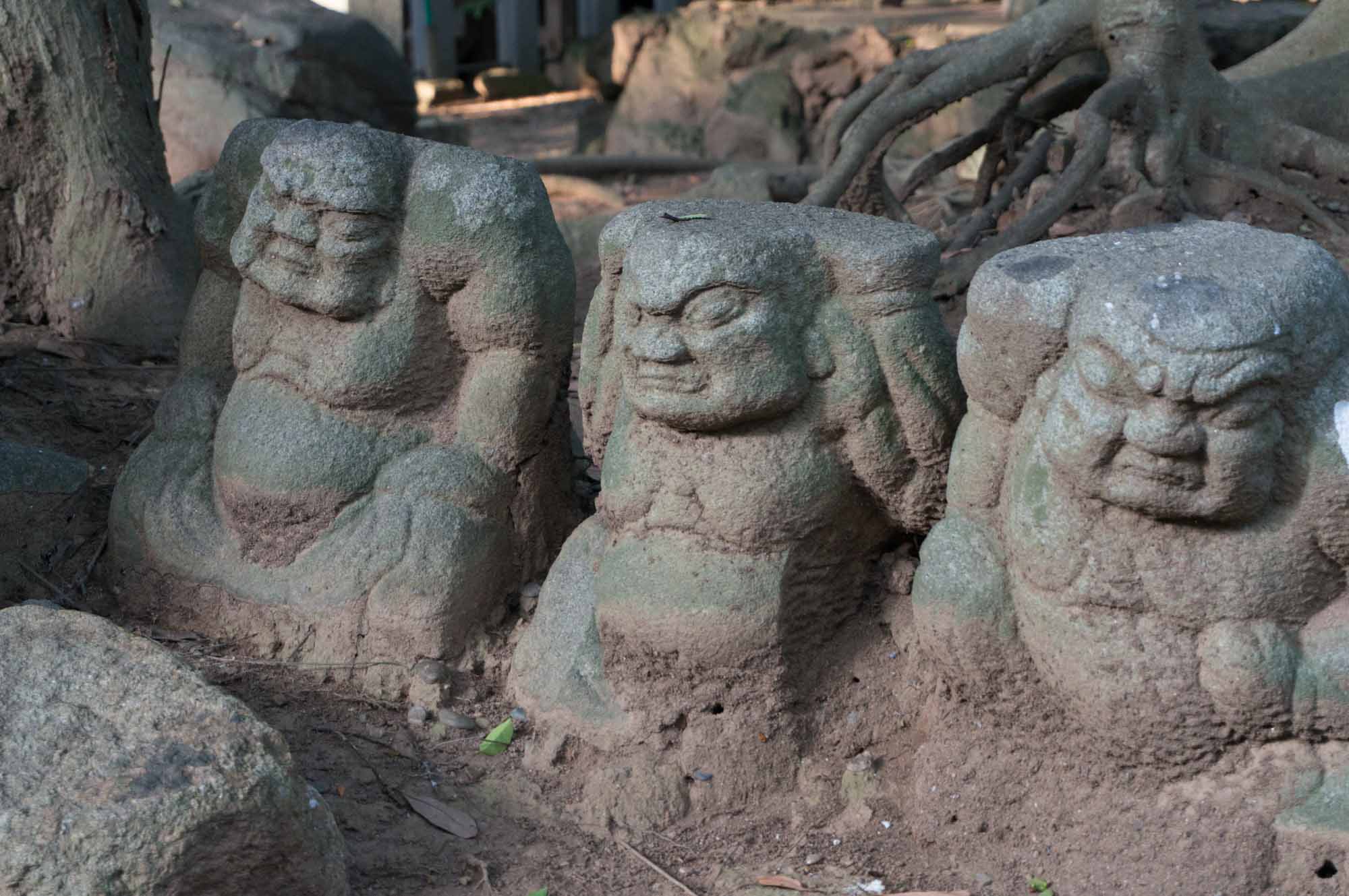 Climb the steps up to the top of the island to visit the shrine. Even if it is officially closed for the day, there is no problem with exploring the grounds. 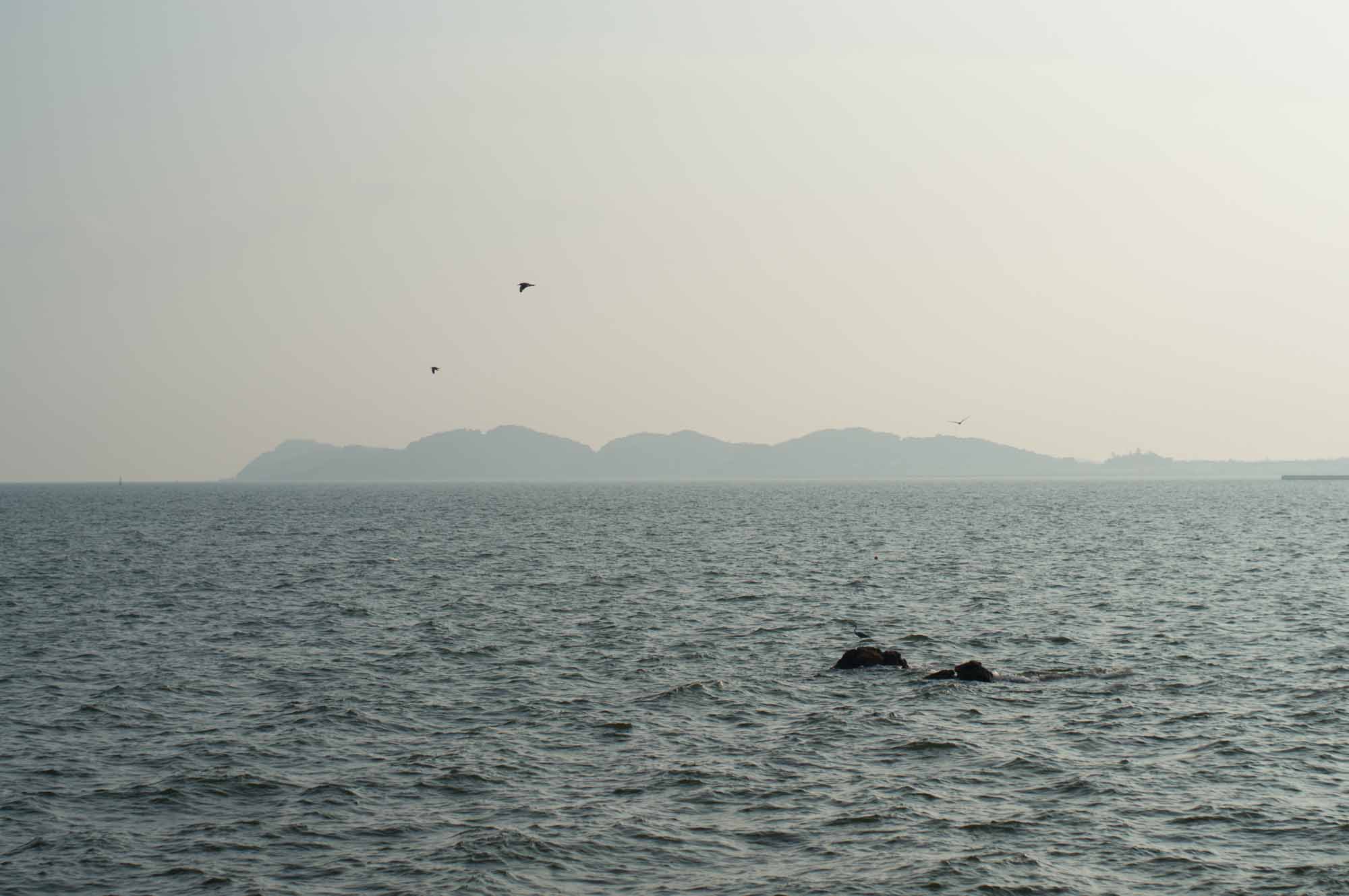 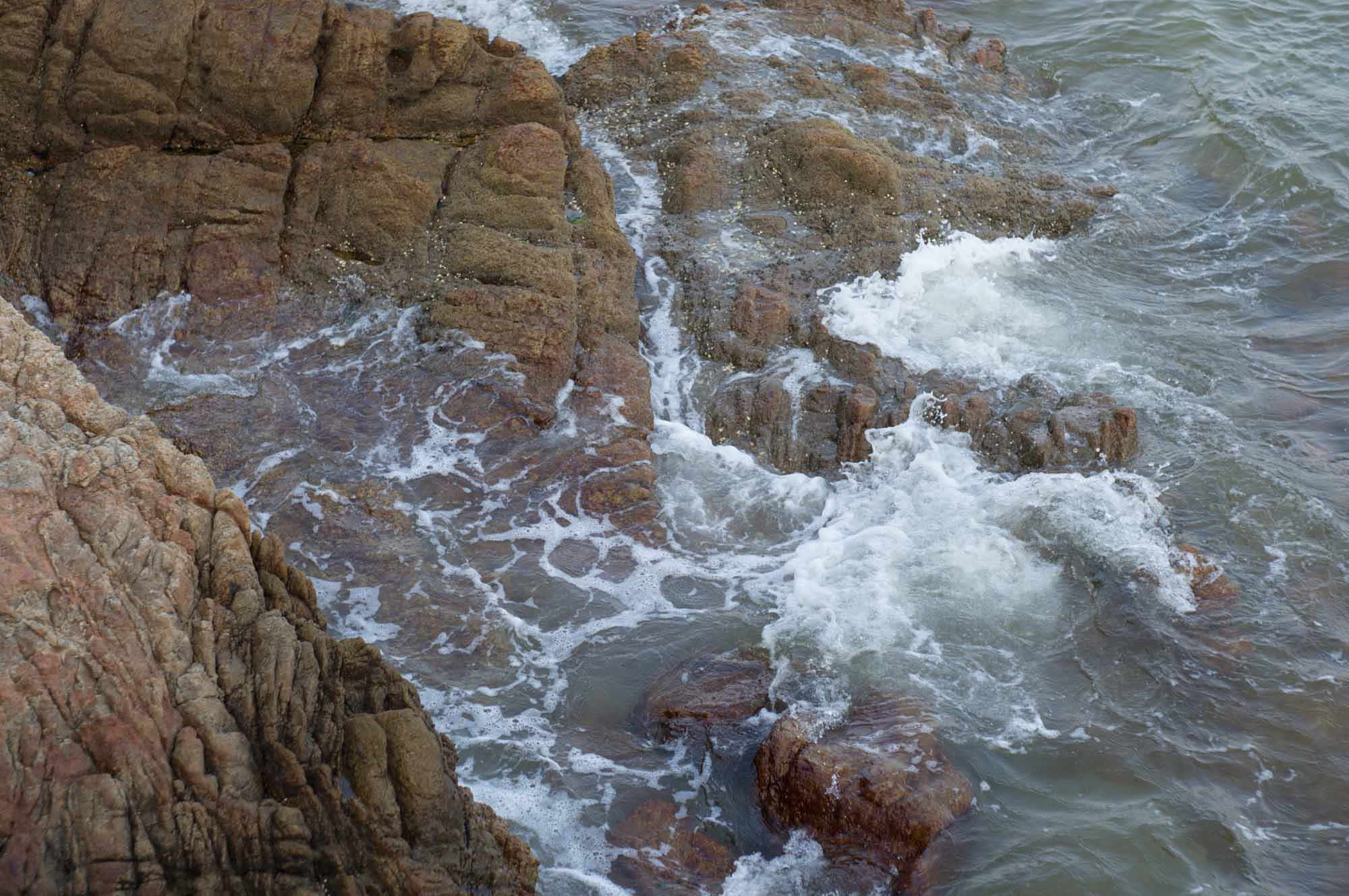 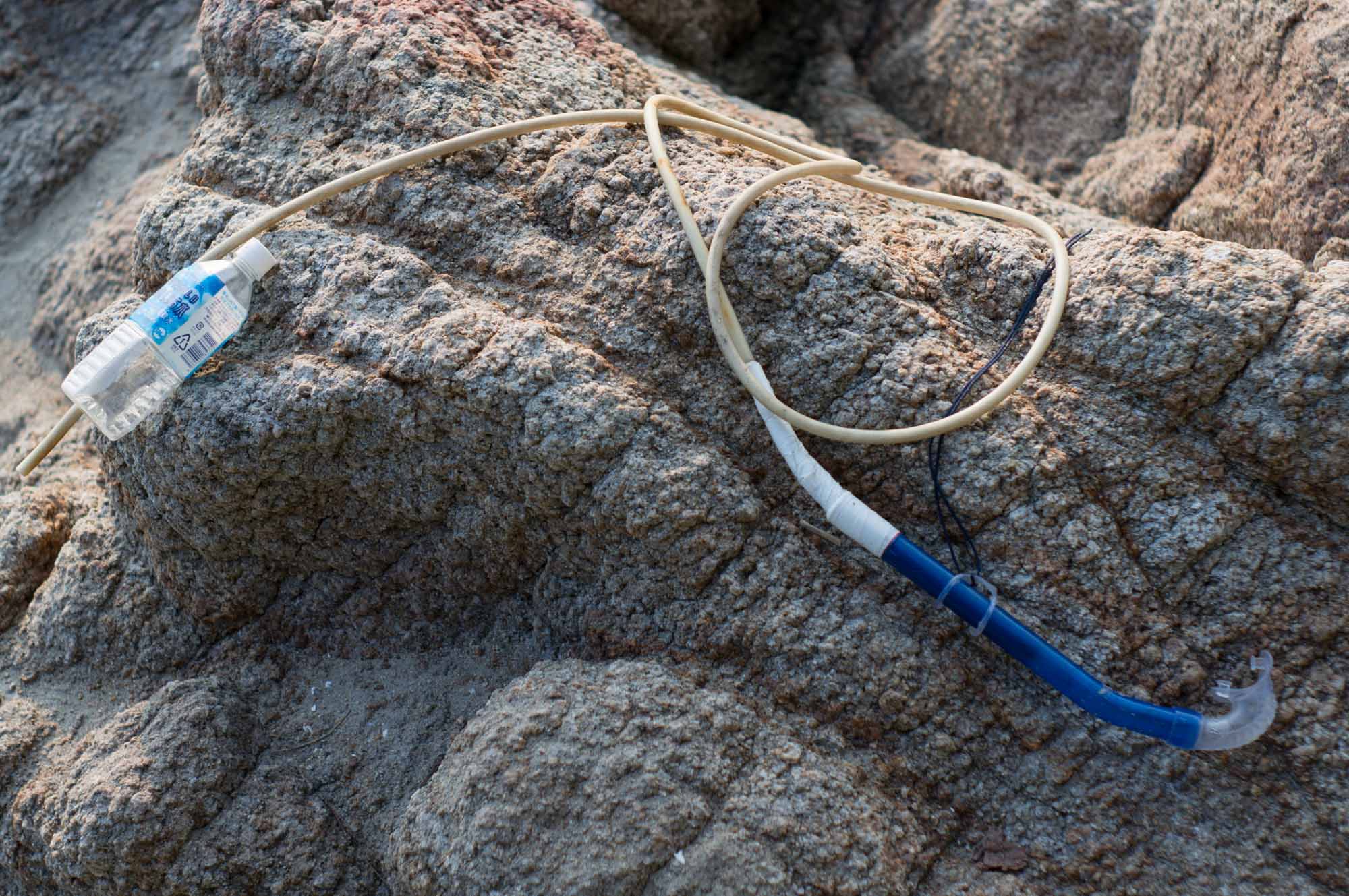 Someone decided to modify their snorkeling equipment. The abandoned invention probably did not work as intended. 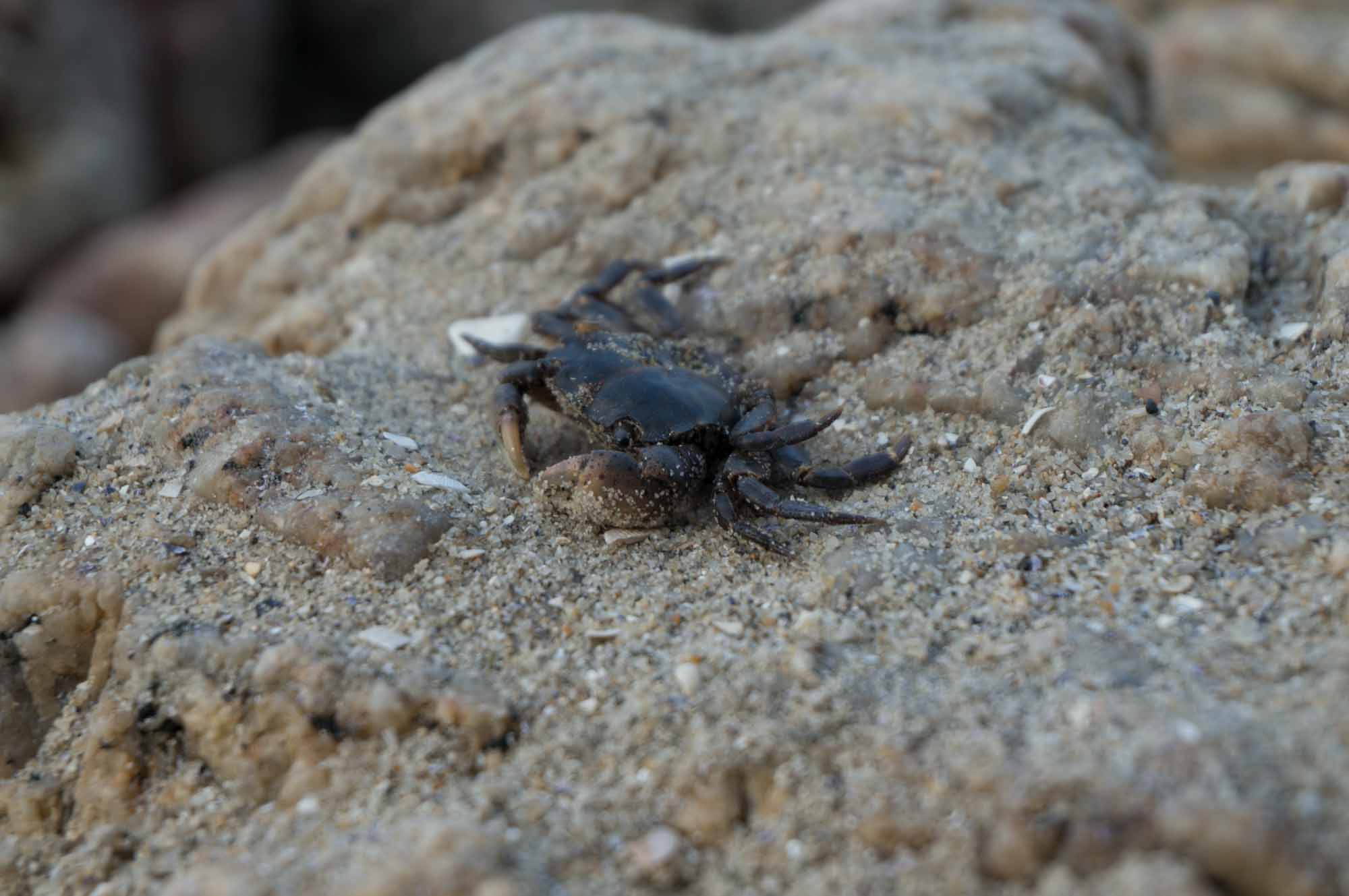 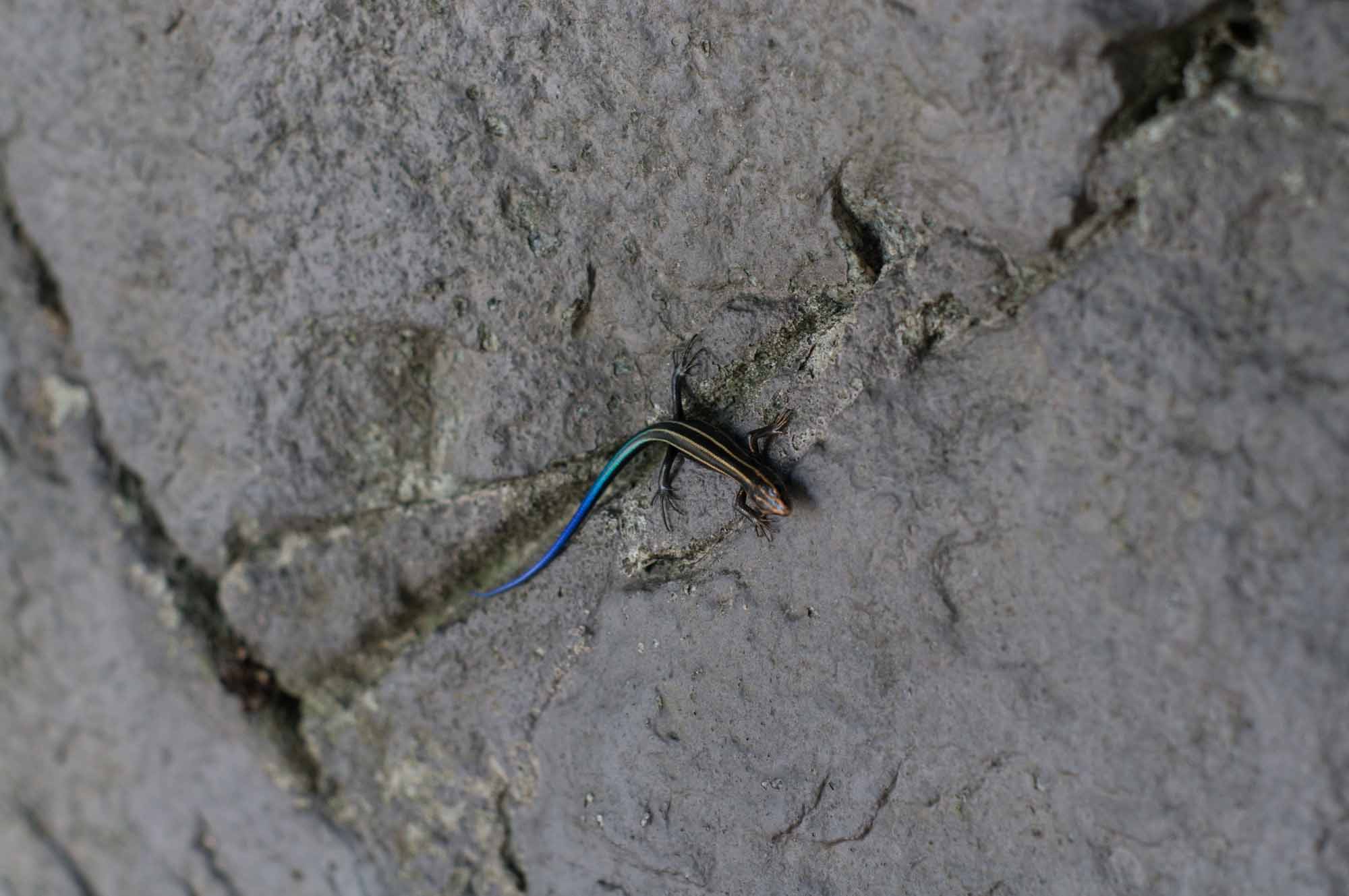 A concrete path leads back around to the front of the island. Crabs and lizards make appearances along the rocky shore. 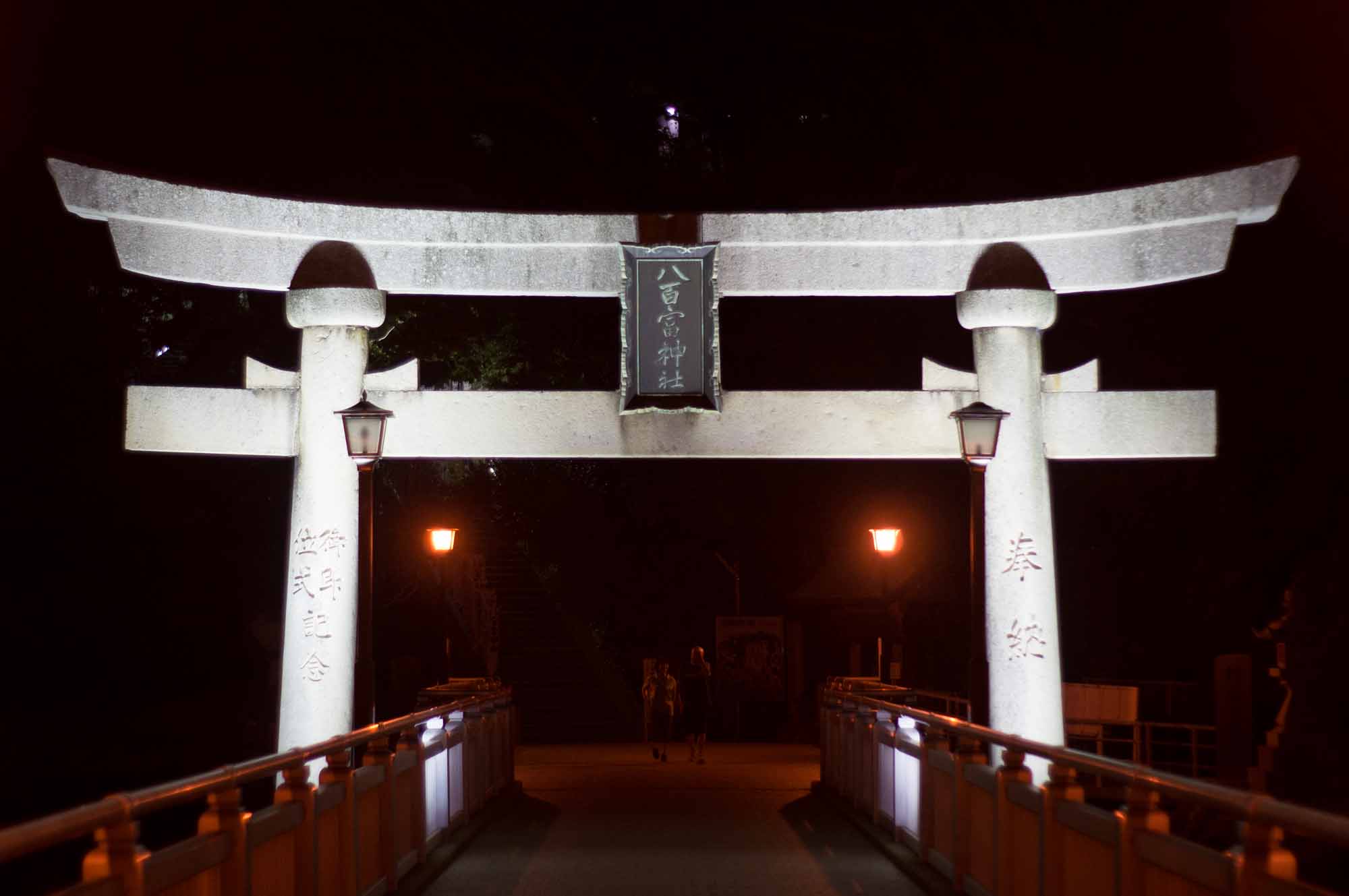 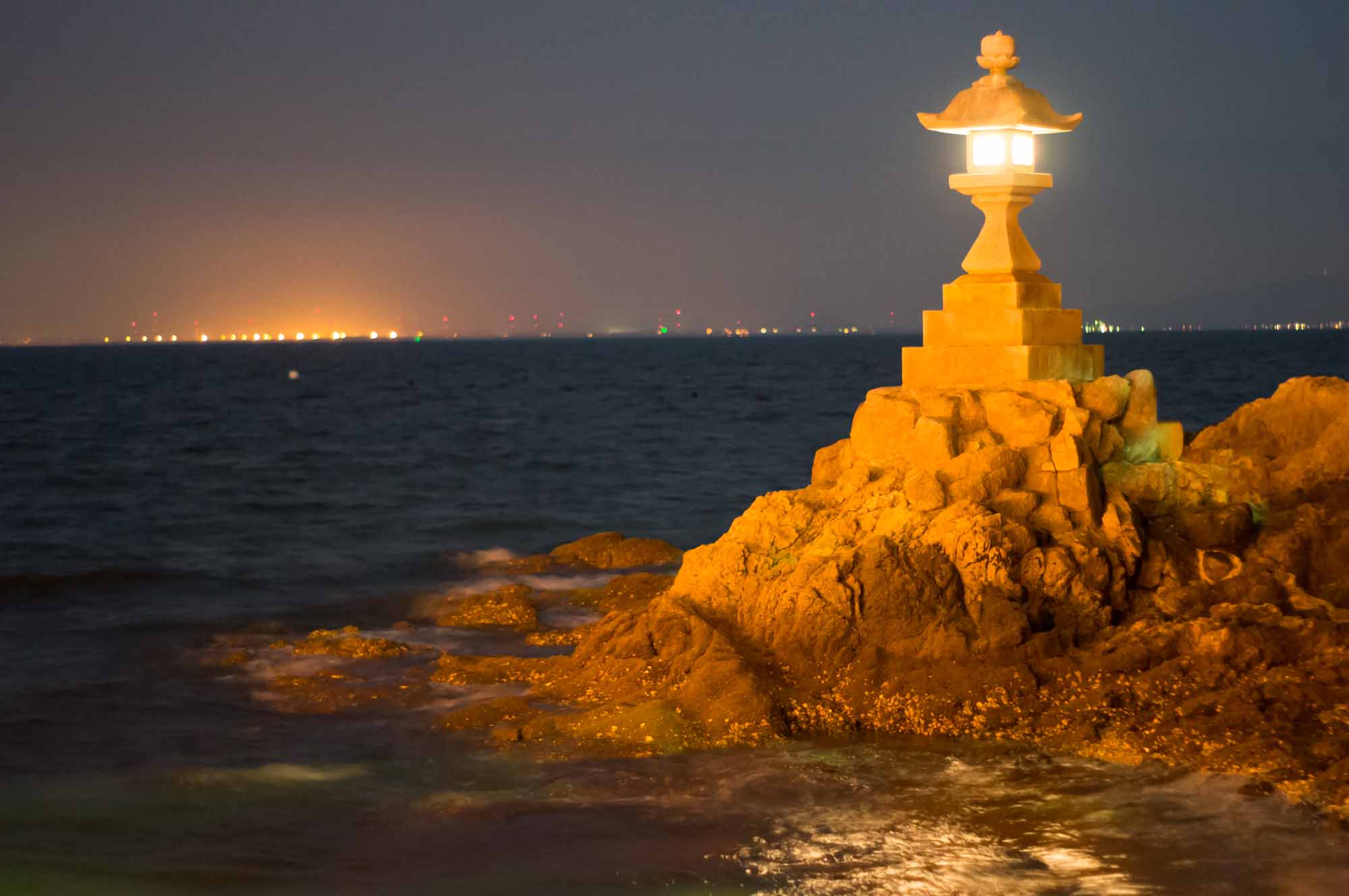 After heading back to the mainland for some dinner, we cross the bridge once again at night. The Torii gate and lanterns along the shore light up the island.