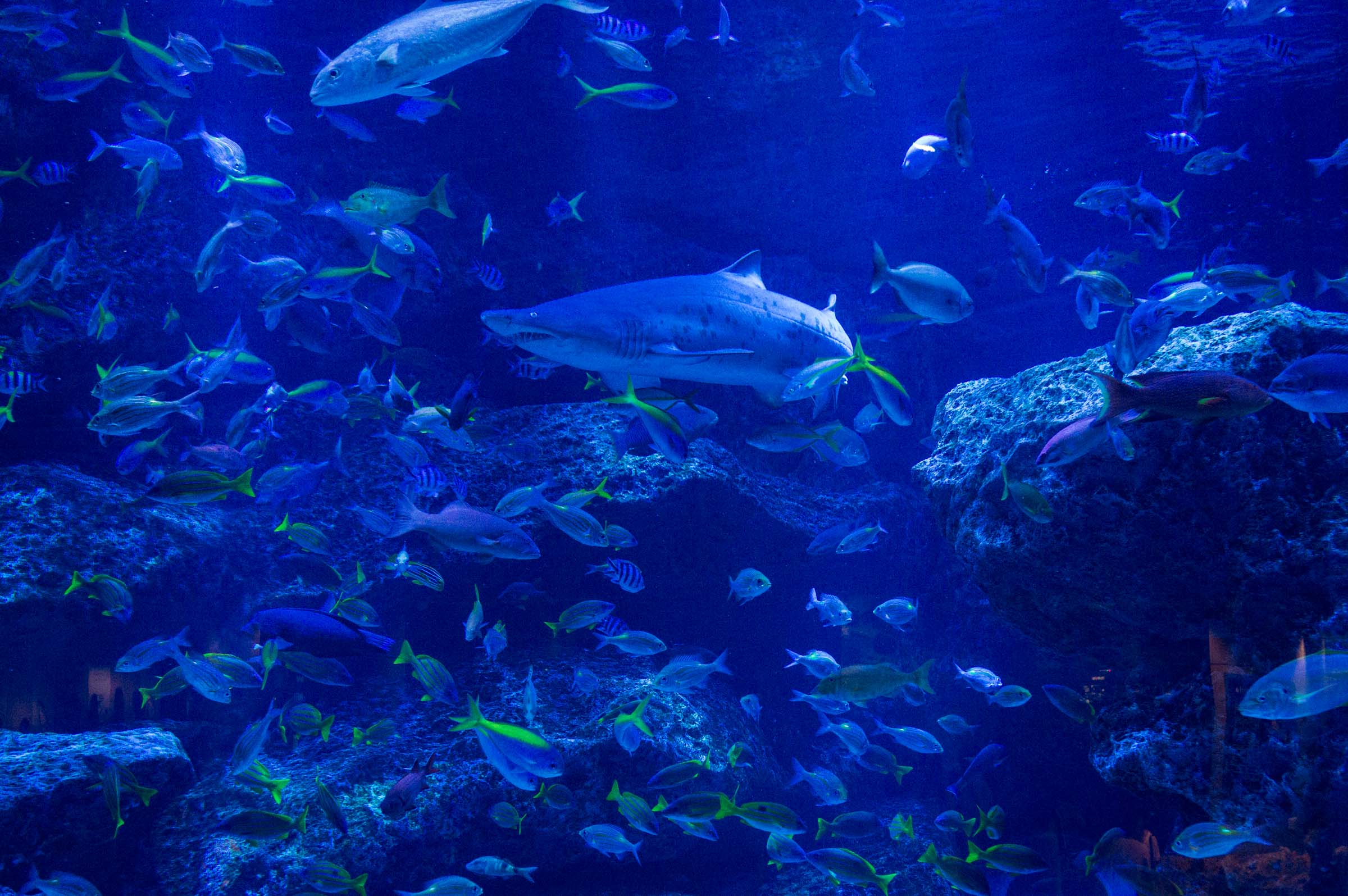 Another summer, another aquarium visit to escape the heat. The complex surrounding Tokyo Skytree includes the fairly new Sumida Aquarium. Although it’s small, the aquarium has some tricks up its sleeve. 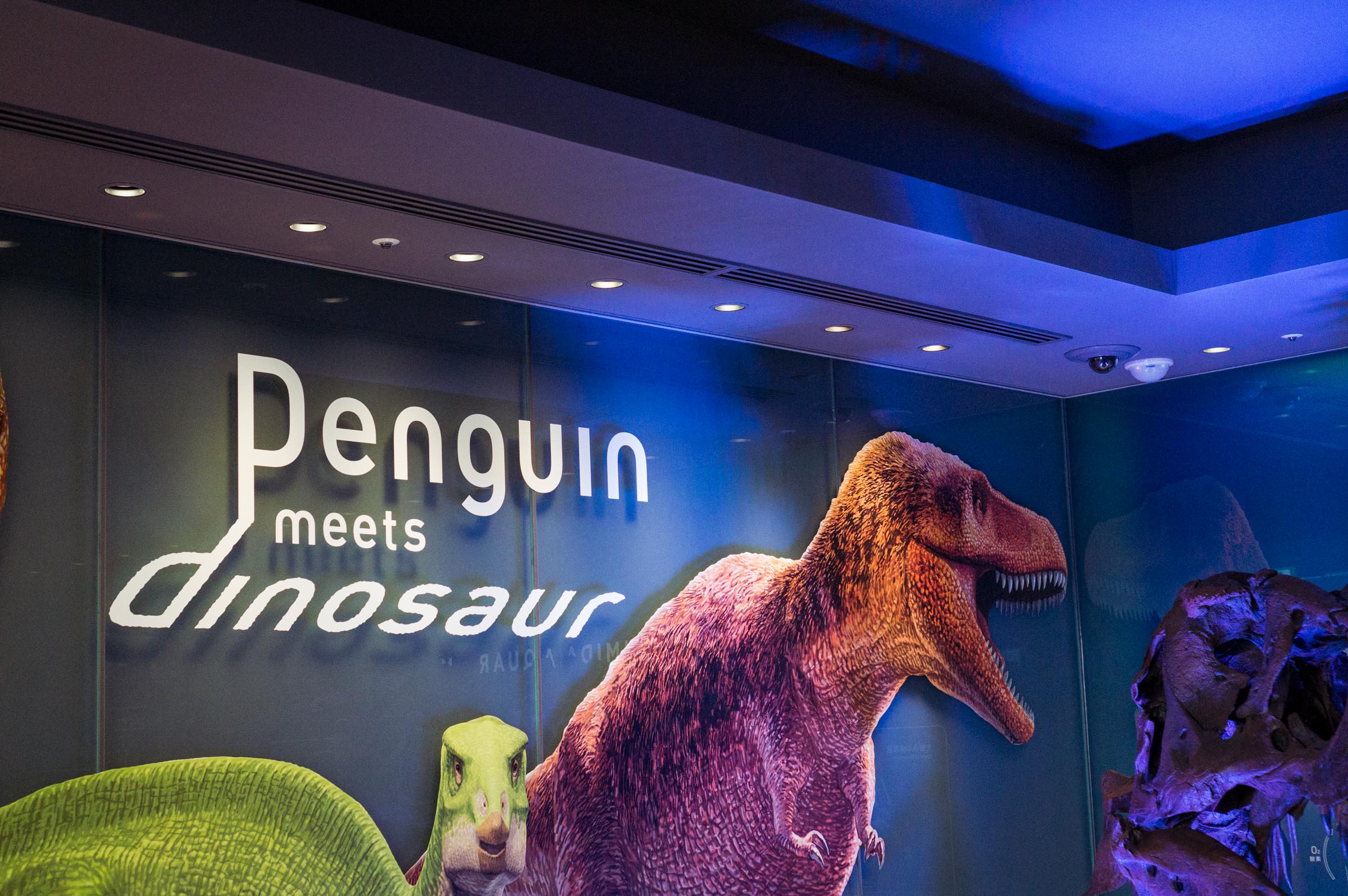 “Penguin meets dinosaur” sounds like an awesome science experiment. Sadly it’s simply a catchphrase for the seasonal exhibit, which features dinosaur fossils in proximity to the penguin habitat. 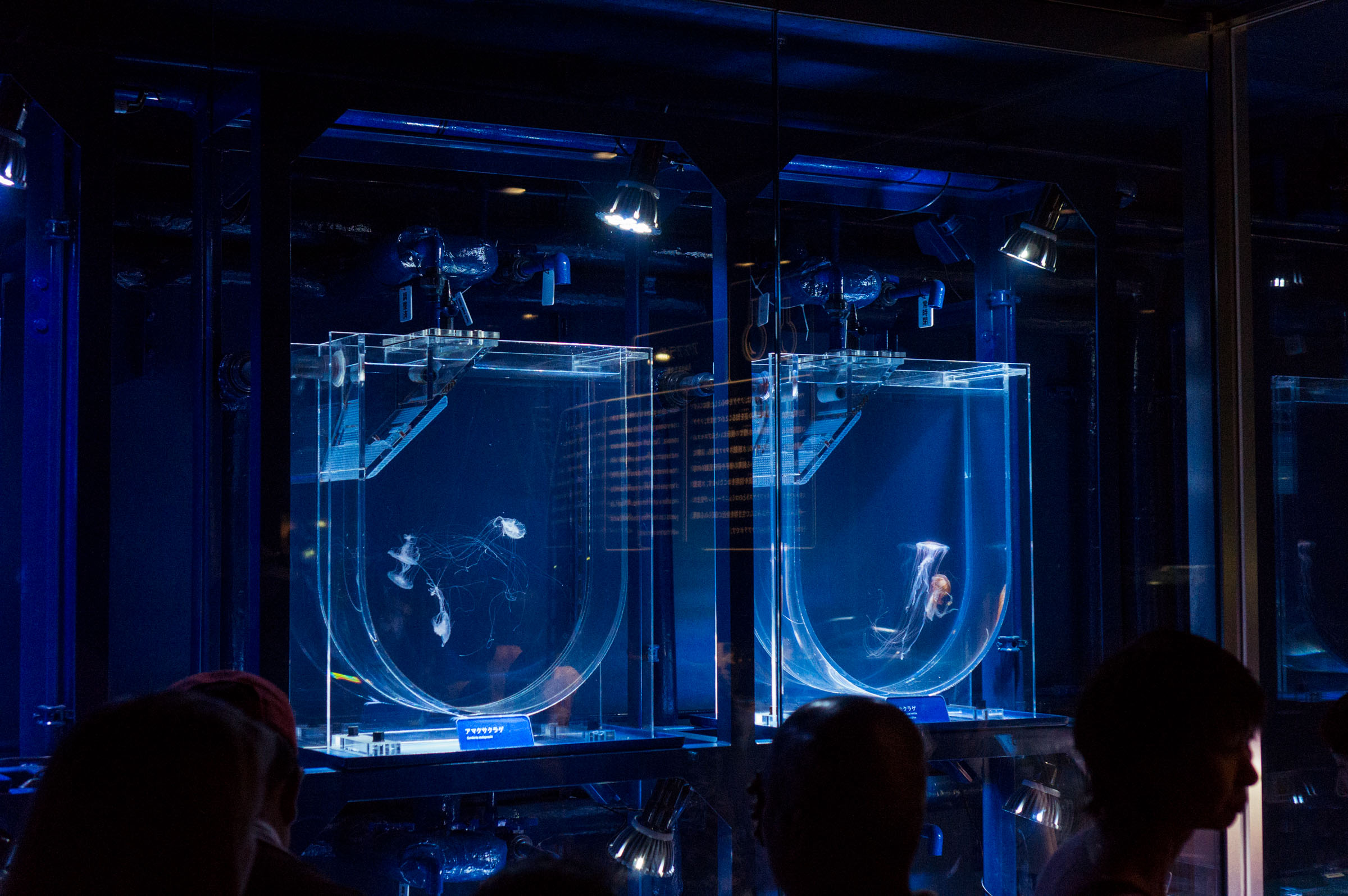 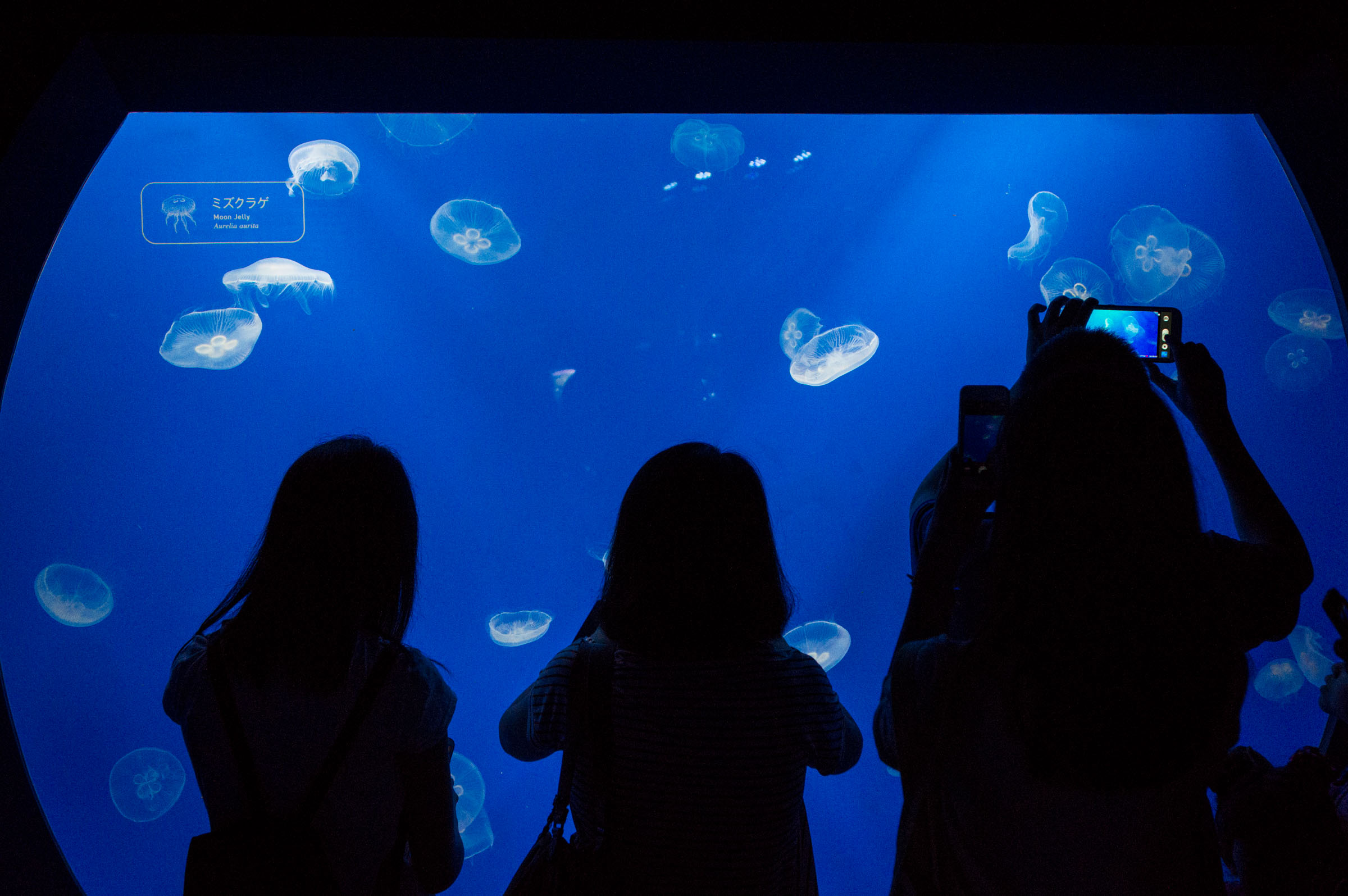 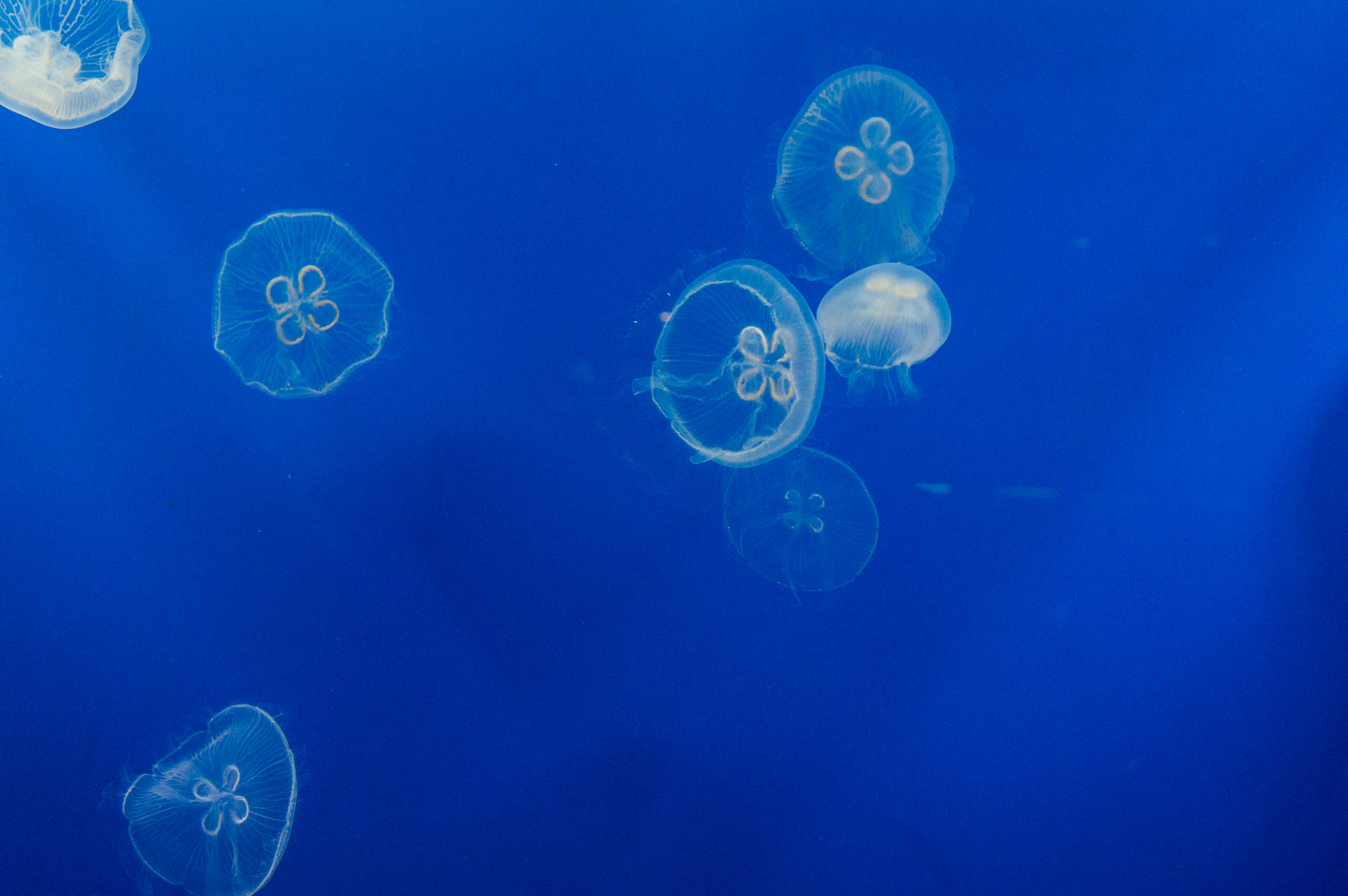 Dealing with jellyfish in person can be quite painful, even deadly. But behind glass jellyfish can be calming, even hypnotizing; like nature’s lava lamp. 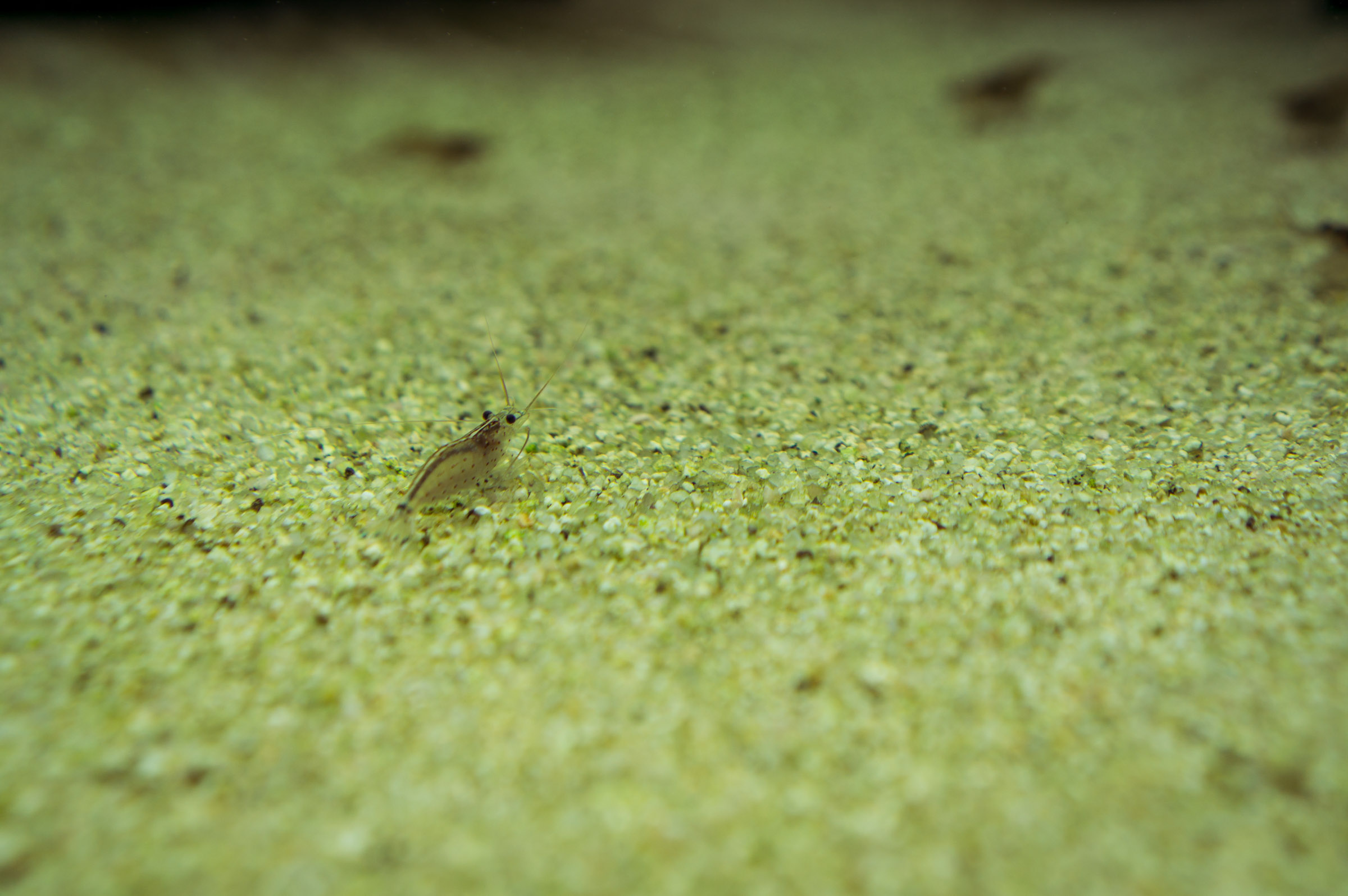 Tiny shrimp scamper across the sand. 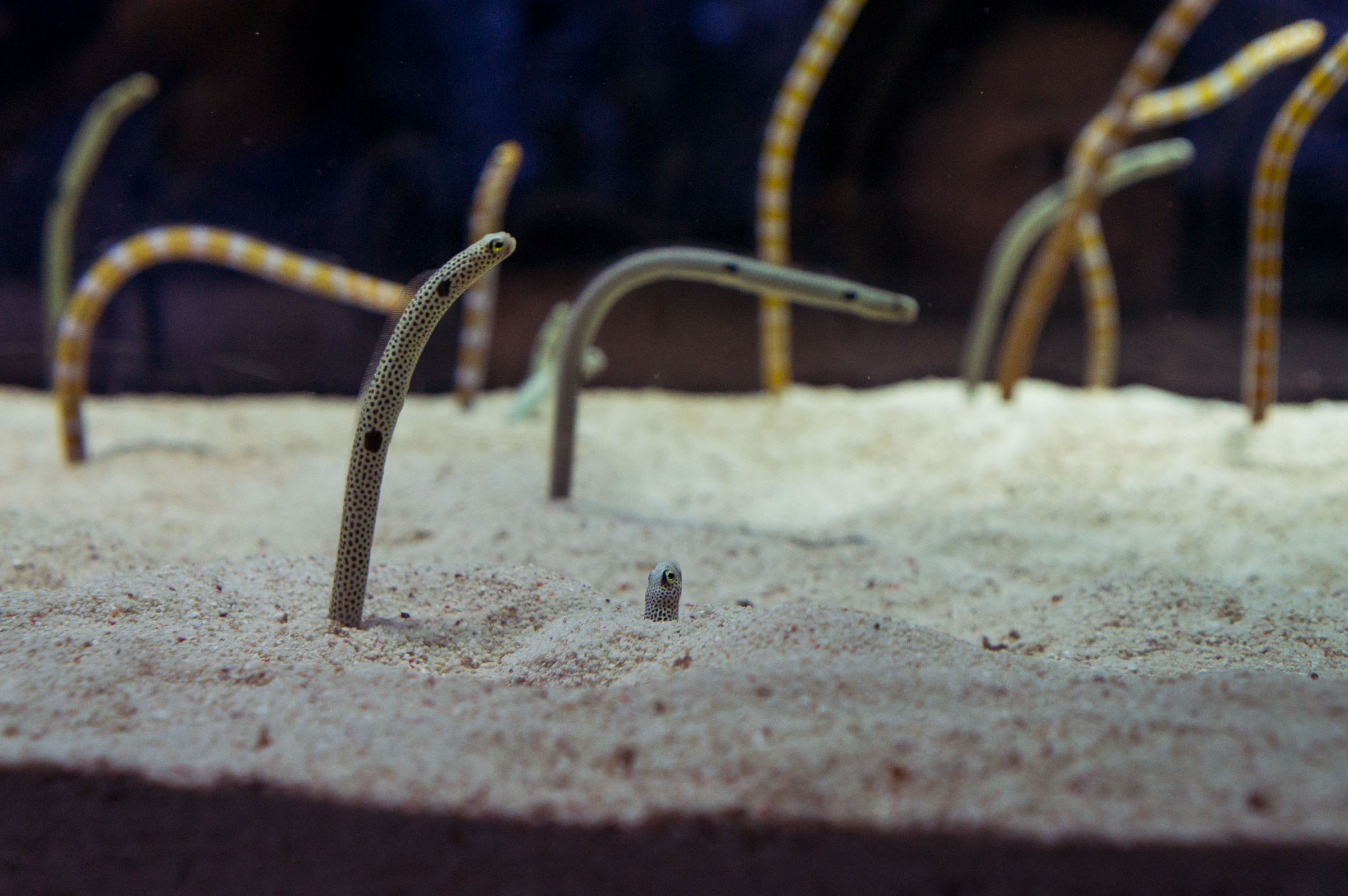 Now one of my favorites, the garden eels. These little guys poke their heads out from the sand to eat, but will dart underneath the sand when startled. The splendid garden eel prefers orange and white stripes, while the spotted garden eel show off its polka dots. 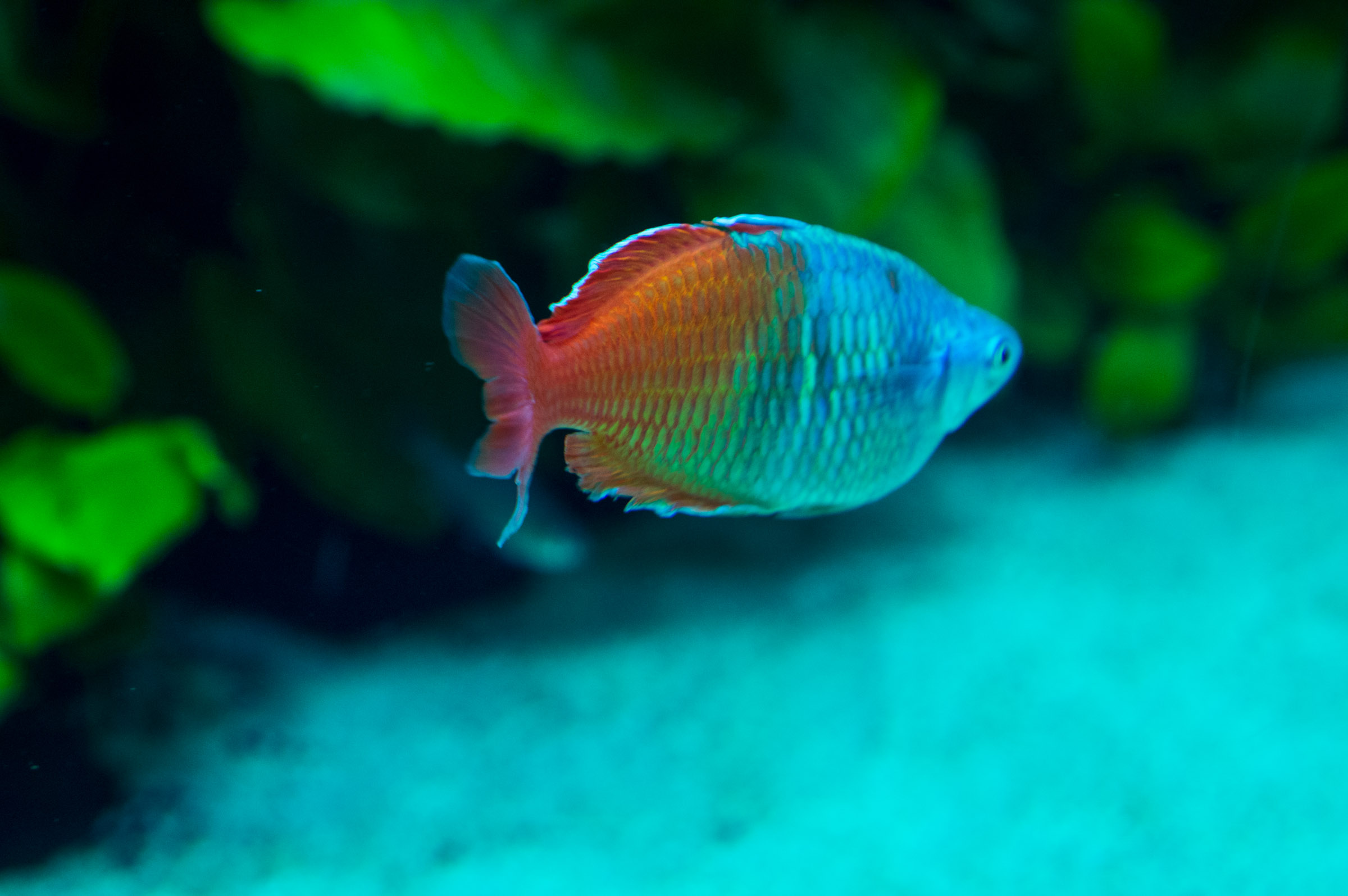 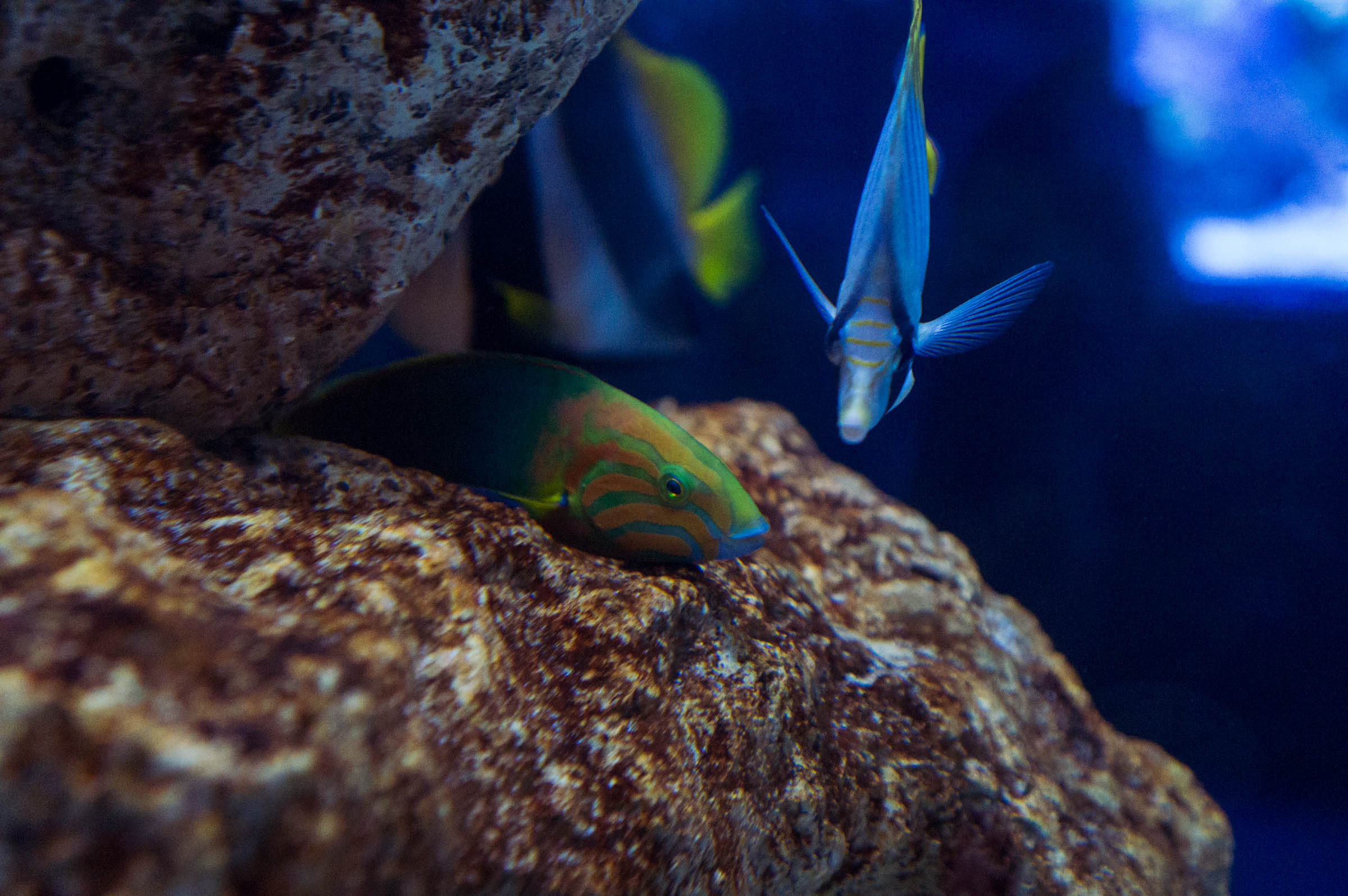 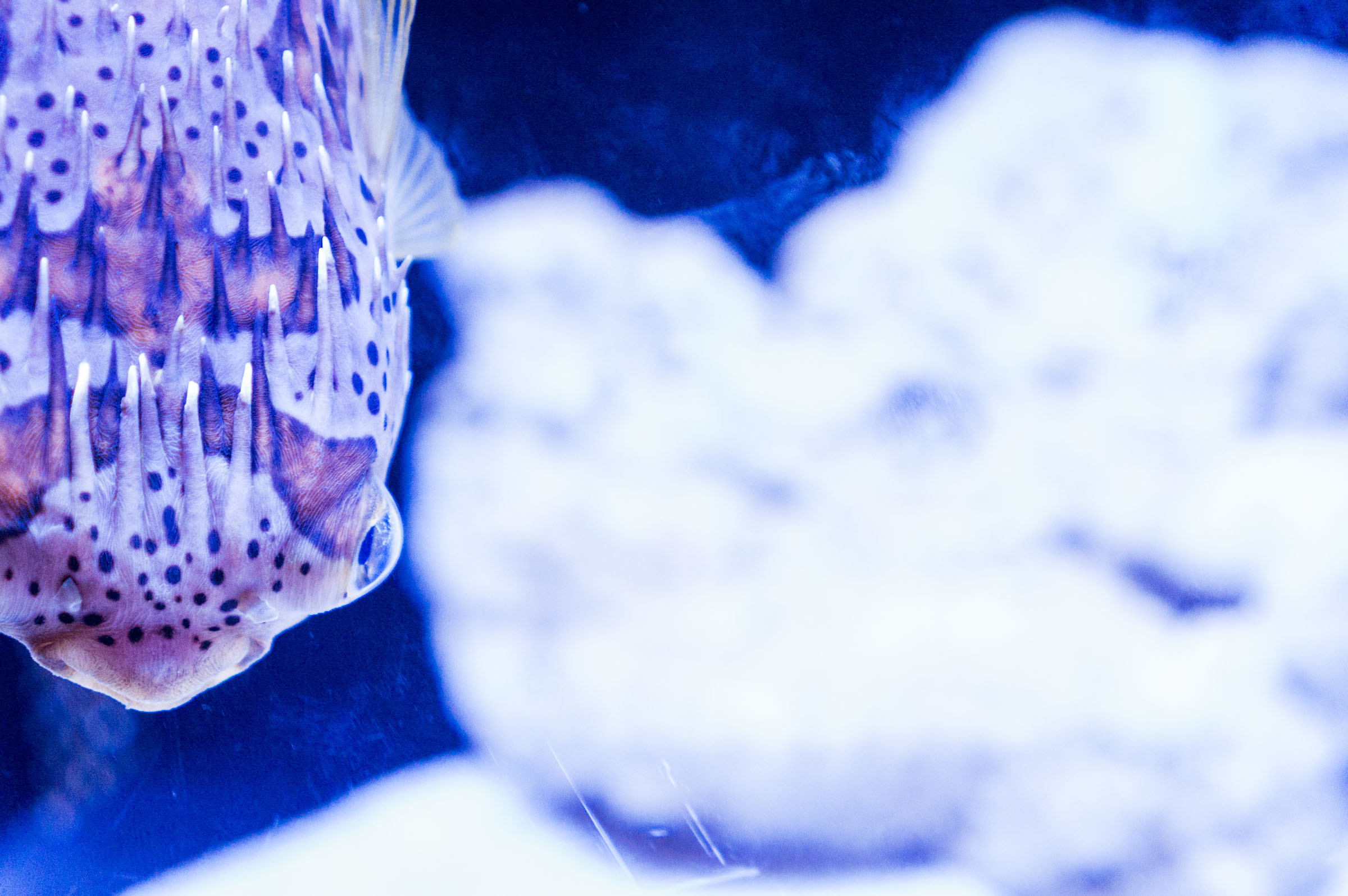 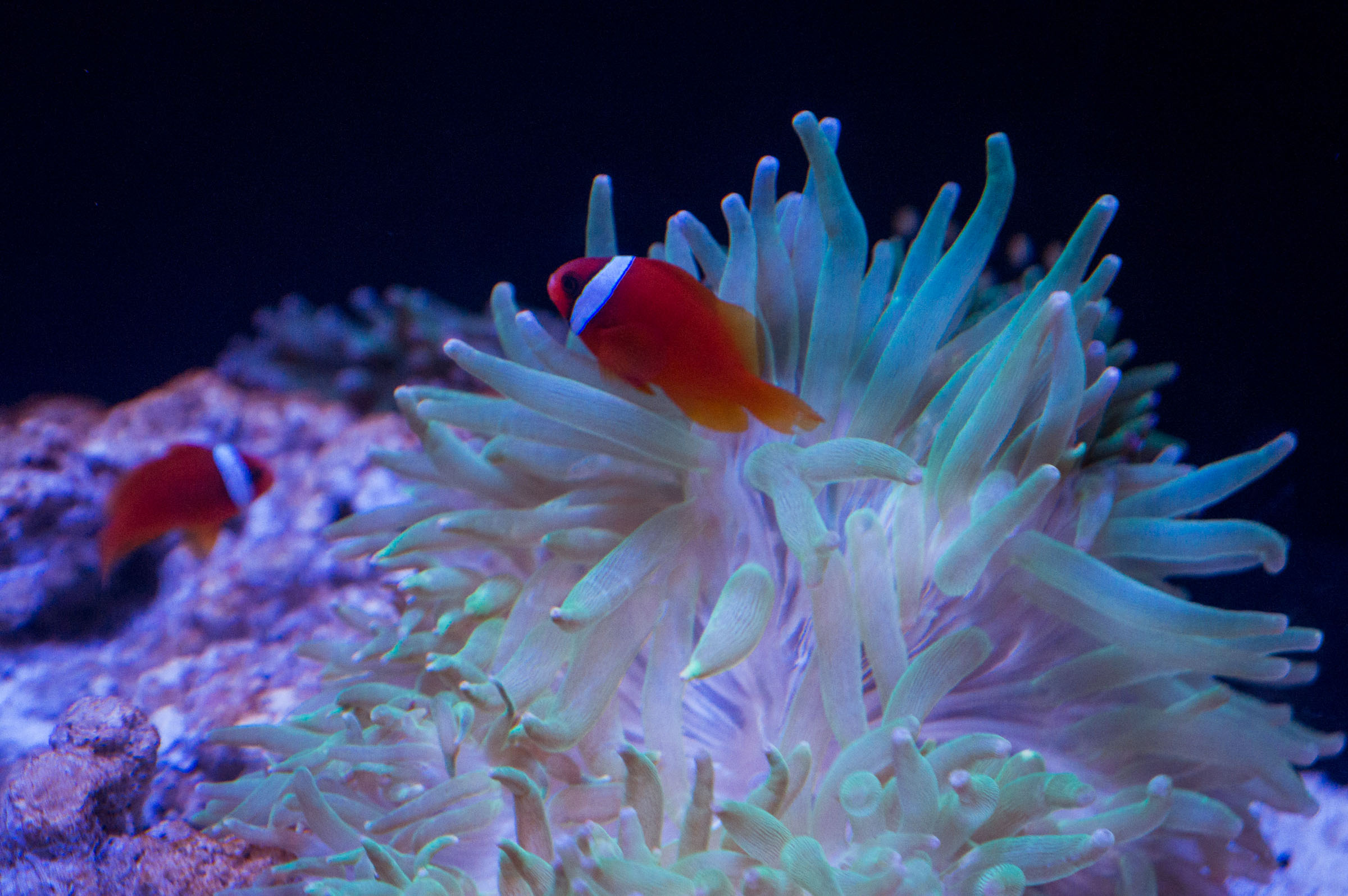 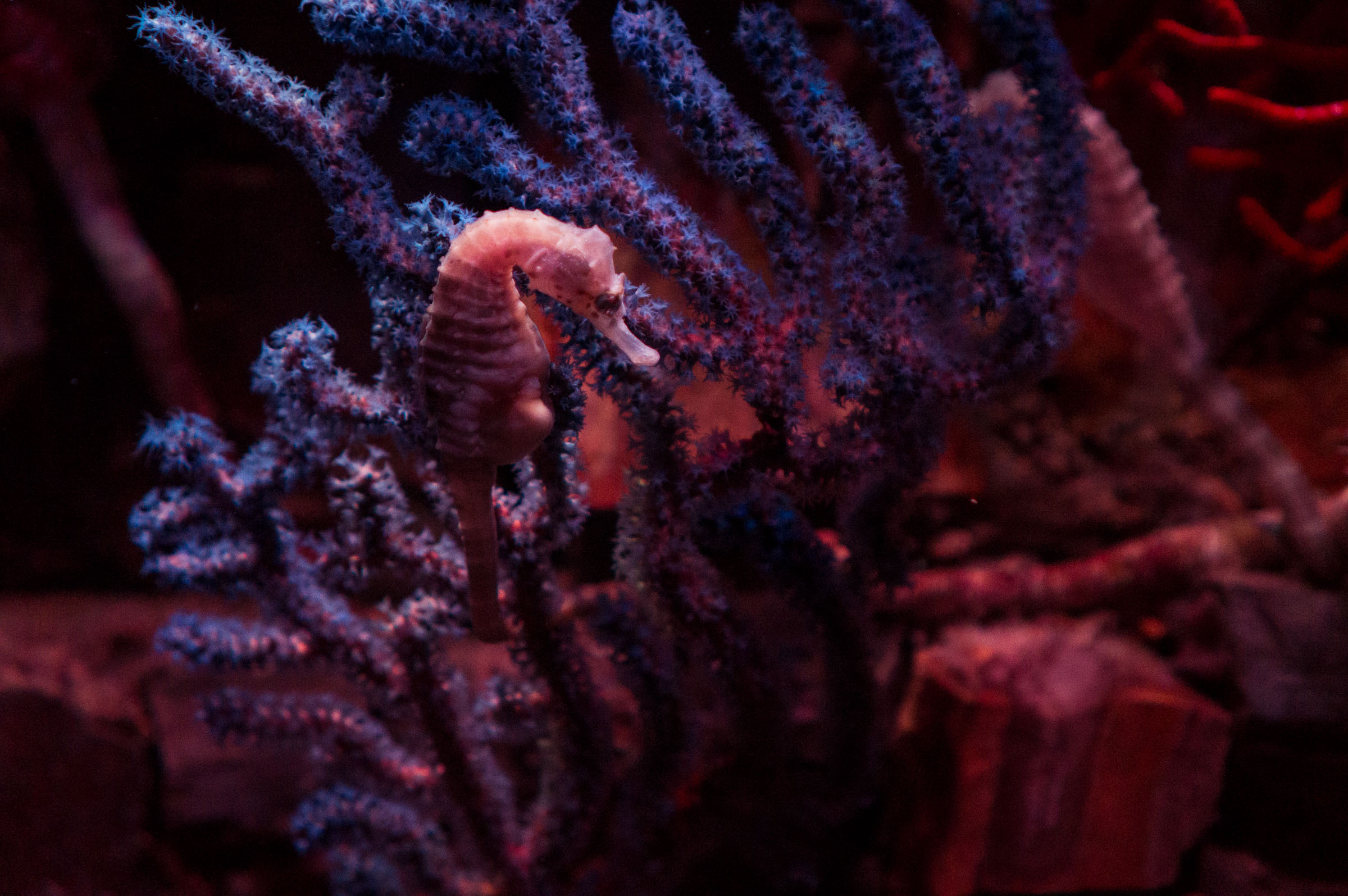 Meanwhile, seahorses brood among the coral in the dim red light. 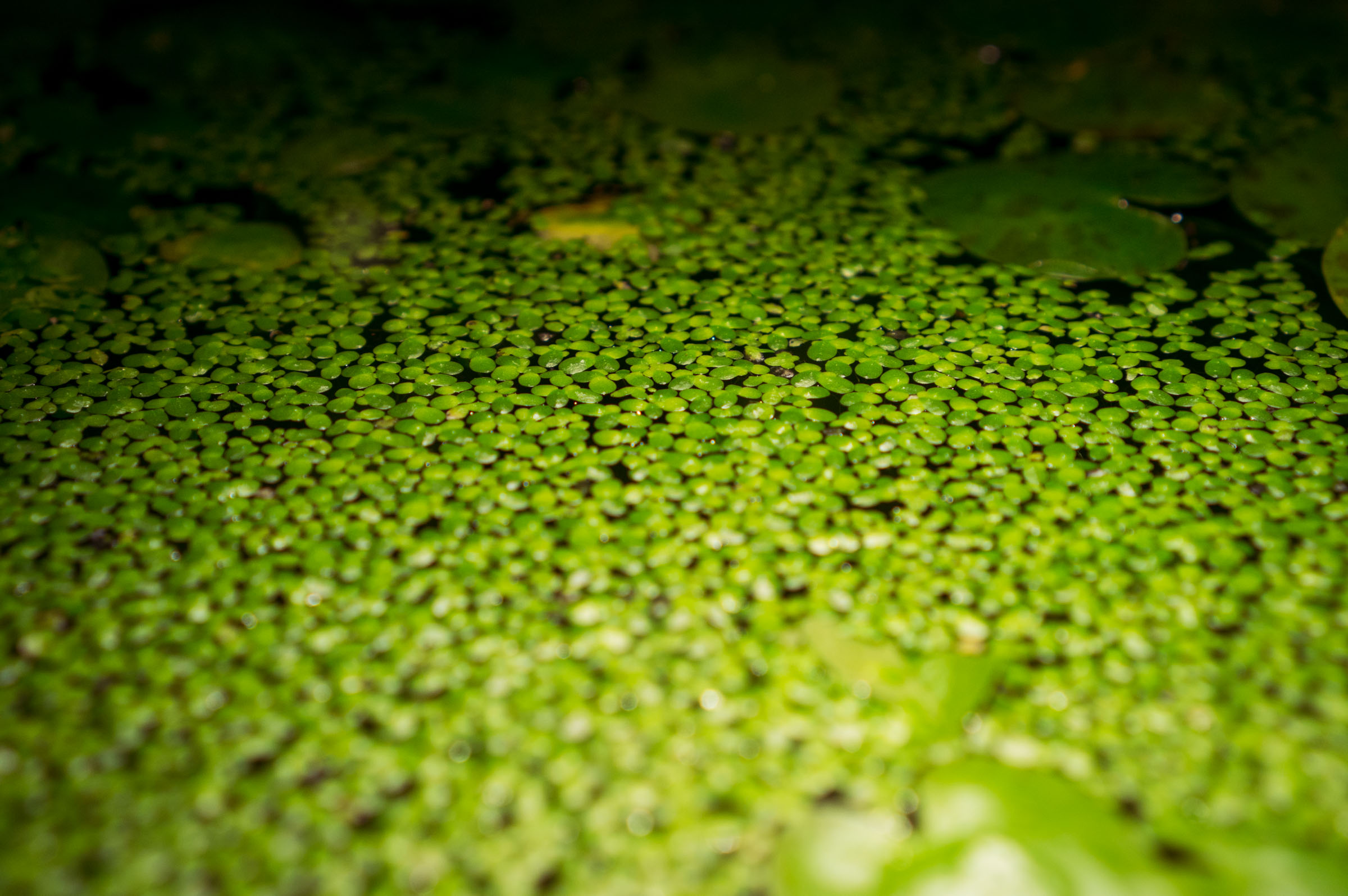 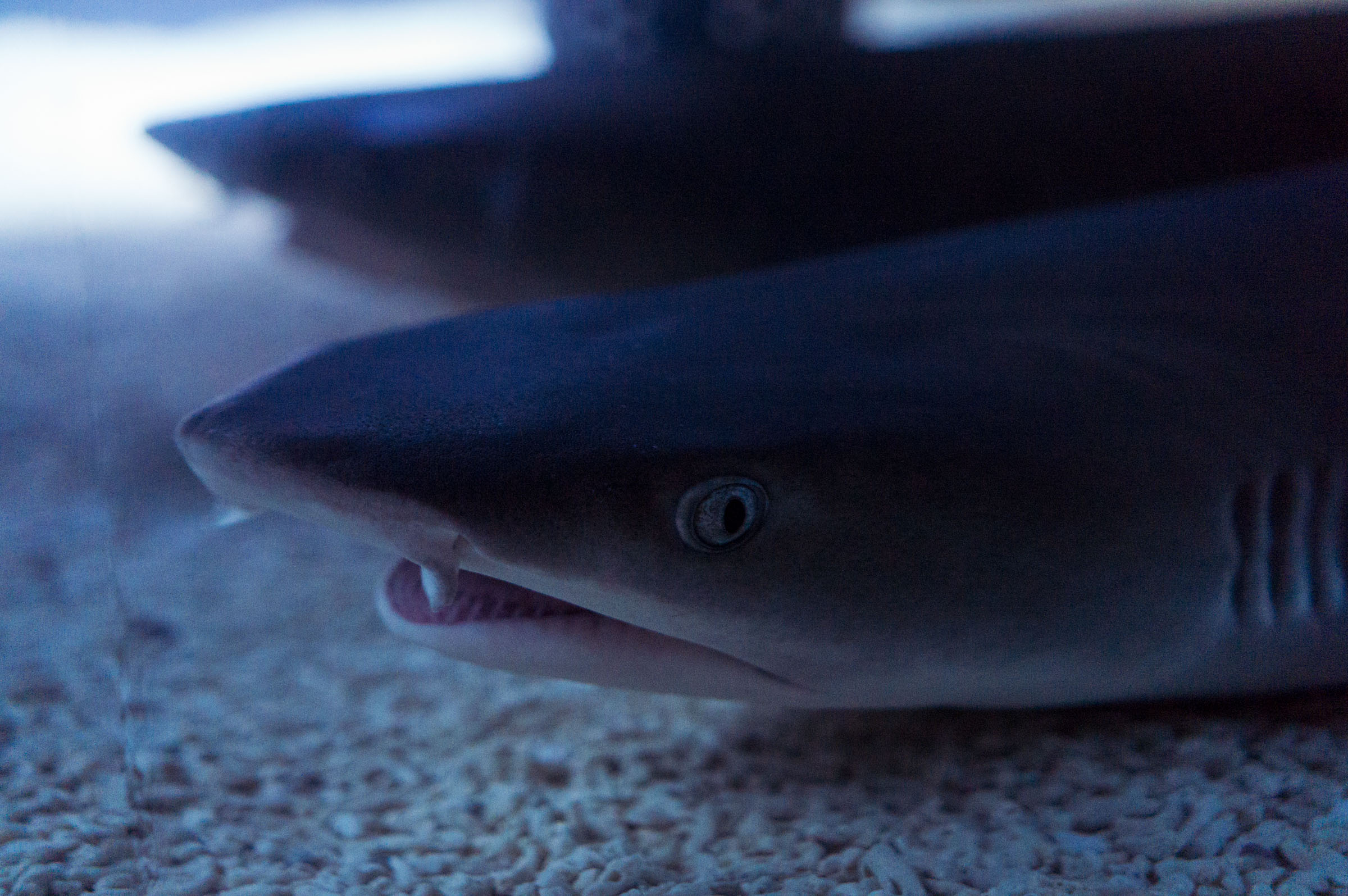 Some sharks take a break at the bottom of their enclosure. 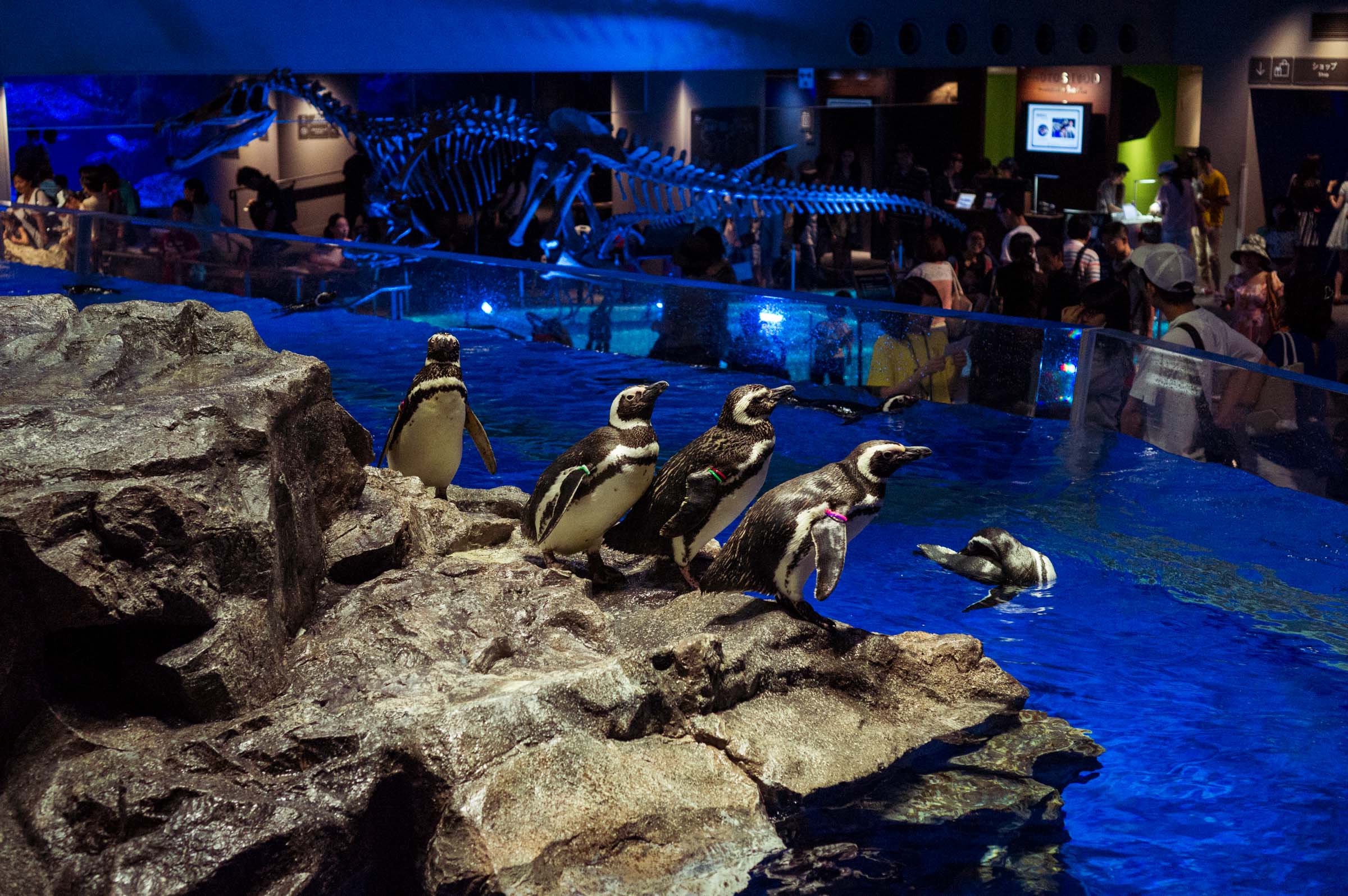 Now for the centerpiece of the Sumida Aquarium, the penguin and seal enclosures. The large glass-walled pool lets you get an up-close view of the animals. 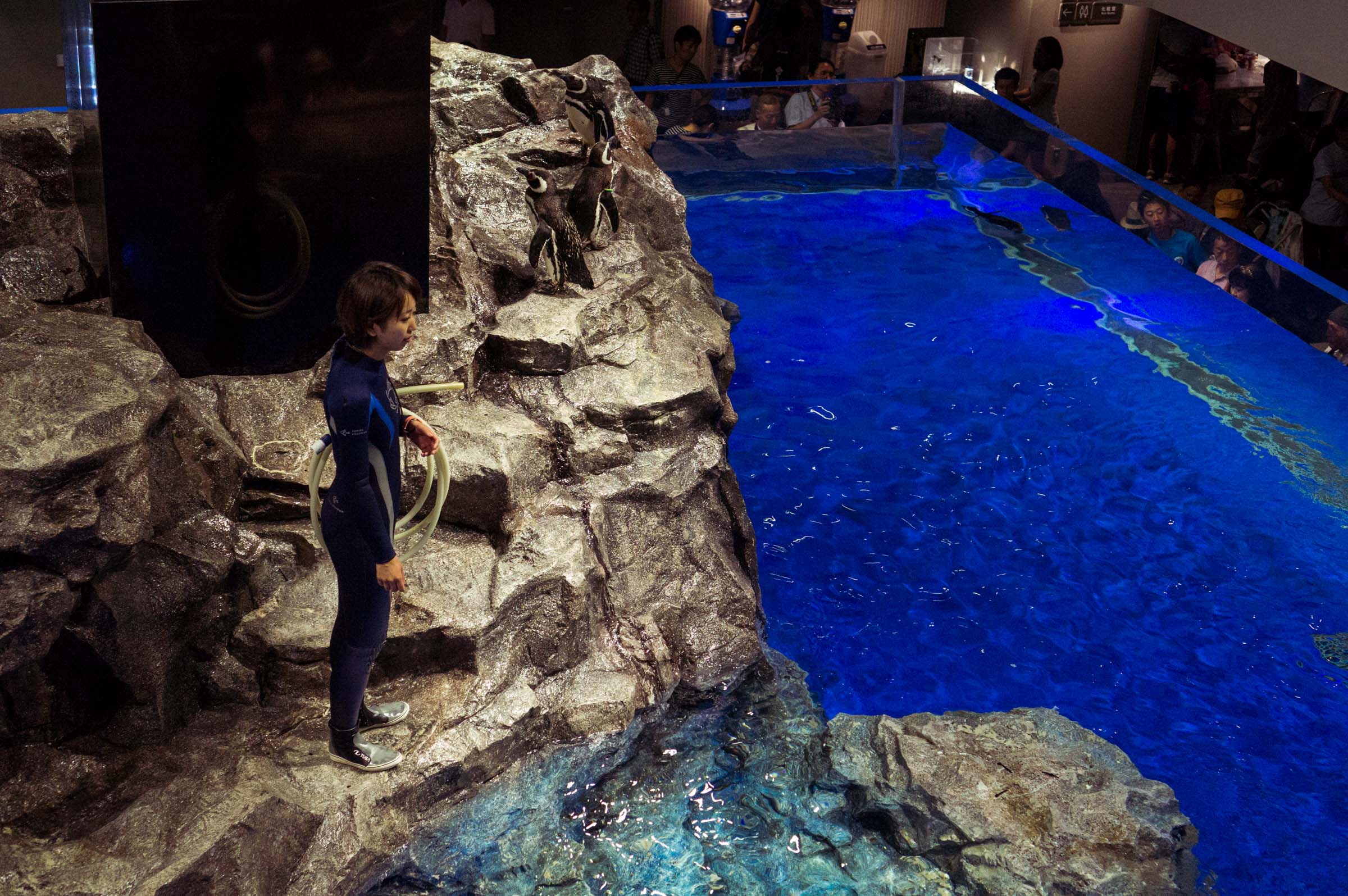 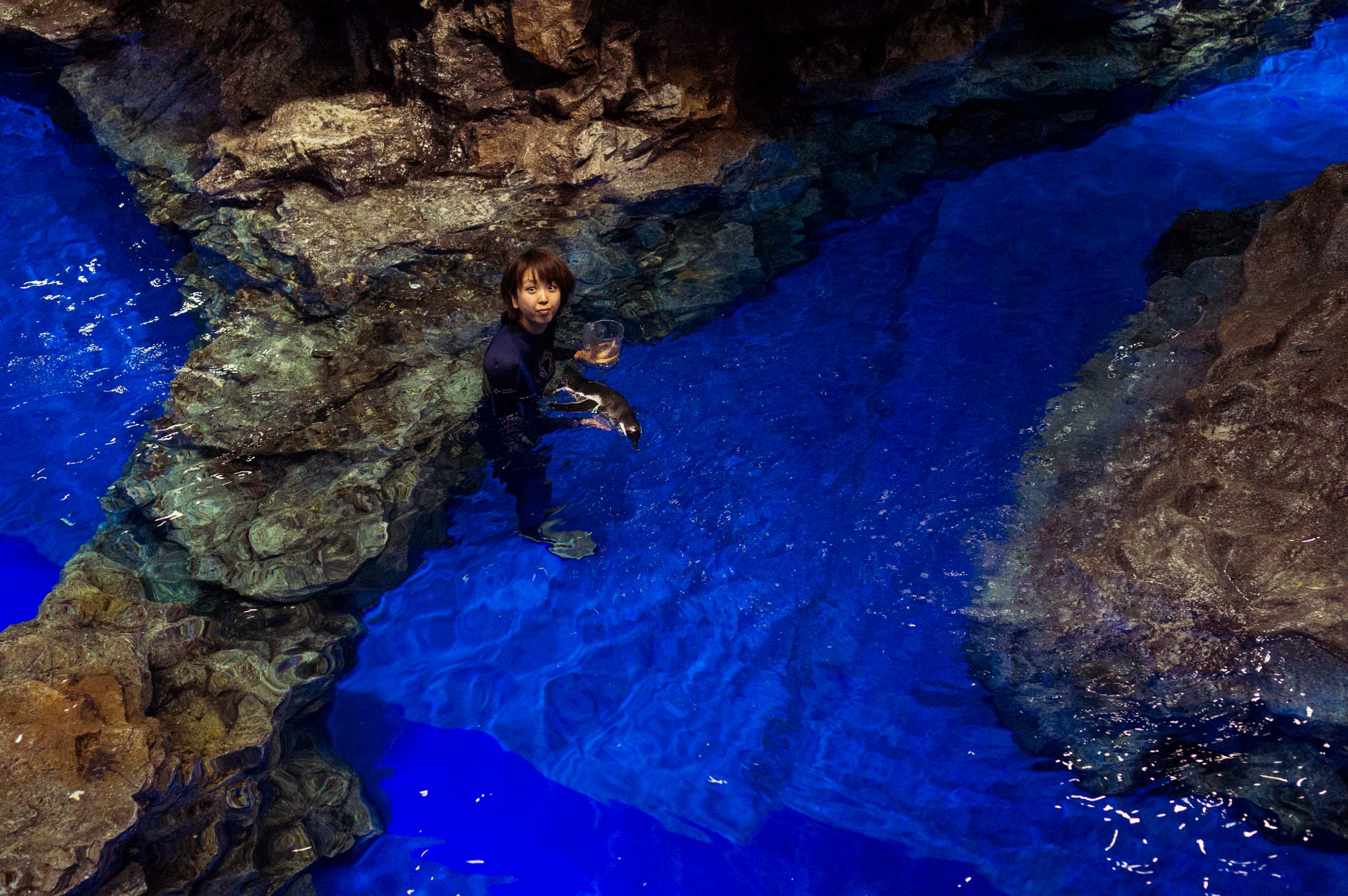 The handlers field questions from the audience while in the pool. 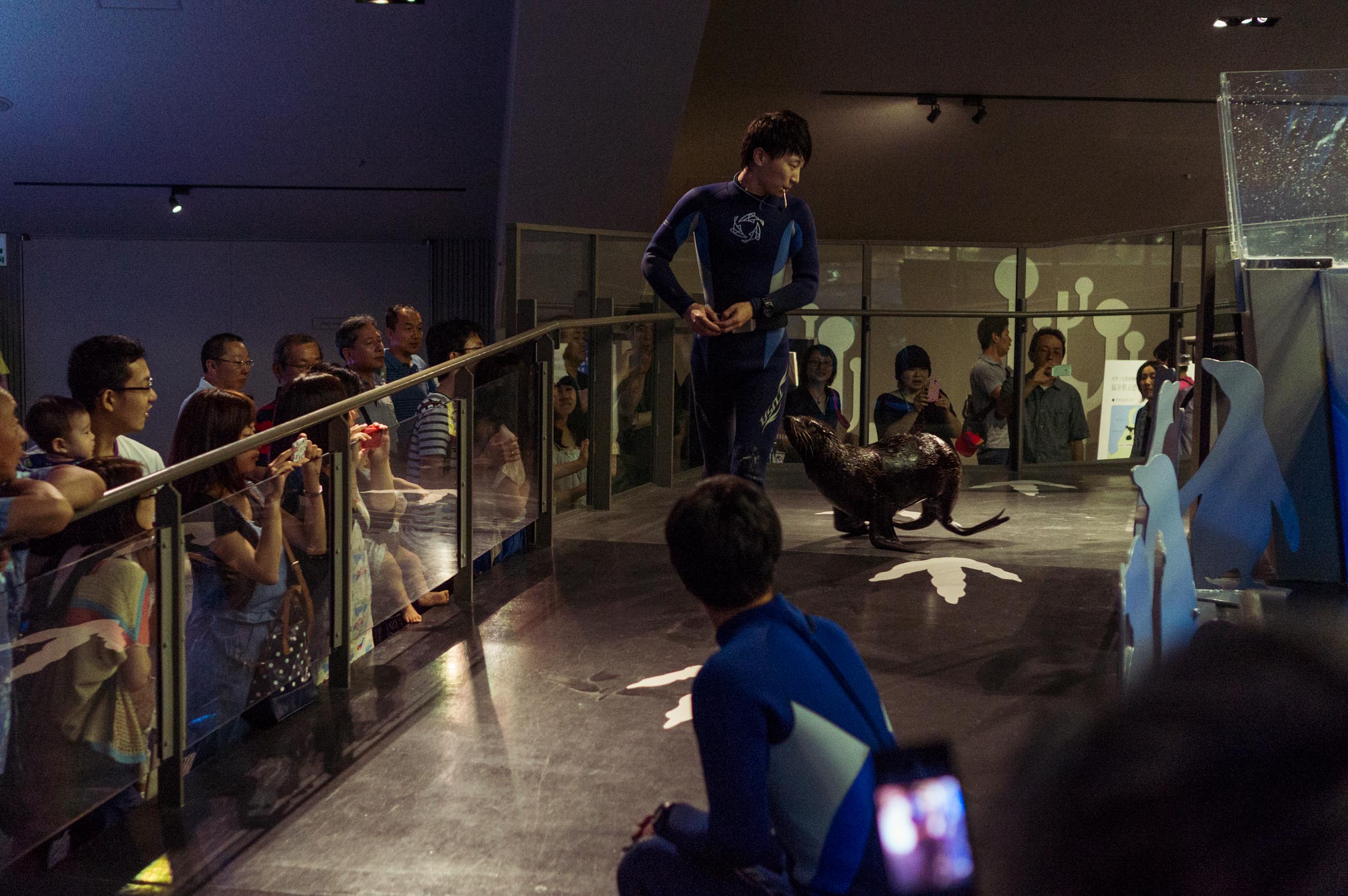 At designated times trainers will bring out some of the seals for a little show. 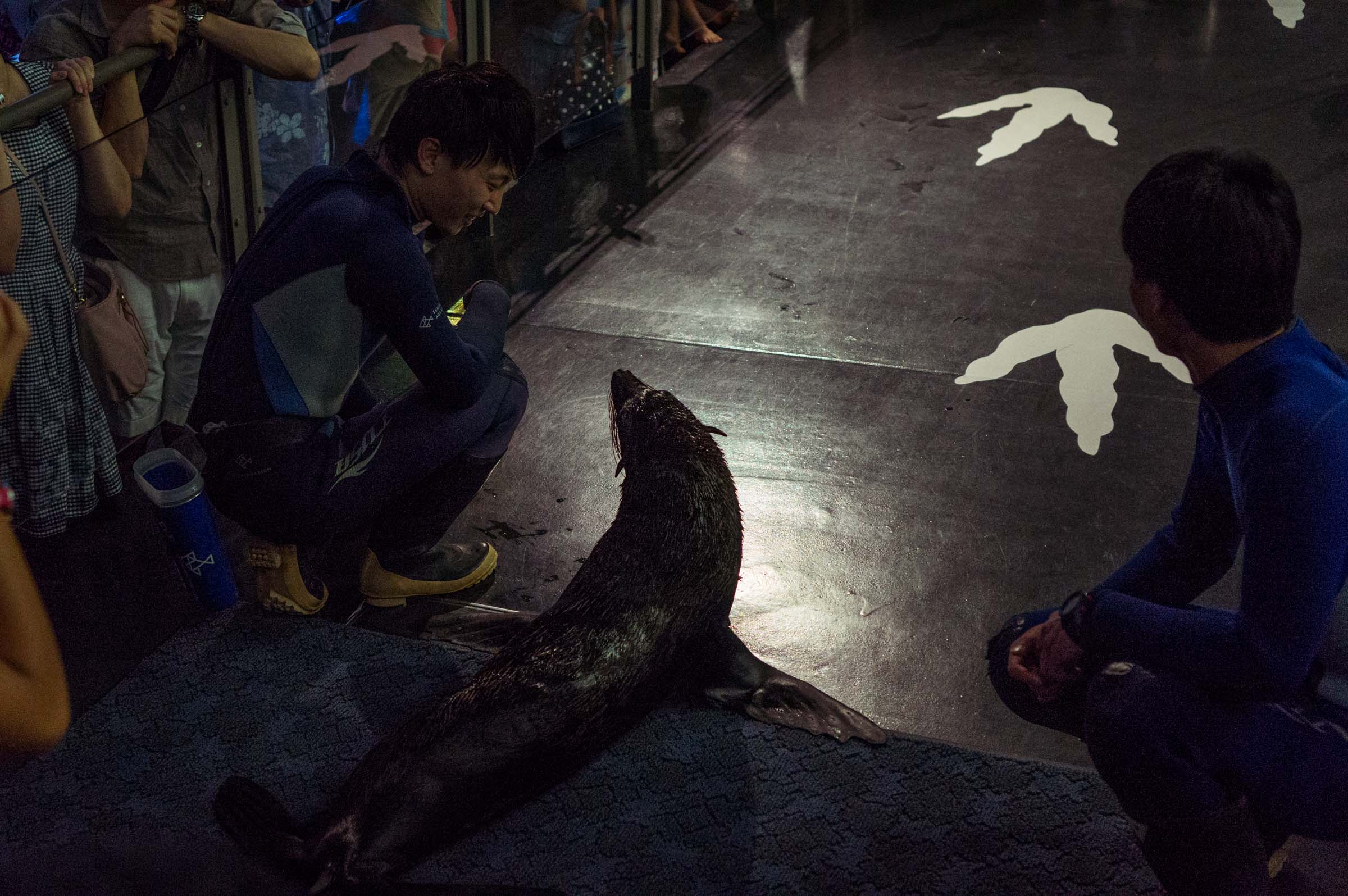 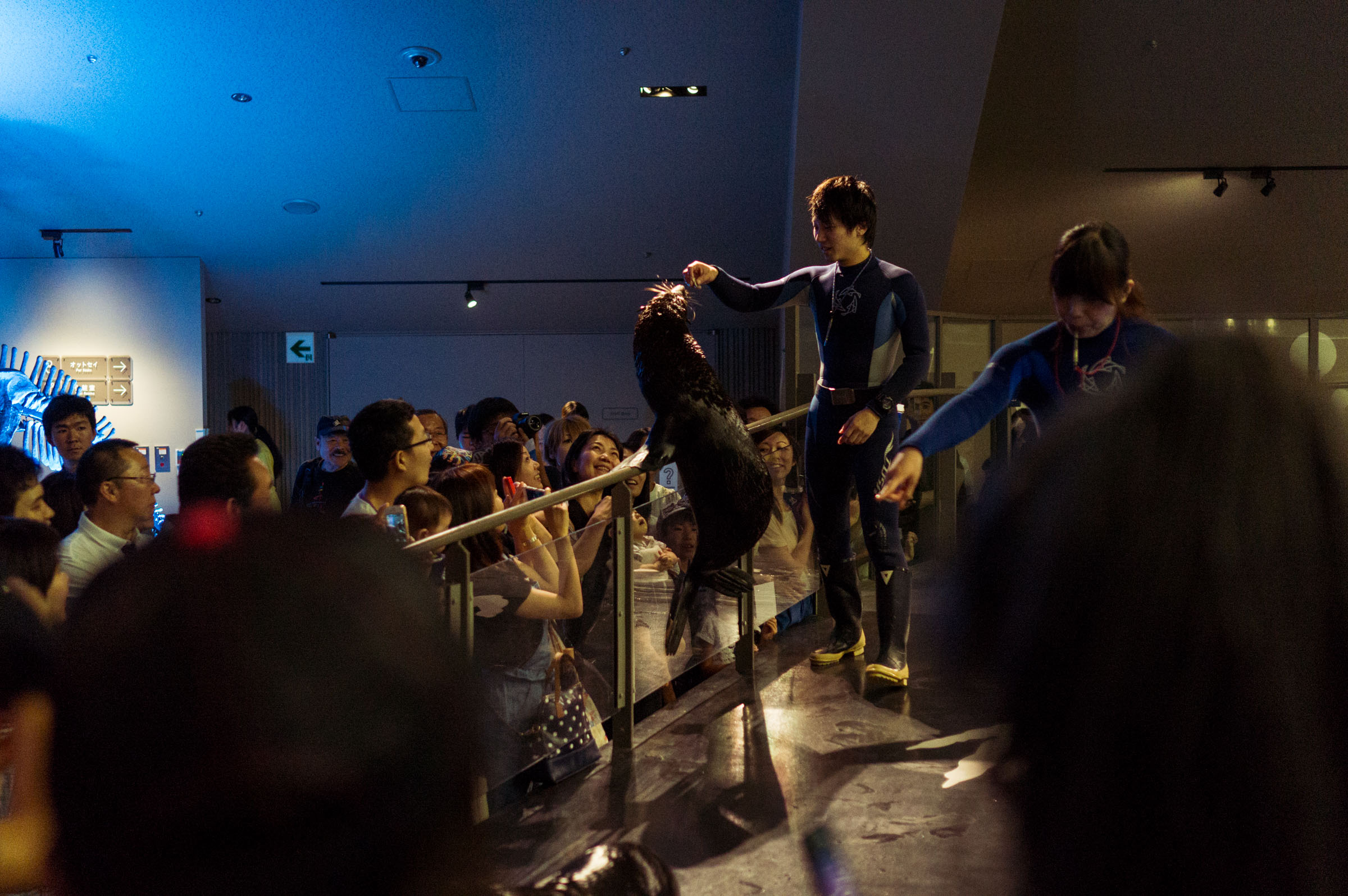 You can get quite close to seals. It’s surprising how calm everyone is within bite range. 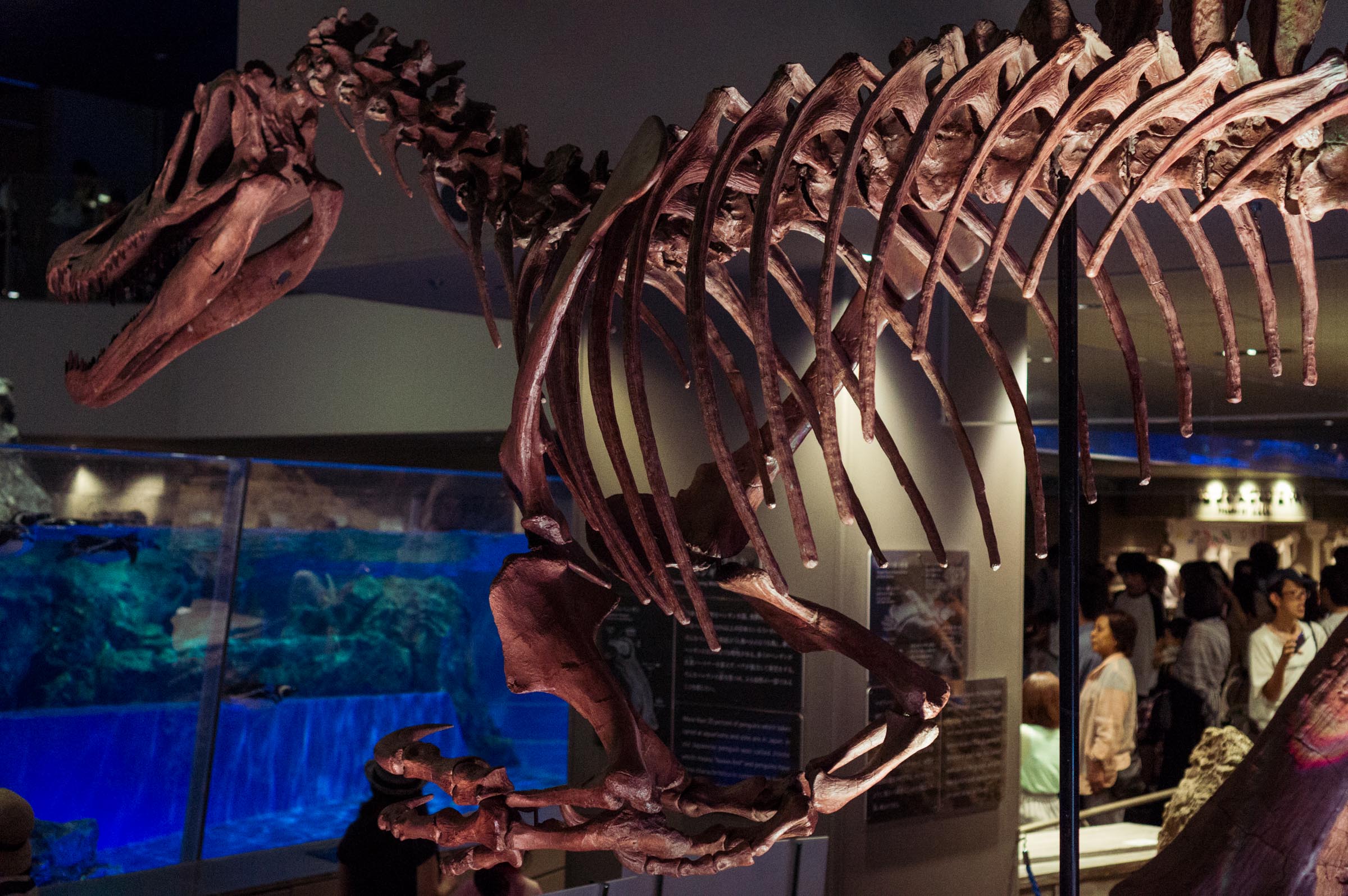 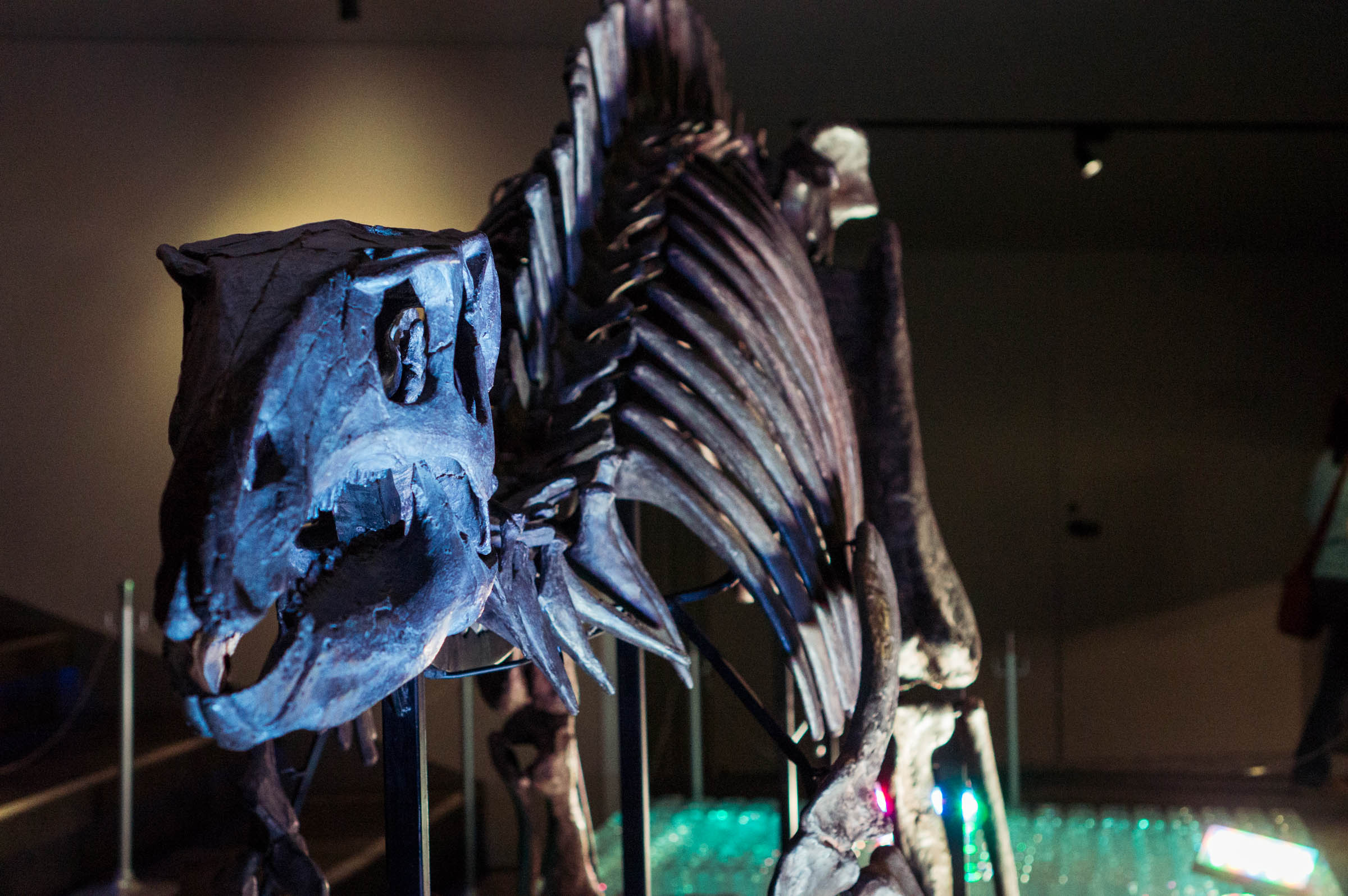 Finally, the dinosaurs promised to us at the entrance. Pretty nice display, but I still would have liked to see a penguin meet a living dinosaur. Maybe someday.

And that’s Sumida Aquarium. You could cover the entire aquarium in about 30 minutes, which makes the price of admission sting a little. So be sure to take it slow and enjoy the exhibits at a lazy pace if you’re looking to kill some time.

Bonus: our meal from a nice teppanyaki restaurant at Sky Tree. 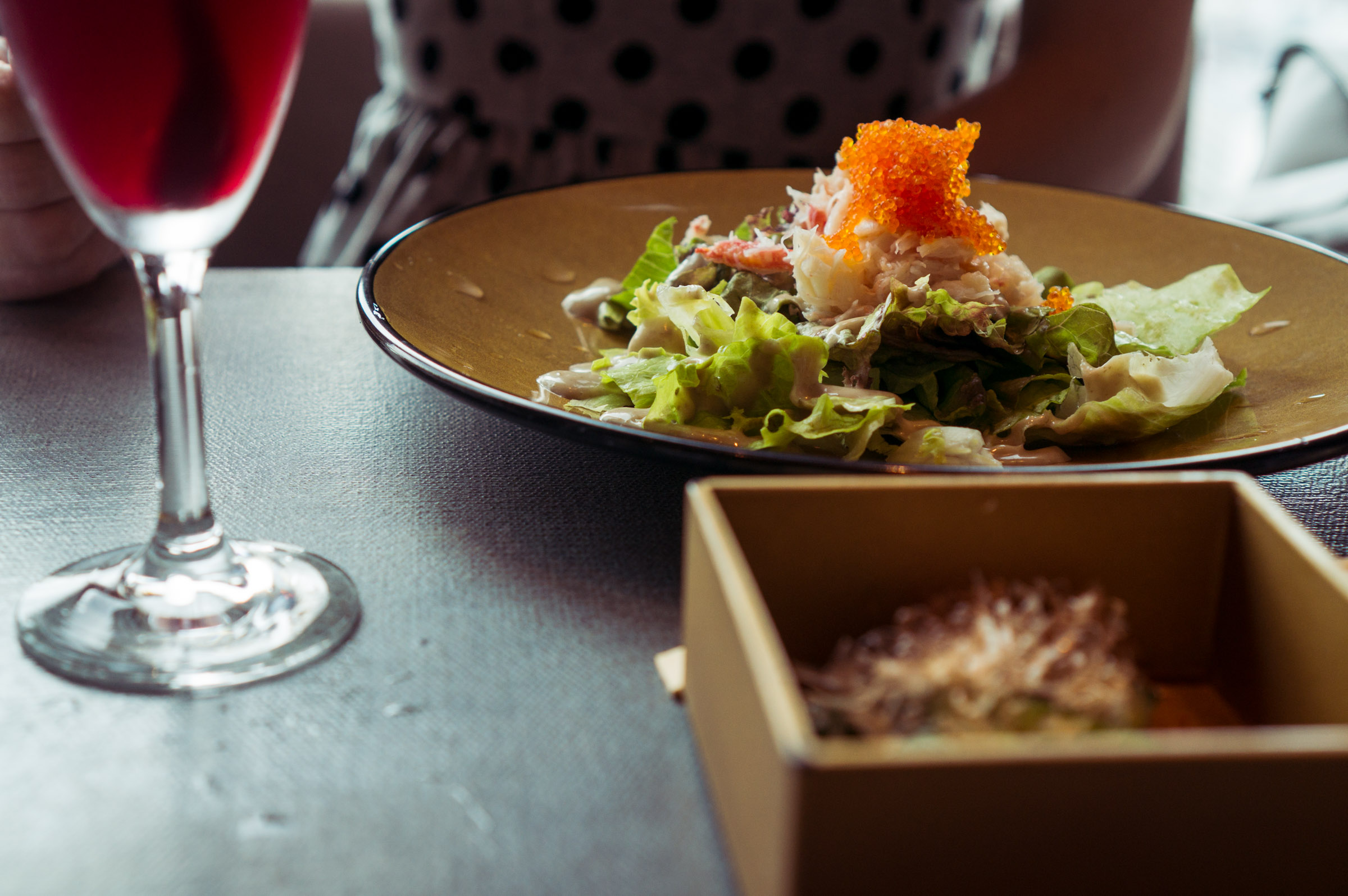 Tuna and fish egg salad with some pickled vegetables. 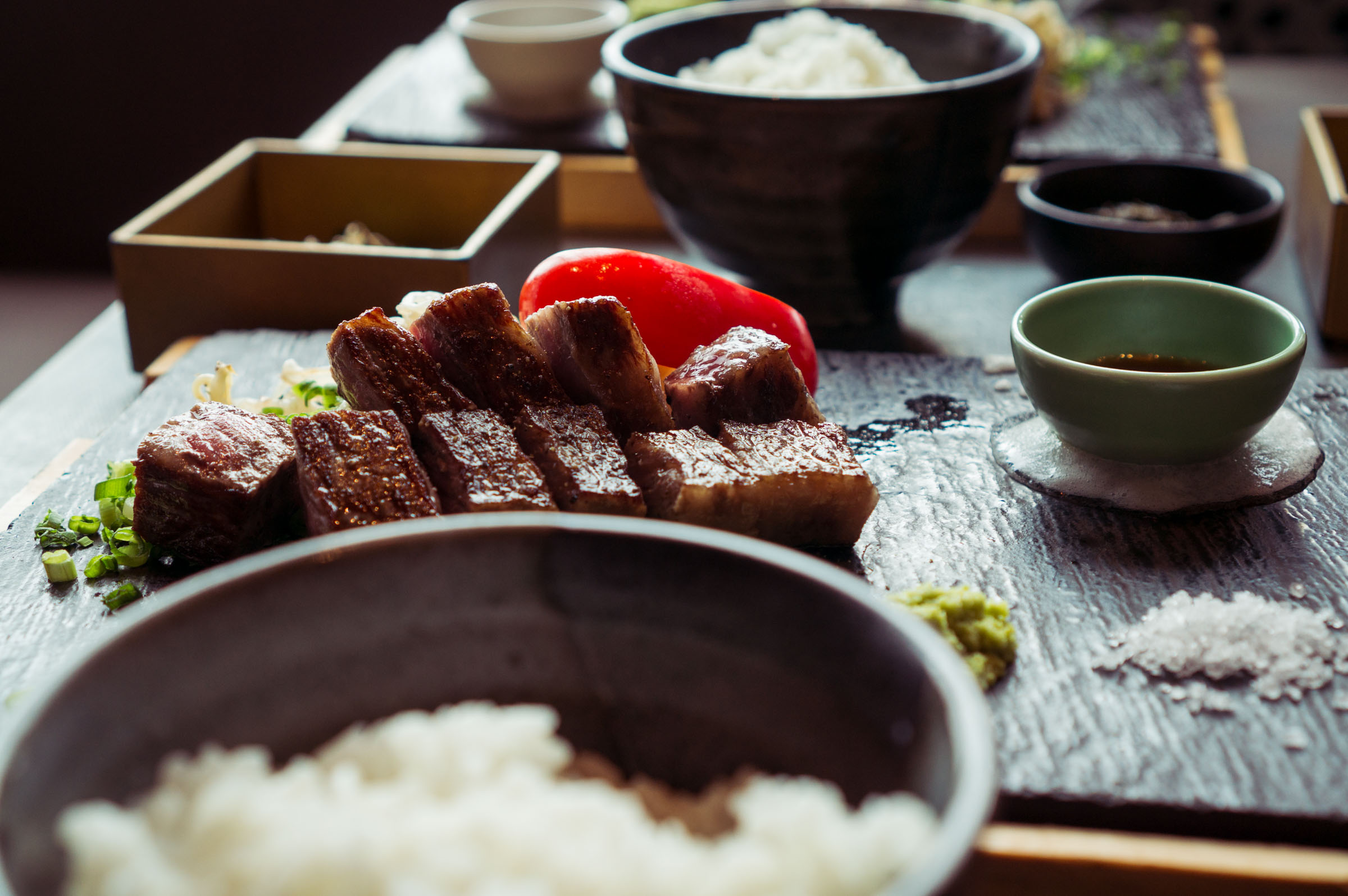 The fanciest teppanyaki plate I have had. Delicious steak. 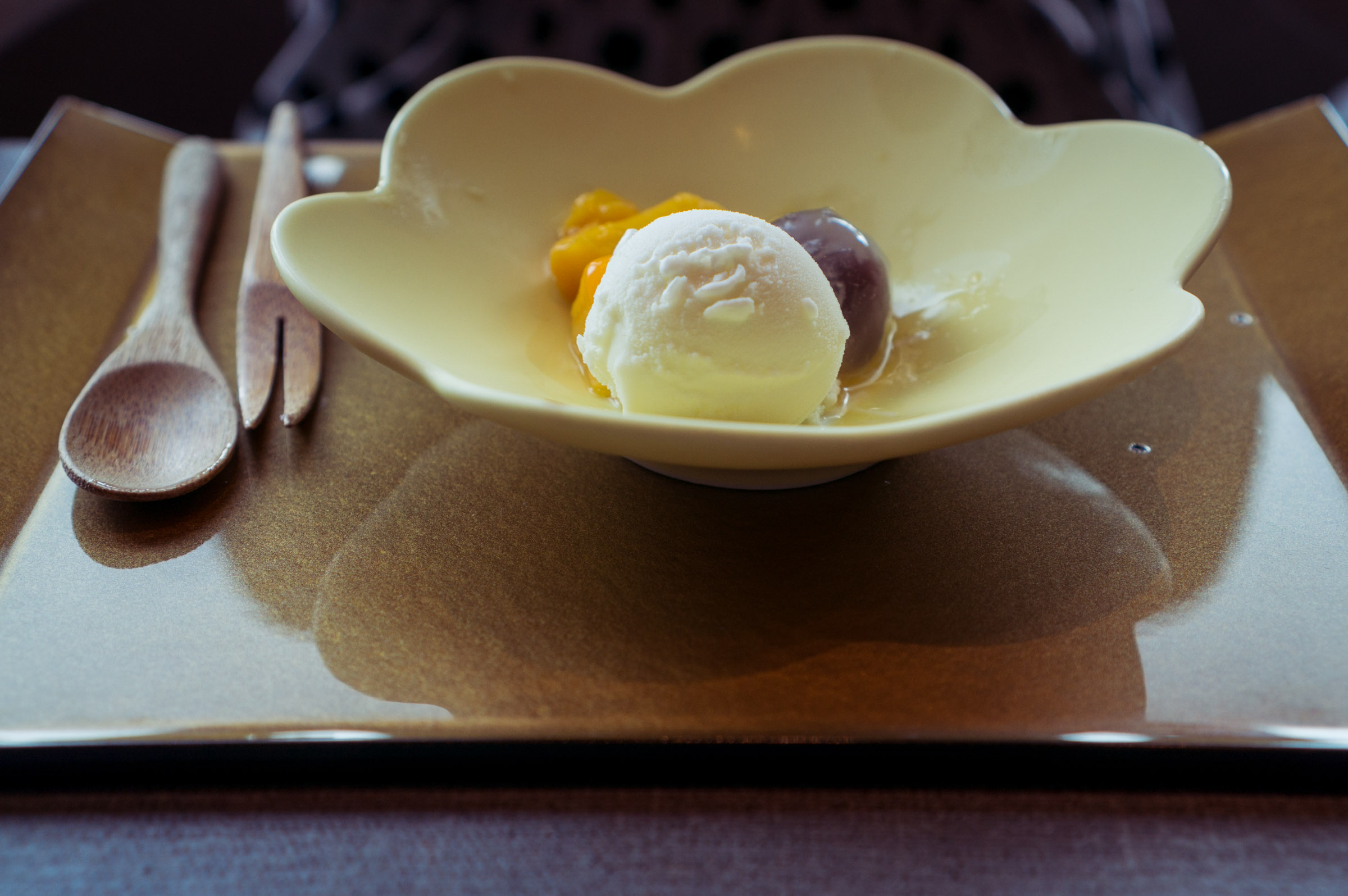