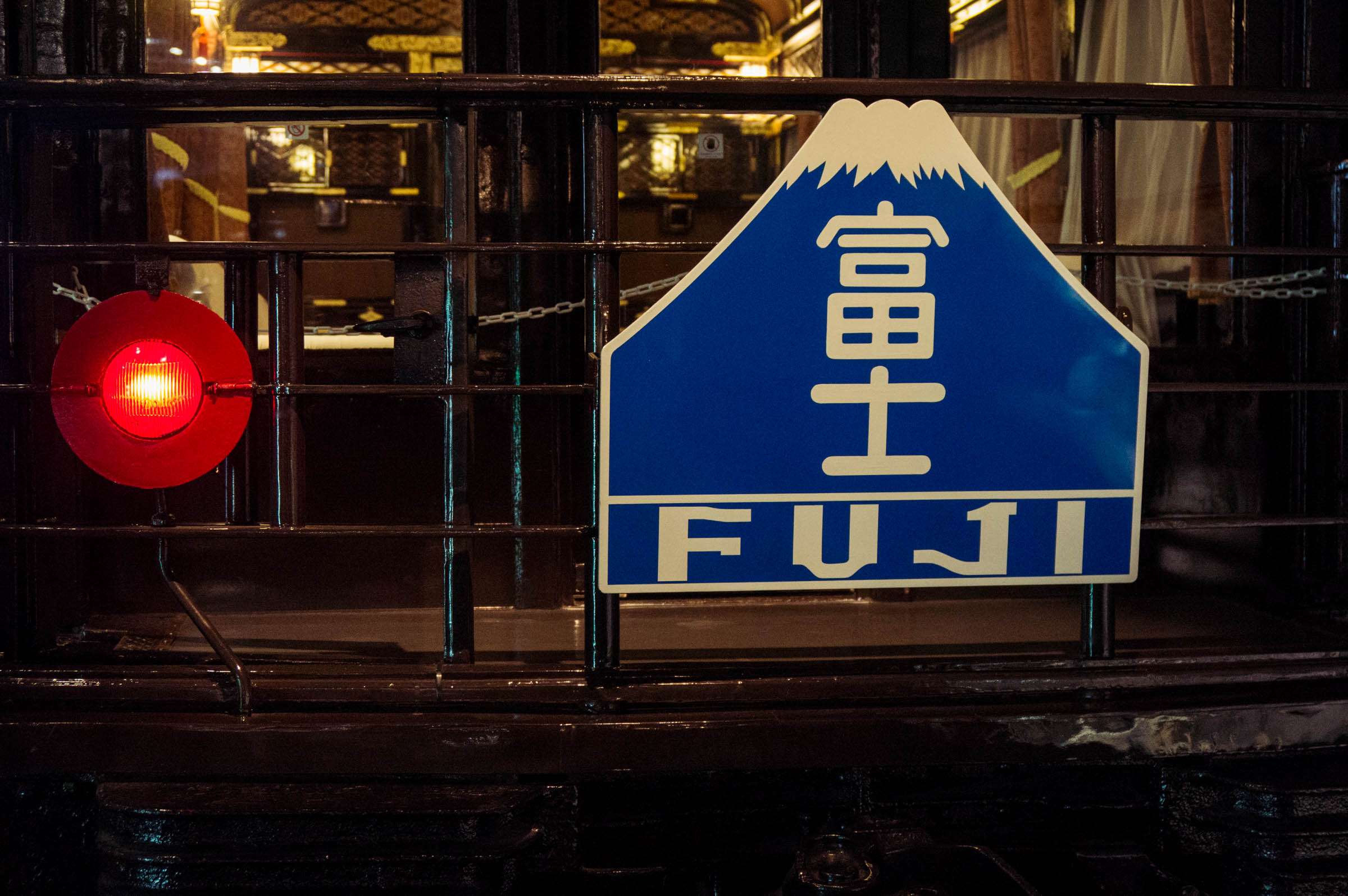 Japan loves trains, like a lot. OK, nobody likes being crammed into a car at rush hour. But people choose railways to get around Japan over 30% of the time, the highest among reporting nations. In contrast, commuters in the United States choose railways only 0.3% of the time. That’s two orders of magnitude difference!

The Railway Museum tells the history of the Japanese railway system and its evolution. Situated in Onari, Saitama-shi, we head to Omiya station to catch a tram to the museum.

The Saitama New Urban Transit New Shuttle terminates at Omiya. It’s a small rubber-tire people mover that runs alongside the Shinkansen tracks. We only need to take it one stop to 鉄道博物館駅: Tetsudo-Hakubutsukan Station, which translates to Railway Museum Station. 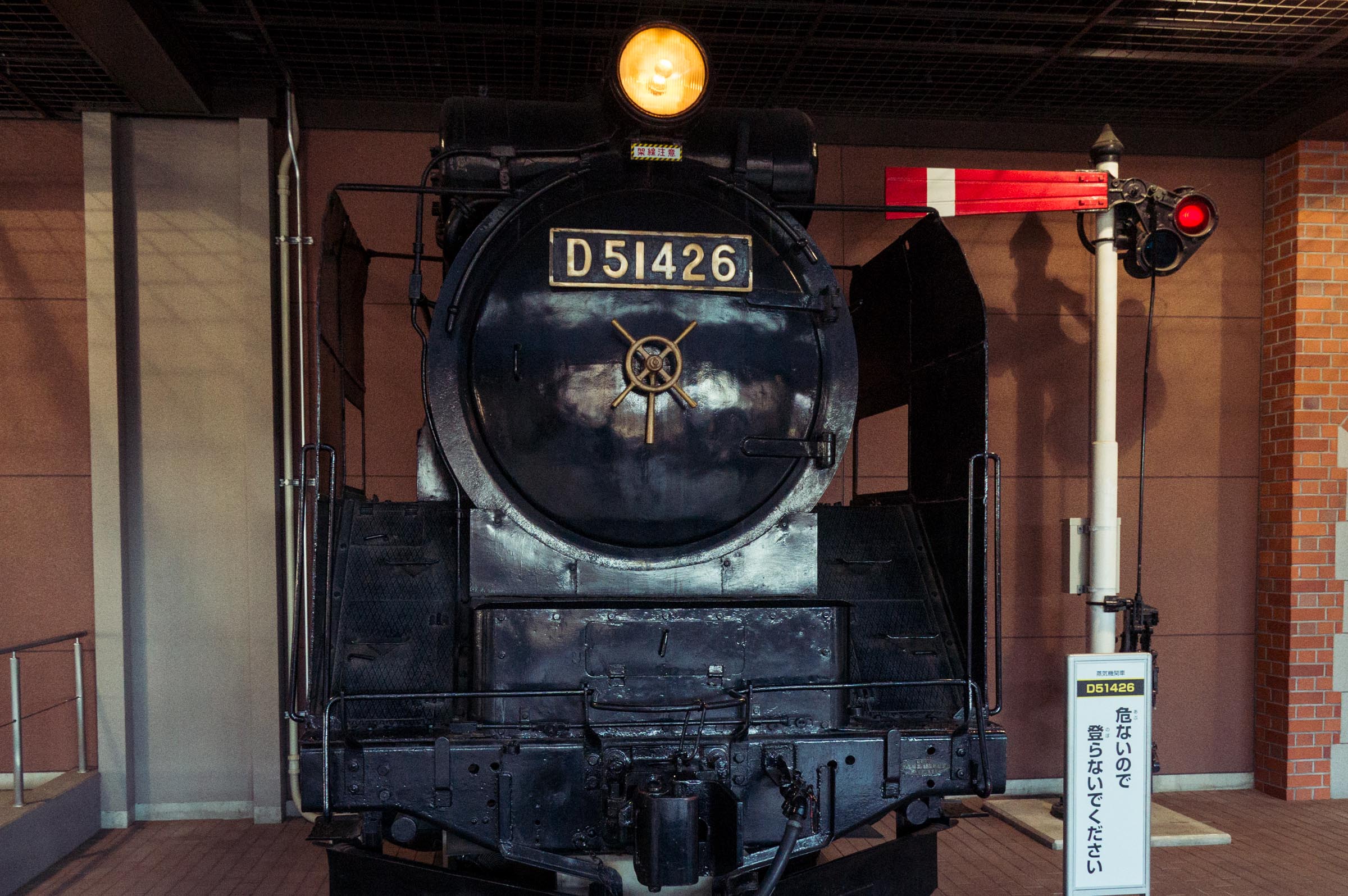 An old steam engine stuck in the wall greets visitors exiting the station. 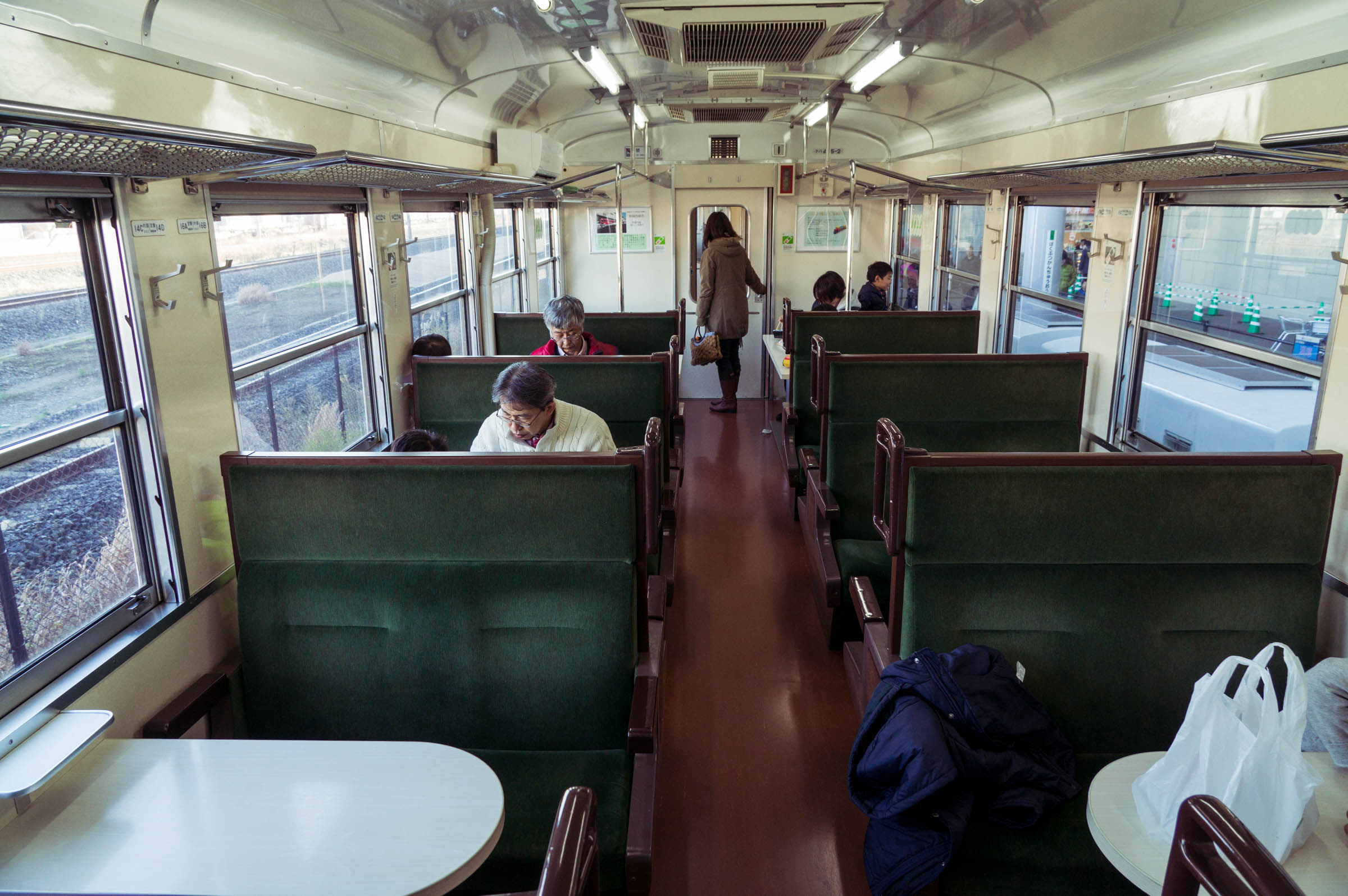 We arrive just in time for lunch. Some of the rail cars outside act as a dinning hall, so we grab an ekiben to eat inside.

This looks like a good spot to eat. A nice view from the window. 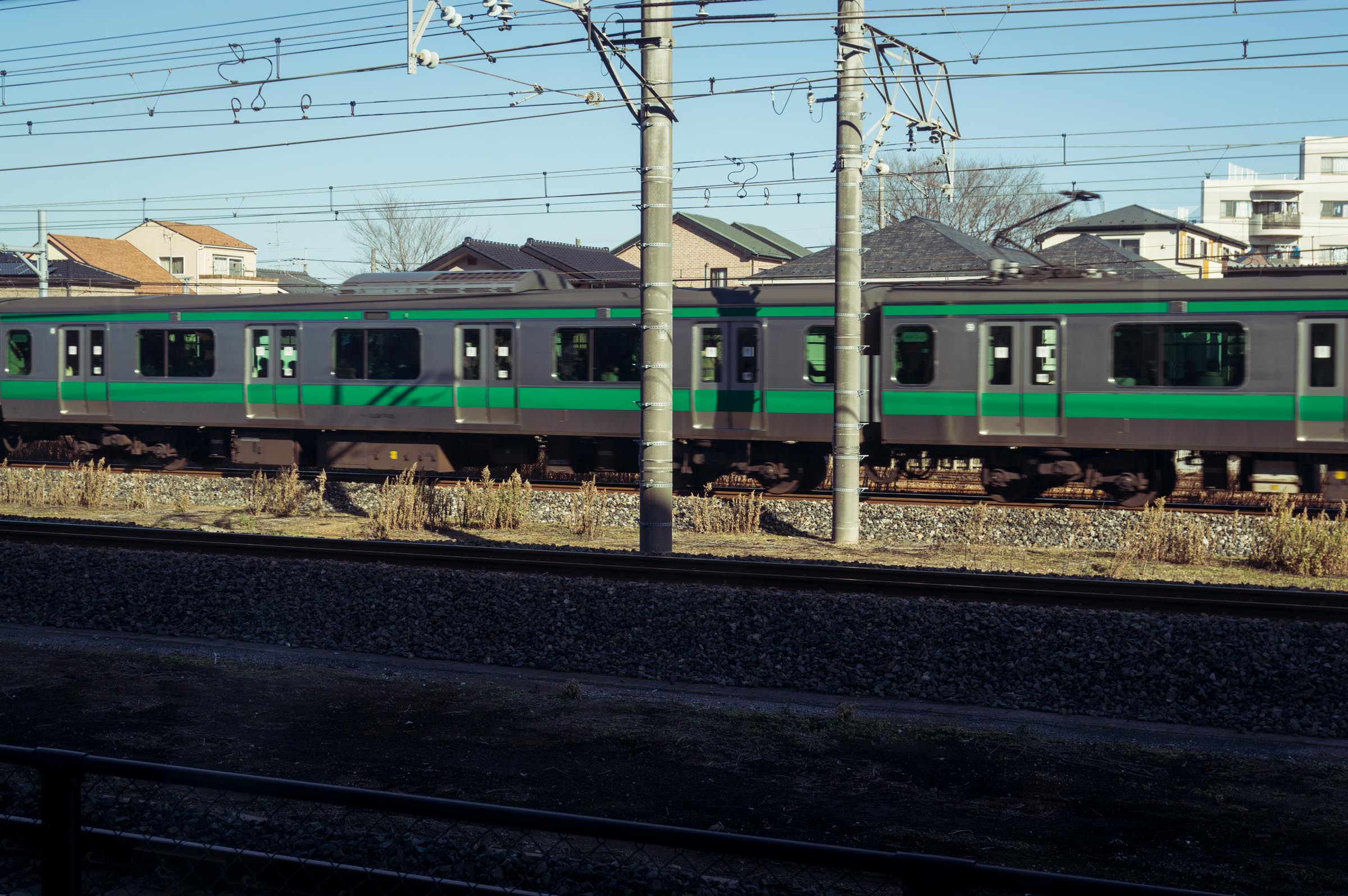 Express trains wiz by every now and then. 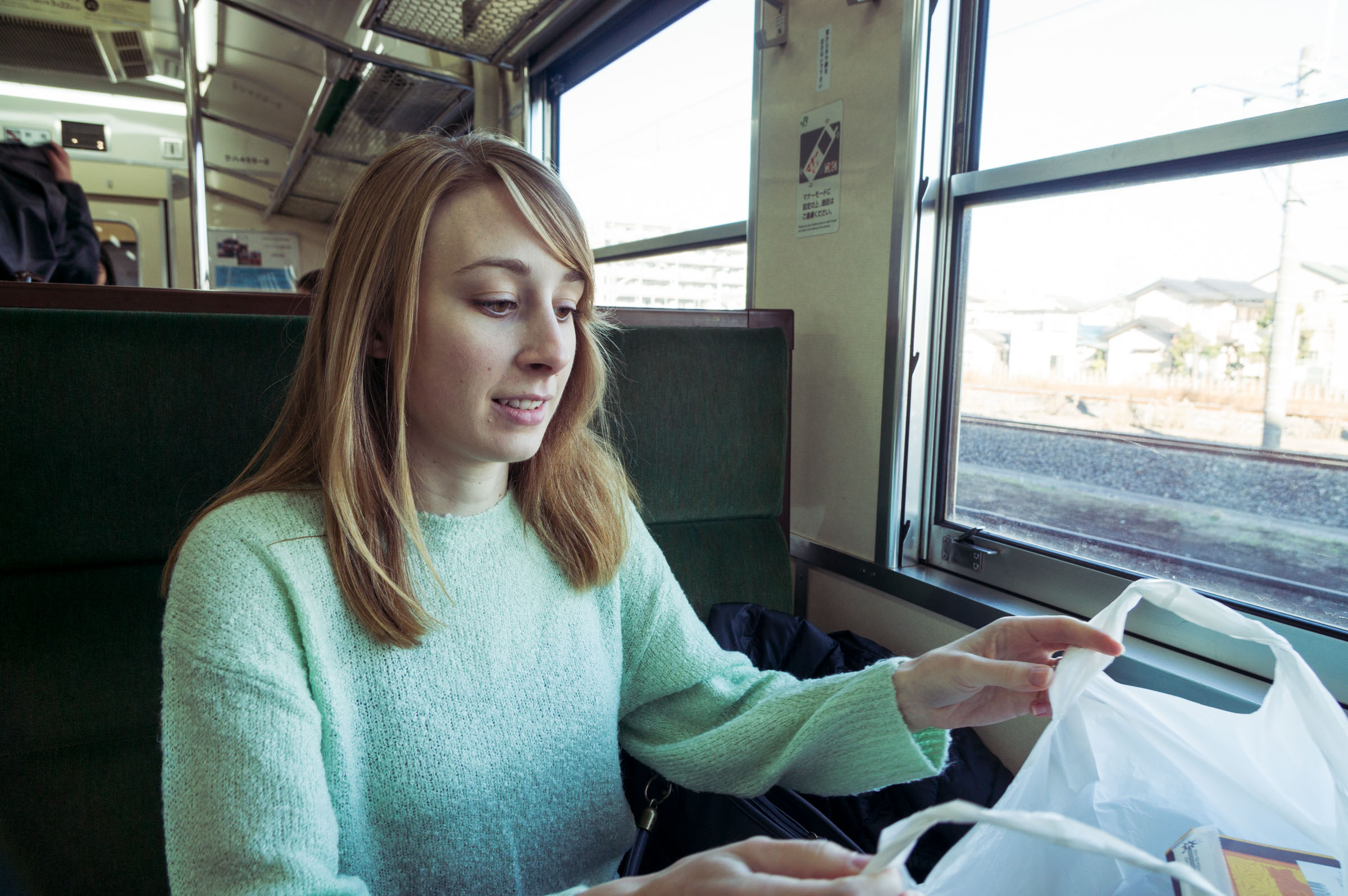 Ekiben are special bento meals only served at certain railway stations. The Railway Museum sources several different ones for visitors to try. Pulling the ripcord on this bento starts a chemical reaction that heats the food inside.

After lunch we check out the train simulators. 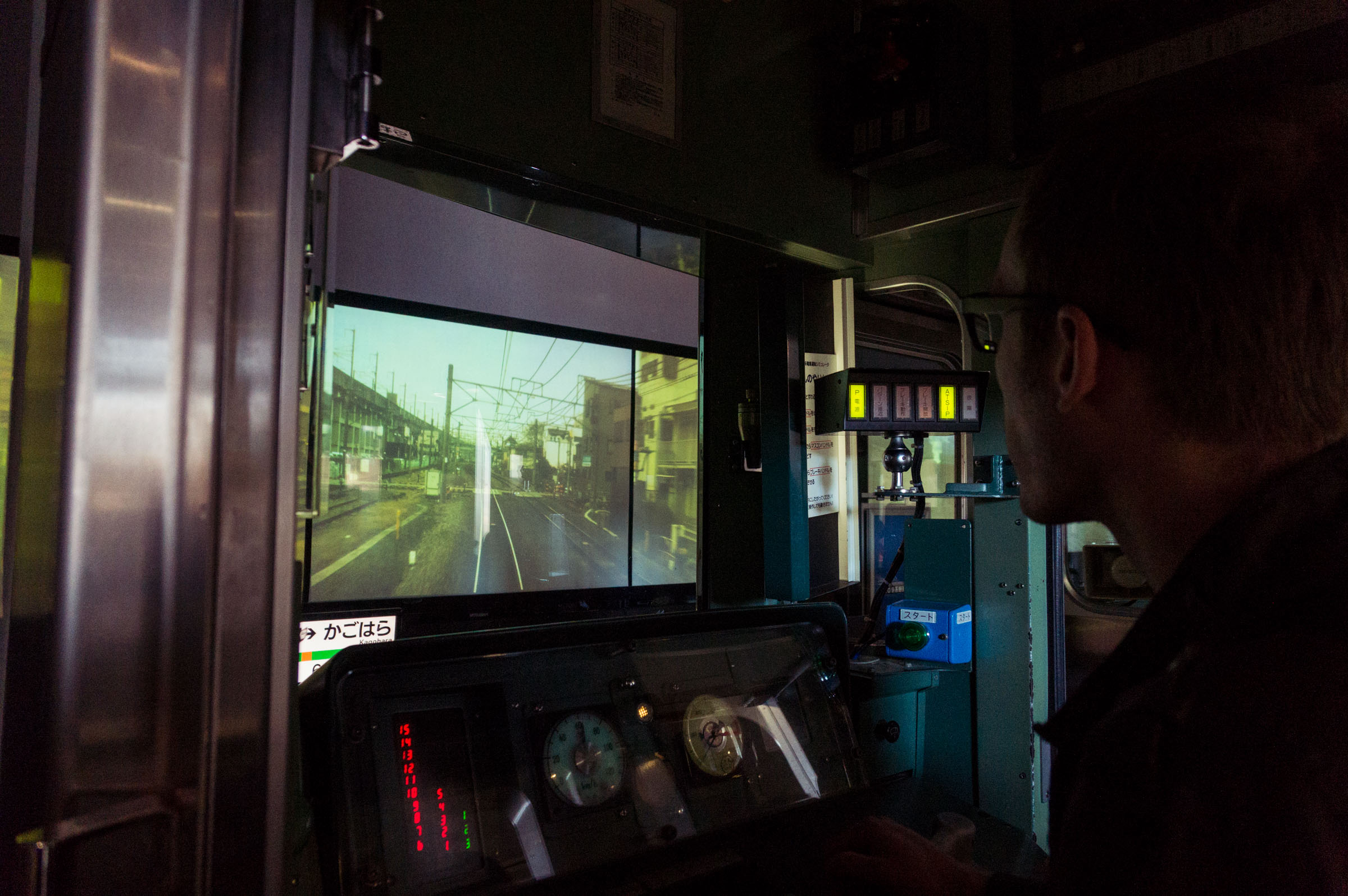 Work the controls just like a real conductor and get the train to the next station. The hard part is judging when to apply the brakes to avoid overshooting the platform. Simulators were setup for the Yamanote line, the Keihin-Tohoku line, and the Shonan-Shinjuku/Utsunomiya line.

But the most popular simulator by far is the Tokaido Shinkansen. Some of the hardcore enthusiasts wear the same white gloves that real conductors use. 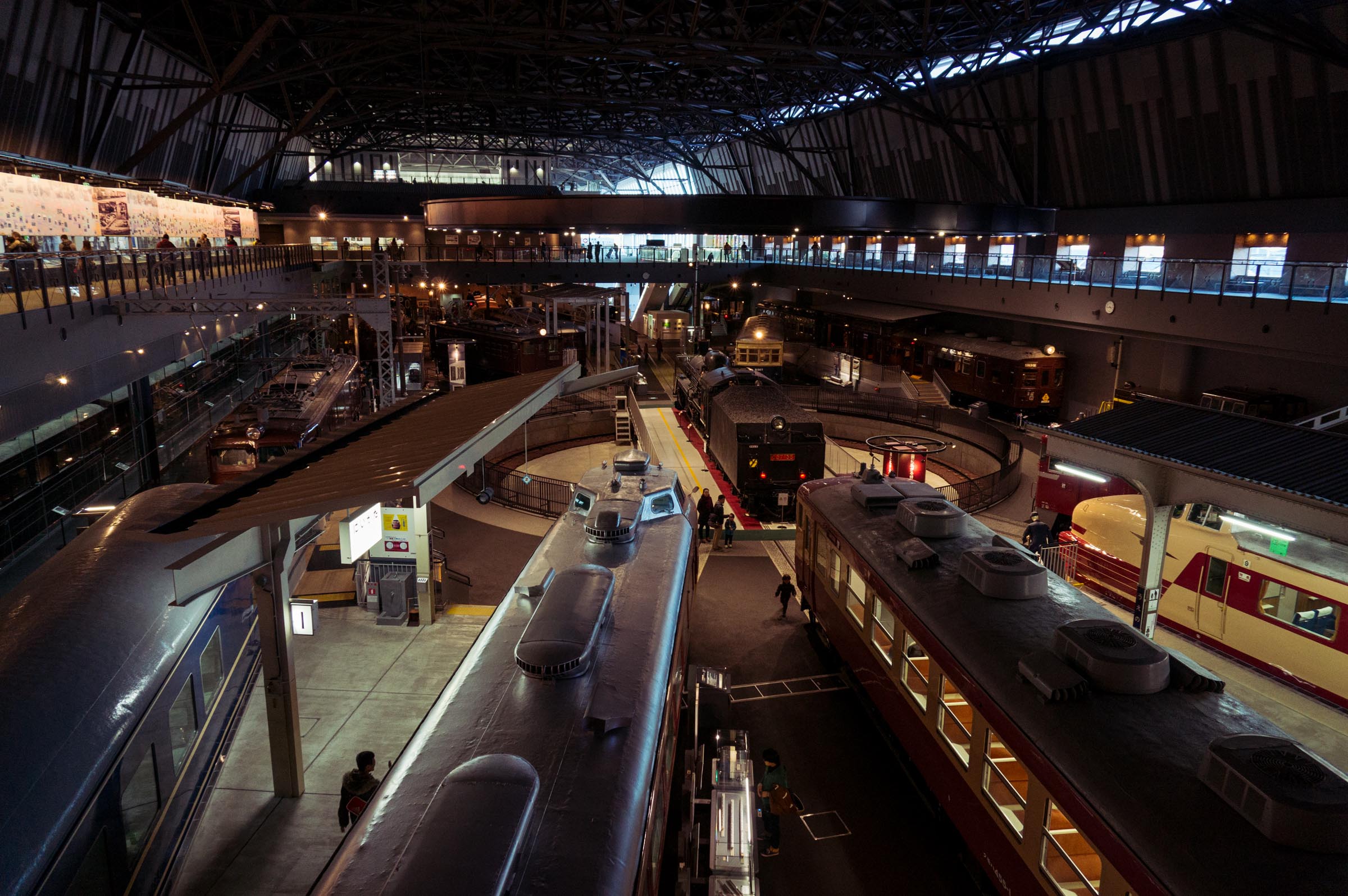 The main area of the museum resembles a train yard. 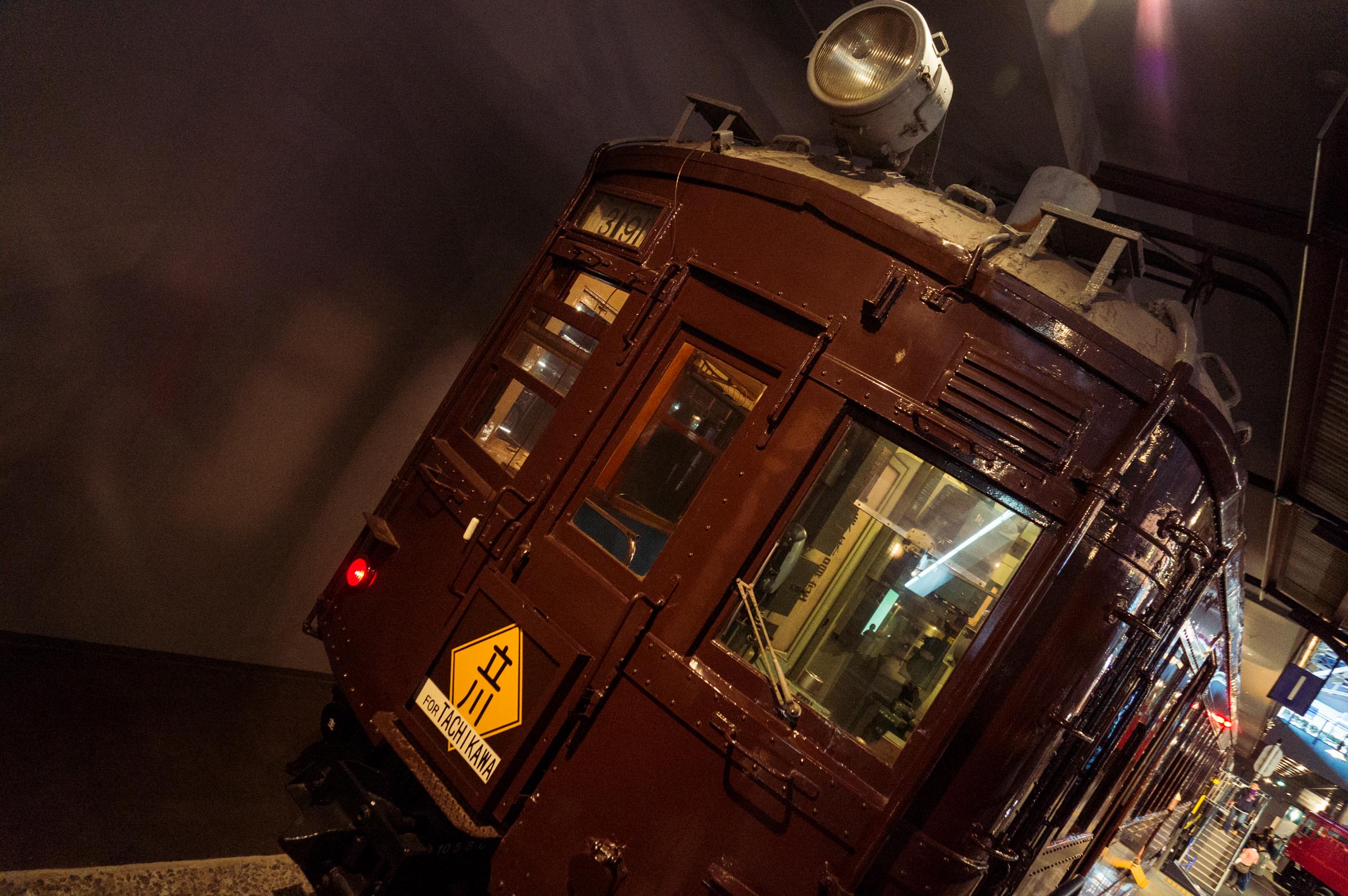 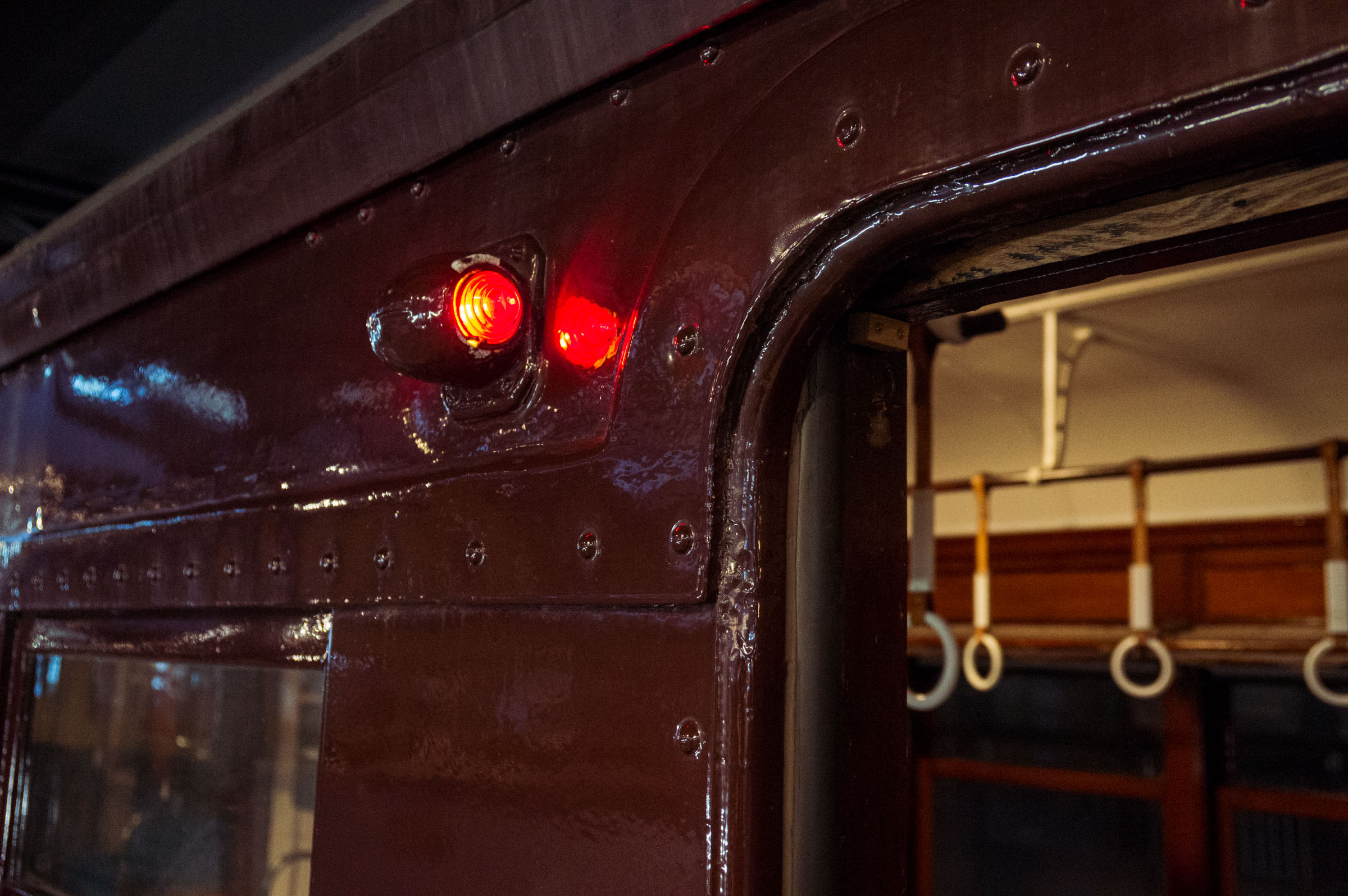 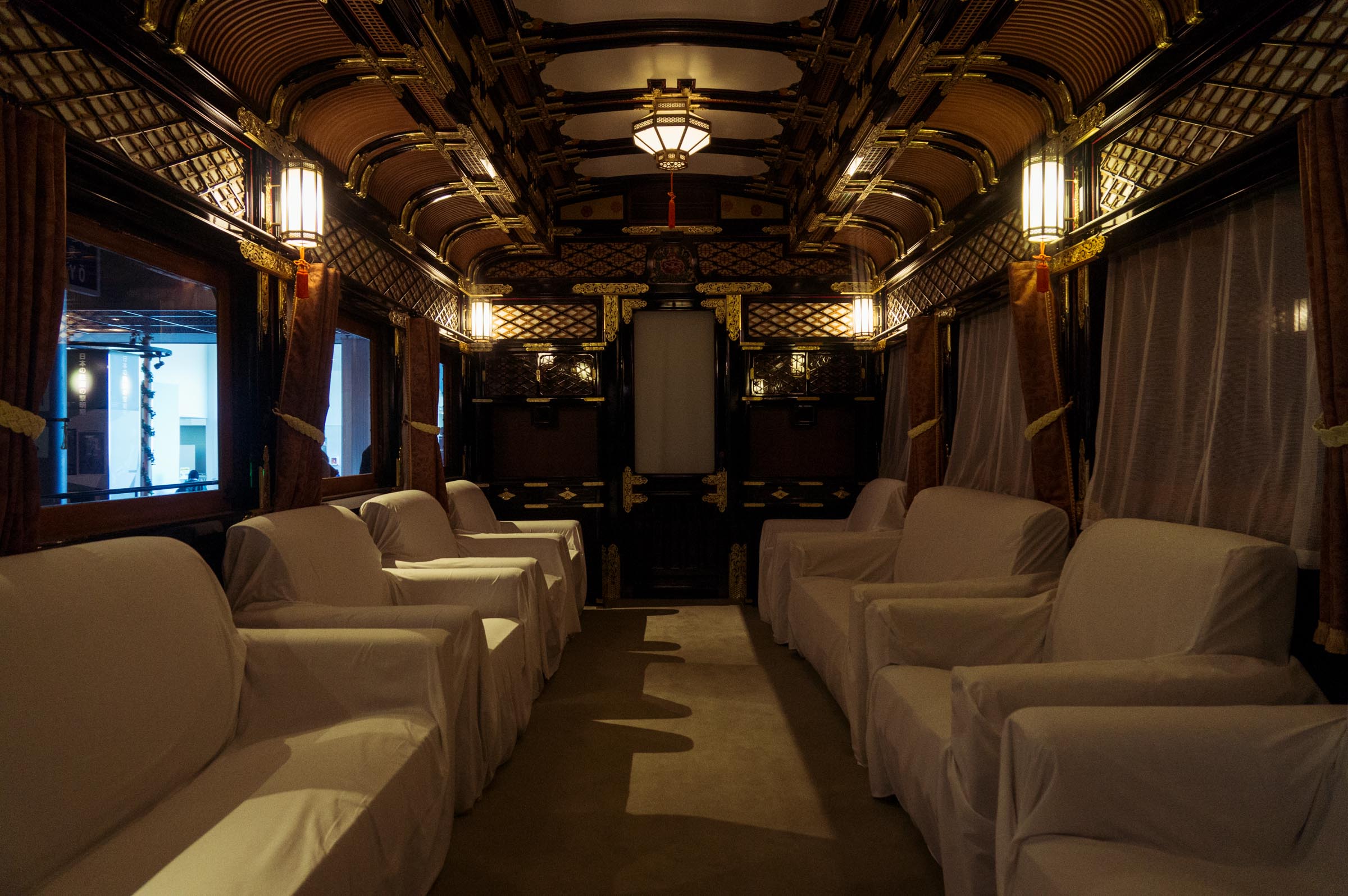 Not sure what class uses padded church pews. 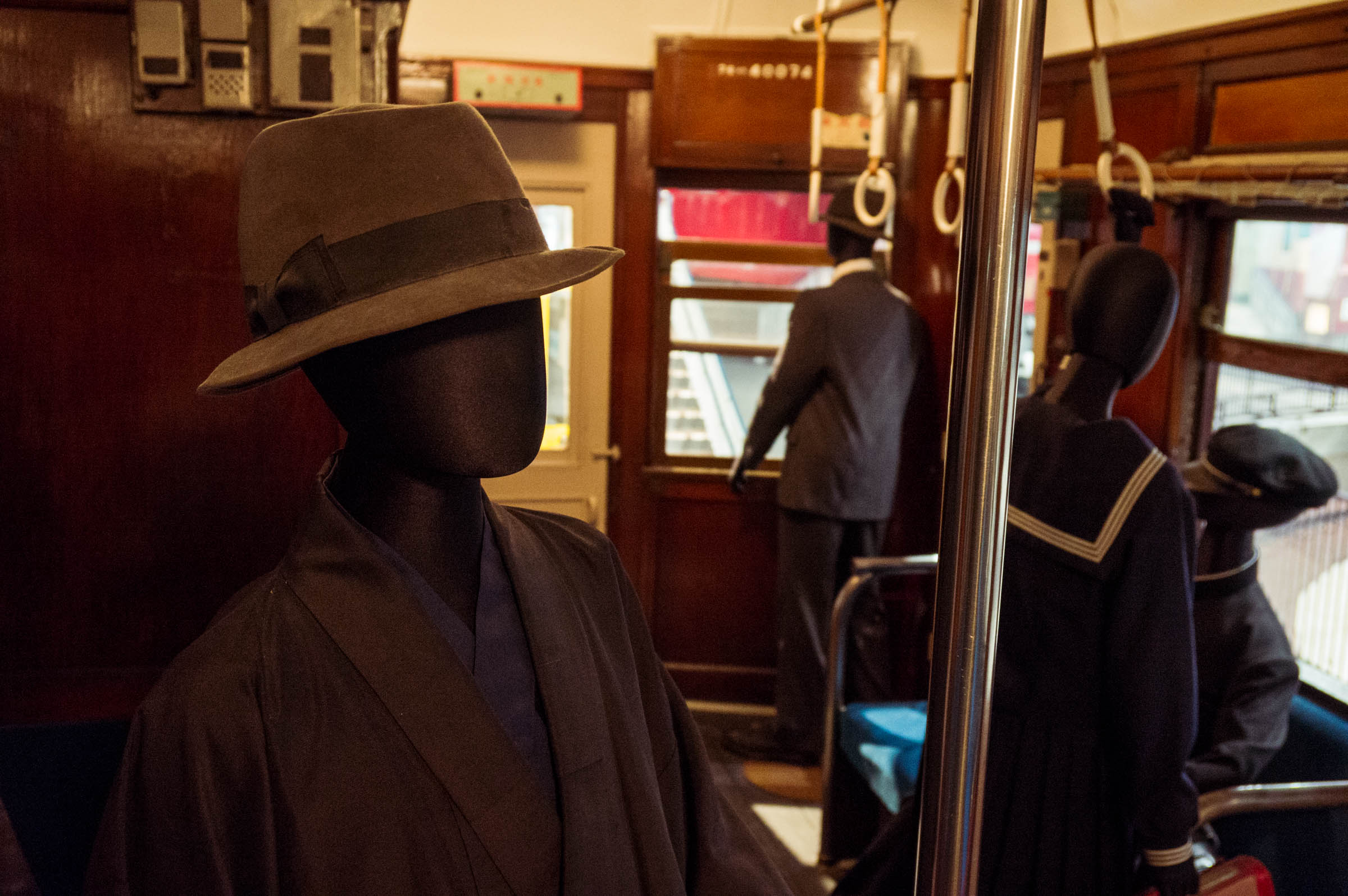 This train car is a little more crowded than the others. 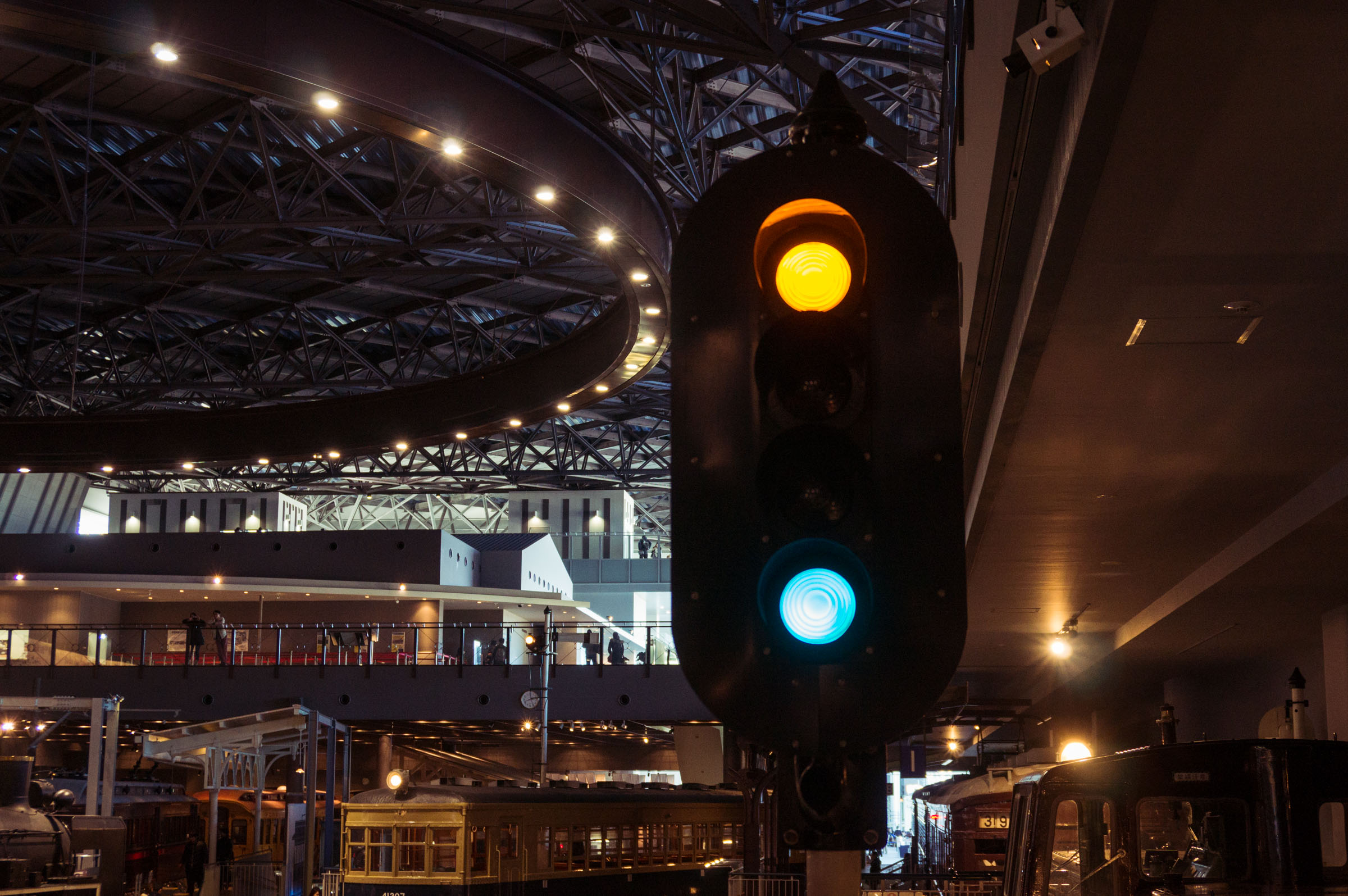 The motorman room, where all the motoring takes place. 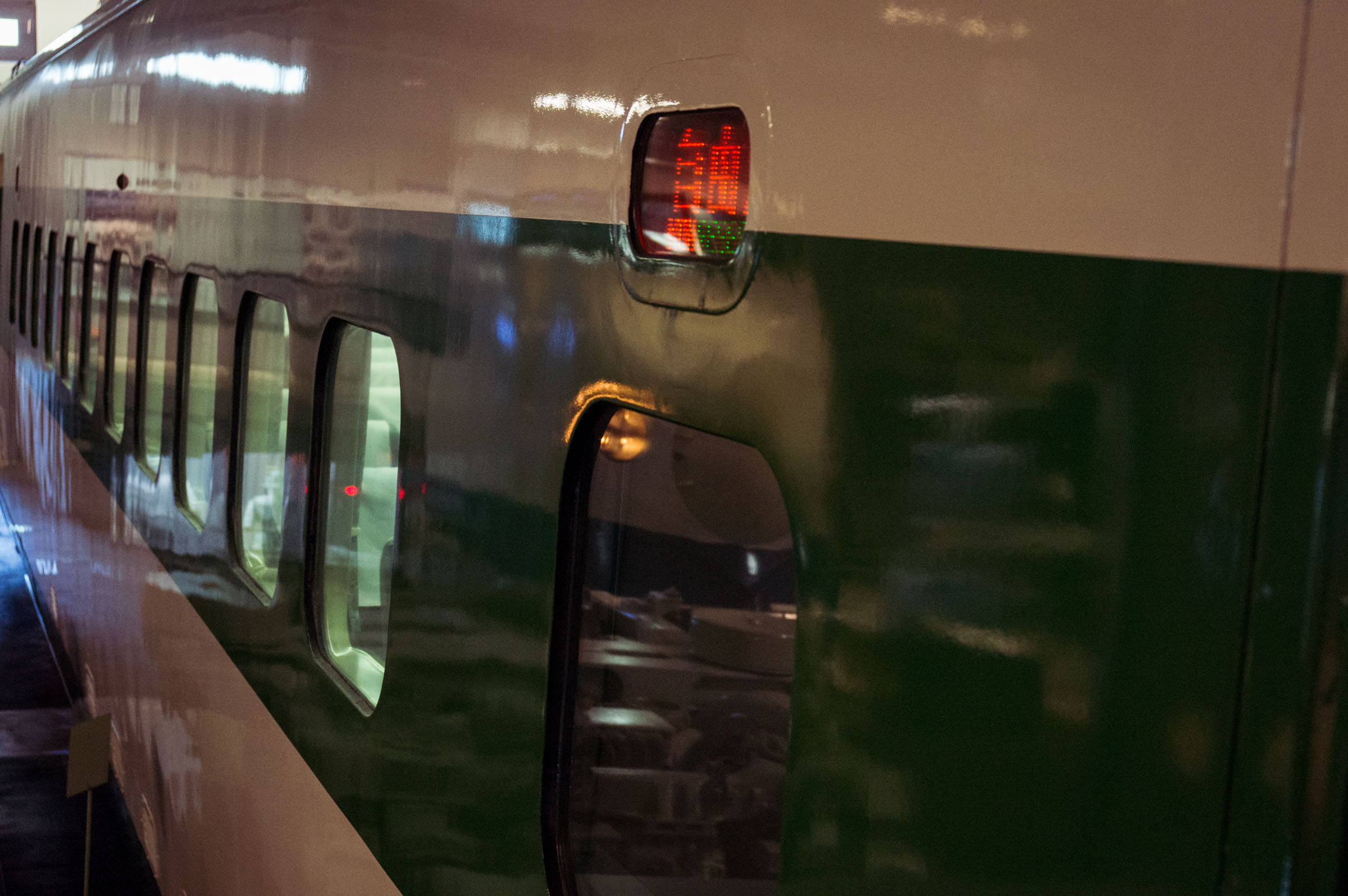 Step inside the Shinkansen passenger car to check out the layout. 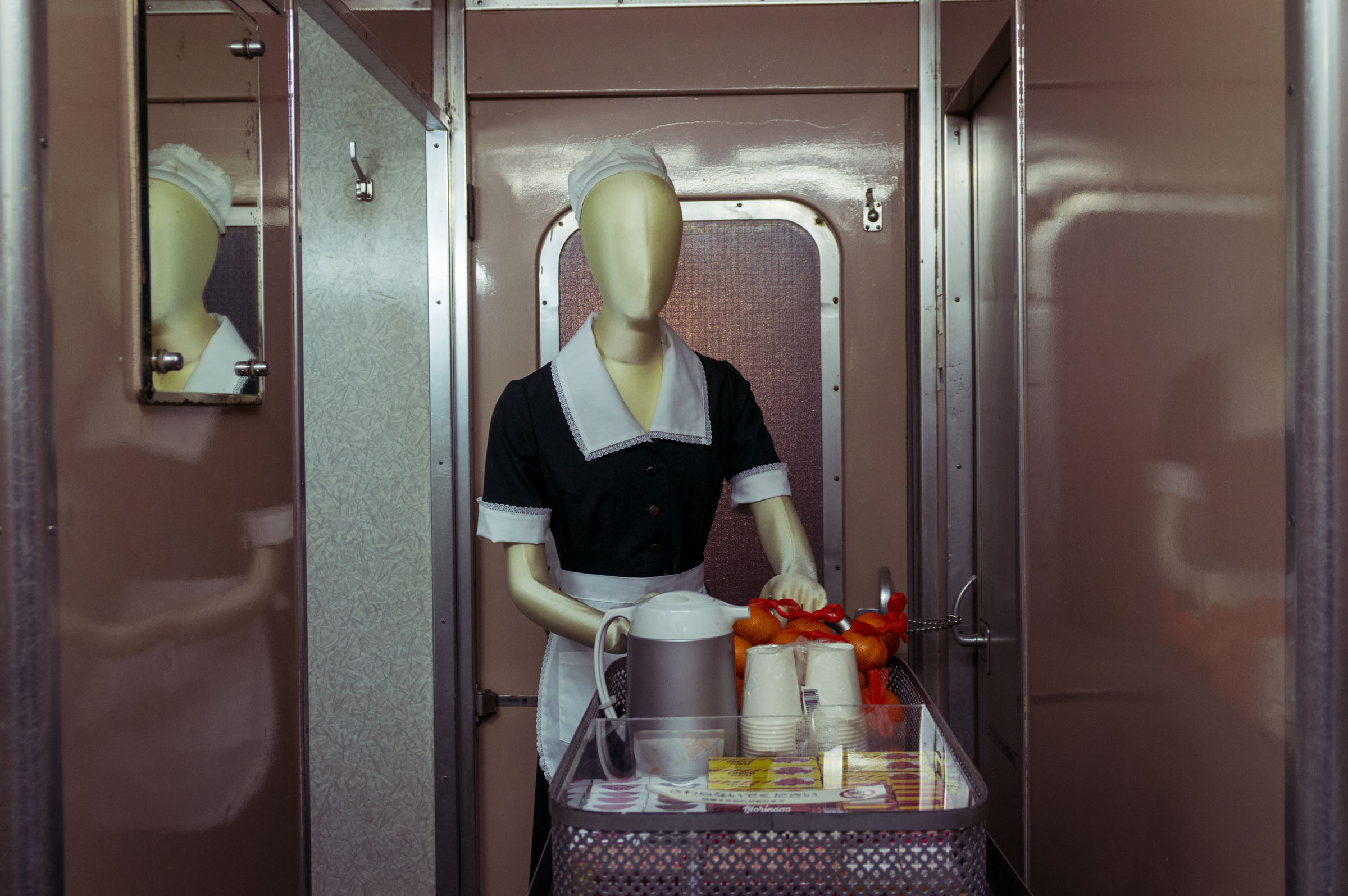 The snack cart woman in a French maid uniform refuses to serve me anything. 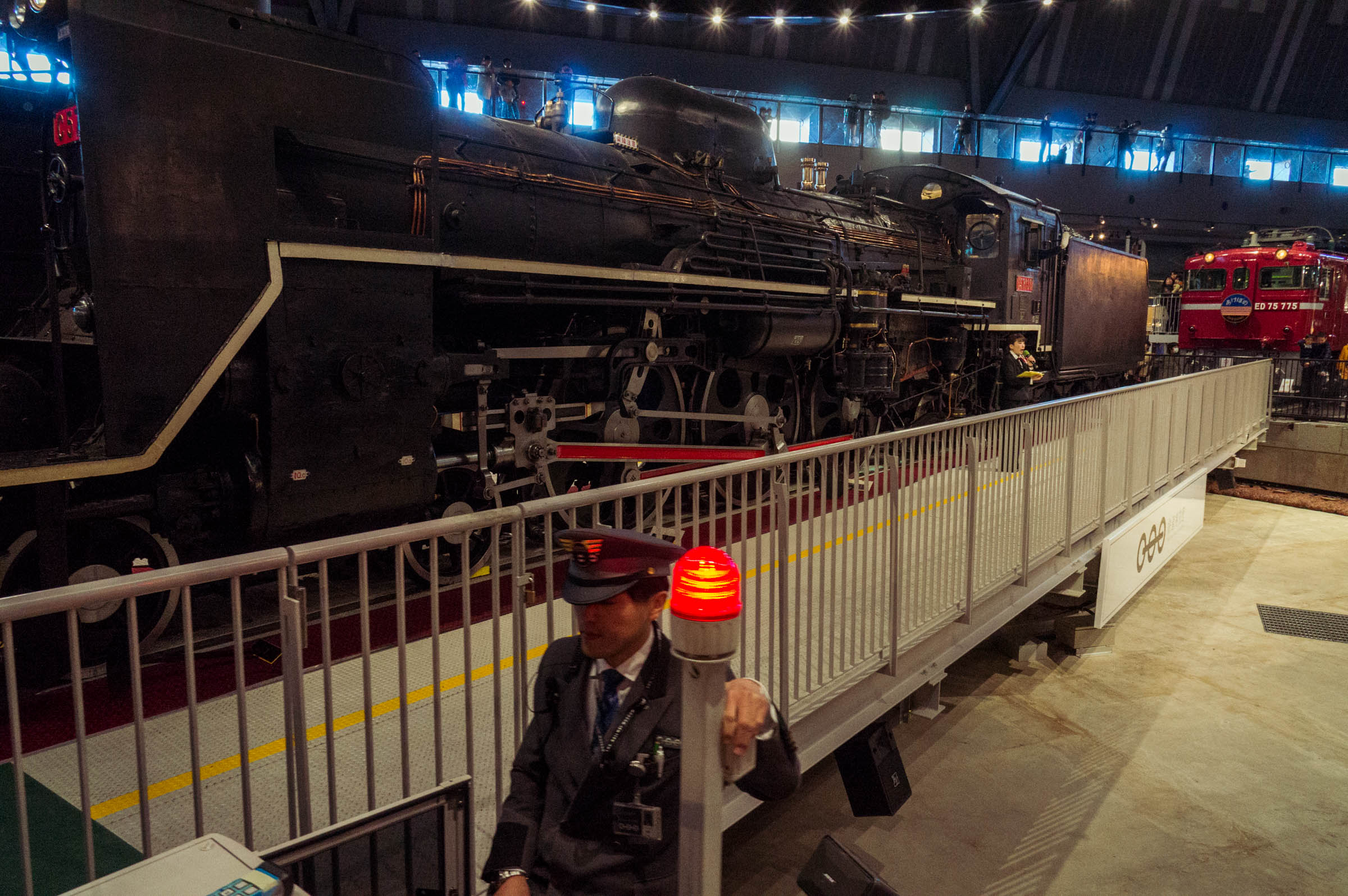 At certain times of the day, the museum staff show off the working railway turntable in the center of the main hall.

A lucky kid gets to ride in the old steam engine while it does one full rotation.

The upper floor of the museum houses many scale models. 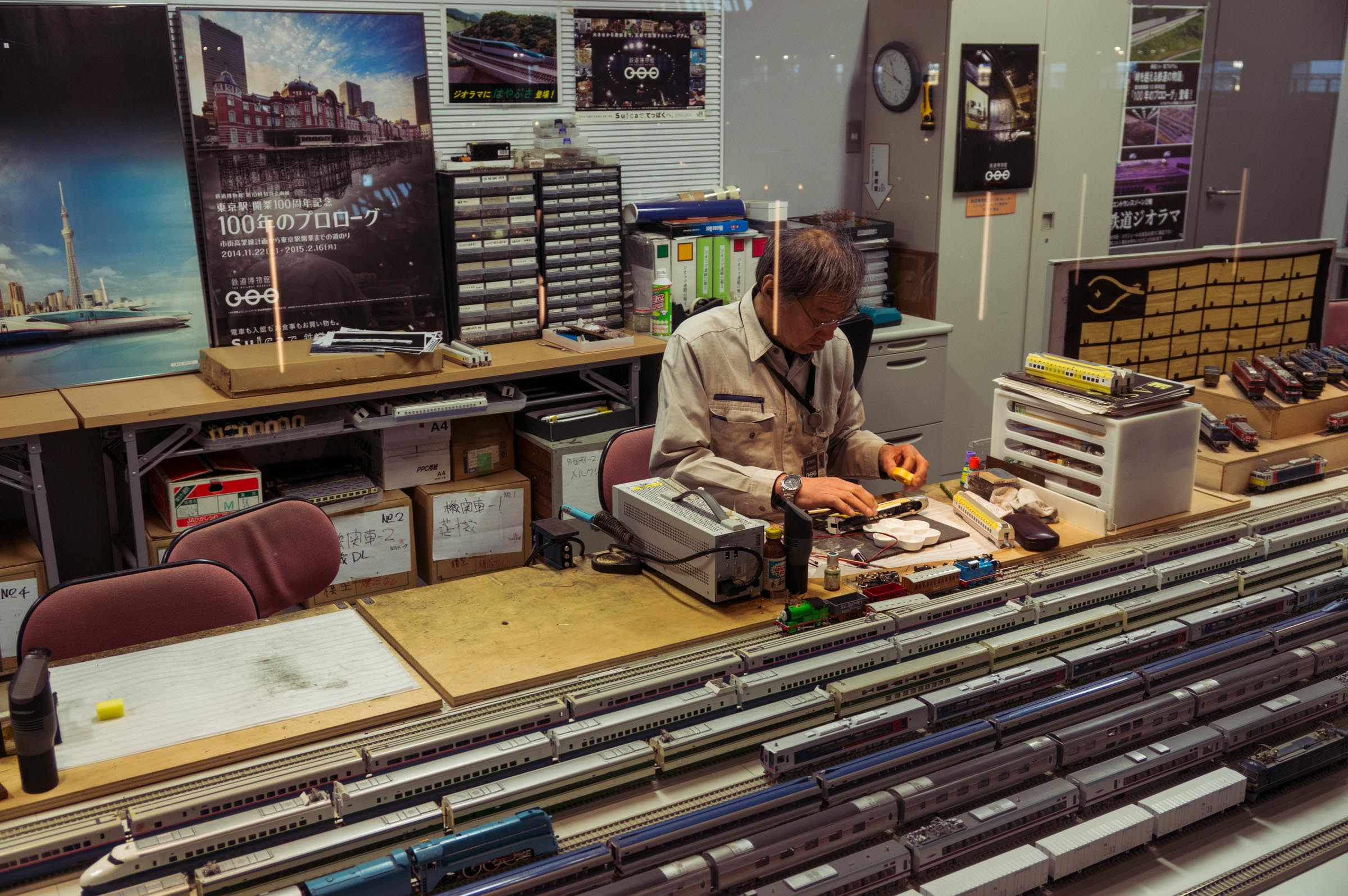 In fact, a whole workshop located upstairs devotes its time to producing scale models for the museum.

The workshop staff probably spend most of their time on this huge model train diorama that runs every few minutes. 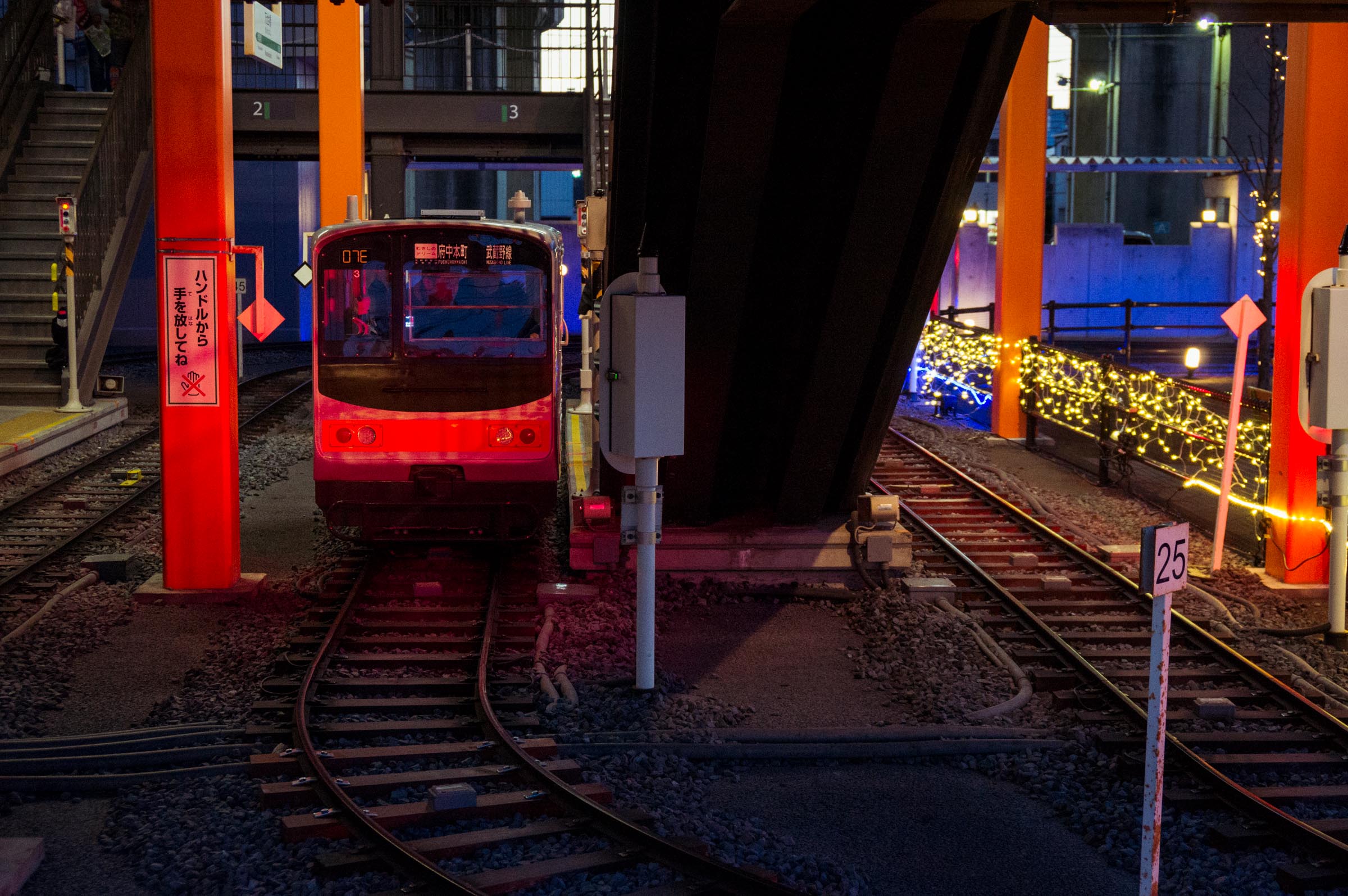 Outside is a miniature railway, complete with two separate tracks.

Staff usher visitors into the tiny cars to make a loop around the garden. 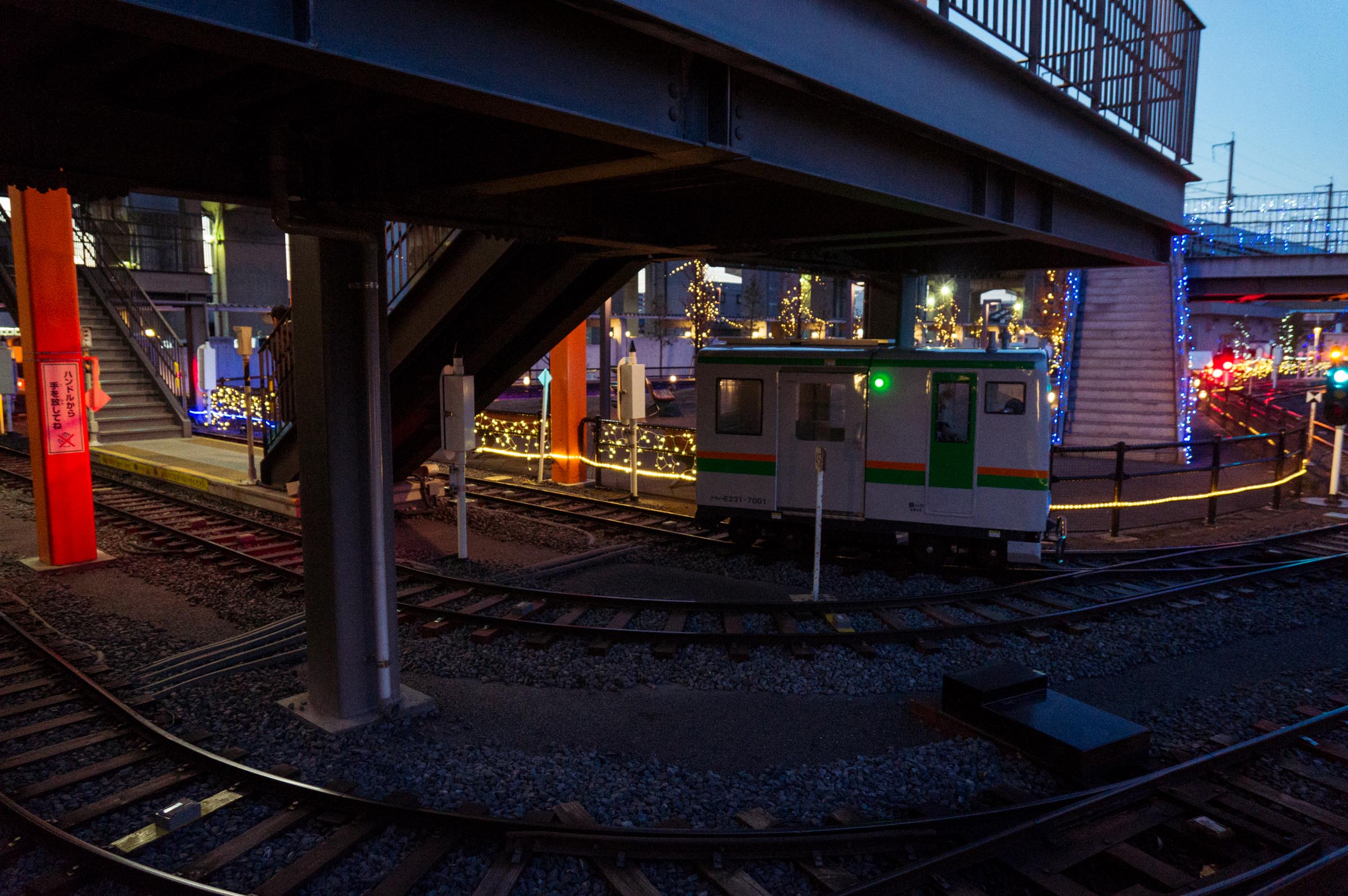 Strings of lights decorate most of the outdoor area. After our trip around, it’s time to head back home.

The Railway Museum has a large variety of train models on display. The exhibits offer some insights into Japanese railway development for those interested in trains or general engineering. And don’t forget to try out the train simulators, they are a lot of fun.