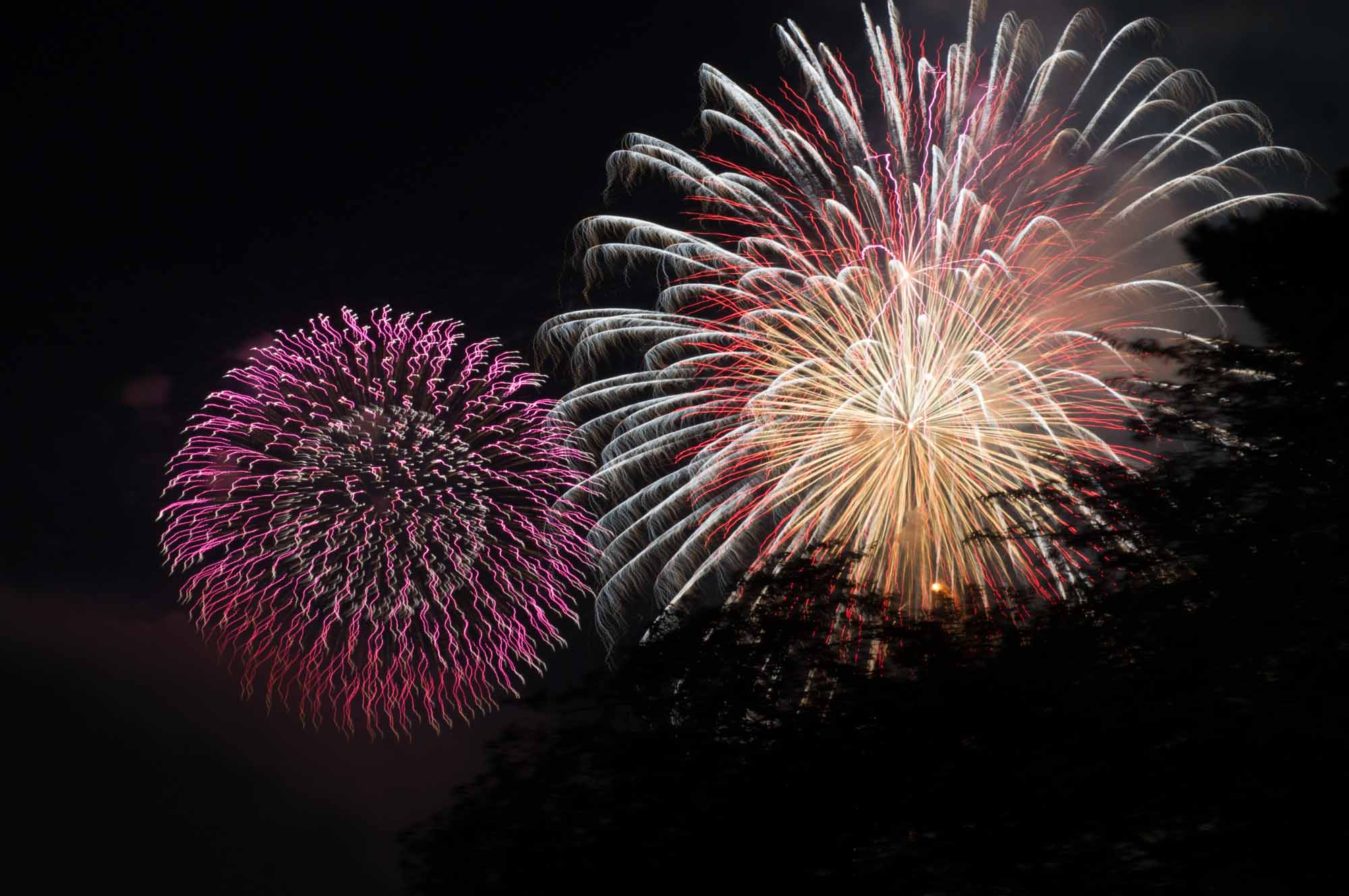 Lots of towns are notable for one thing or another, and Okazaki is known for its fireworks. The region around the city designs and manufactures the majority of Japan’s fireworks, so today Okazaki celebrates by firing off around twenty thousand fireworks during a two-hour event. The spectacle draws crowds of people from all around the country. 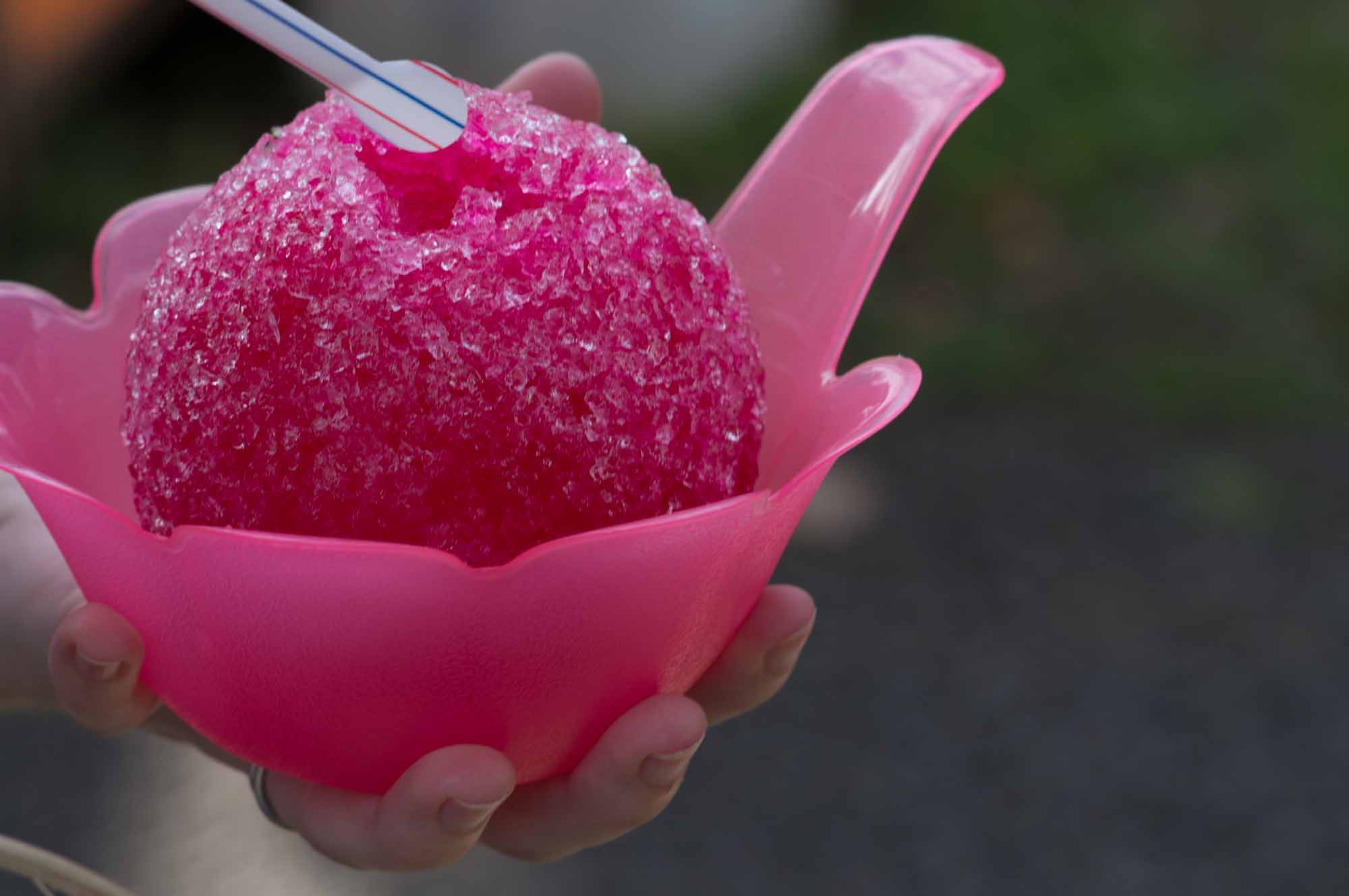 Fireworks are a staple of summers in Japan, like shaved ice and cicadas. 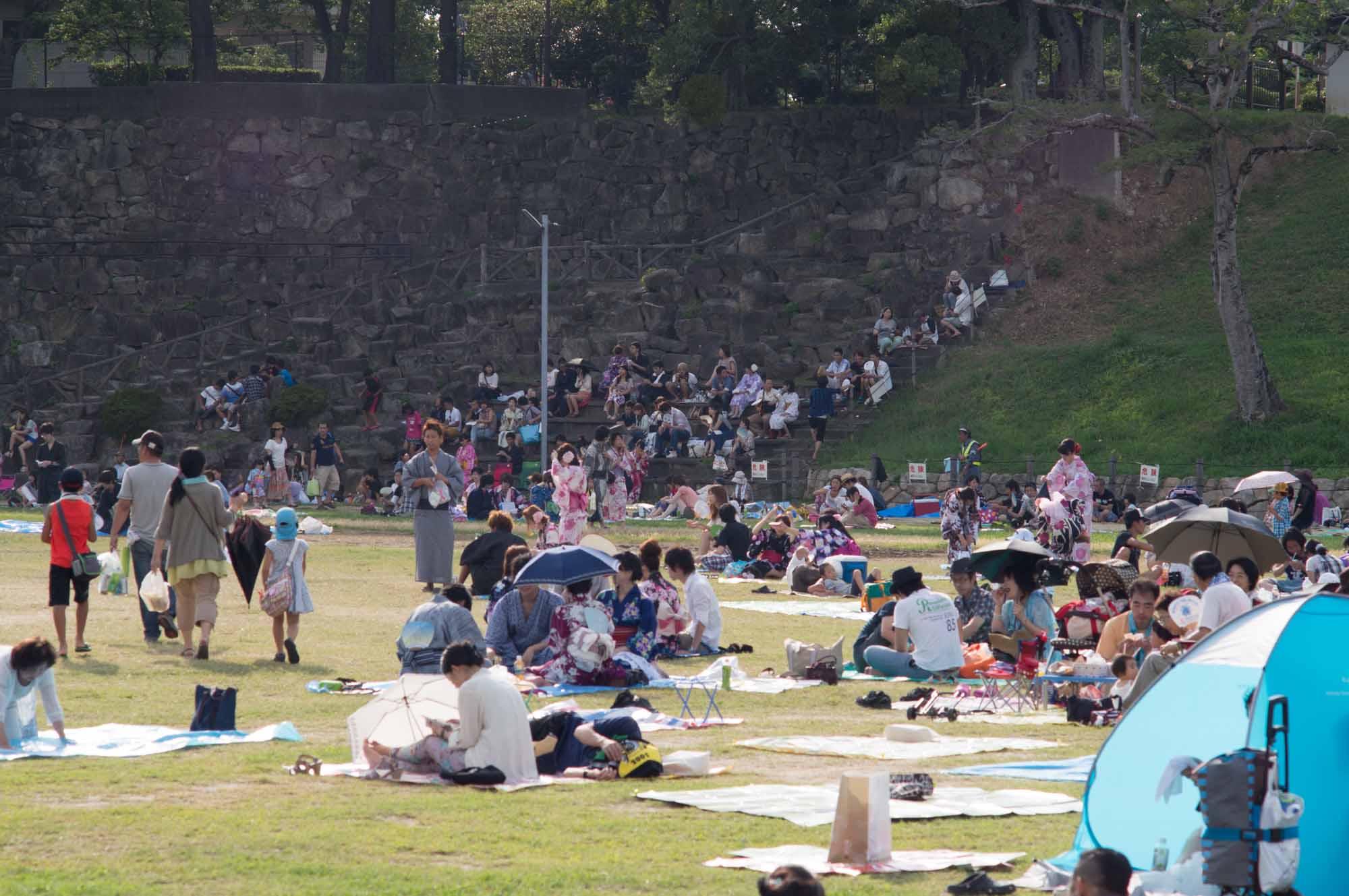 More and more people gradually start to fill the area around Okazaki Castle. Since Okazaki is a fairly small city in Japan, many people went out to the riverbanks days before and simply laid a tarp down to reserve a spot. I doubt such a reservation system would work nearly as well in other countries. Of course, paid seating was available for a price, but those options sold out long before. 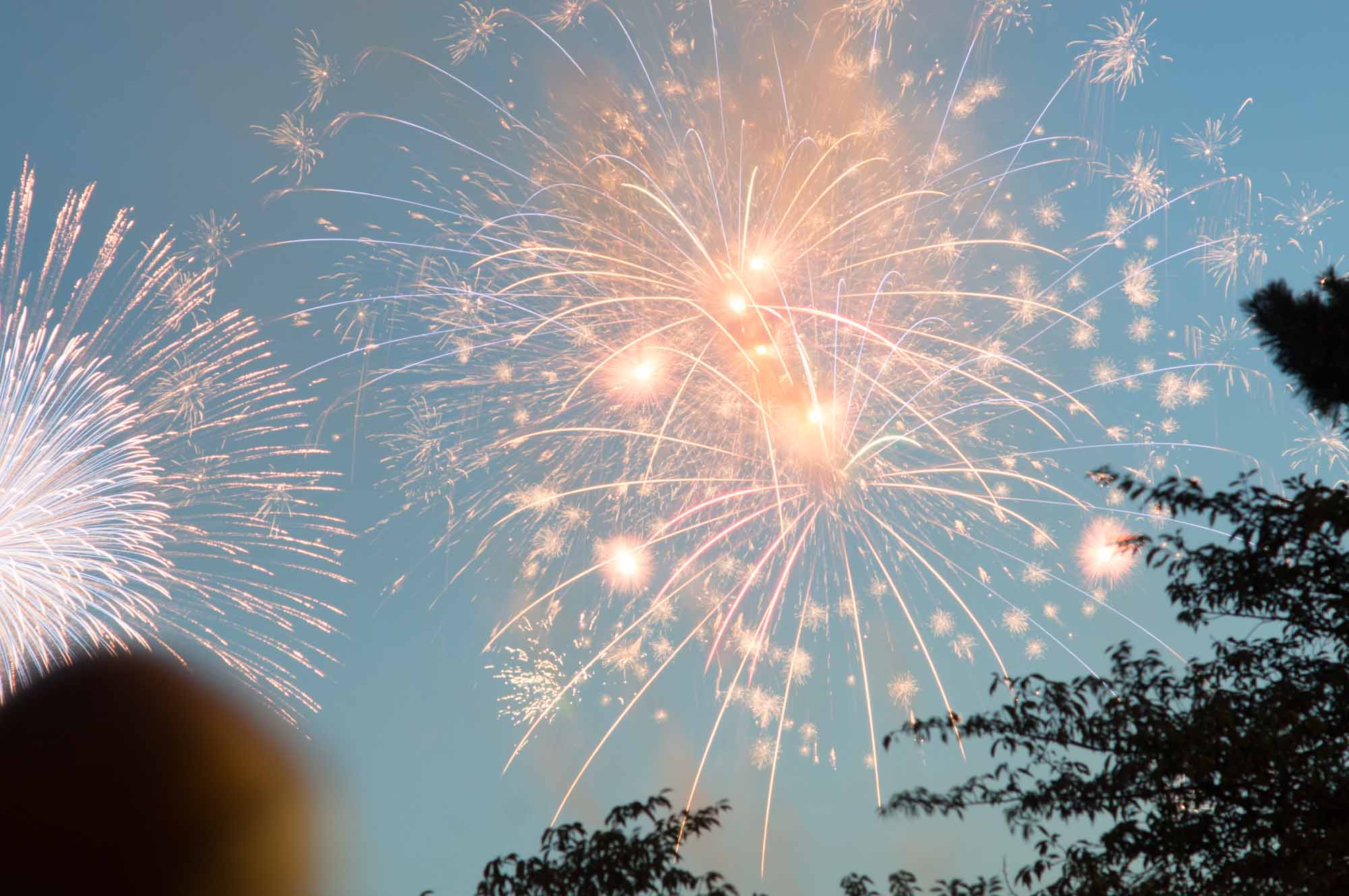 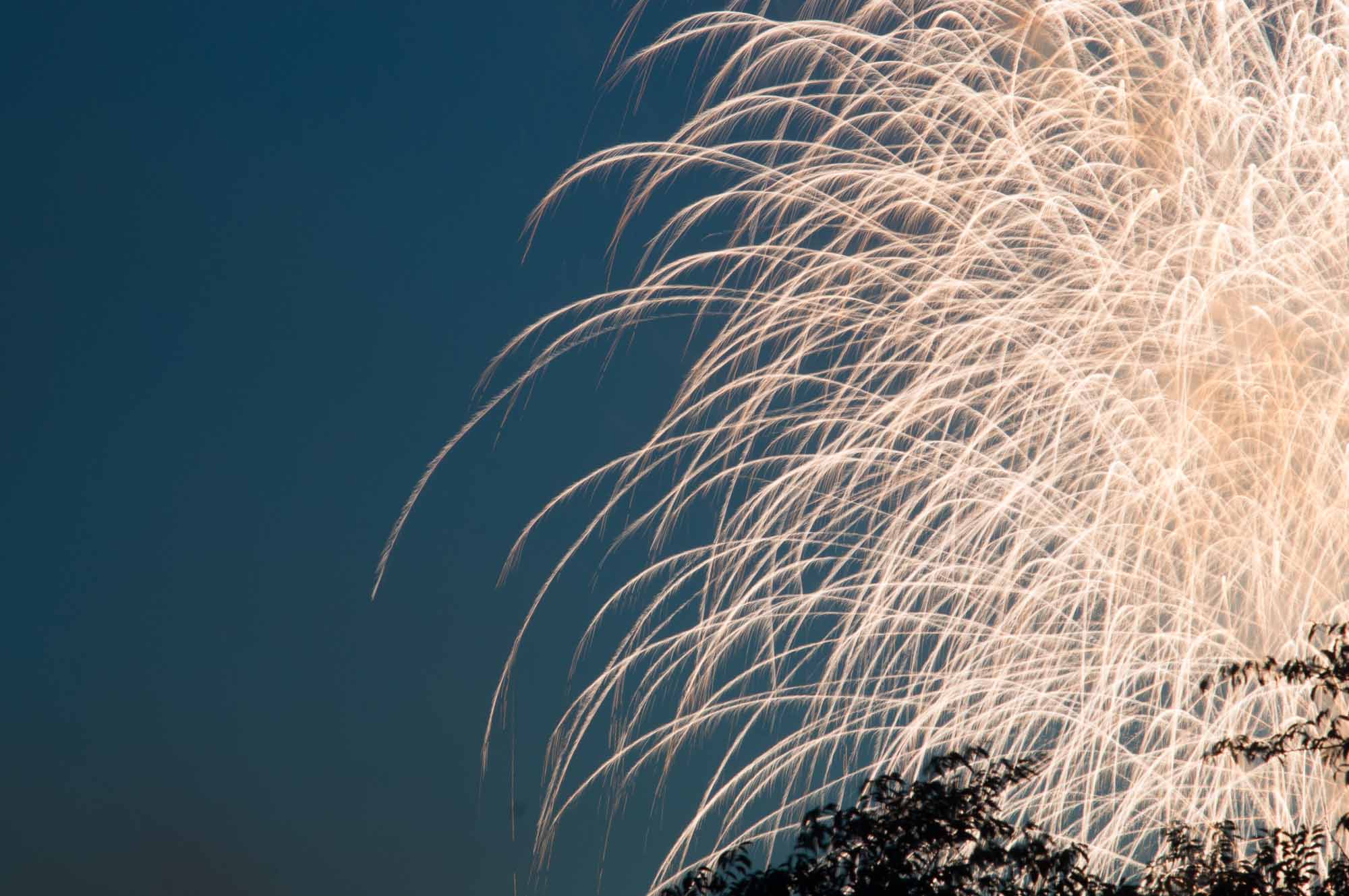 The fireworks show starts before the sun has time to set. 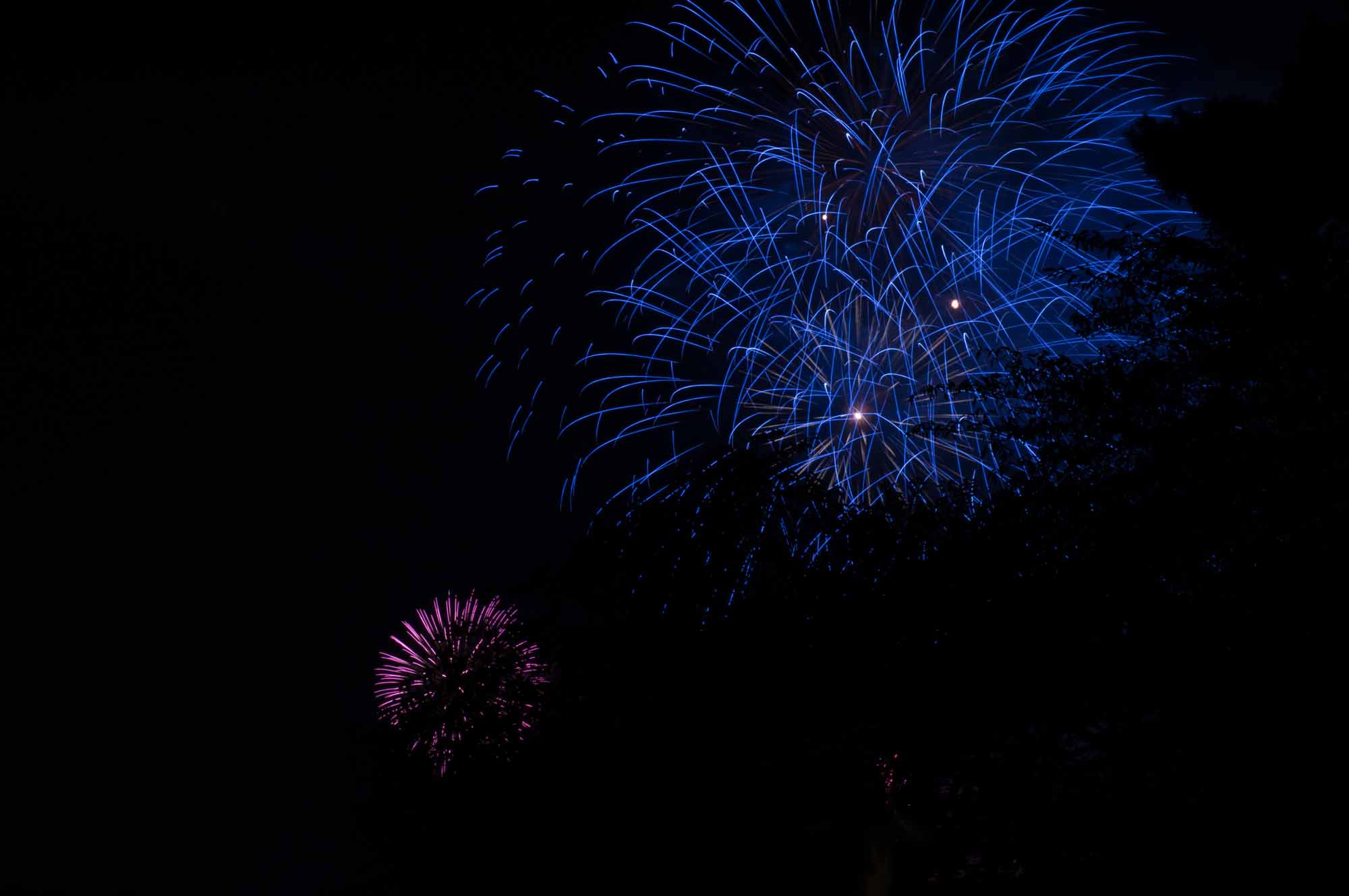 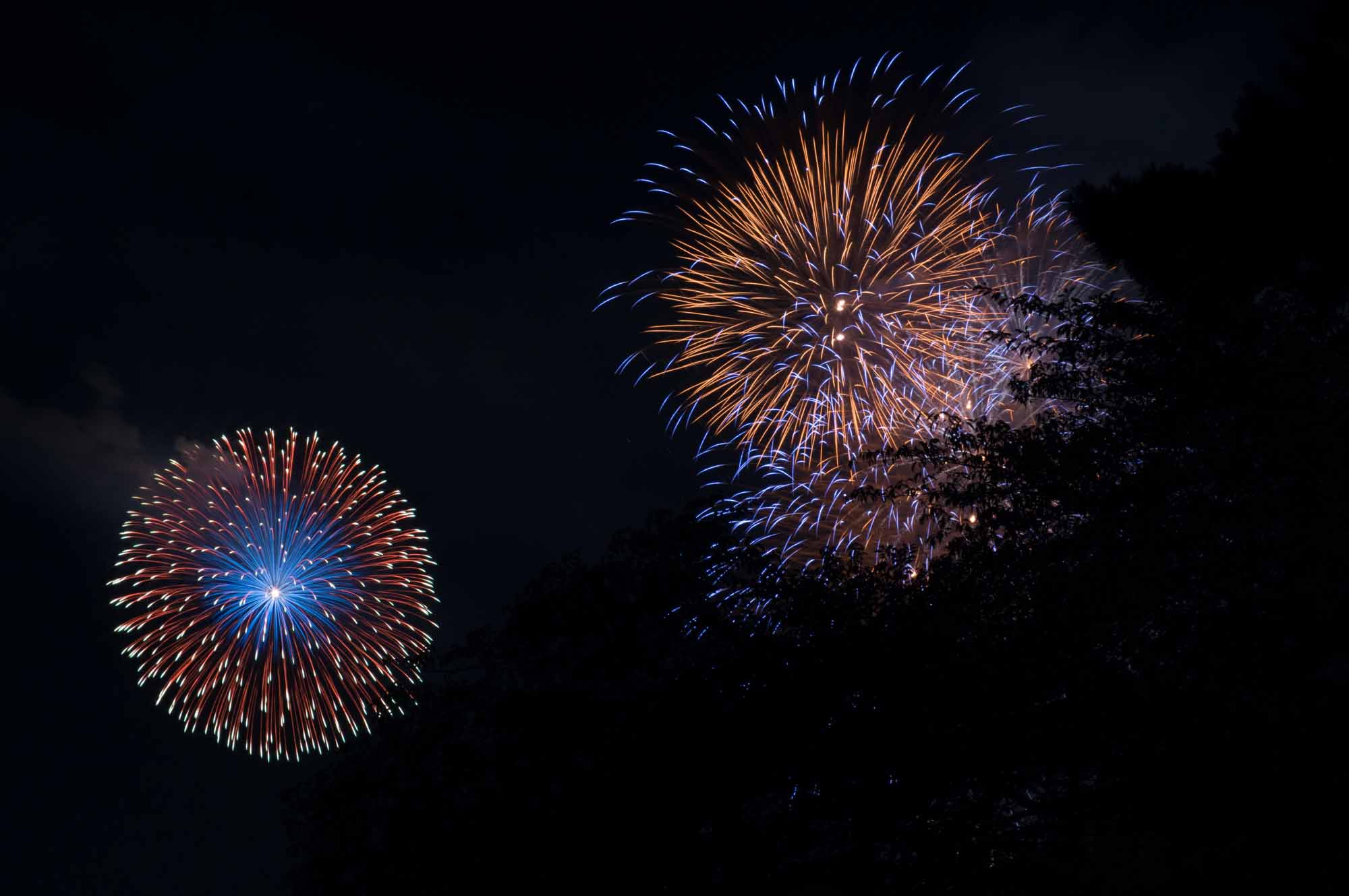 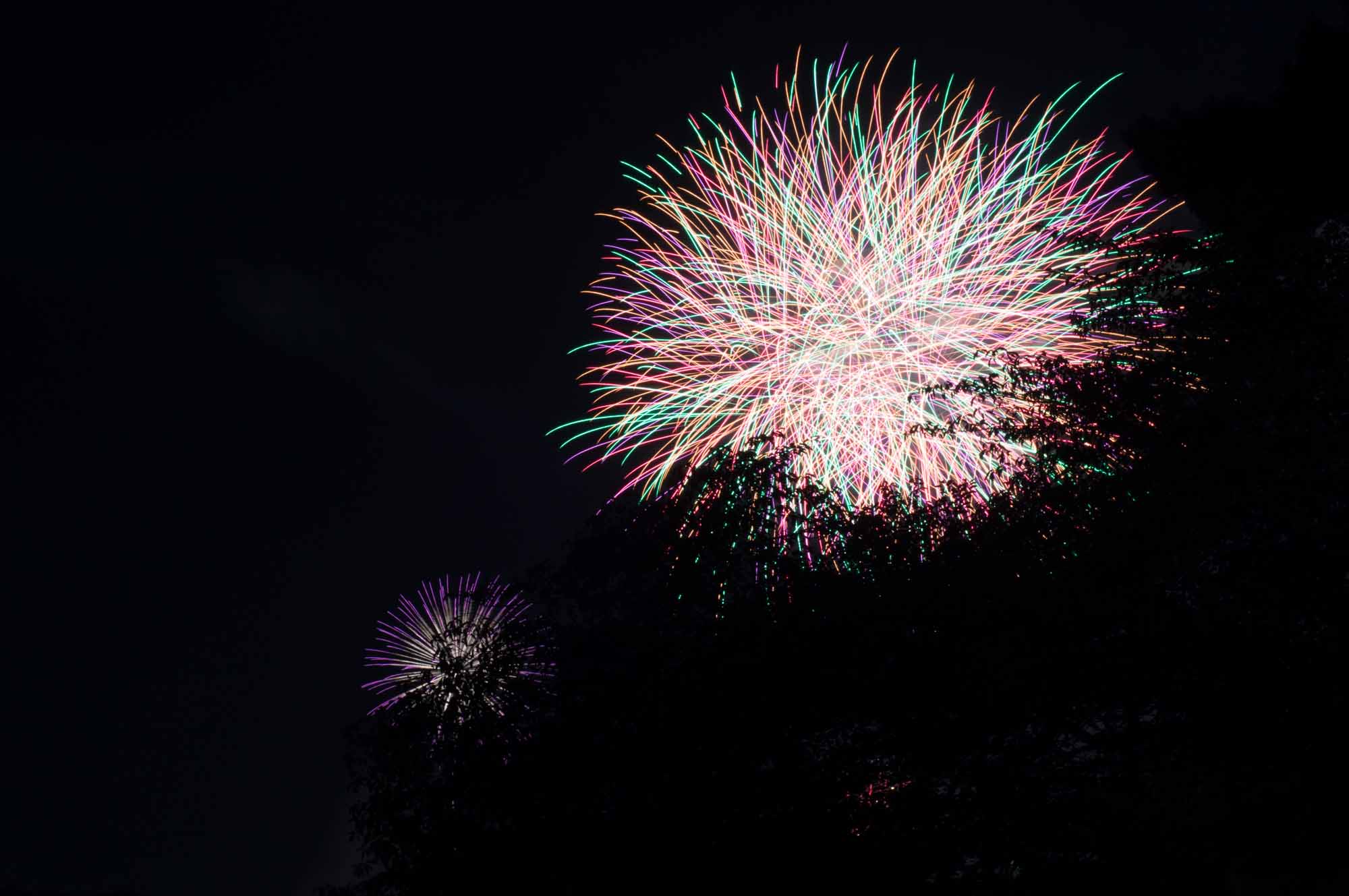 Once the sky goes dark though, the visuals ramp up. 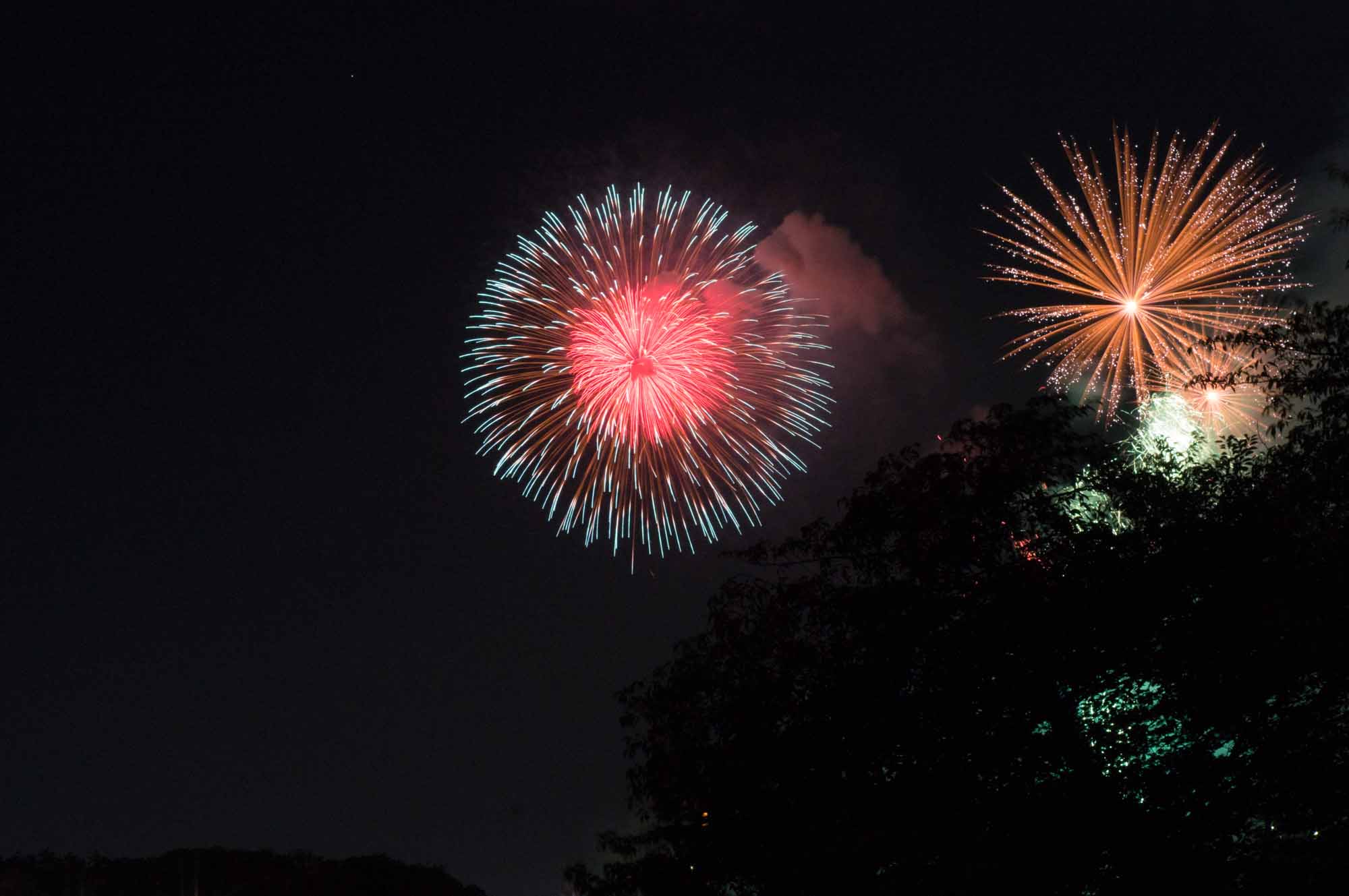 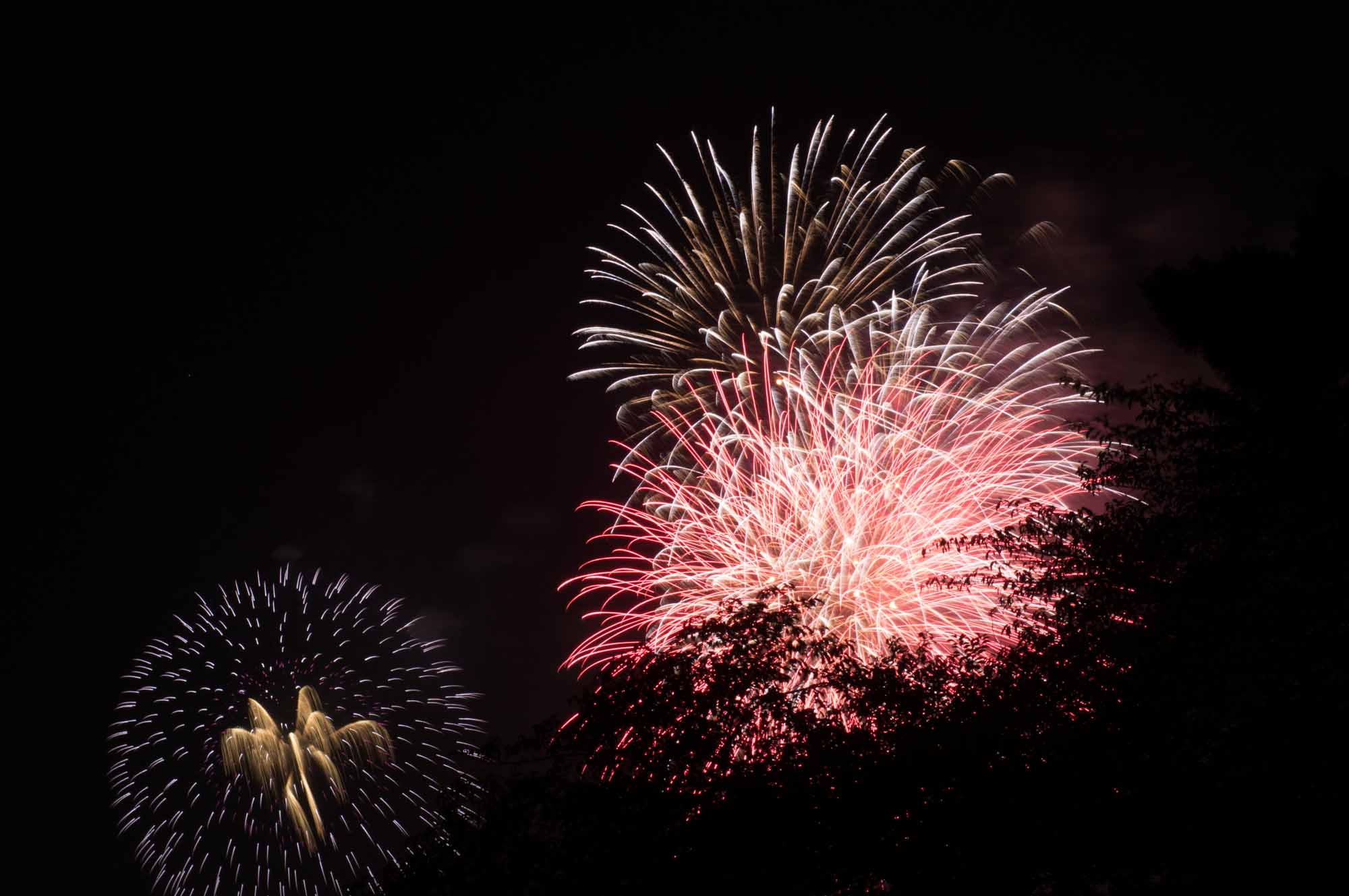 The fireworks show off an impressive range of colors and styles. Interesting delays in subsequent bursts and intricate patterns emerge from the more complex fireworks. Some even make a good effort at recreating the faces of children’s characters. 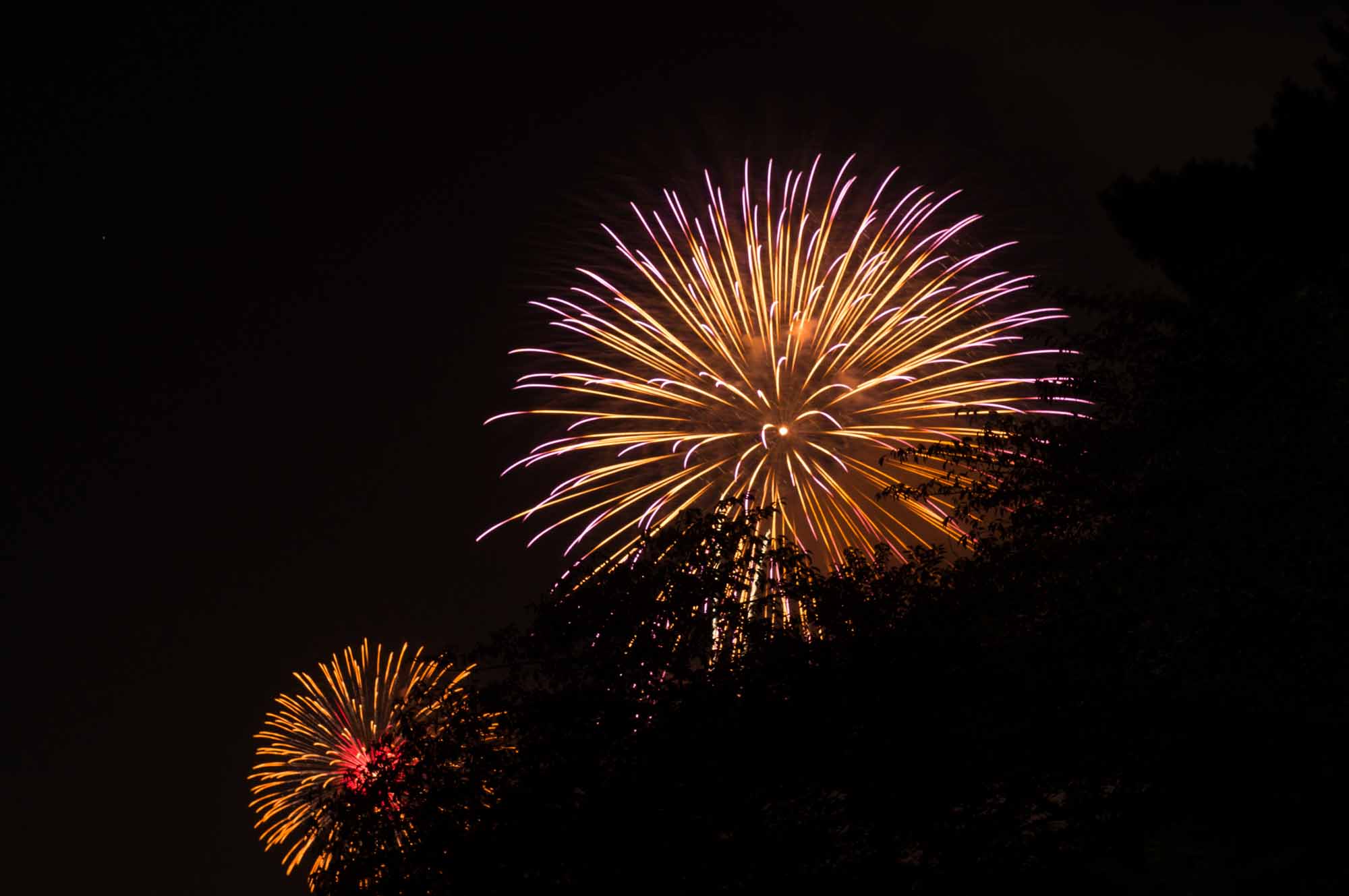 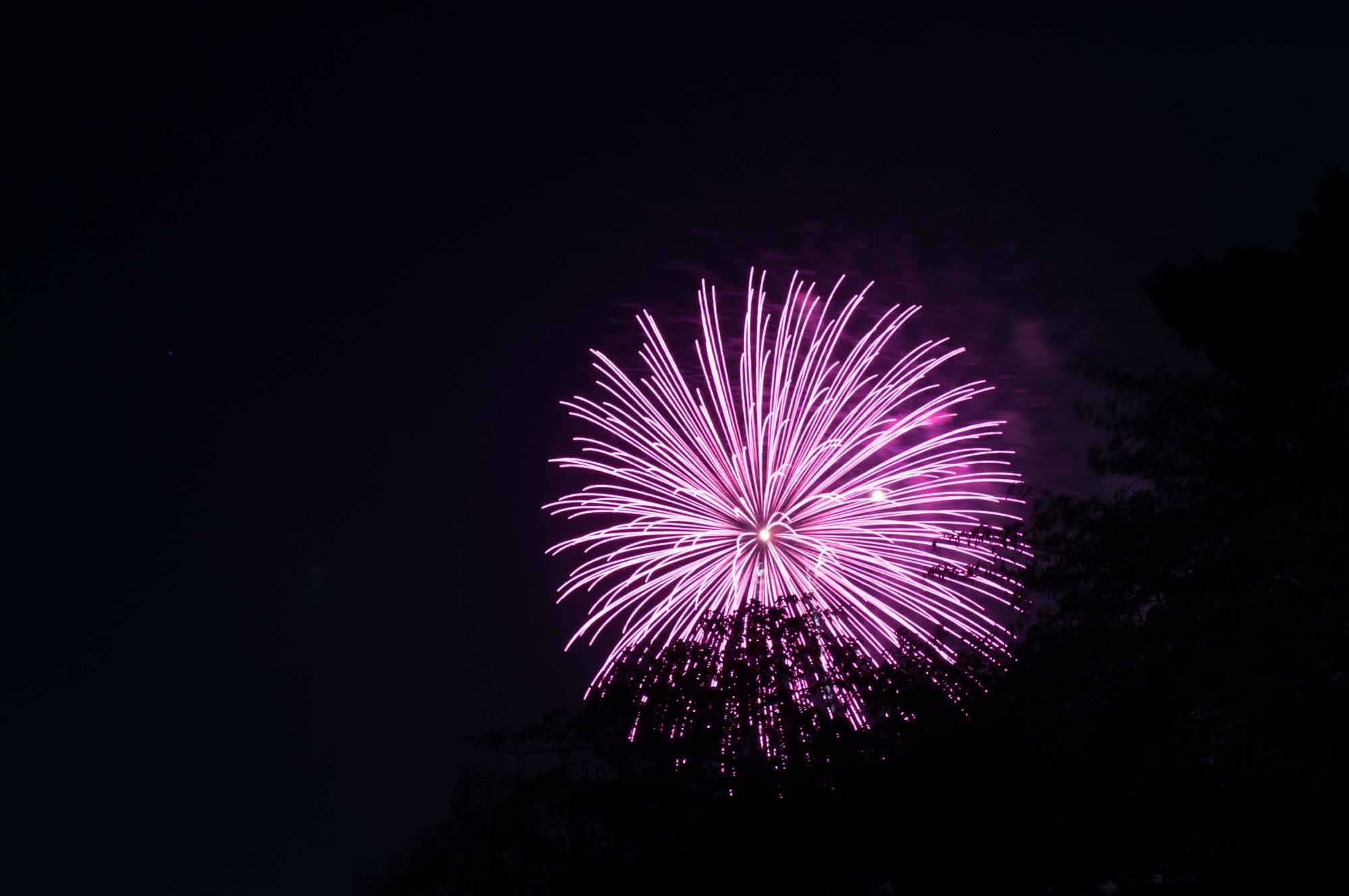 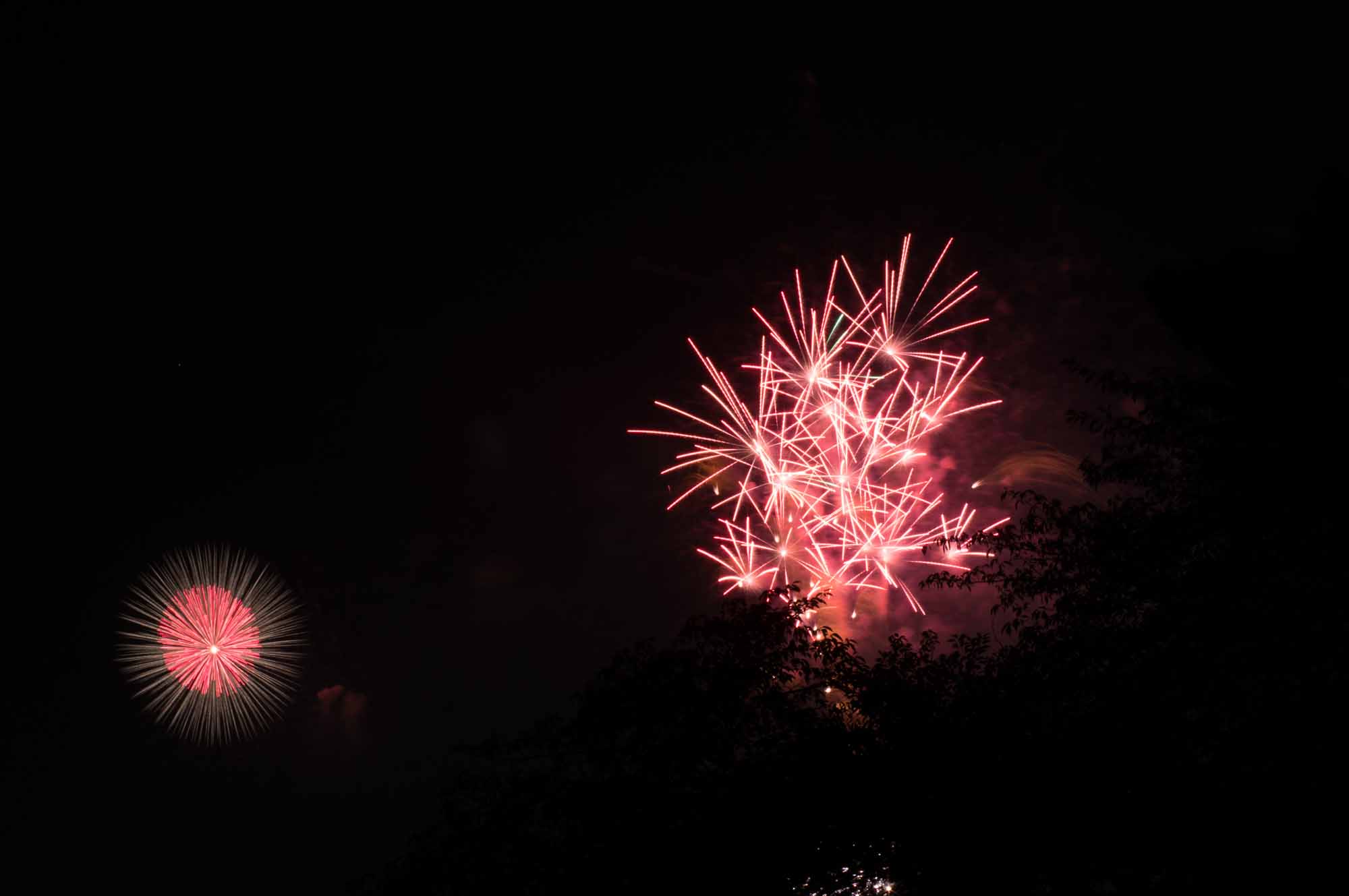 The Okazaki fireworks festival takes place on the first Saturday of August. The riverbanks surrounding Okazaki castle are popular spots for watching, so follow the unusually large crowds and head downtown. Although the weather is hot and muggy, a fireworks show with the same run-time as a movie is worth a watch.