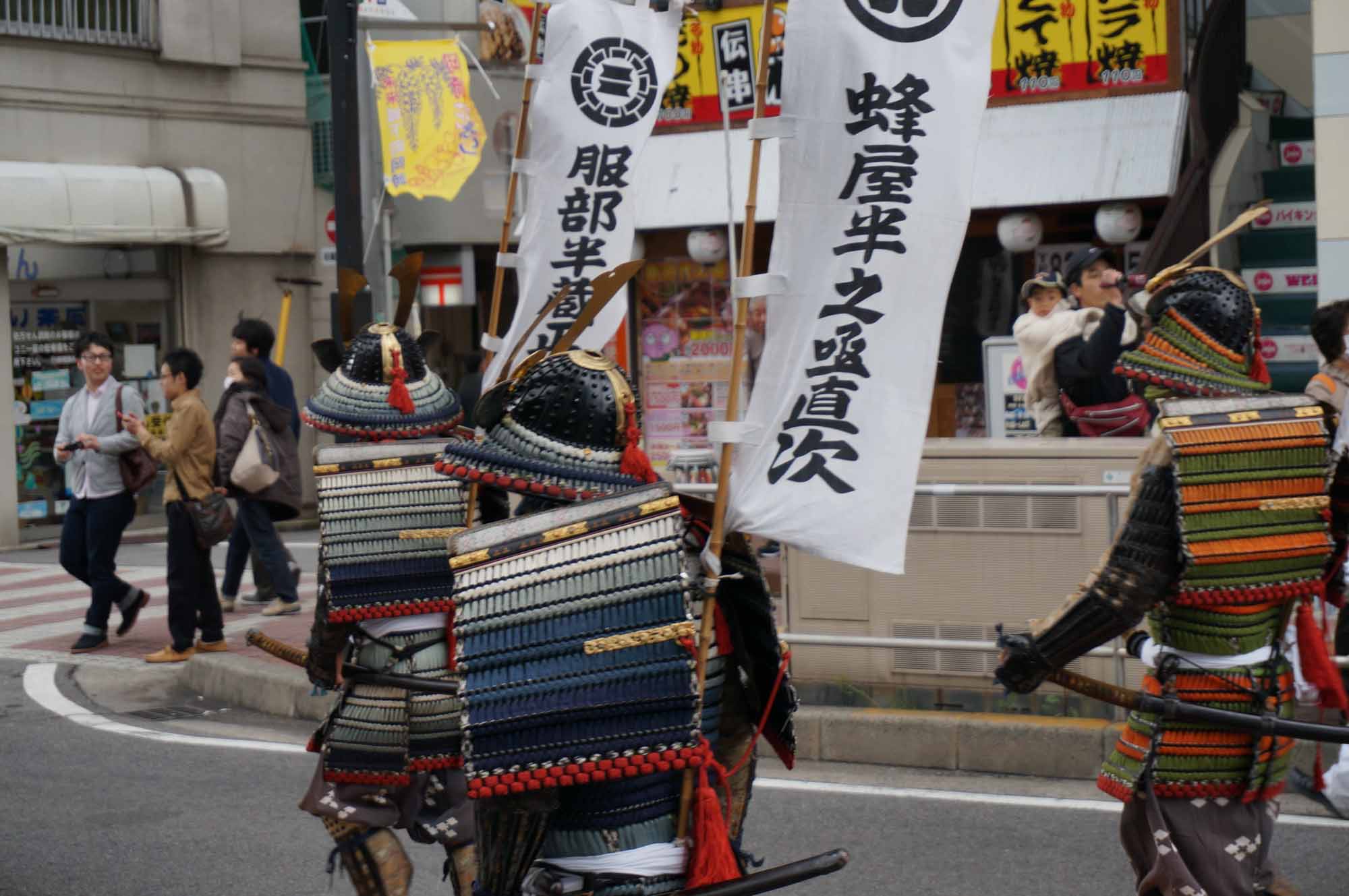 Every April, Okazaki residents hold a parade downtown in honor of Tokugawa Ieyasu, who in 1603 seized control of Japan. Ieyasu formed the Tokugawa Shogunate, which ruled over the country until the start of the Meiji Restoration in 1868. Volunteers dress up in various period costumes, most notably the samurai and foot soldiers. 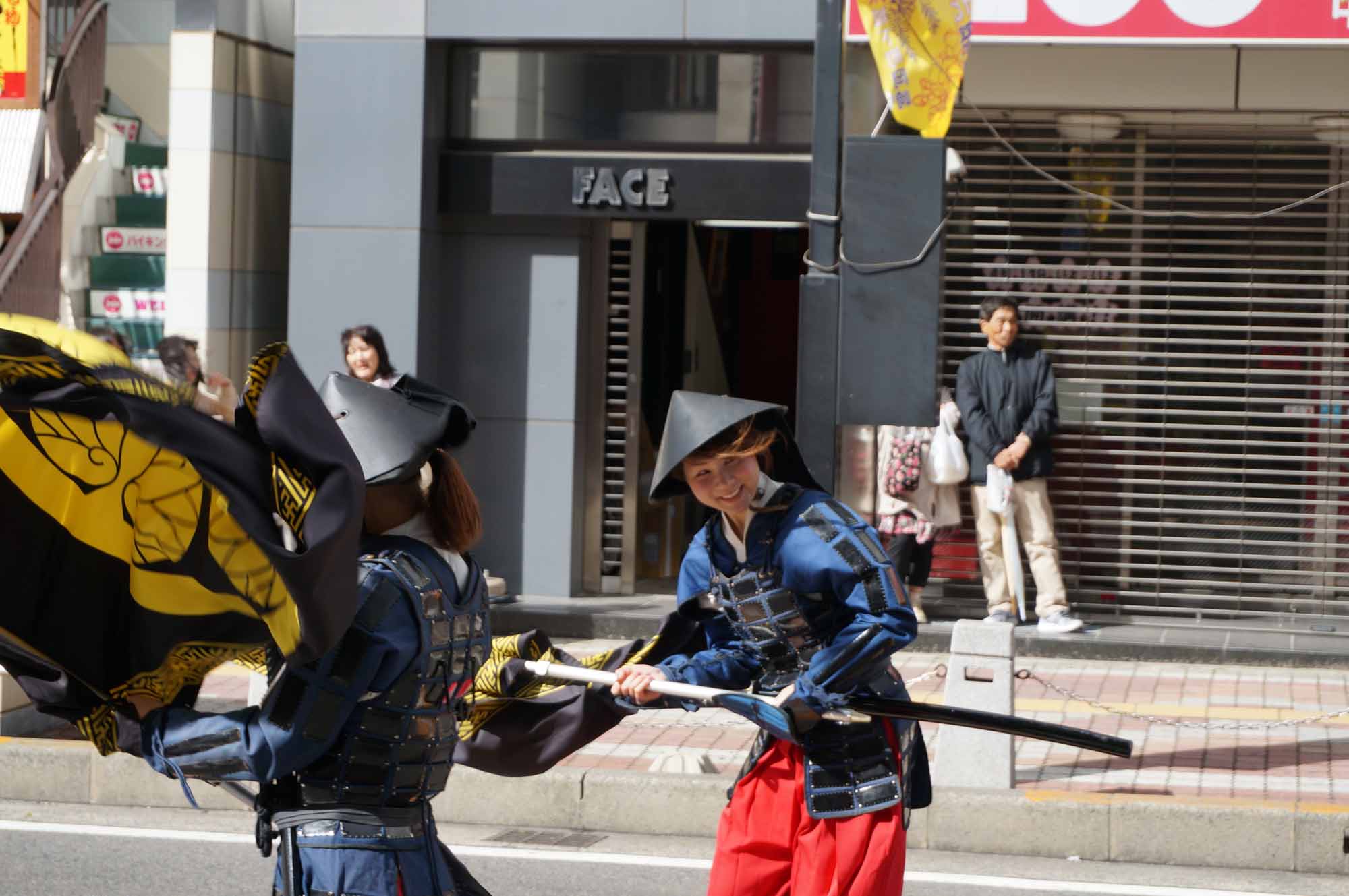 The banner men and women find their job challenging because the wind is quite strong today. 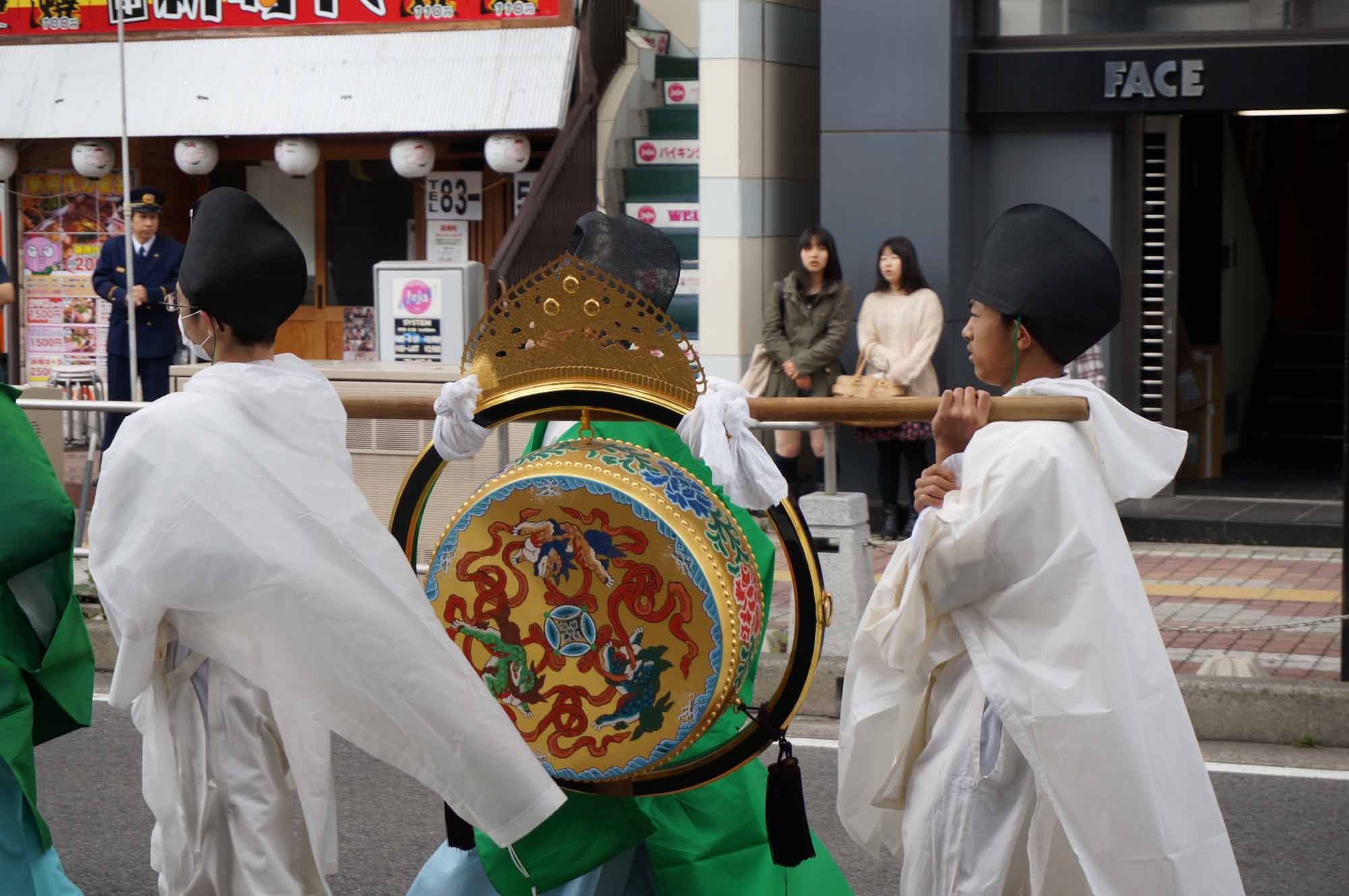 Boys carrying a ceremonial taiko drum unfazed by the wind. 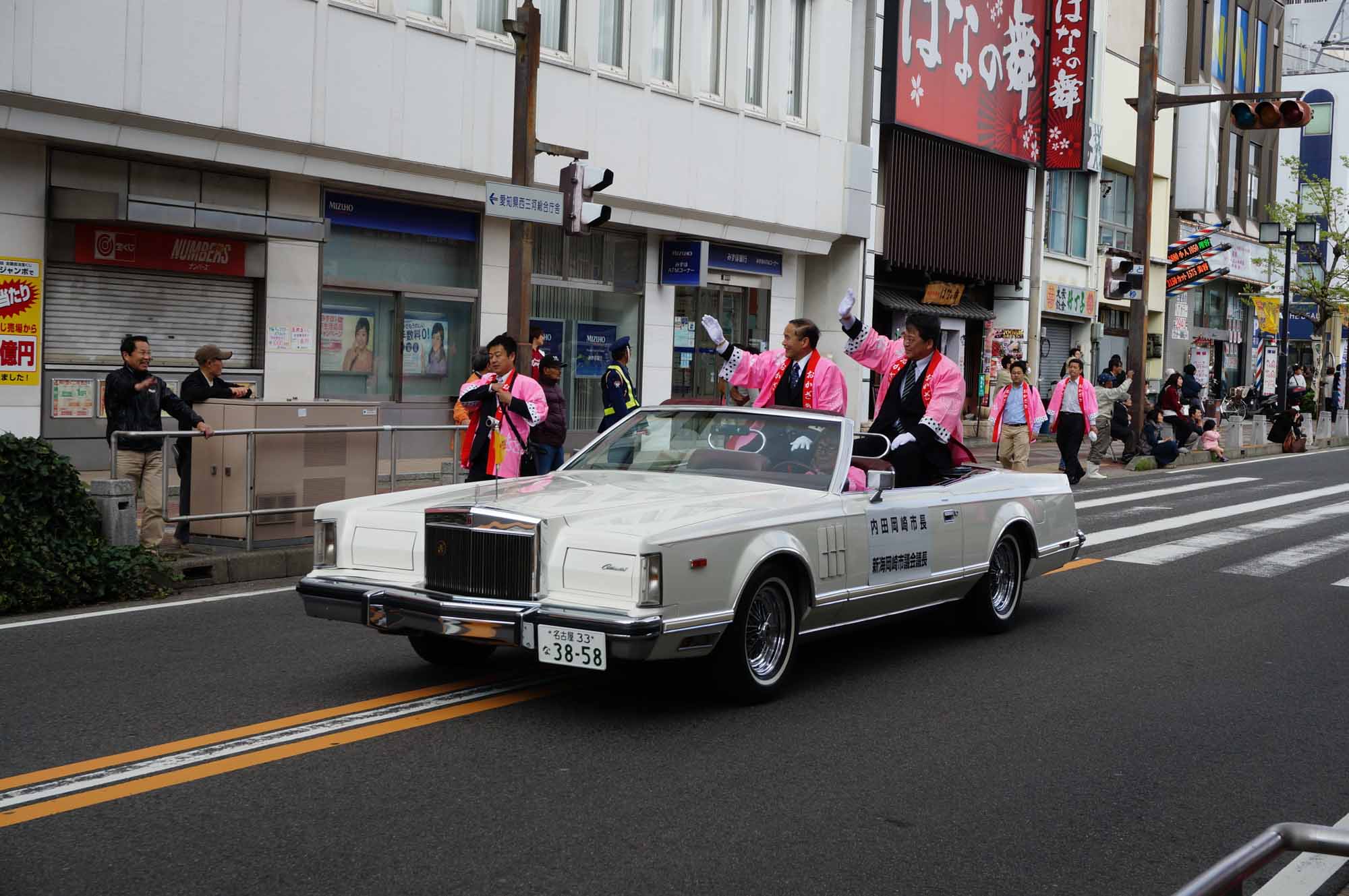 Ah yes, the infamous Tokugawa Lincoln Continental. Some say he rode into battle inside the drop-top pictured here. 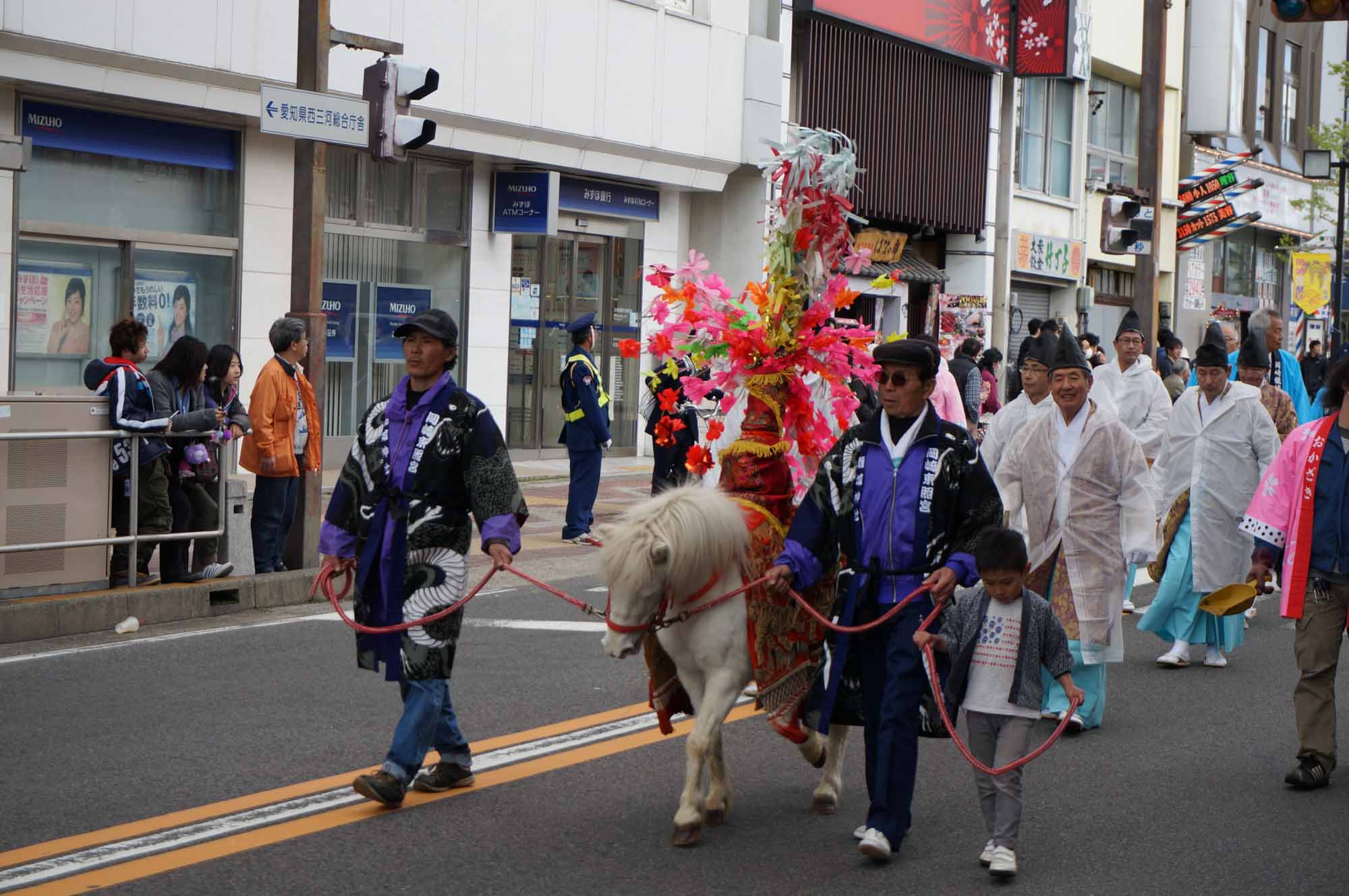 Although more period appropriate than a car, I am not sure what to make of the miniature horse carrying a strange object. 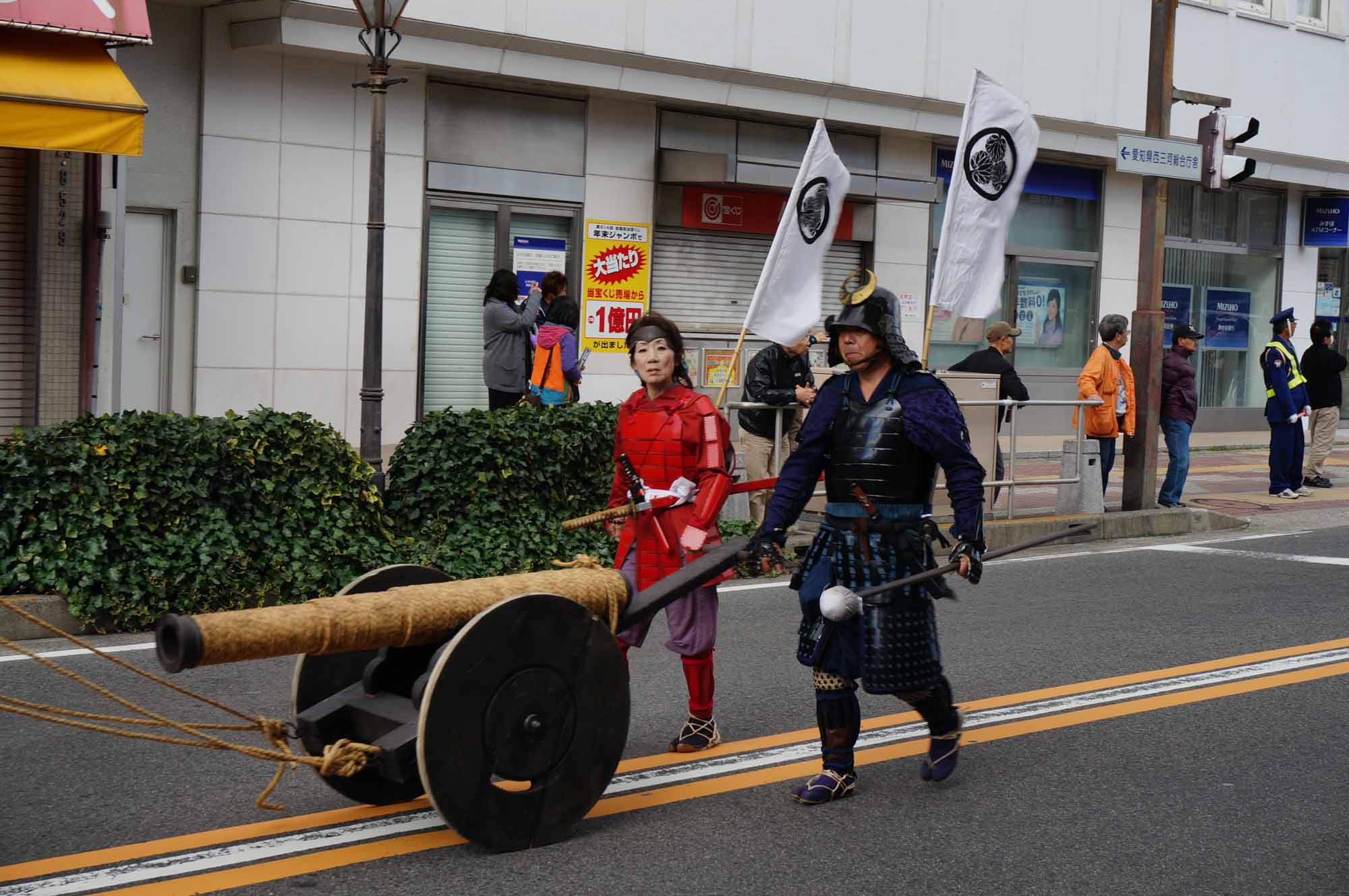 Warriors haul a canon through the streets which is cleverly disguised as a coil of rope. 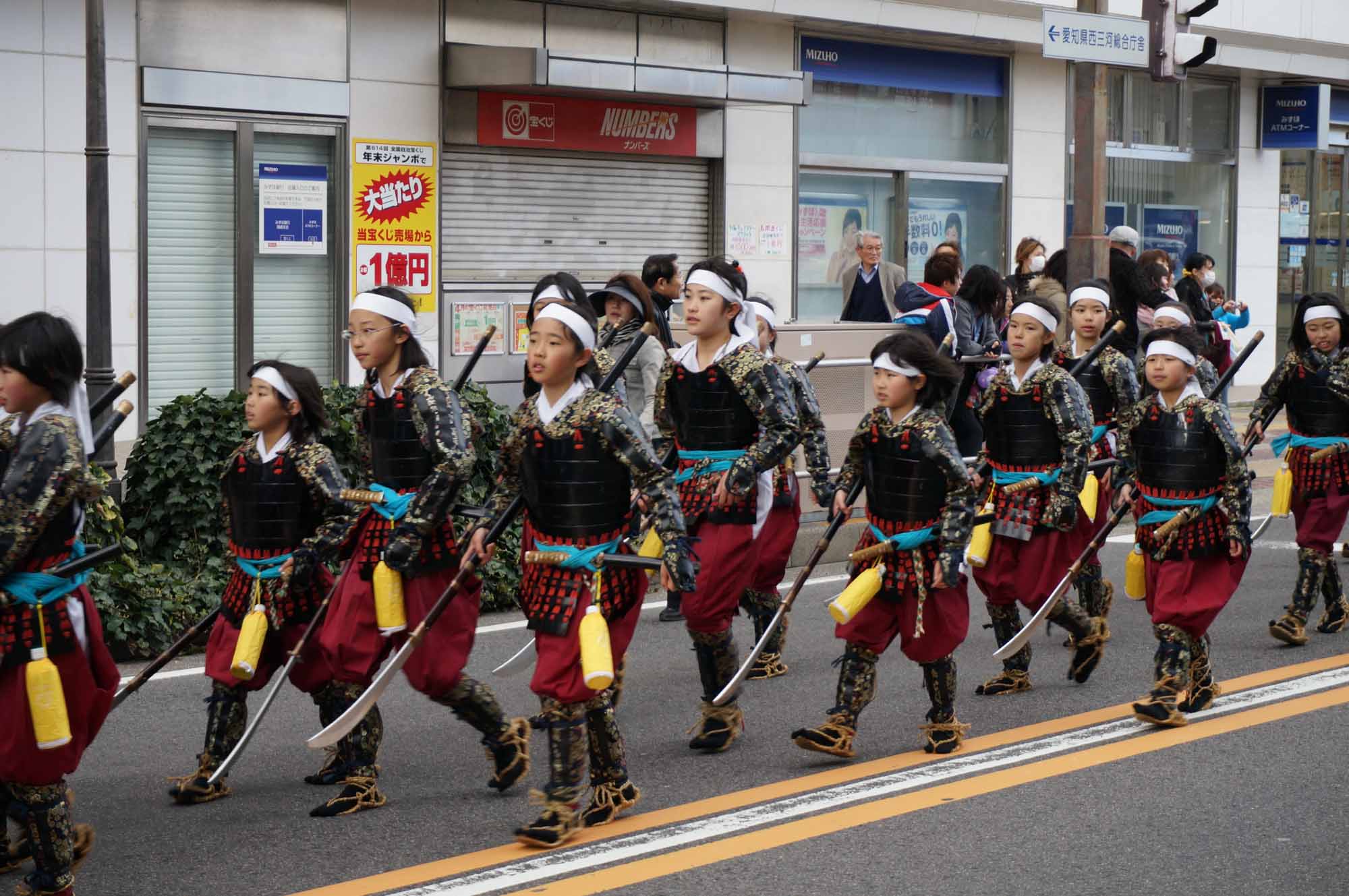 A band of kids dressed as soldiers rush through the streets with spears in hand and water bottles in tow. 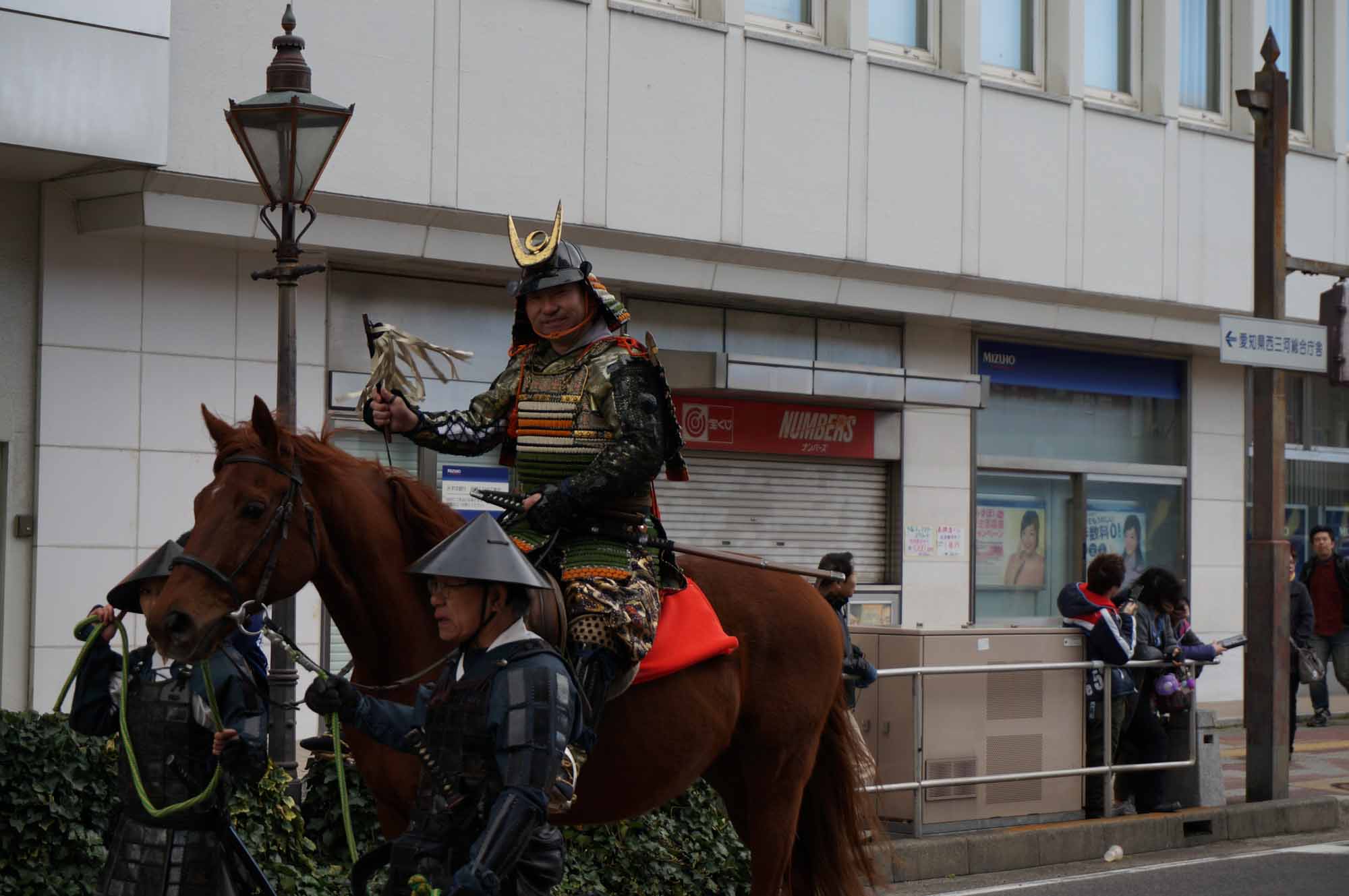 One of the daimyo, or general, rides atop a somewhat reluctant horse.

Enough of the parade though, now it’s time for food as we head down to the riverbank. As with most events in Japan, food stalls serve various grilled snacks and sweets. Even if the price is a little high, the food adds to the experience. 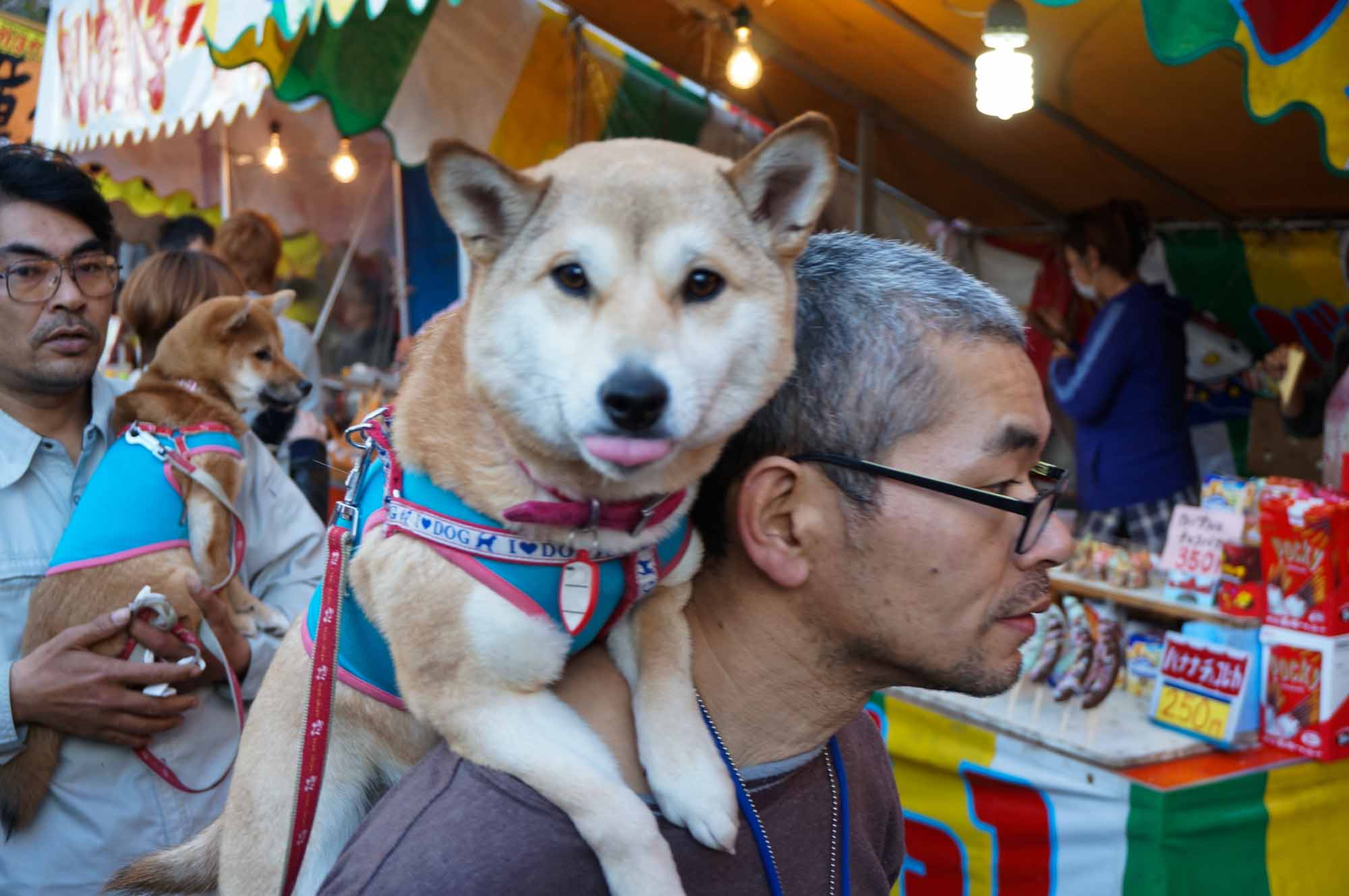 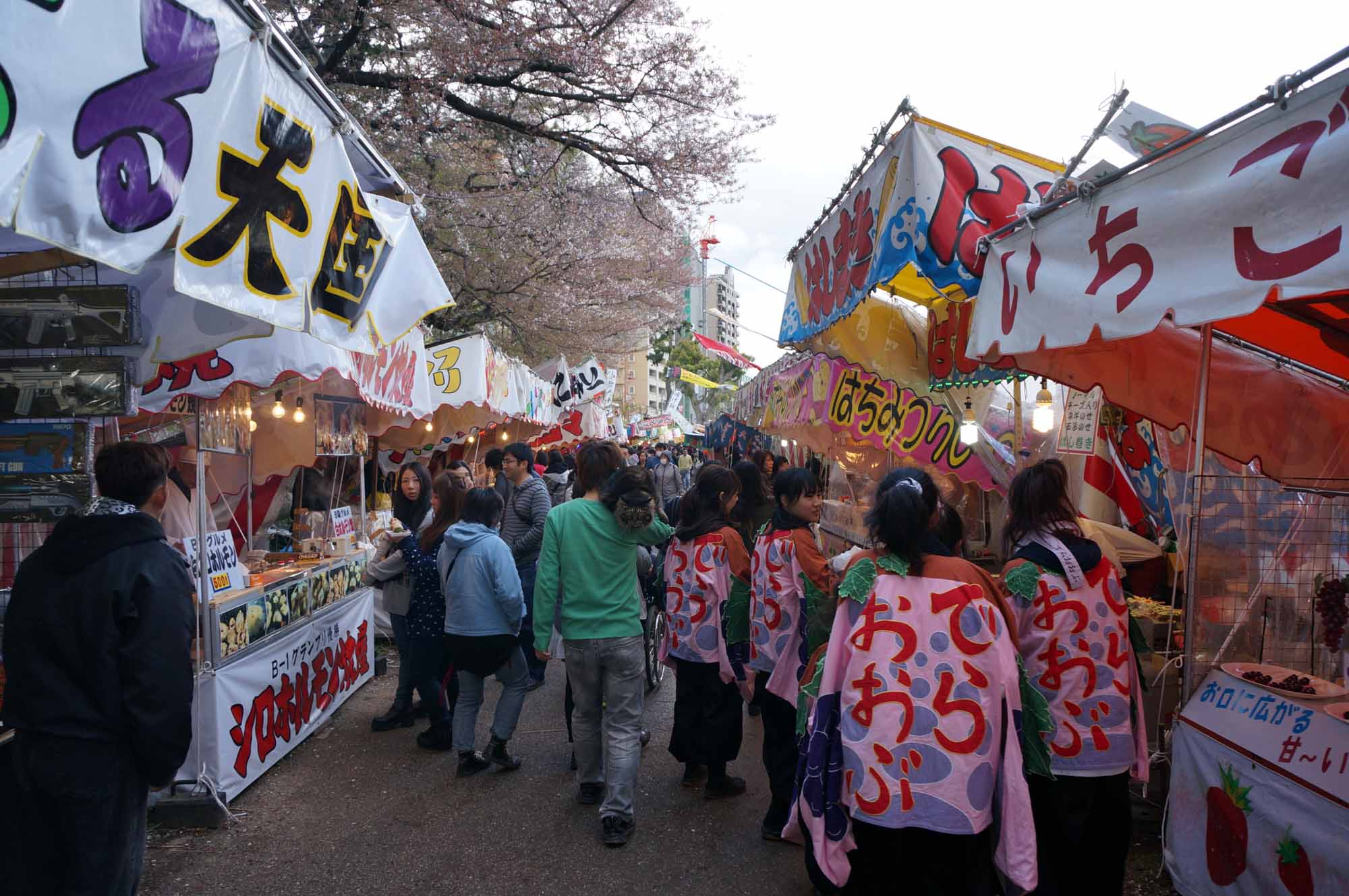 There seems to be a trend of carrying pets around during the festivities. 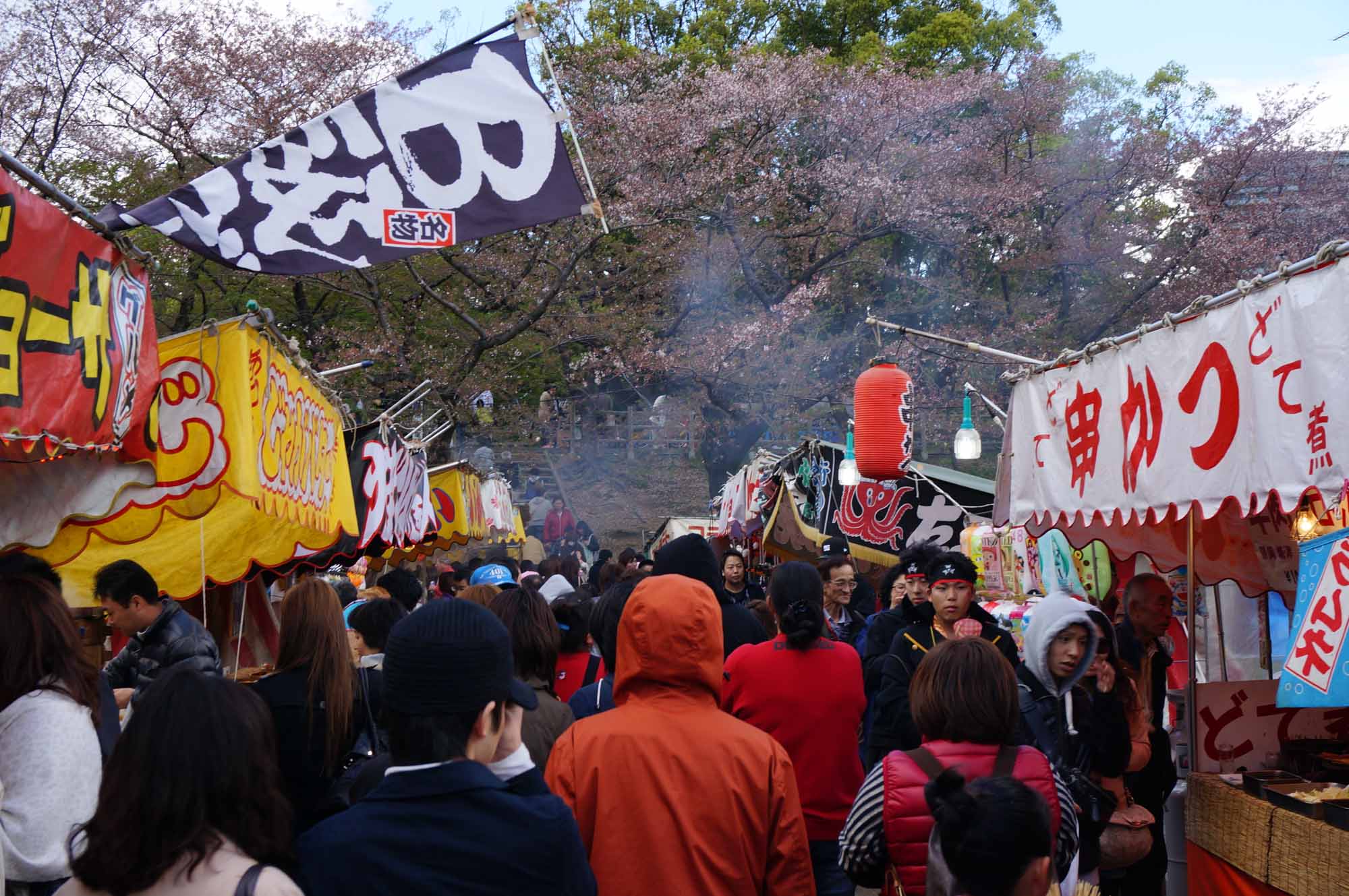 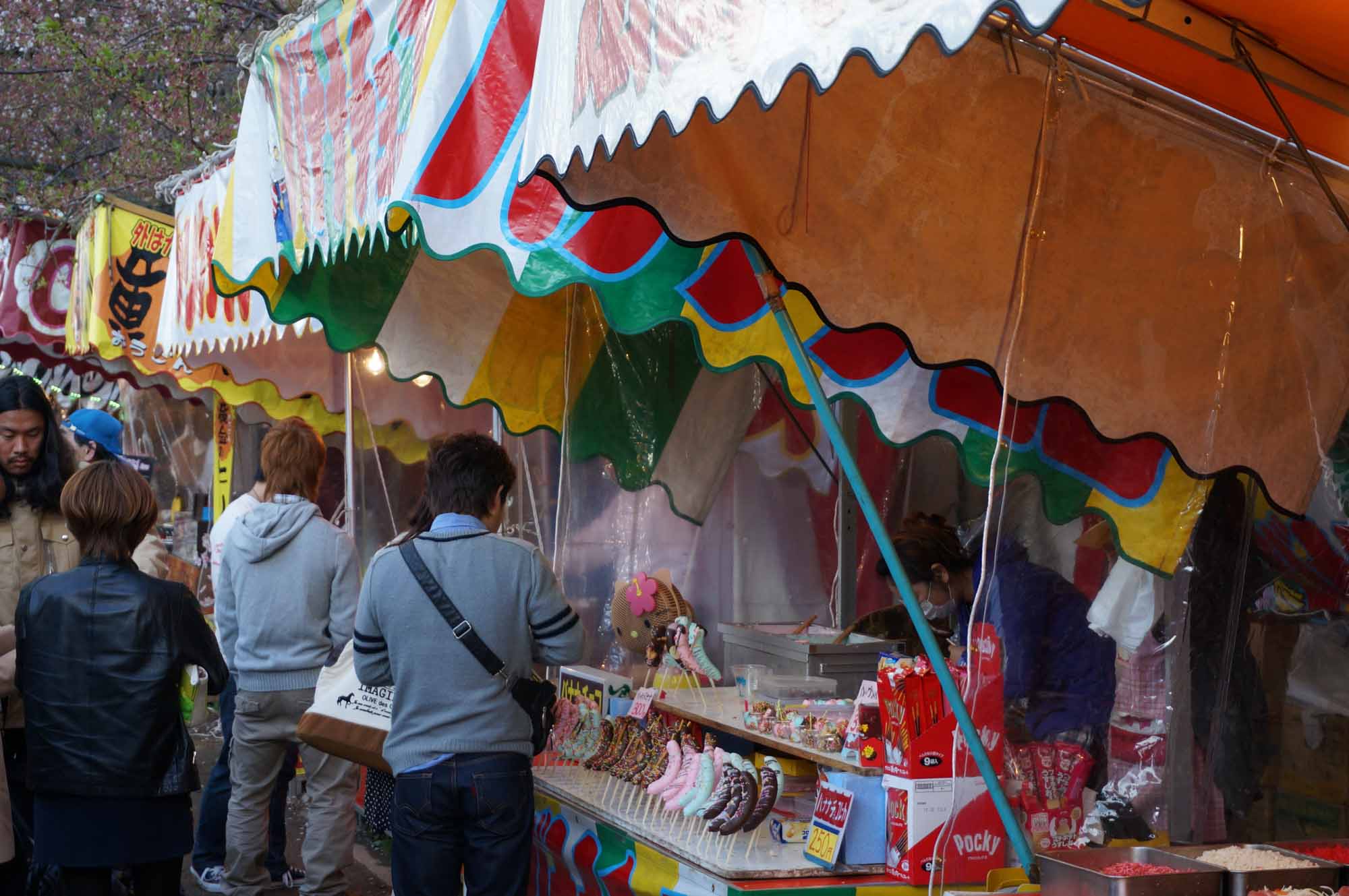 Part of the fun is strolling through all the vendors and deciding on what to eat. Always make sure to get a good look so you don’t miss something tasty. 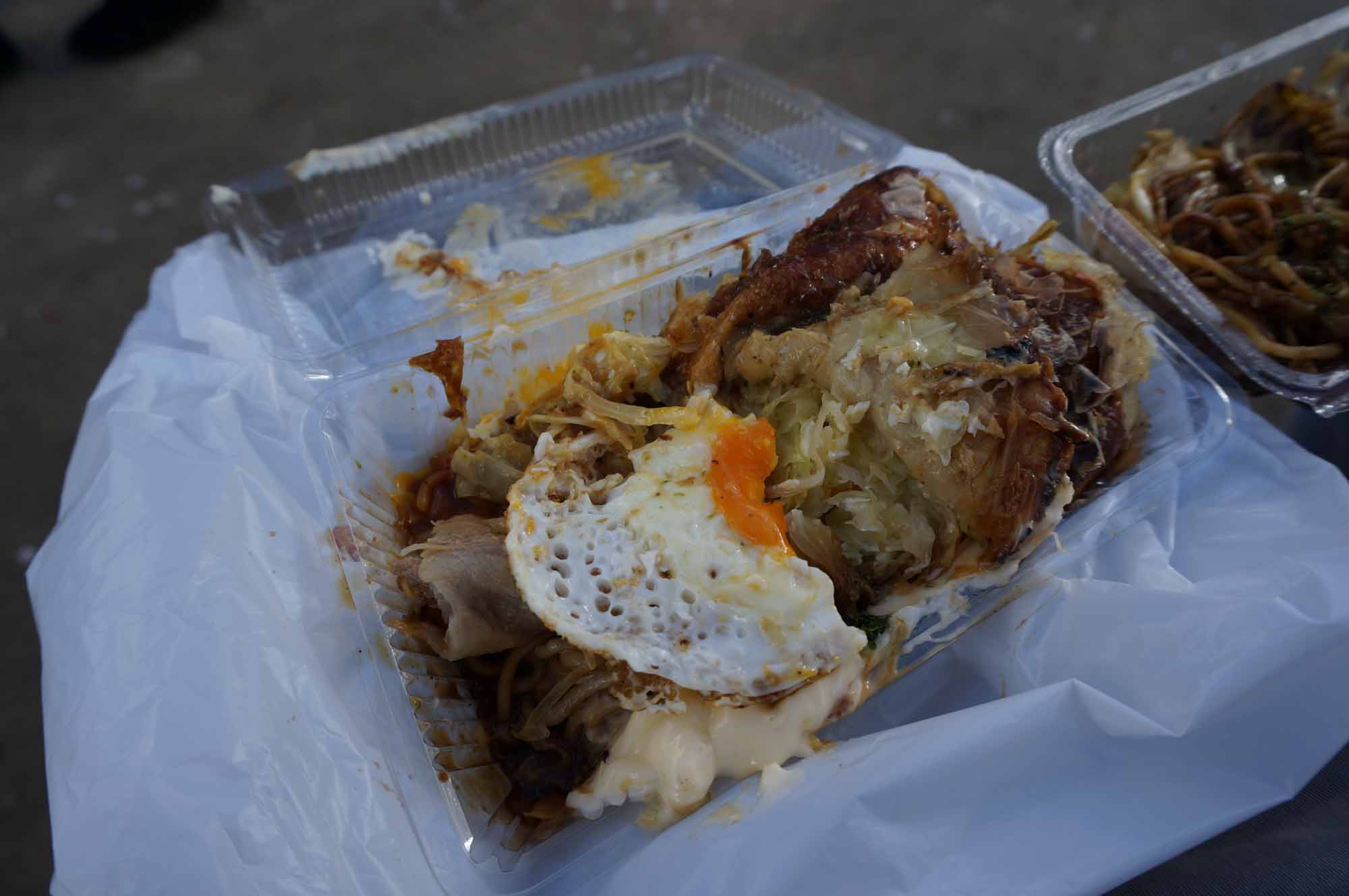 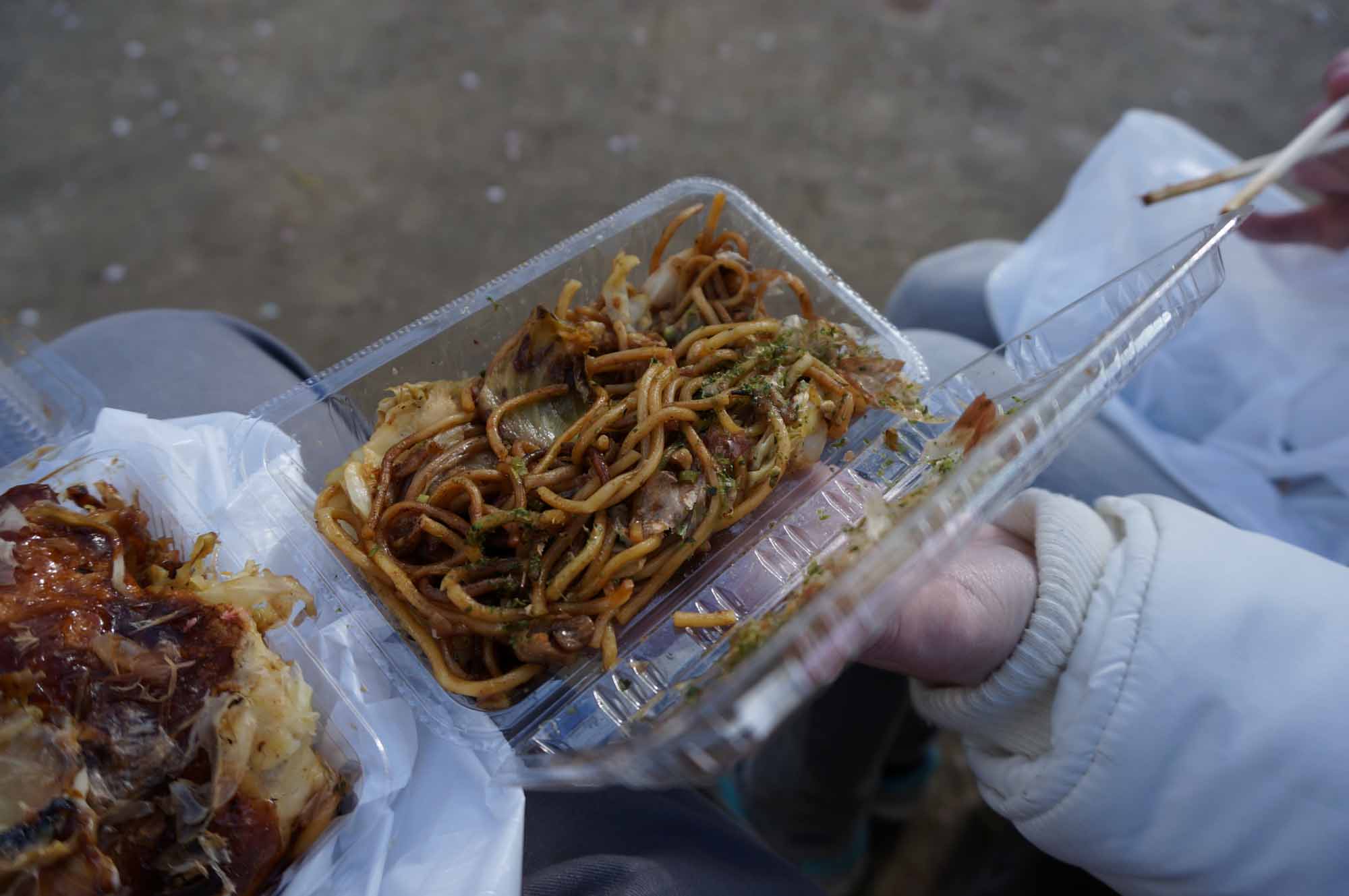 After much deliberation we feasted on delicious yakisoba and okonomiyaki under the cherry blossoms.

If you find yourself in Okazaki on the first Sunday of April, I recommend you check out the Ieyasu parade. With a riverbank full of food and lots of people parading around in period armor, it’s a fun event.