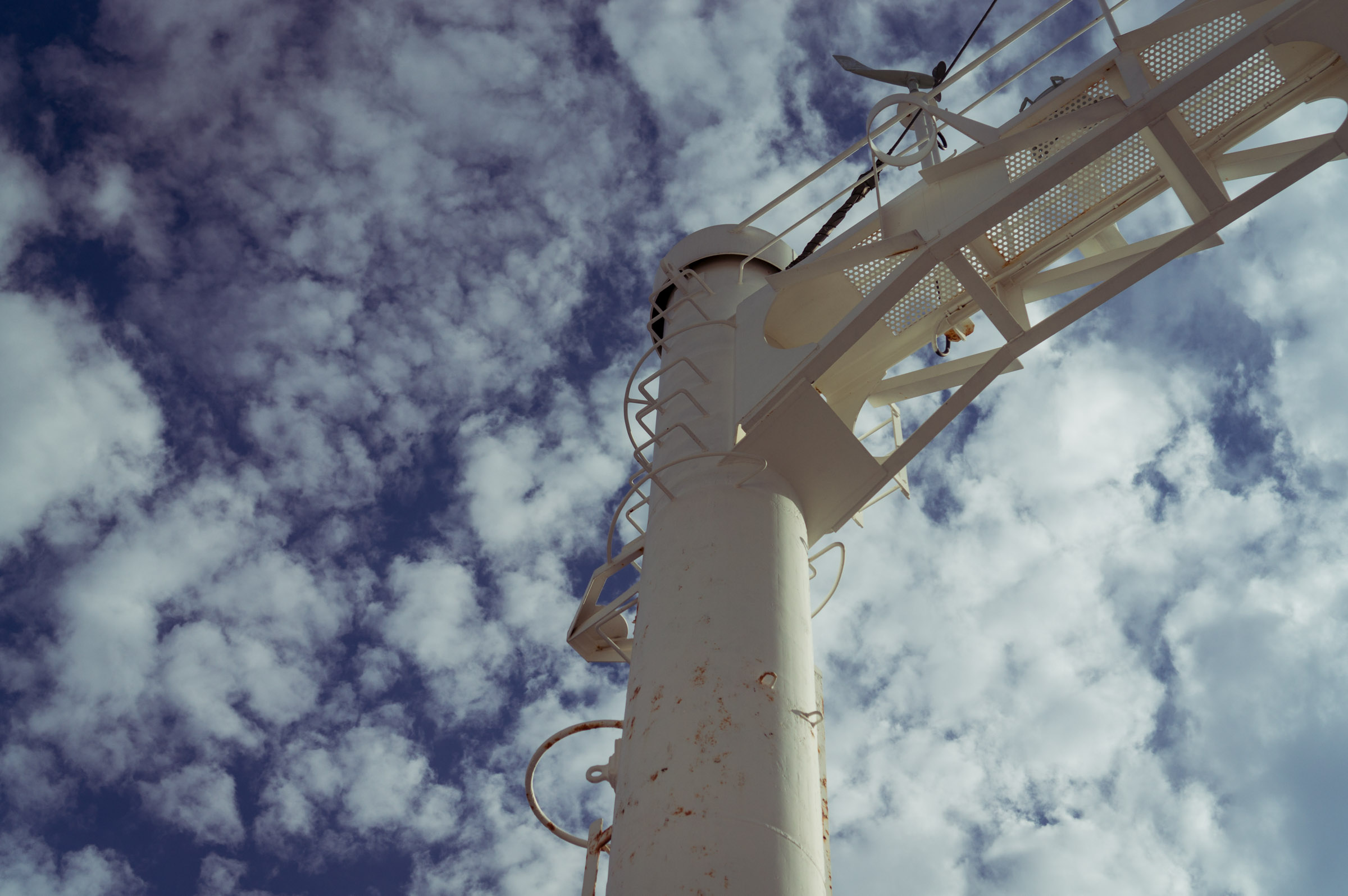 As an island nation, Japanese culture is naturally connected to the sea. The maritime museum in Odaiba celebrates ocean exploration and Japan’s seafaring history. Unfortunately the facilities are undergoing renovations, so the main building isn’t open. But as compensation, the museum allows visitors to tour the icebreaker ship parked in the harbor for free! 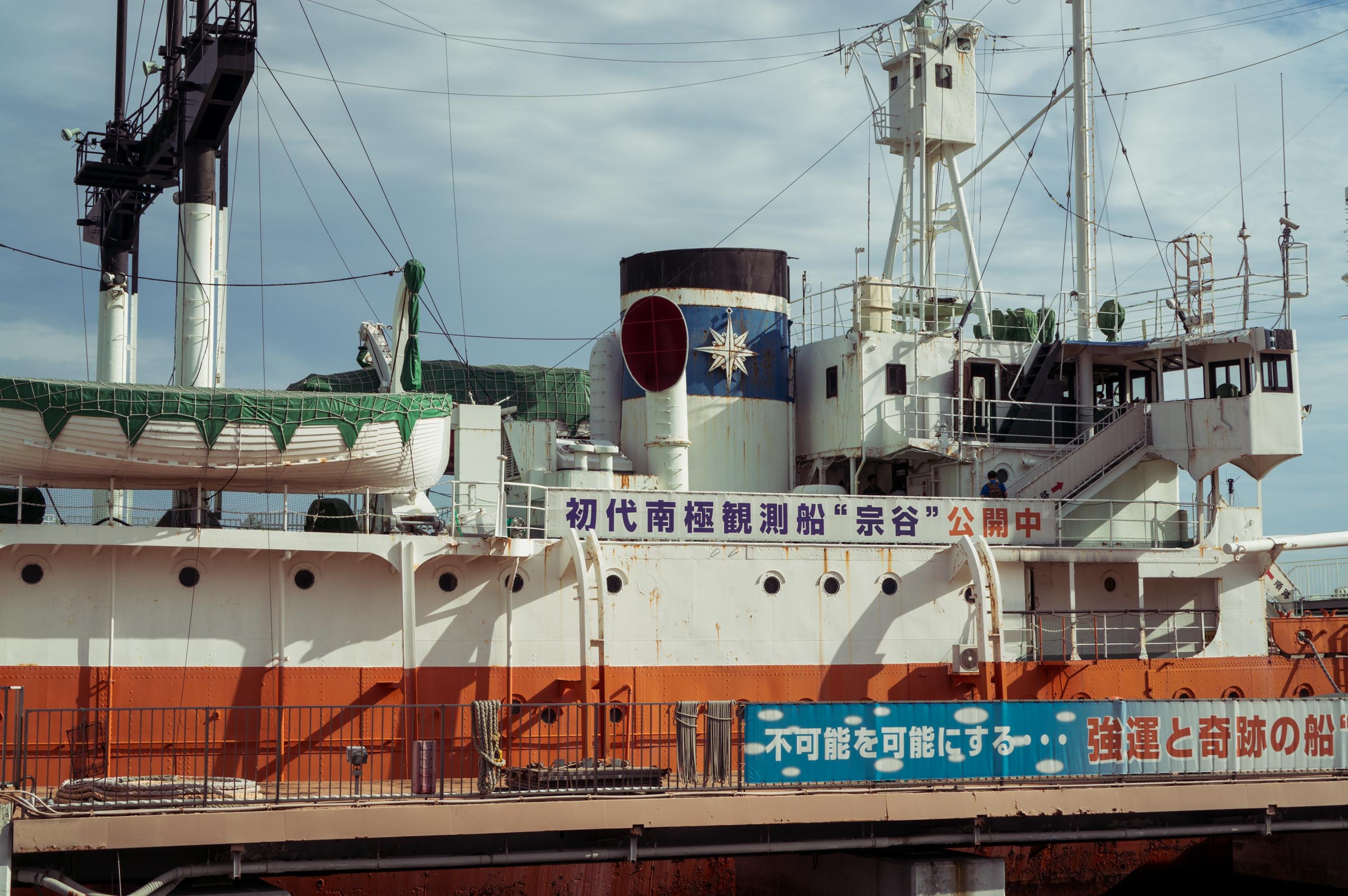 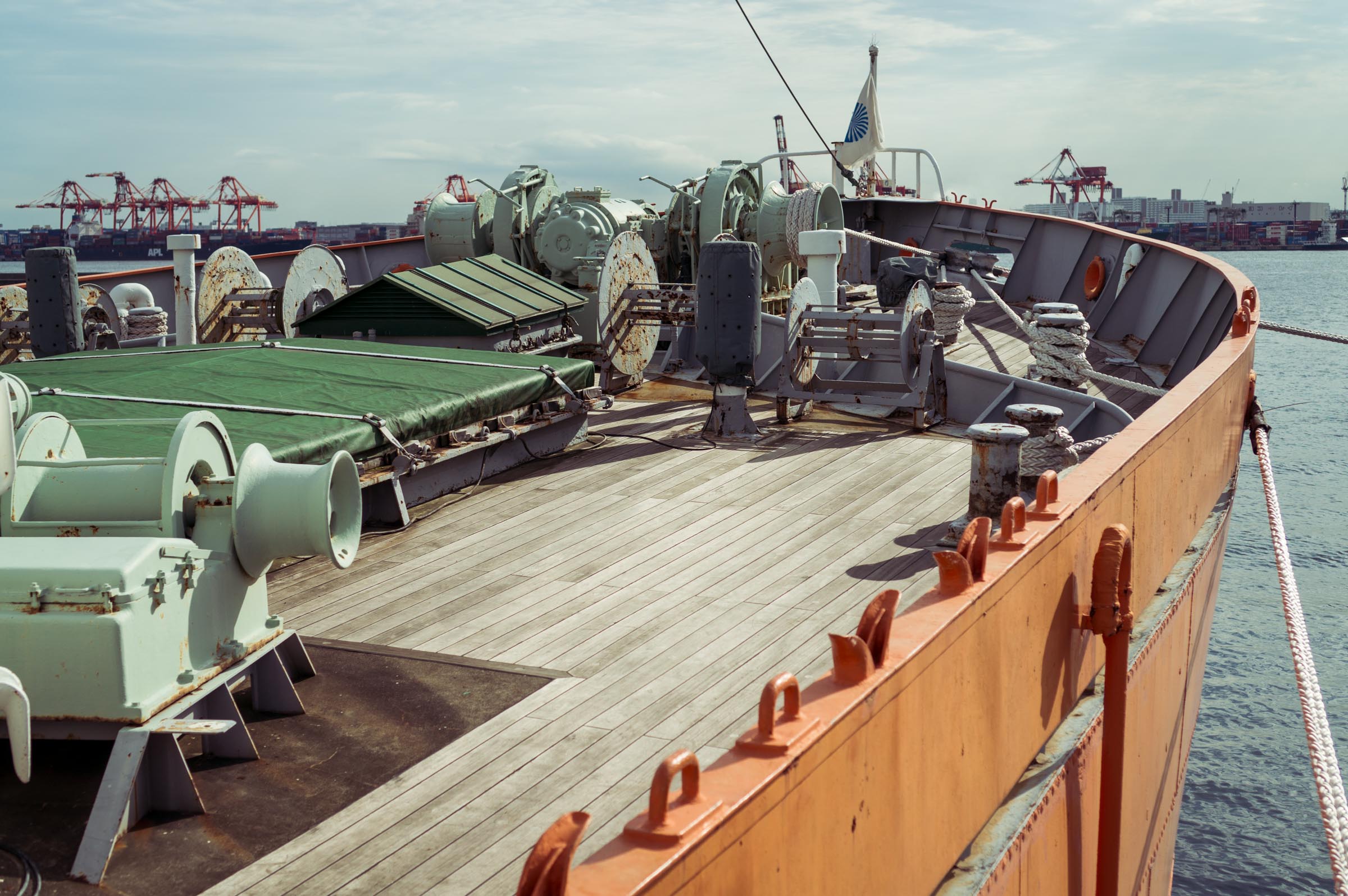 Boarding the icebreaker ship from a gangway. 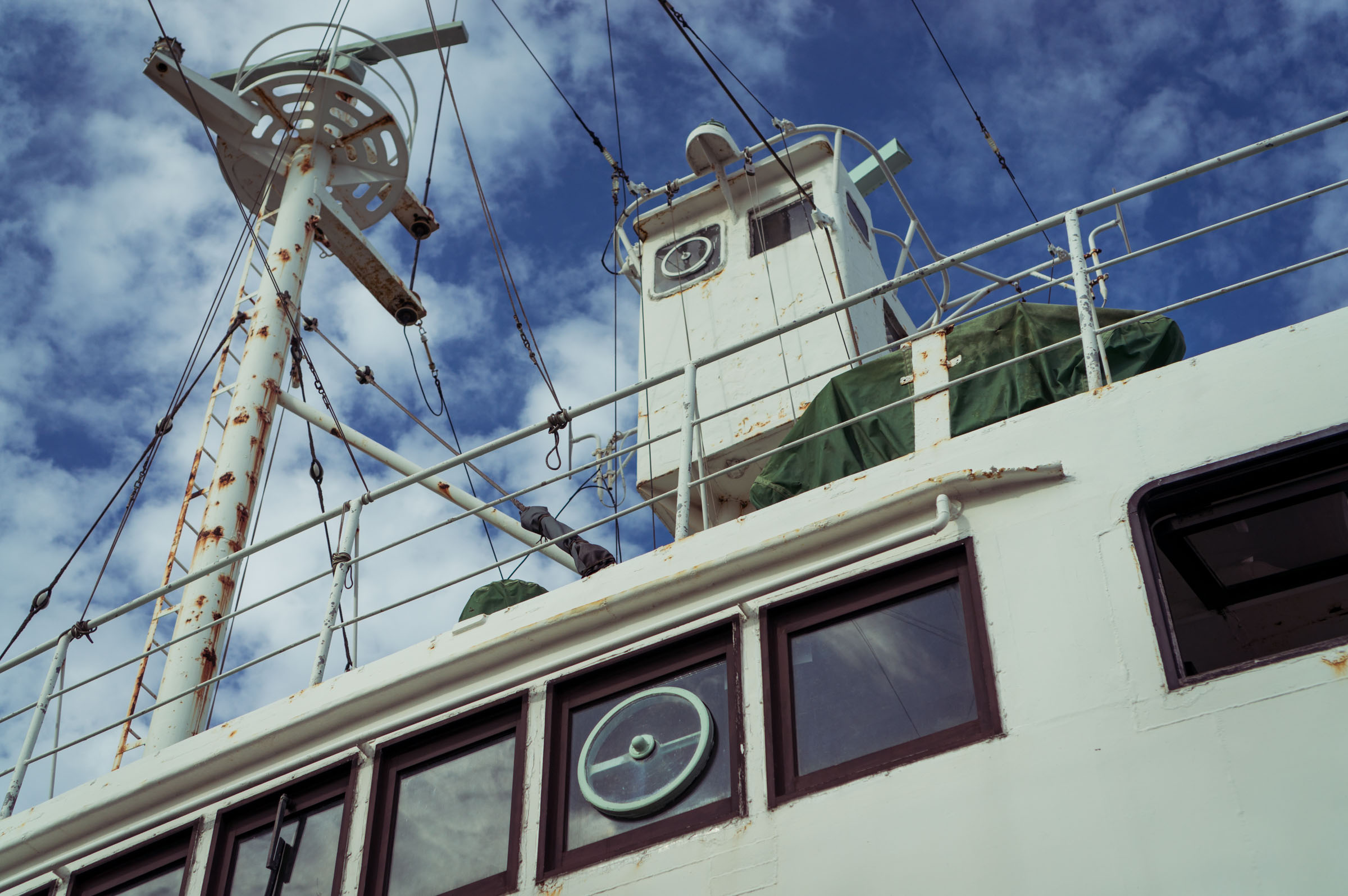 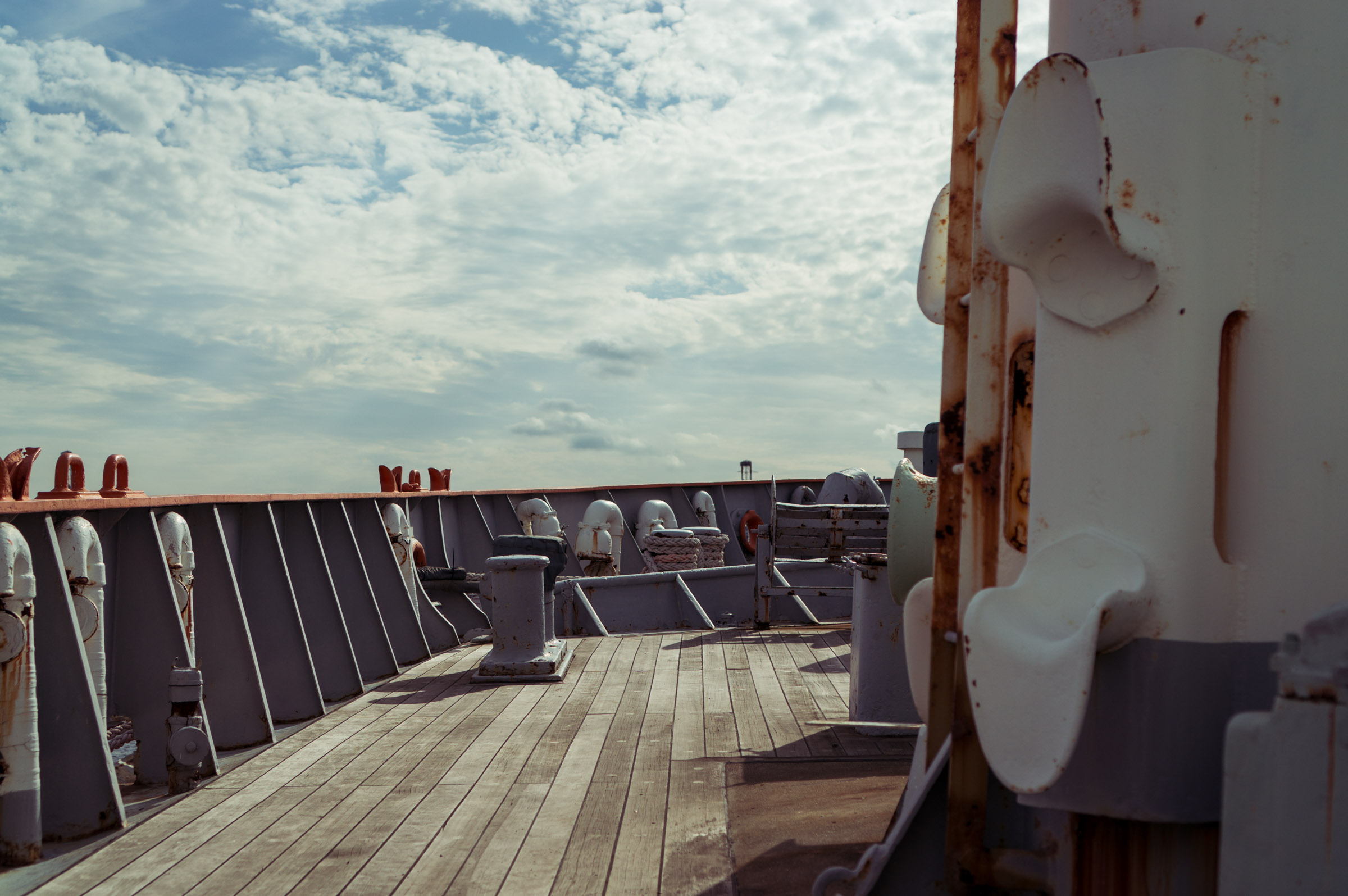 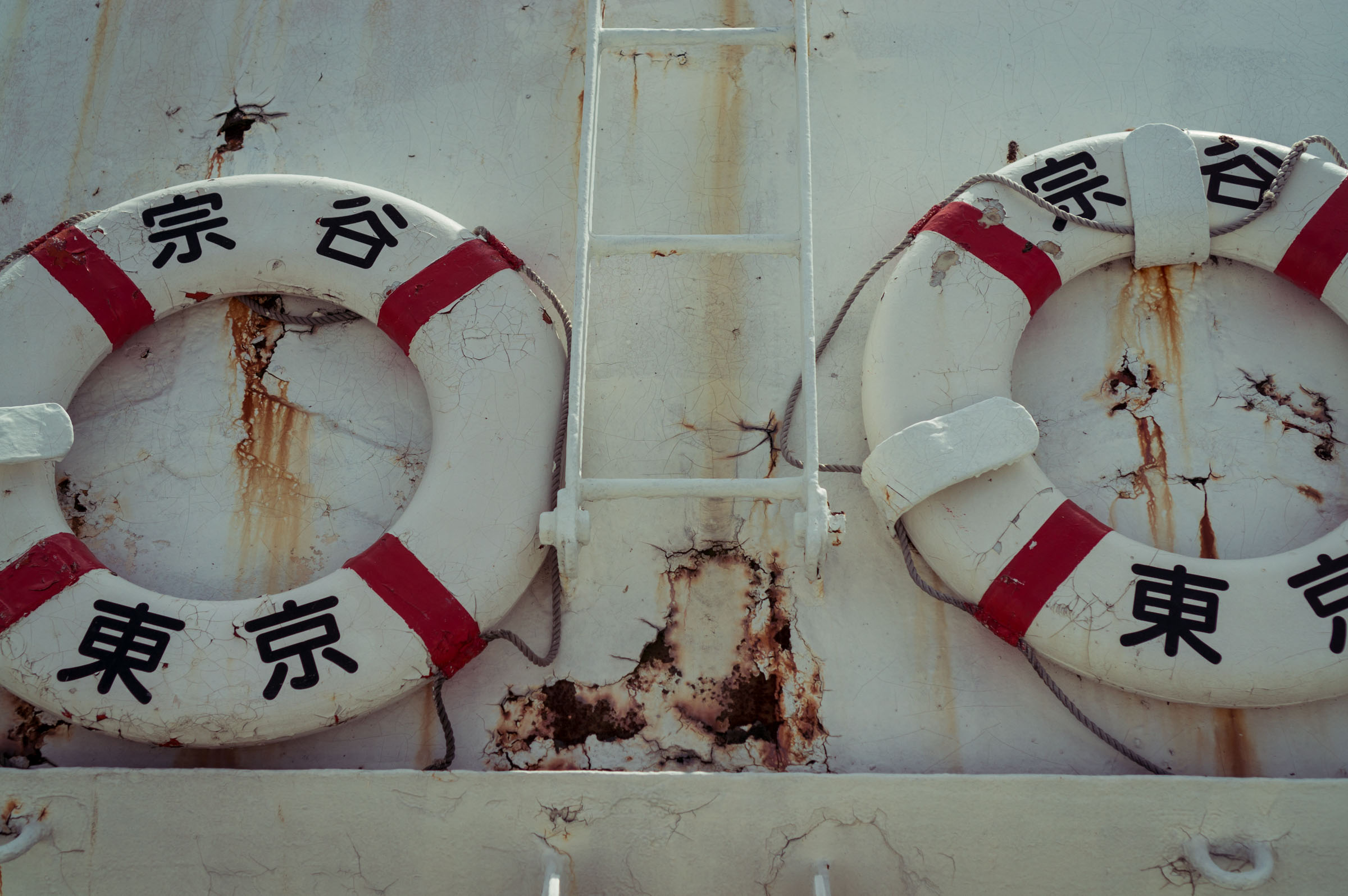 Signs of wear and tear hint at the tough job the ship used to have. Luckily the lifesavers still look functional. Most likely. 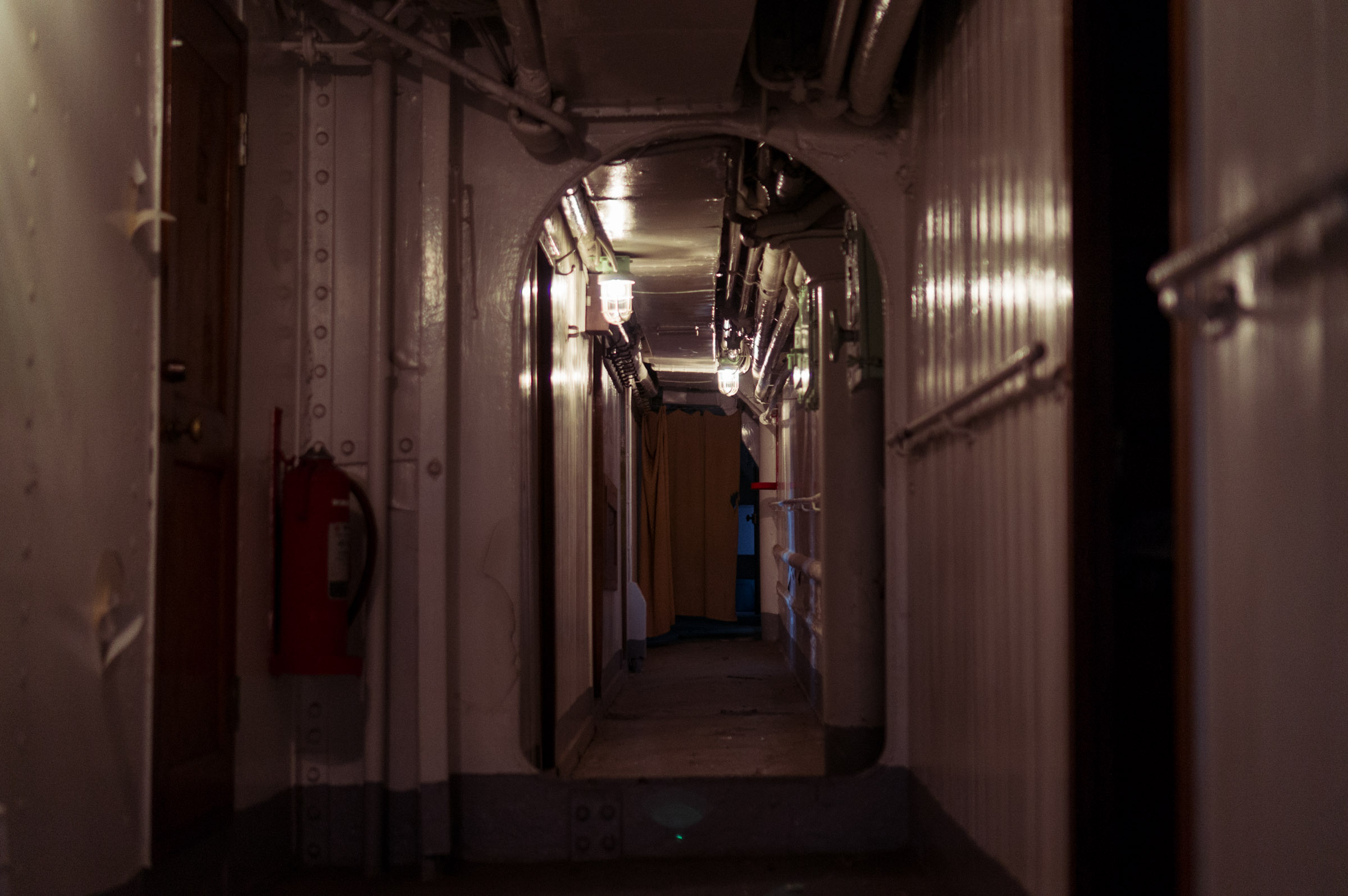 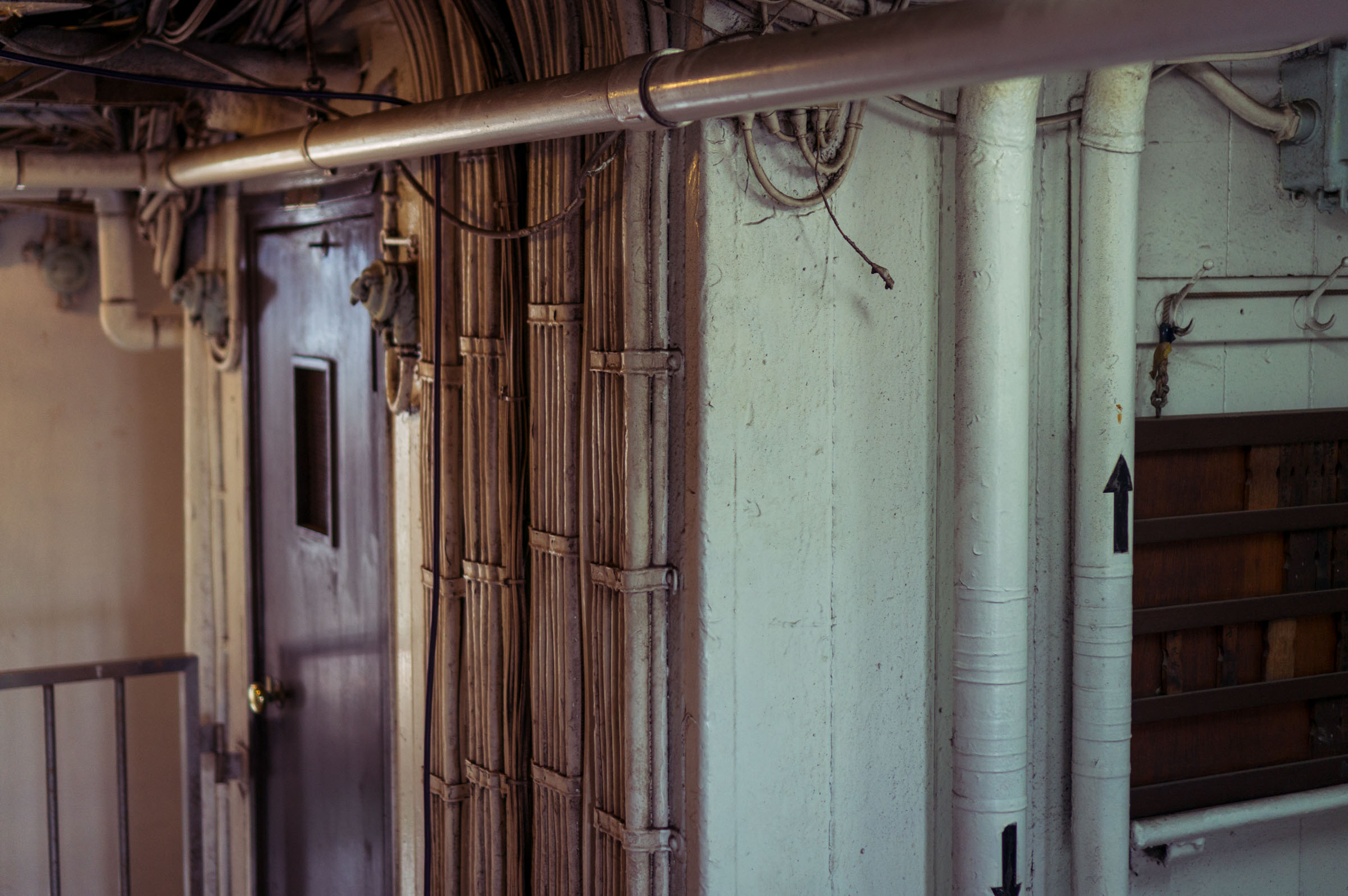 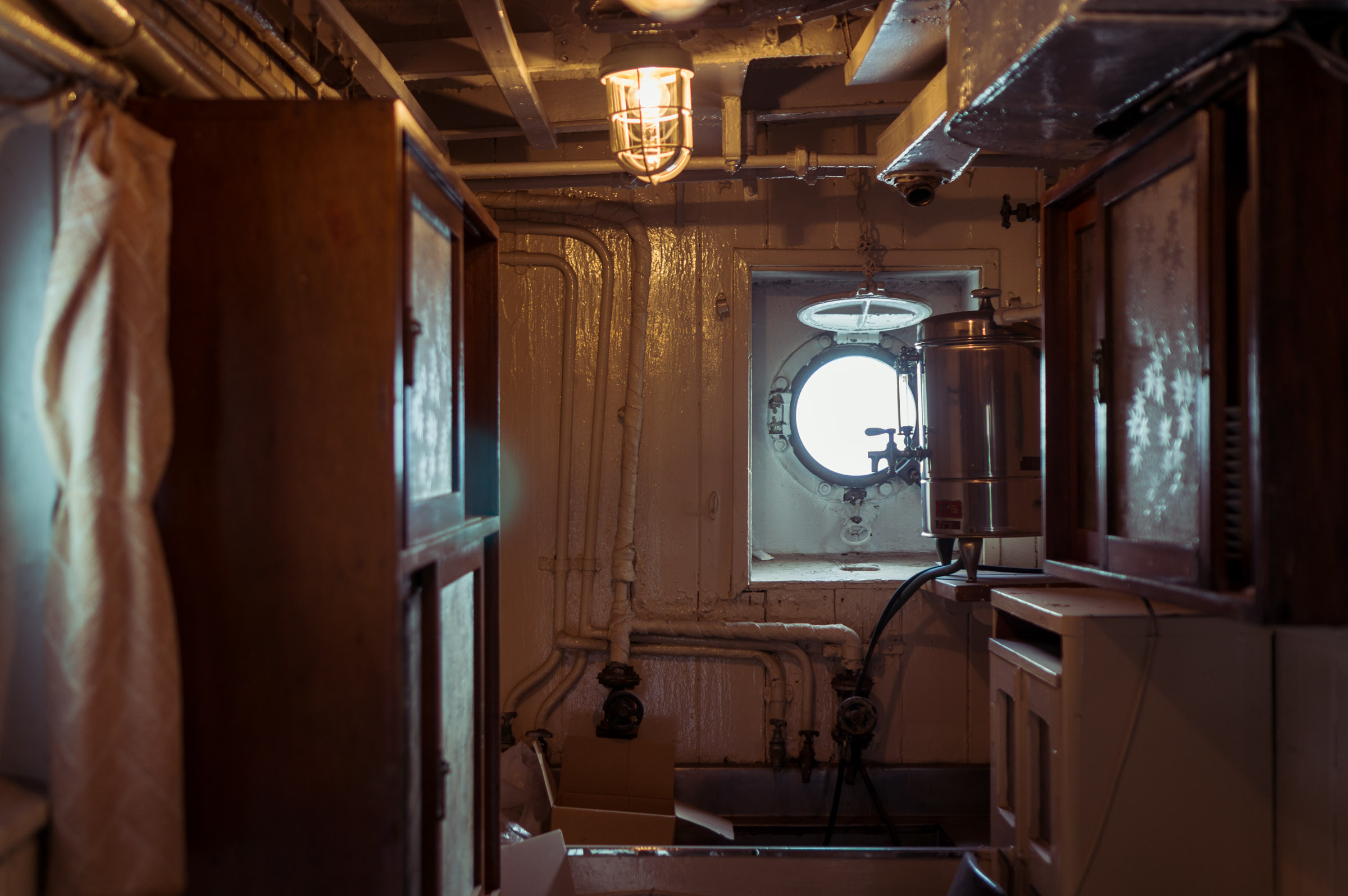 A maze of small, cramped rooms make up the inside of the ship. 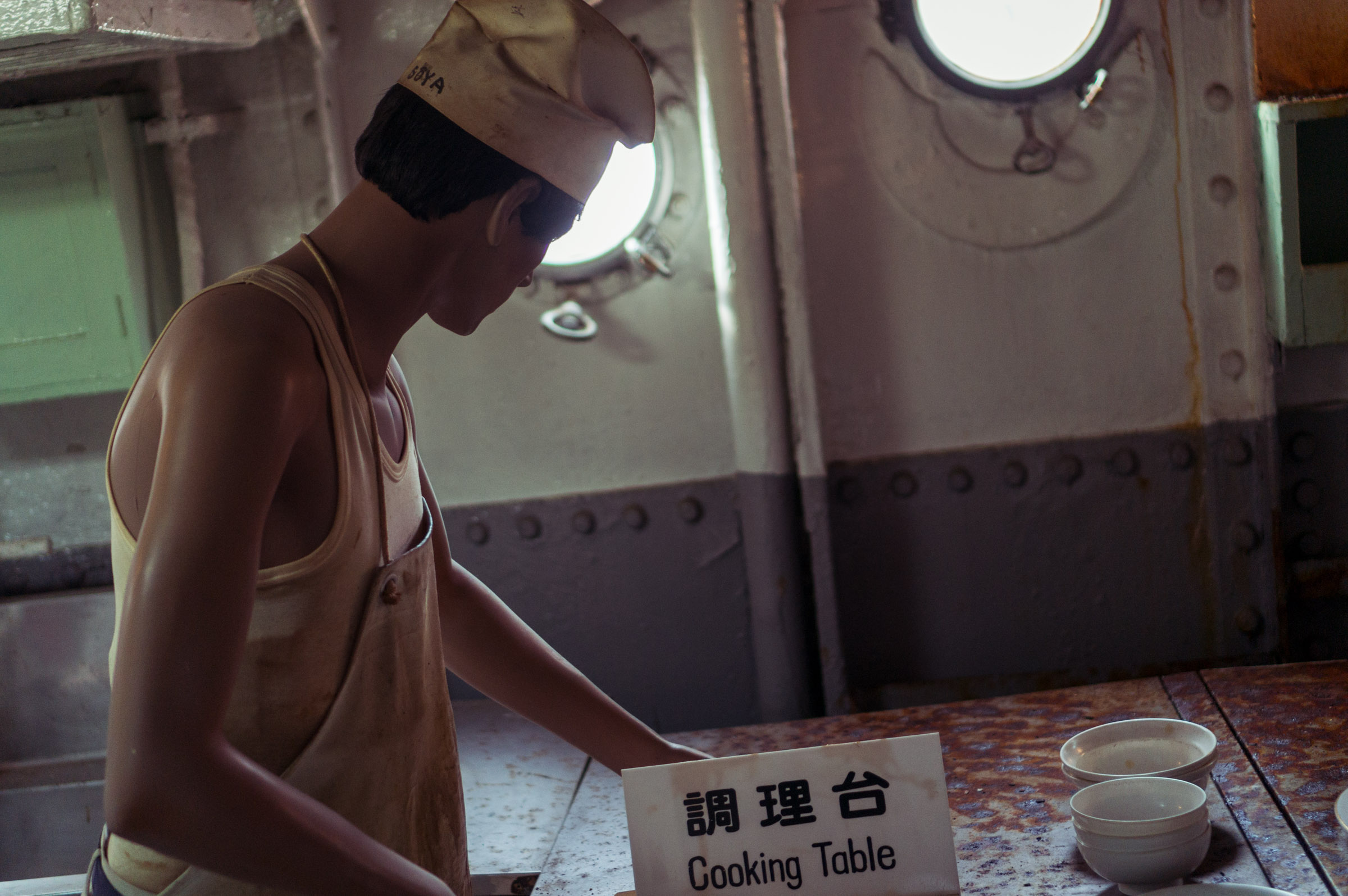 The cook stands motionless at the cooking table. How long is lunch going to take? 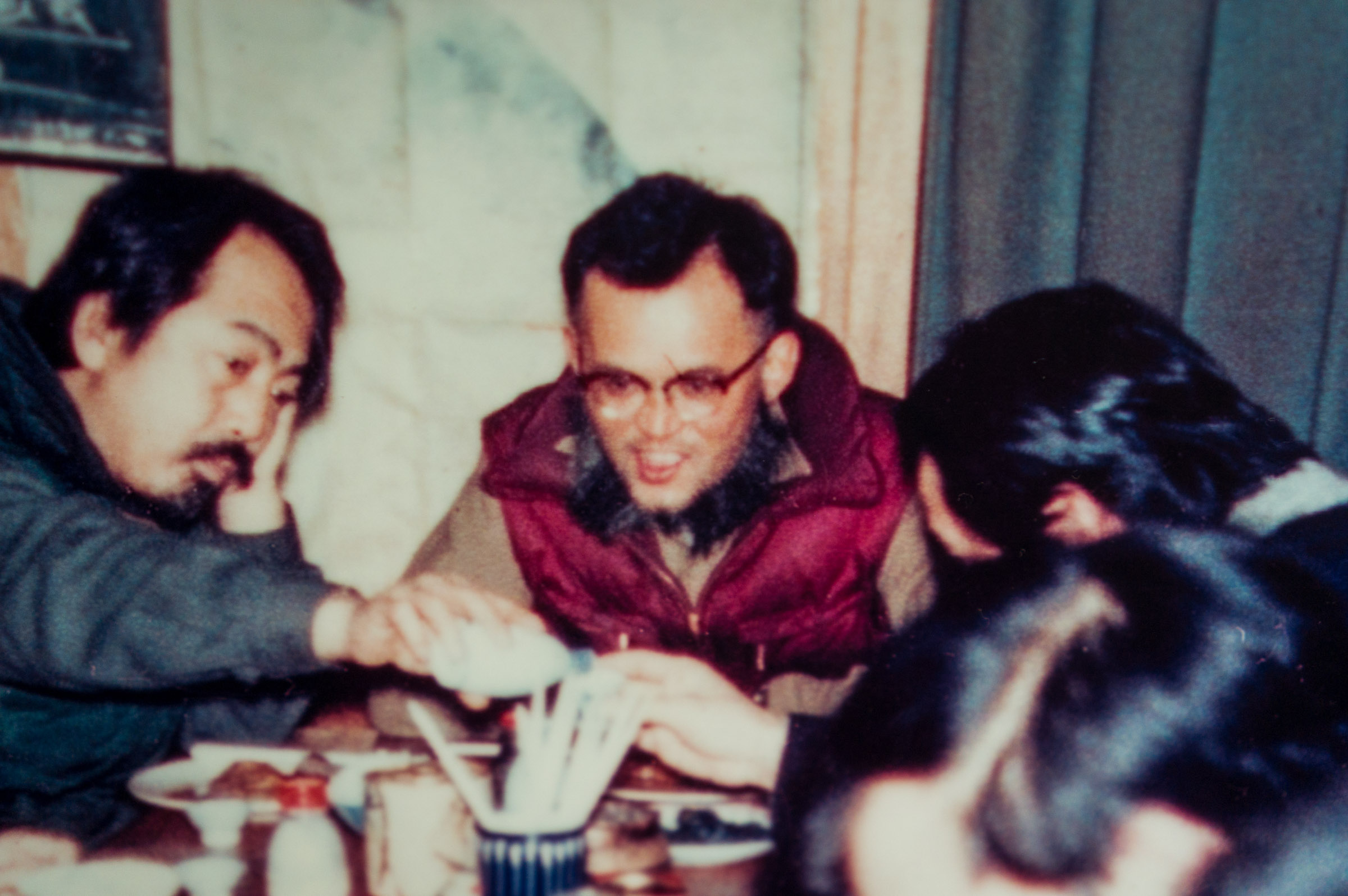 A photograph shows some of the old crew members eating a meal. One man’s beard is particularly superb. 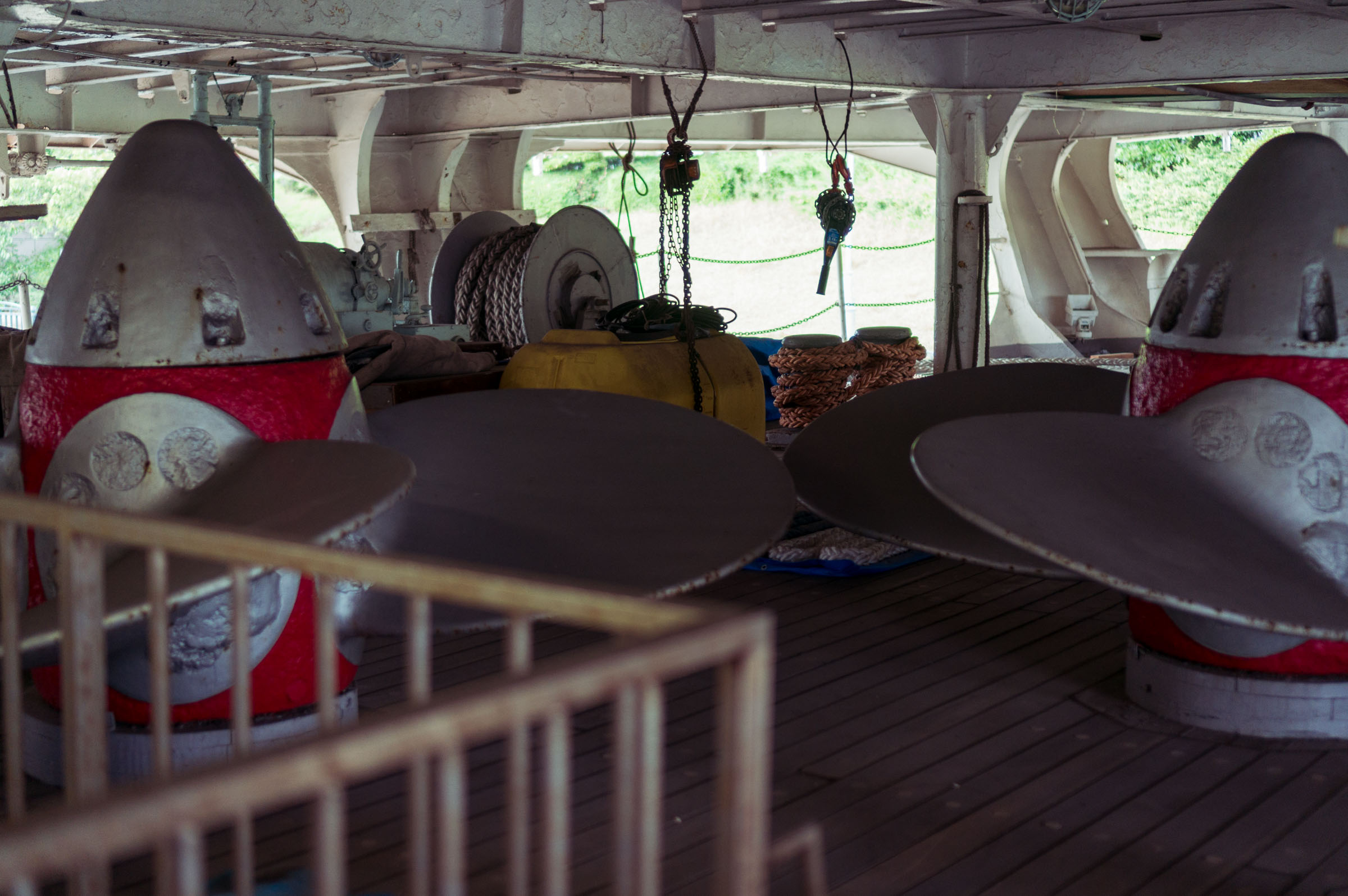 Spare propellers and other equipment take up most of the space on the rear deck. 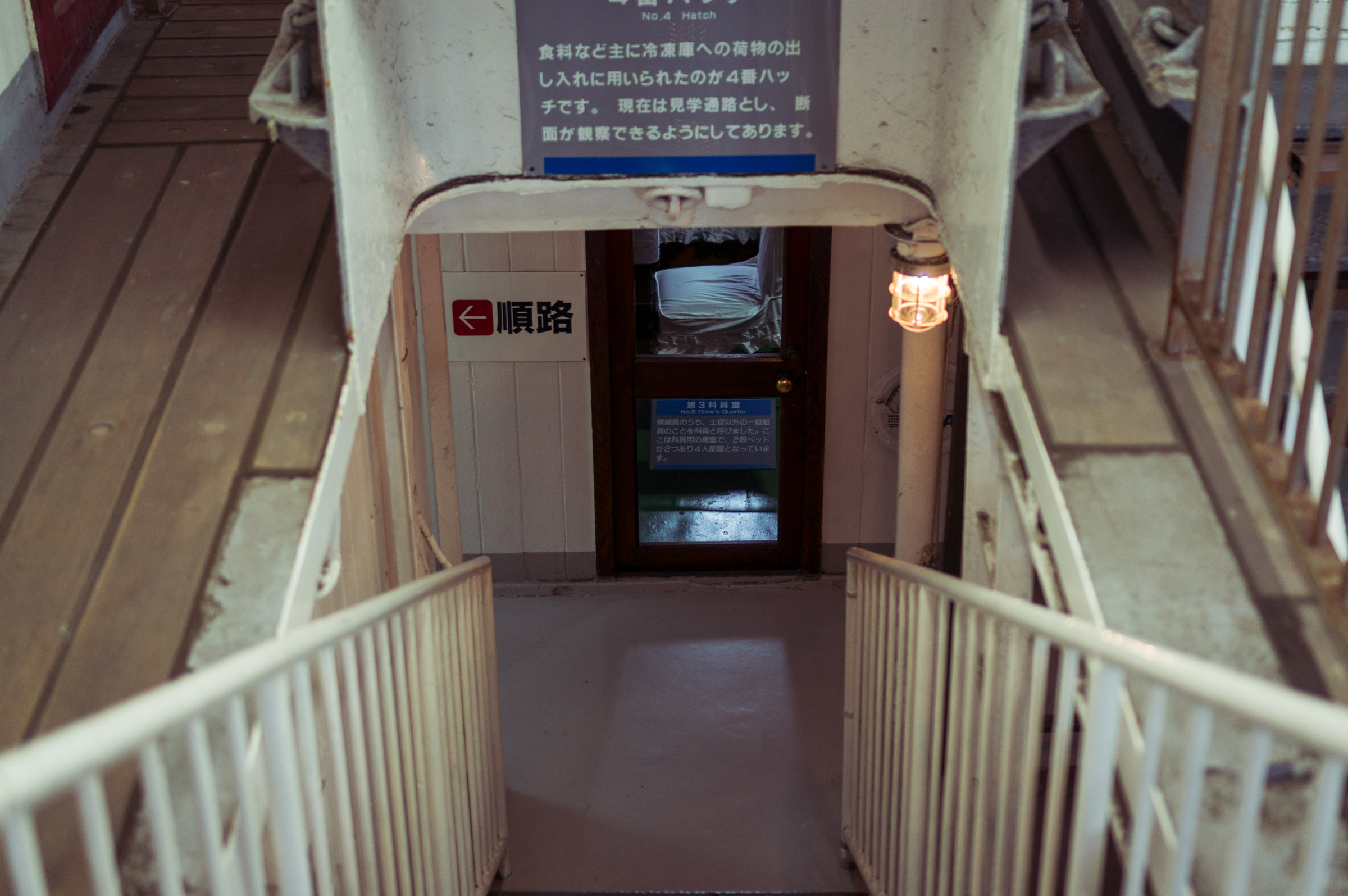 These stairs lead to the bowels of the ship. 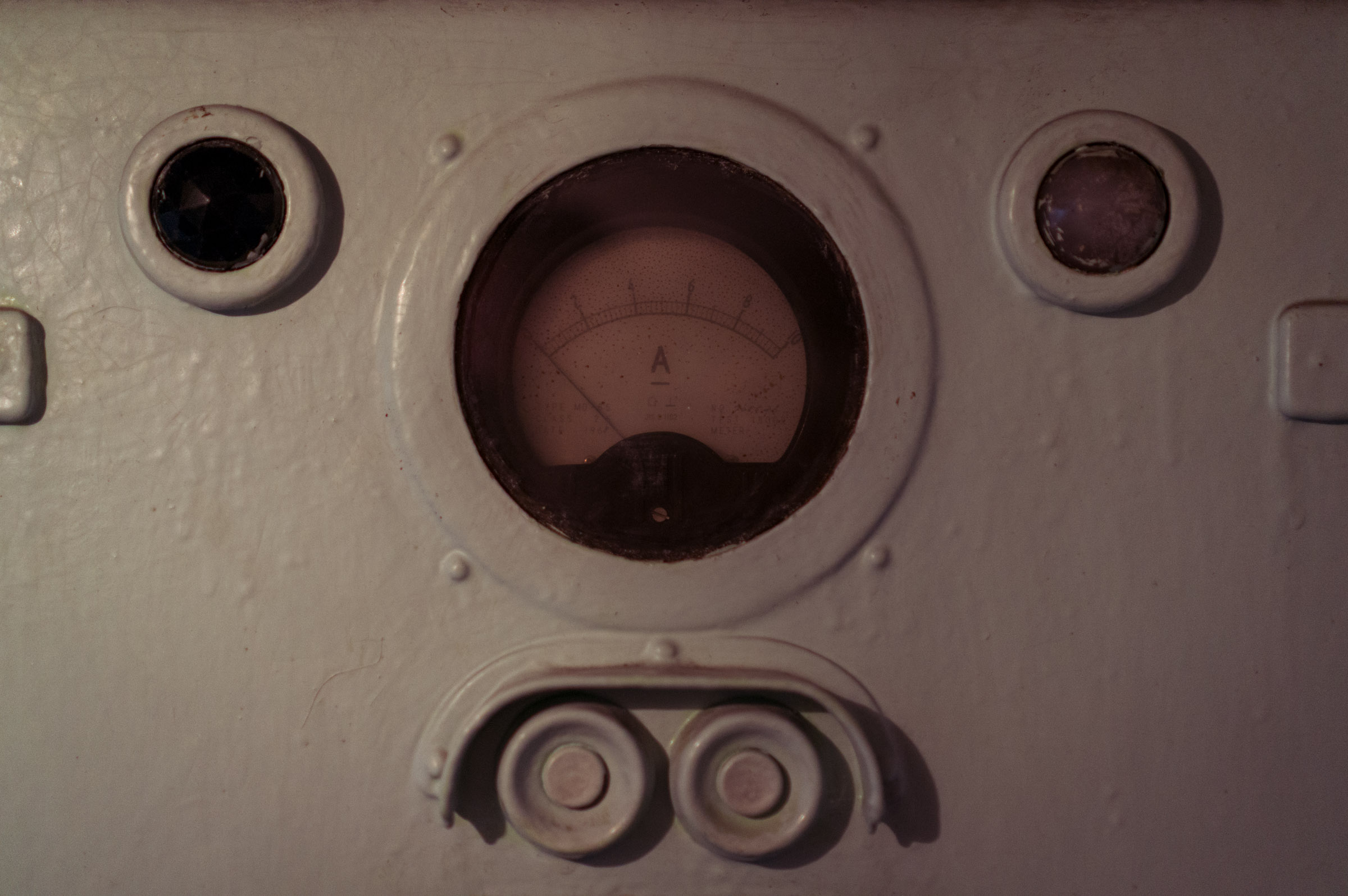 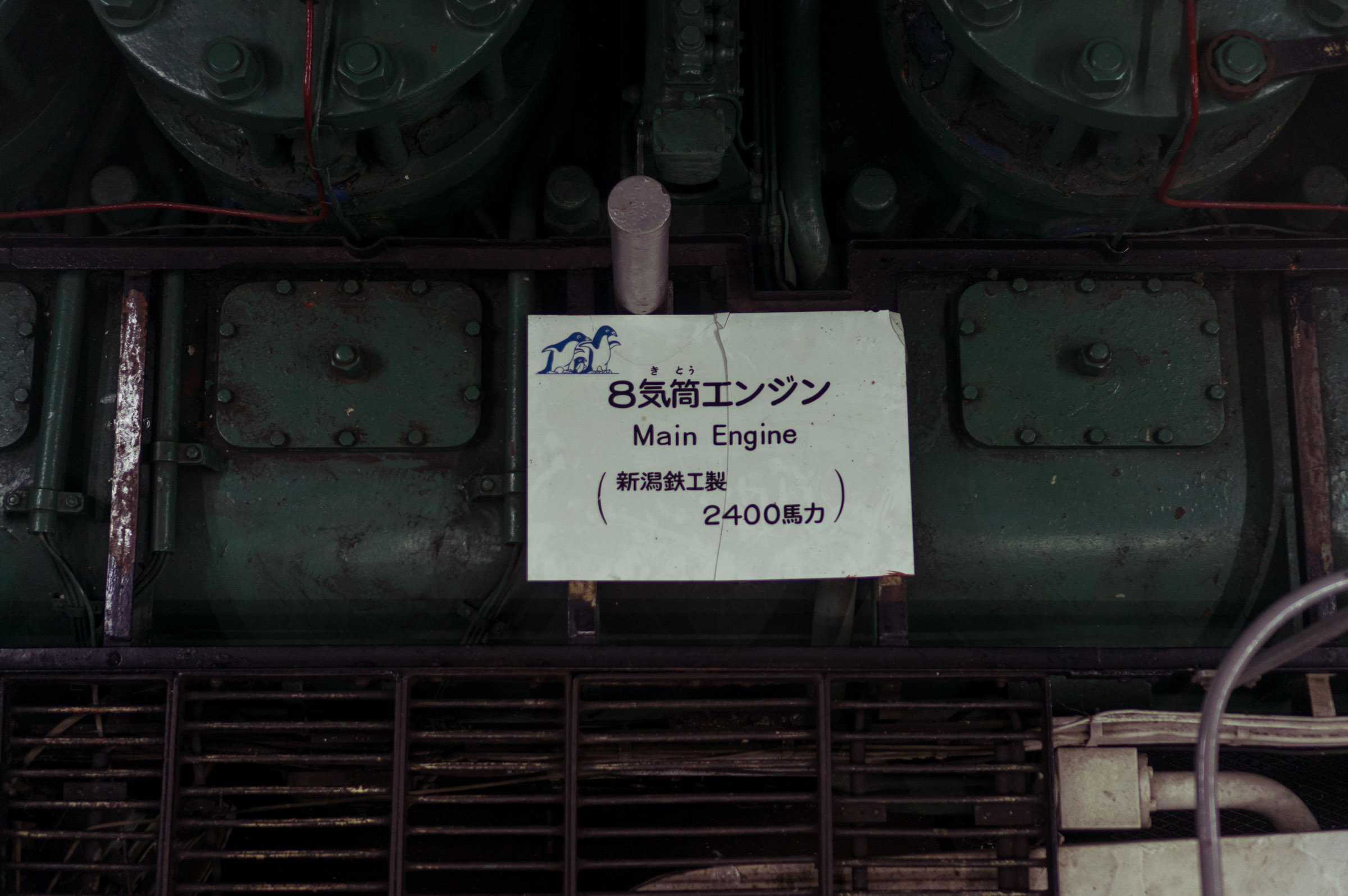 Lots of instruments and machinery reside in this area. 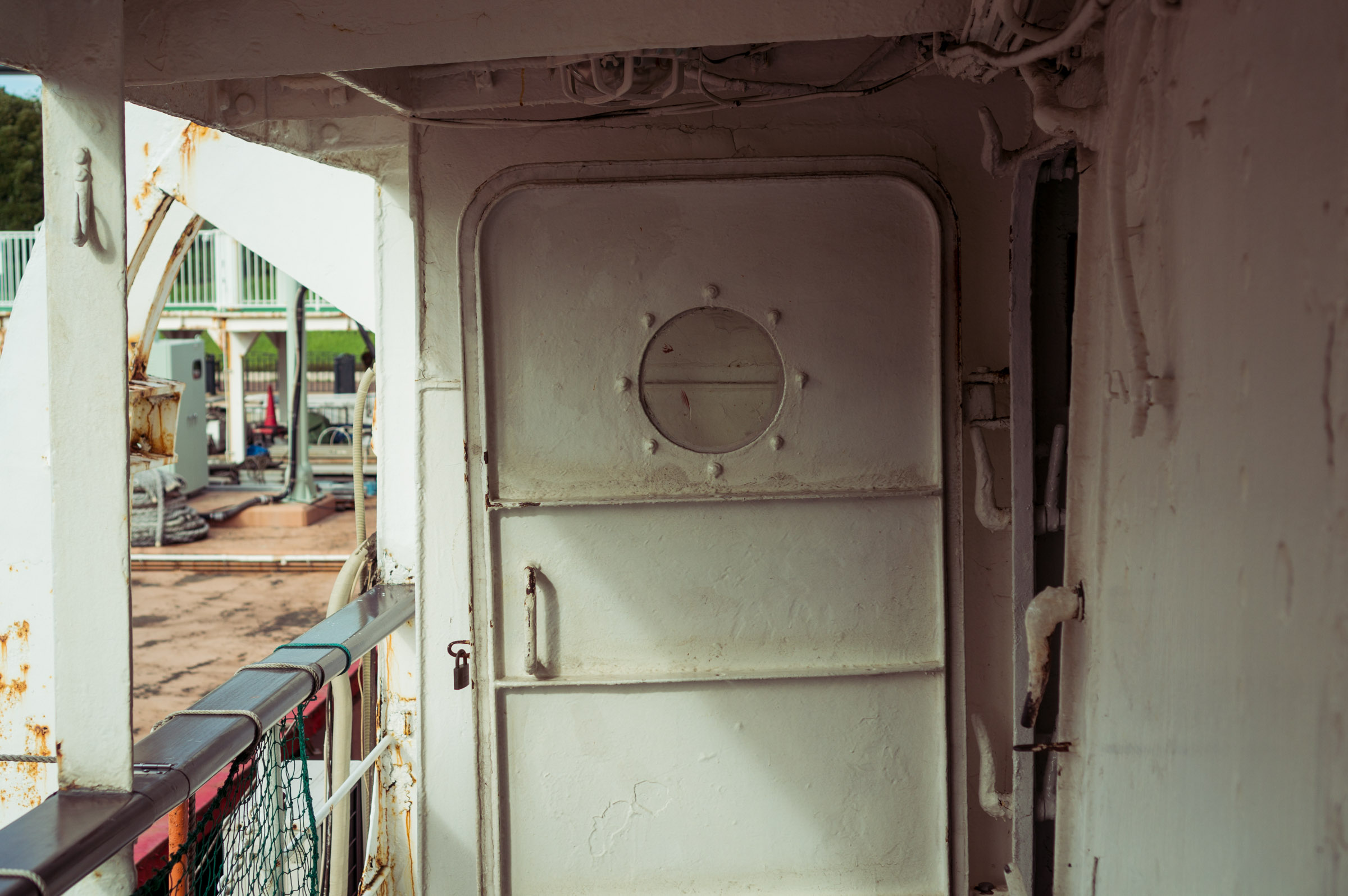 A couple staircases later we arrive at the bridge. 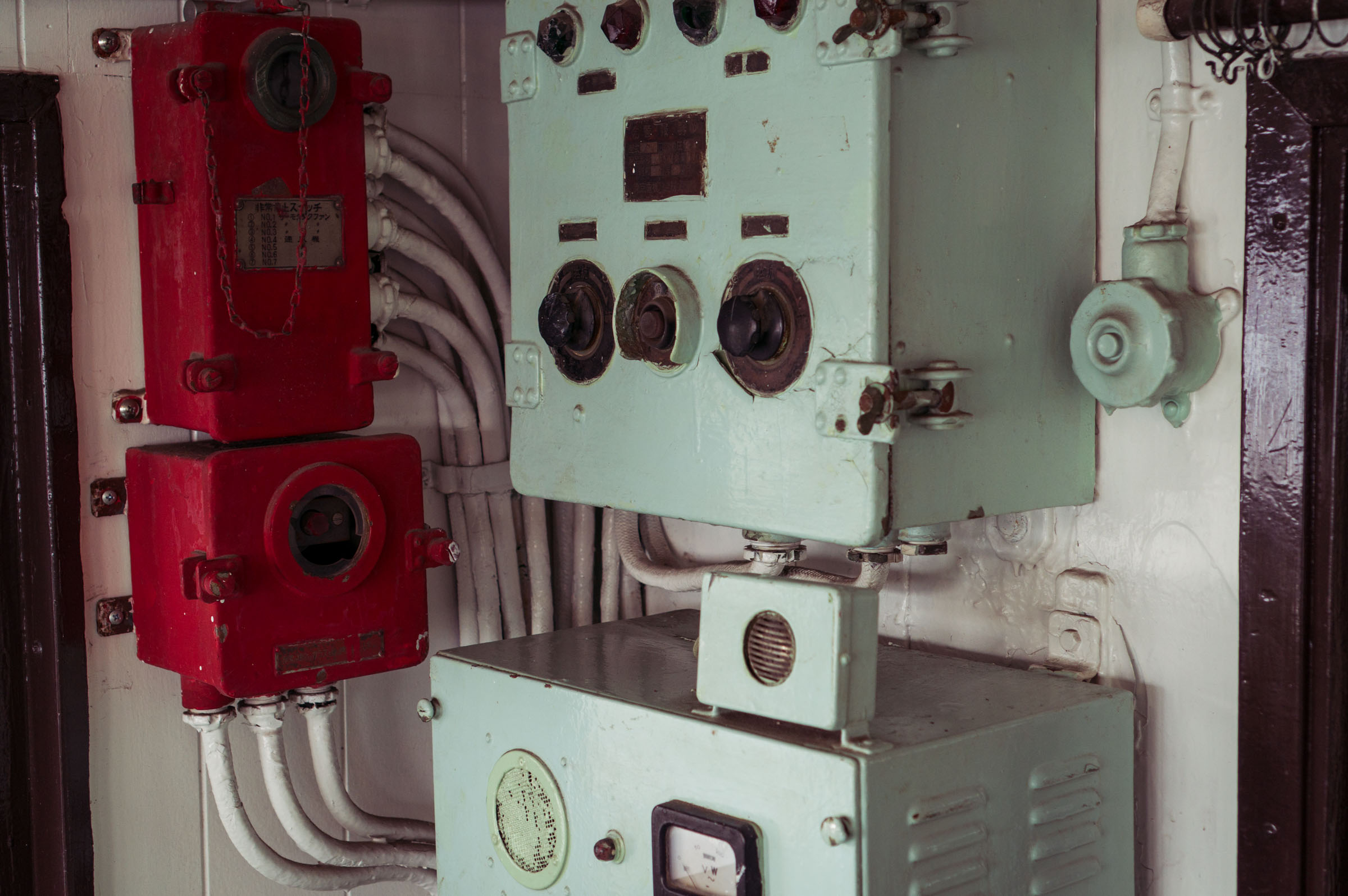 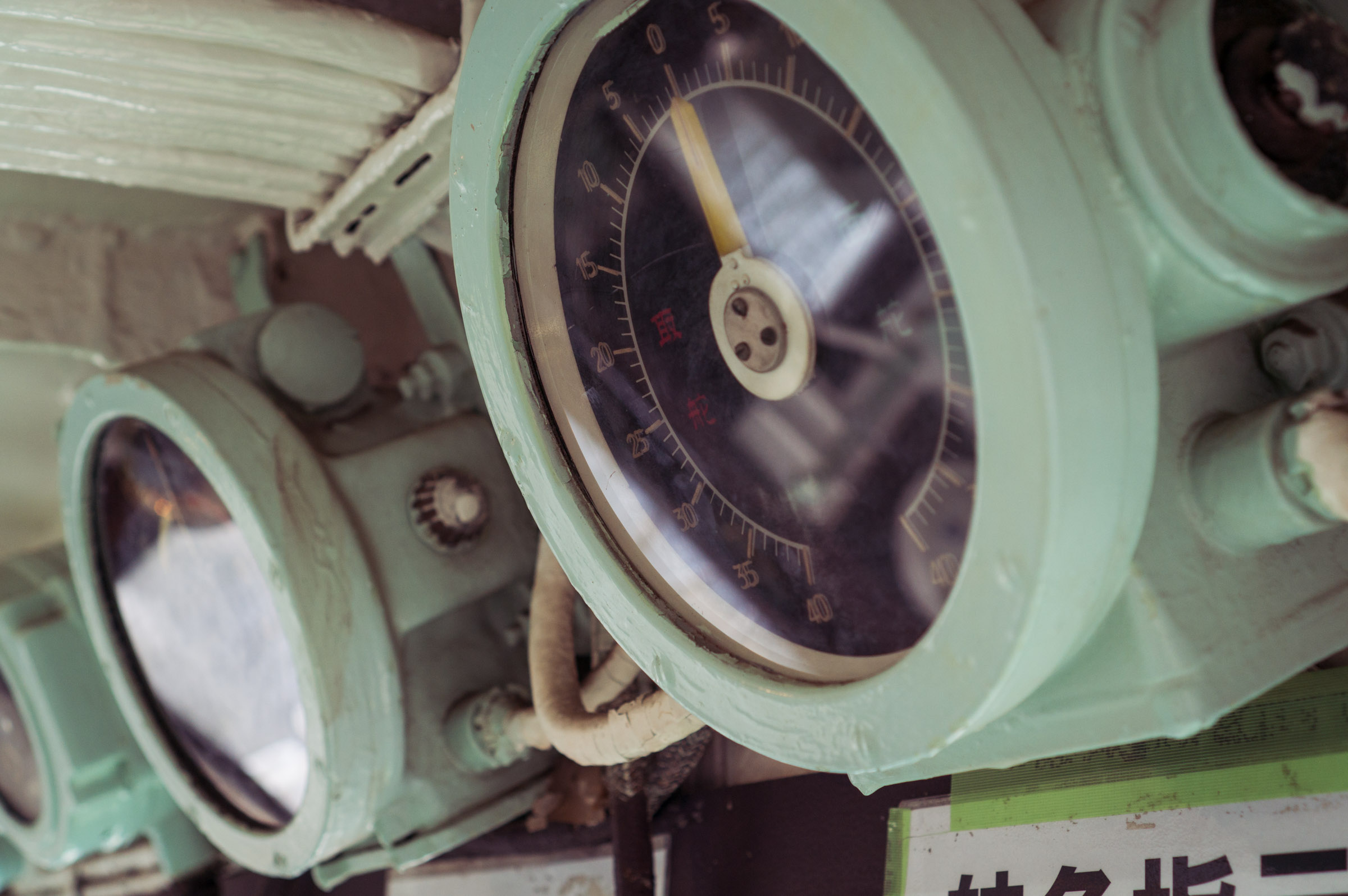 Lots of cool analog gauges and old equipment for the crew to use.

The bridge provides a pretty good view of the harbor.

So that’s the icebreaker in Odaiba. But we aren’t done yet. The second half takes us over to Diver City to check out a much newer attraction. 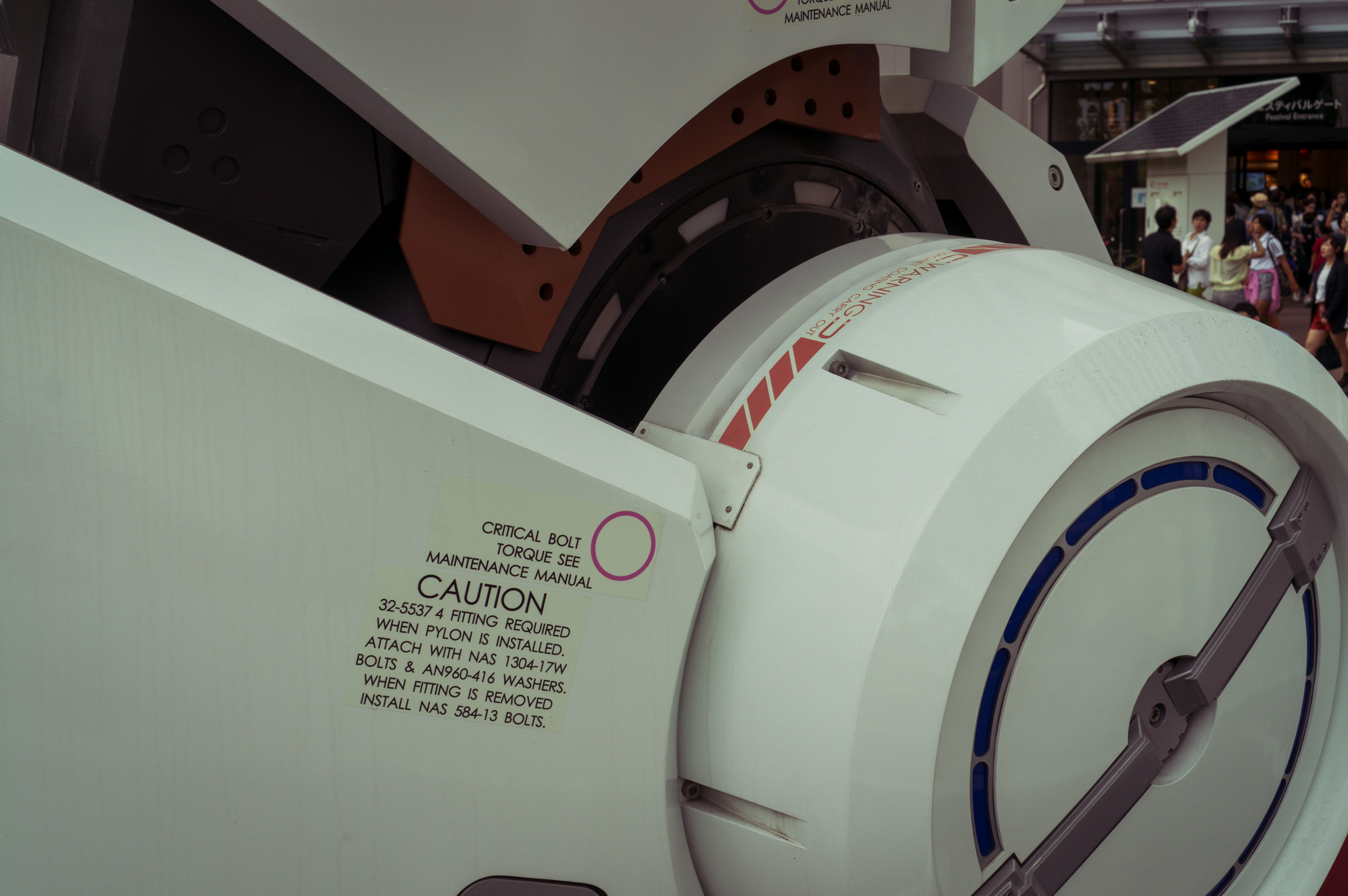 The Japanese may have a natural connection to the sea, but I think their real passion is giant robots. Look no further for evidence than this giant 1:1 scale Gundam. 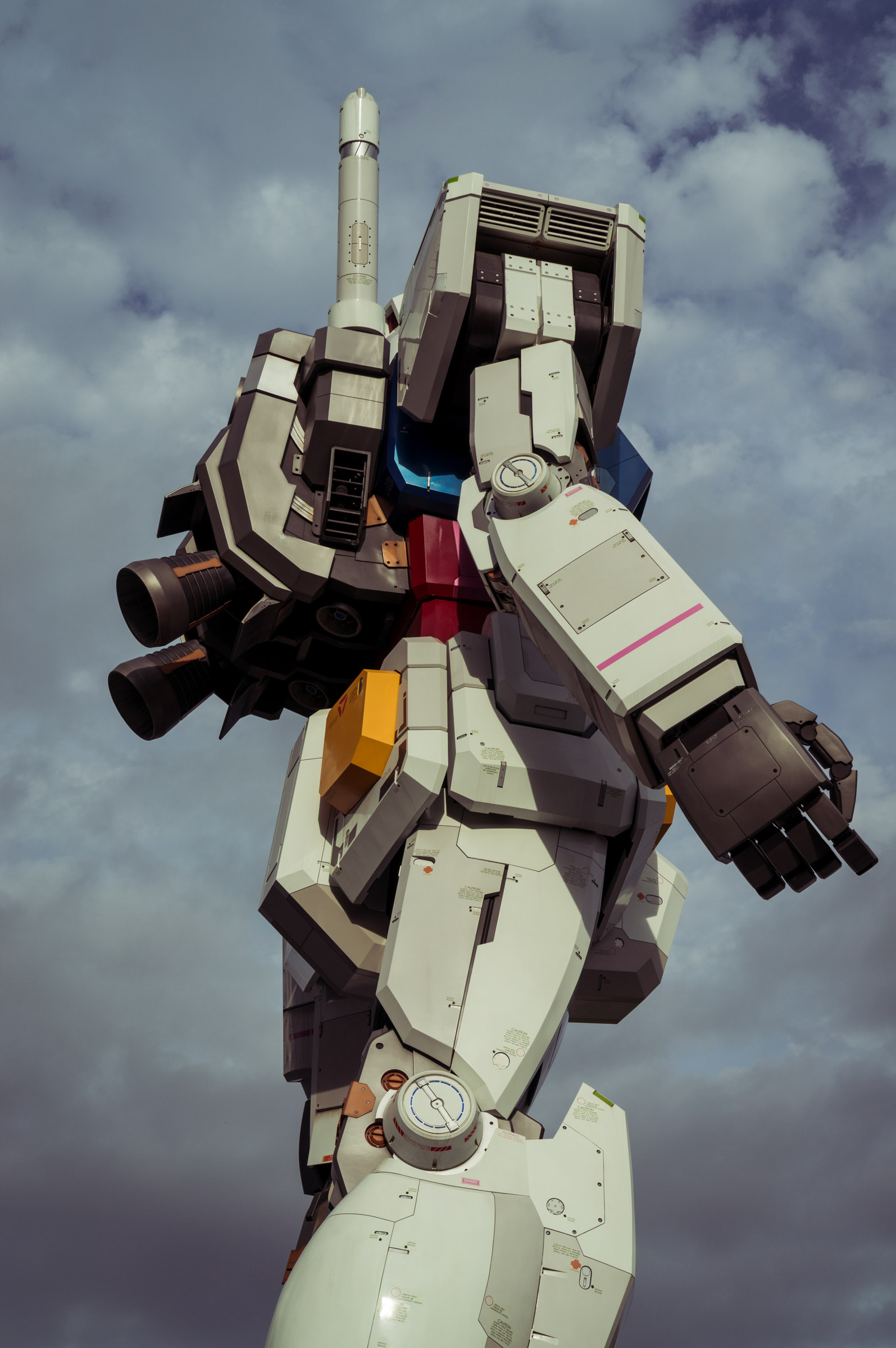 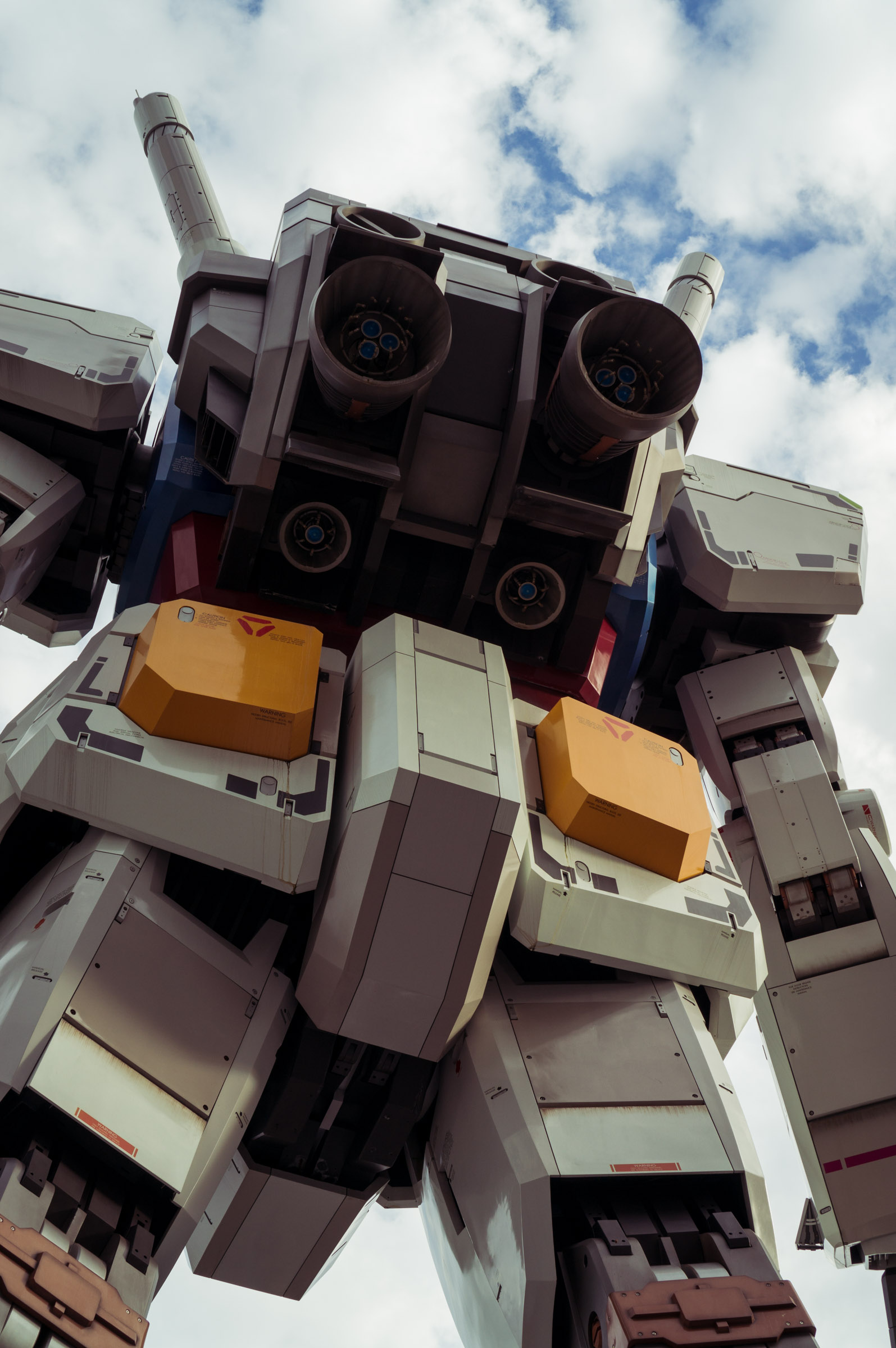 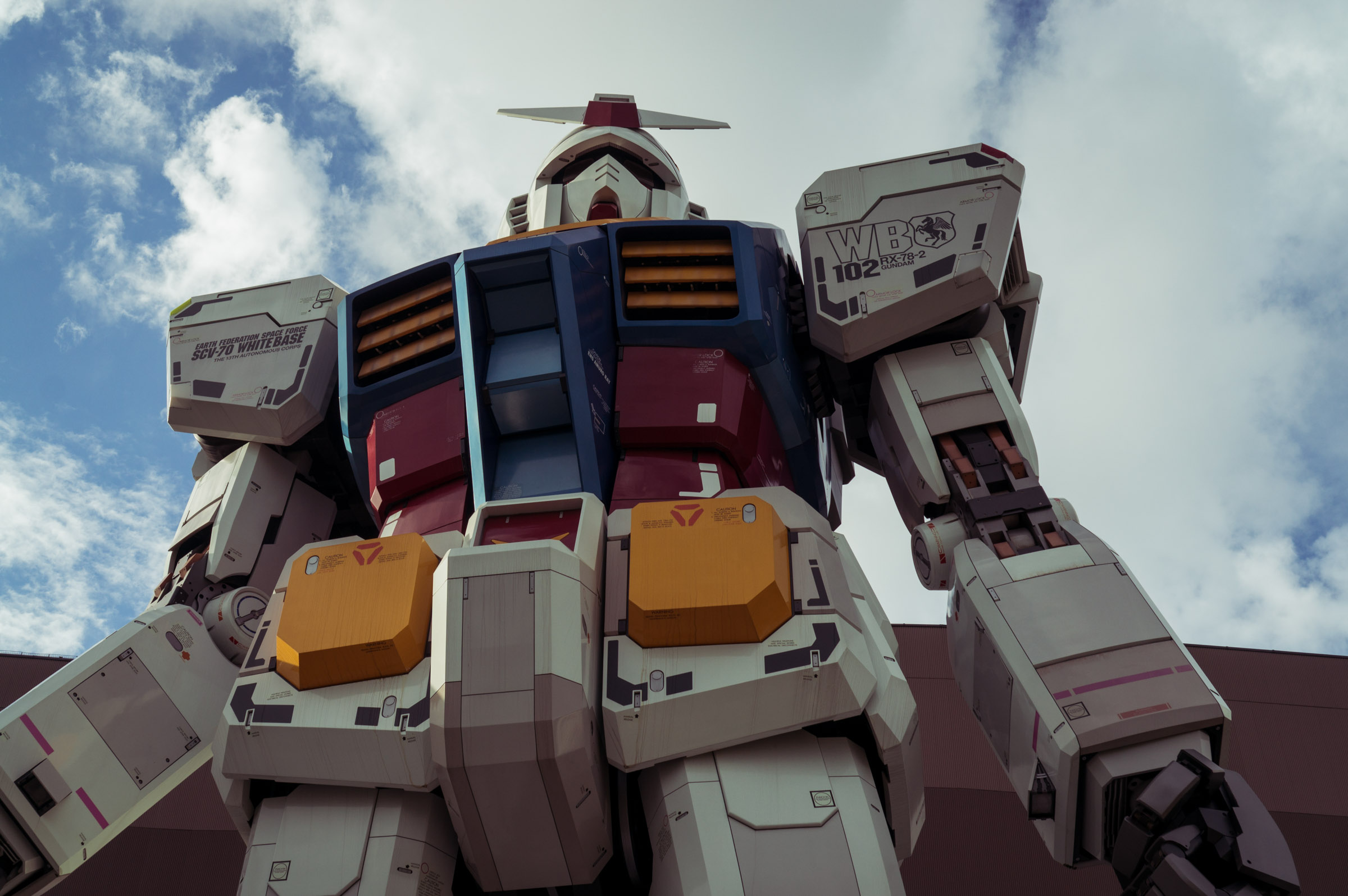 Standing at 18-meters tall, RX-78-2 mobile suit stands guard outside Diver City in Odaiba. The detail is awesome too. Maybe it’s actually a top-secret government project for a giant humanoid robot to protect Tokyo Bay disguised as a statue. 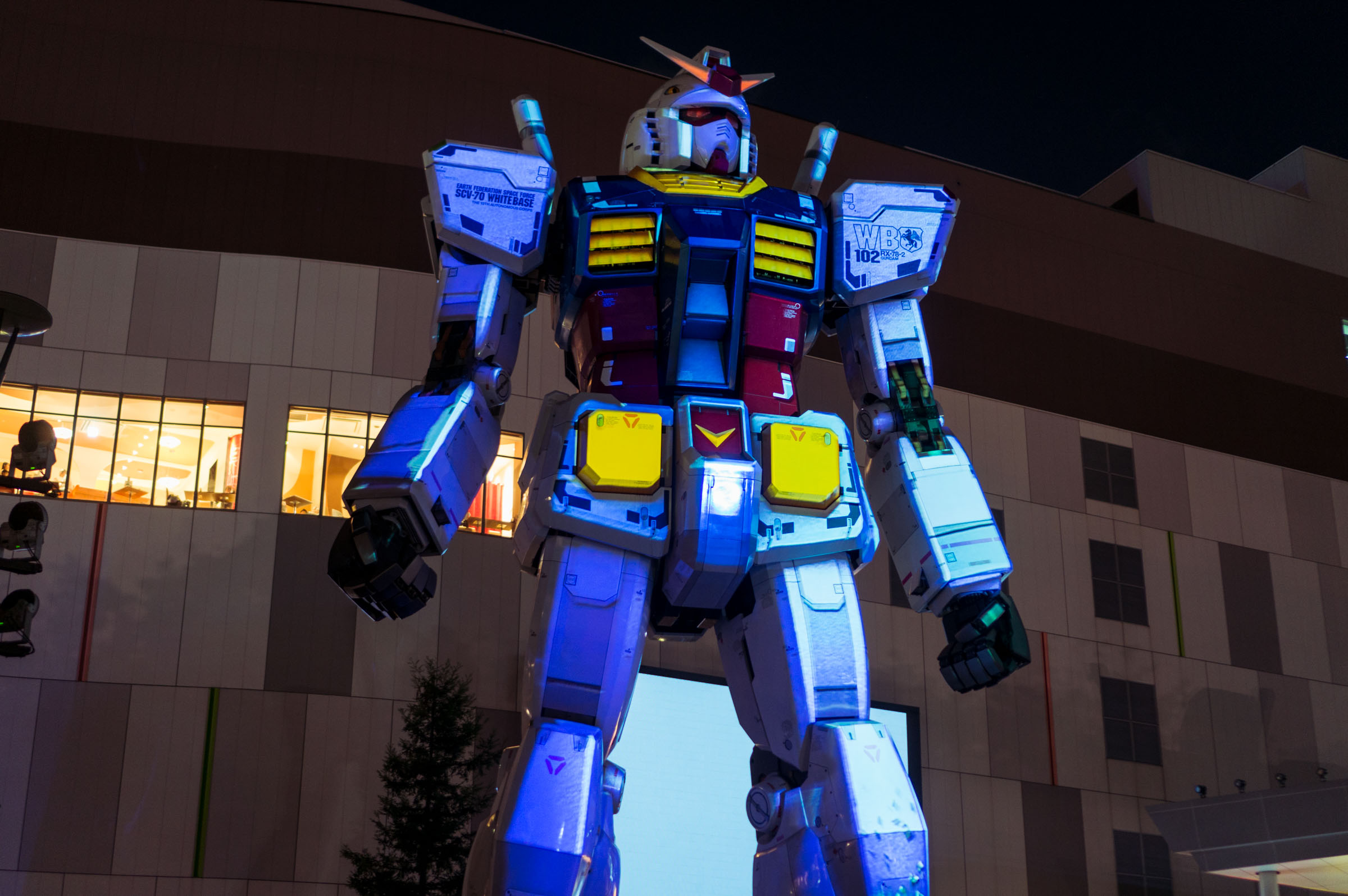 Recent upgrades include a movable head and a projection mapping light show. 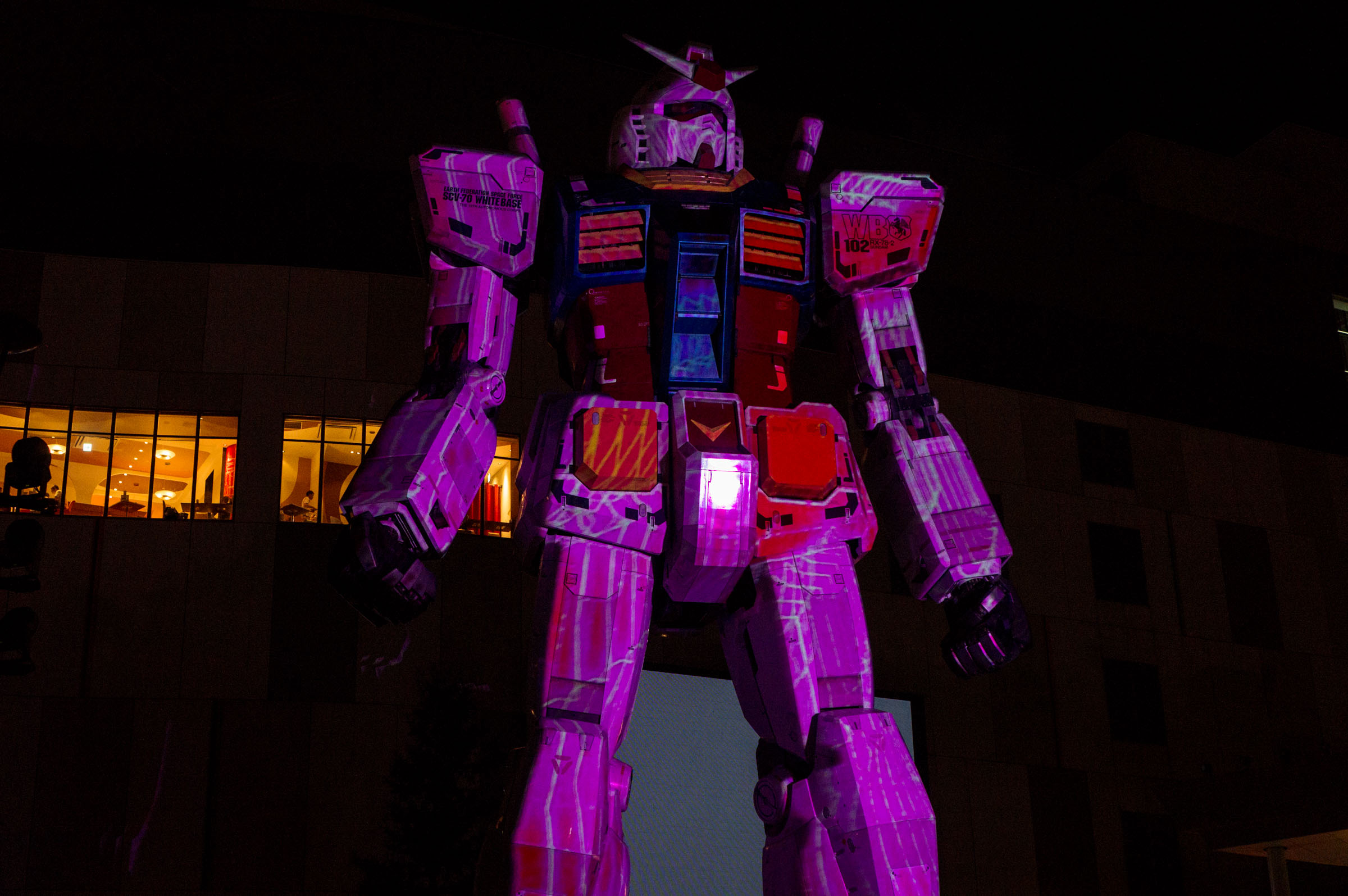 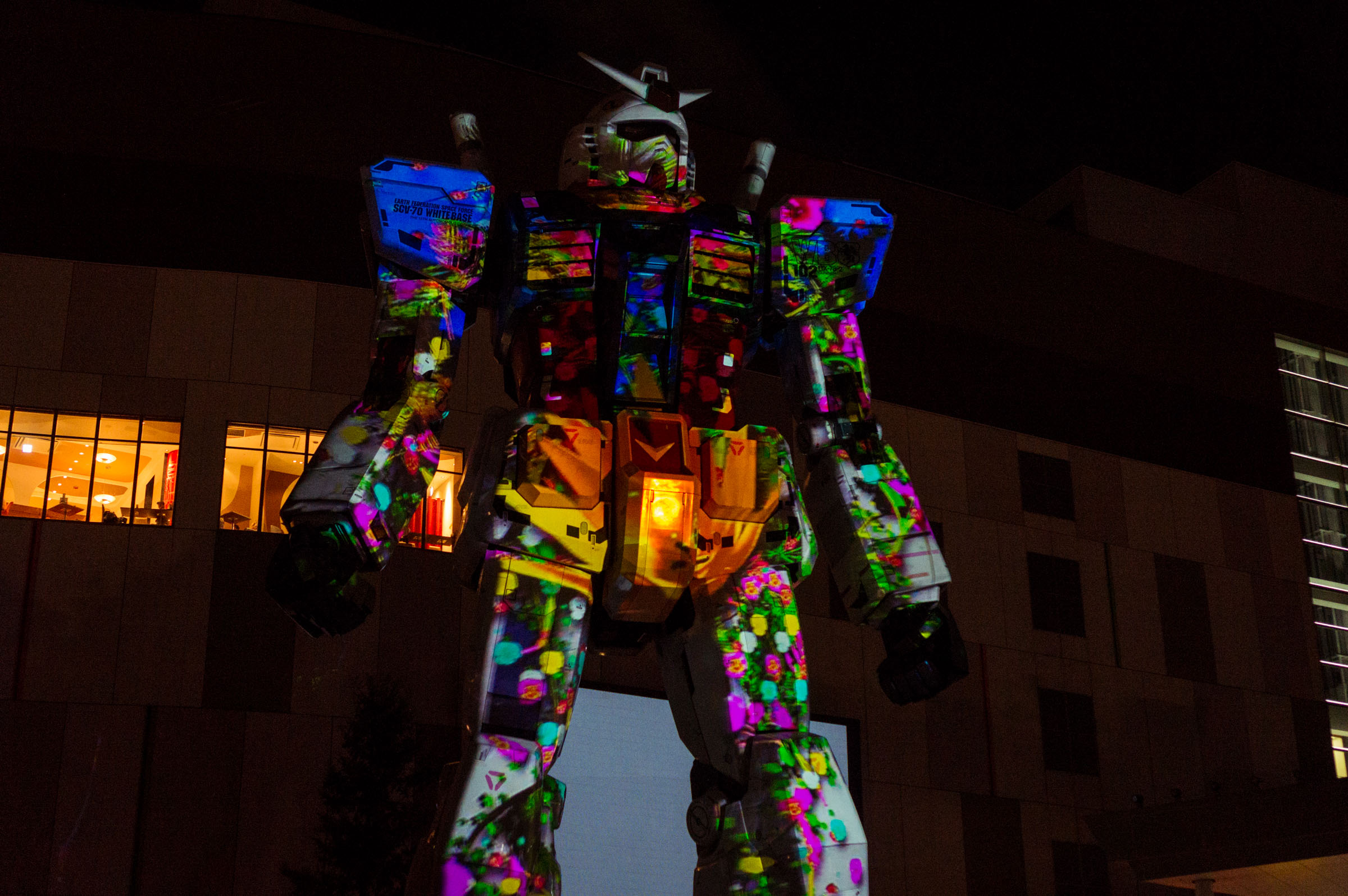 The Gundam displays its mission critical flower camouflage during the show. 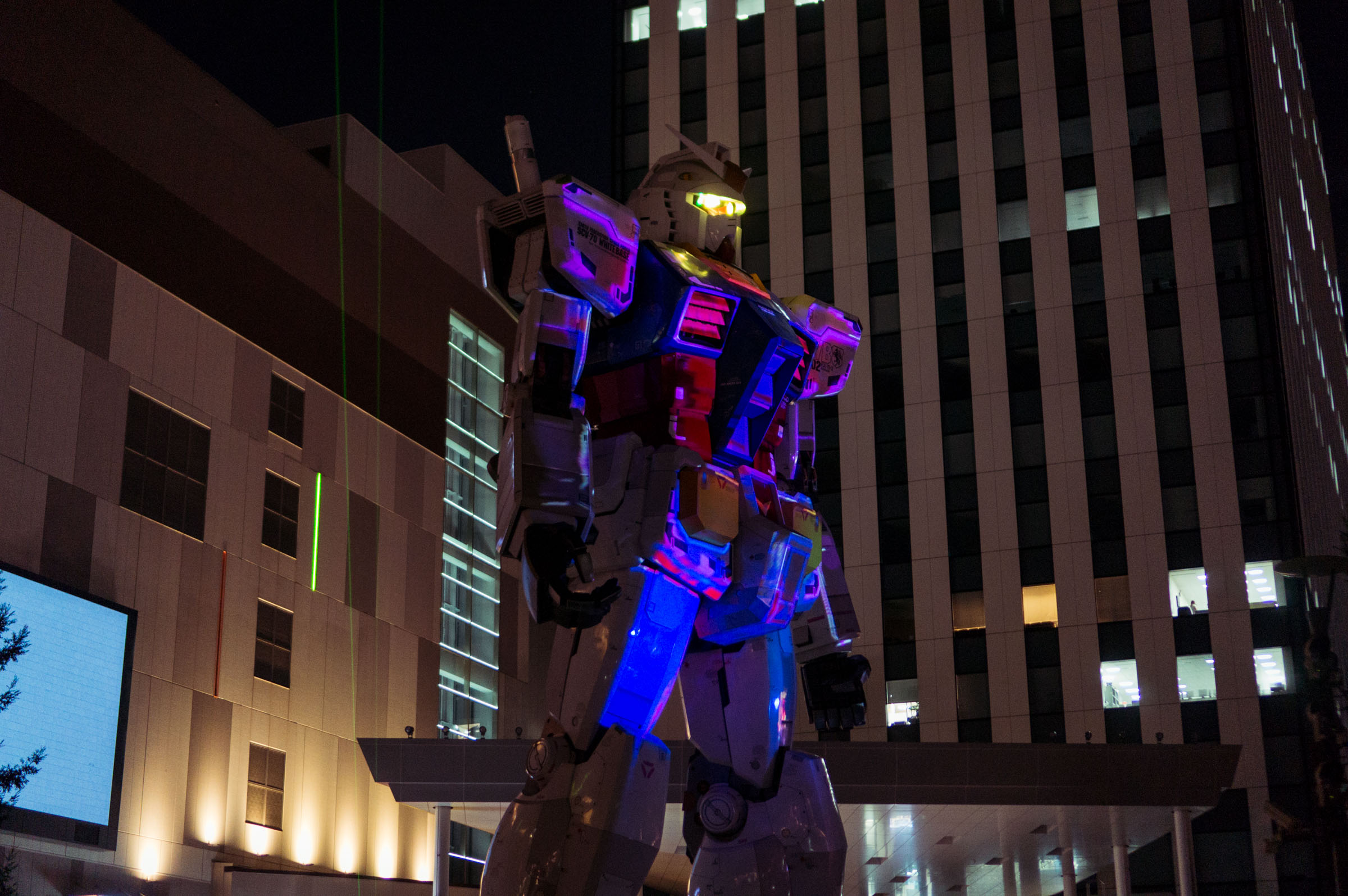 For the finale, the mobile suit’s eyes shine brightly as it powers up. Its head swivels to survey the area, and then a loud burst of steam shoots from the exhaust ports.

The icebreaker ship and Gundam statue are just the tip of the iceberg of Odaiba attractions. If you get a chance to visit, don’t forget to check out the heavy machinery.