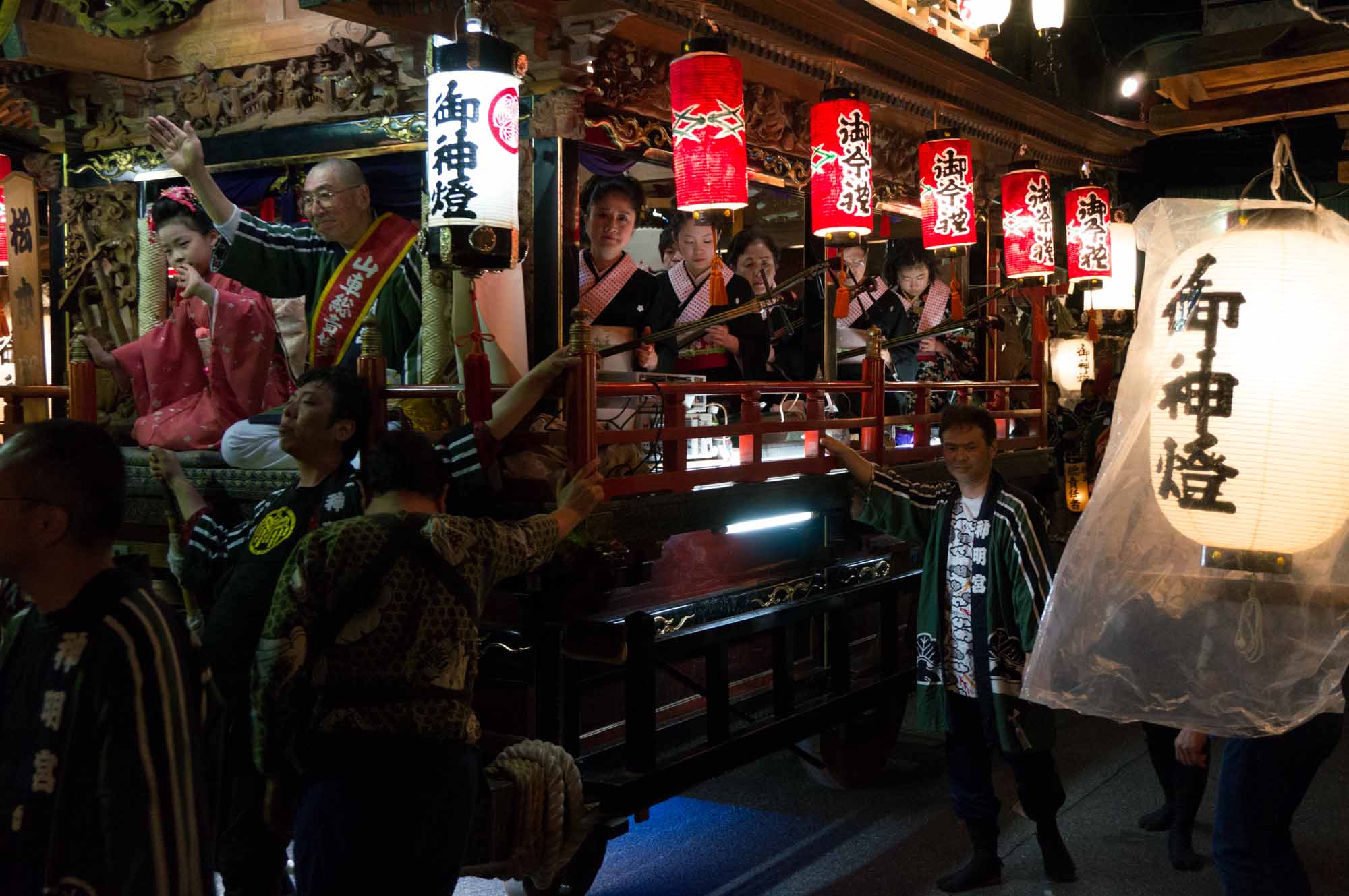 Tonight a cart-pulling festival took place a little north of downtown Okazaki. We made the mistake of trying to walk from downtown—finding a closer bus stop or biking would have been the way to go.

Danjiri are large wooden carts built to look like a shrine or temple with ornate details carved into the exterior. Each cart and its respective cart-pulling team represent a part of town. As the teams haul the danjiri through the streets, musicians in the carts play music while others sing songs. The glow of the lanterns adds to the atmosphere as the carts pass through the dark streets. 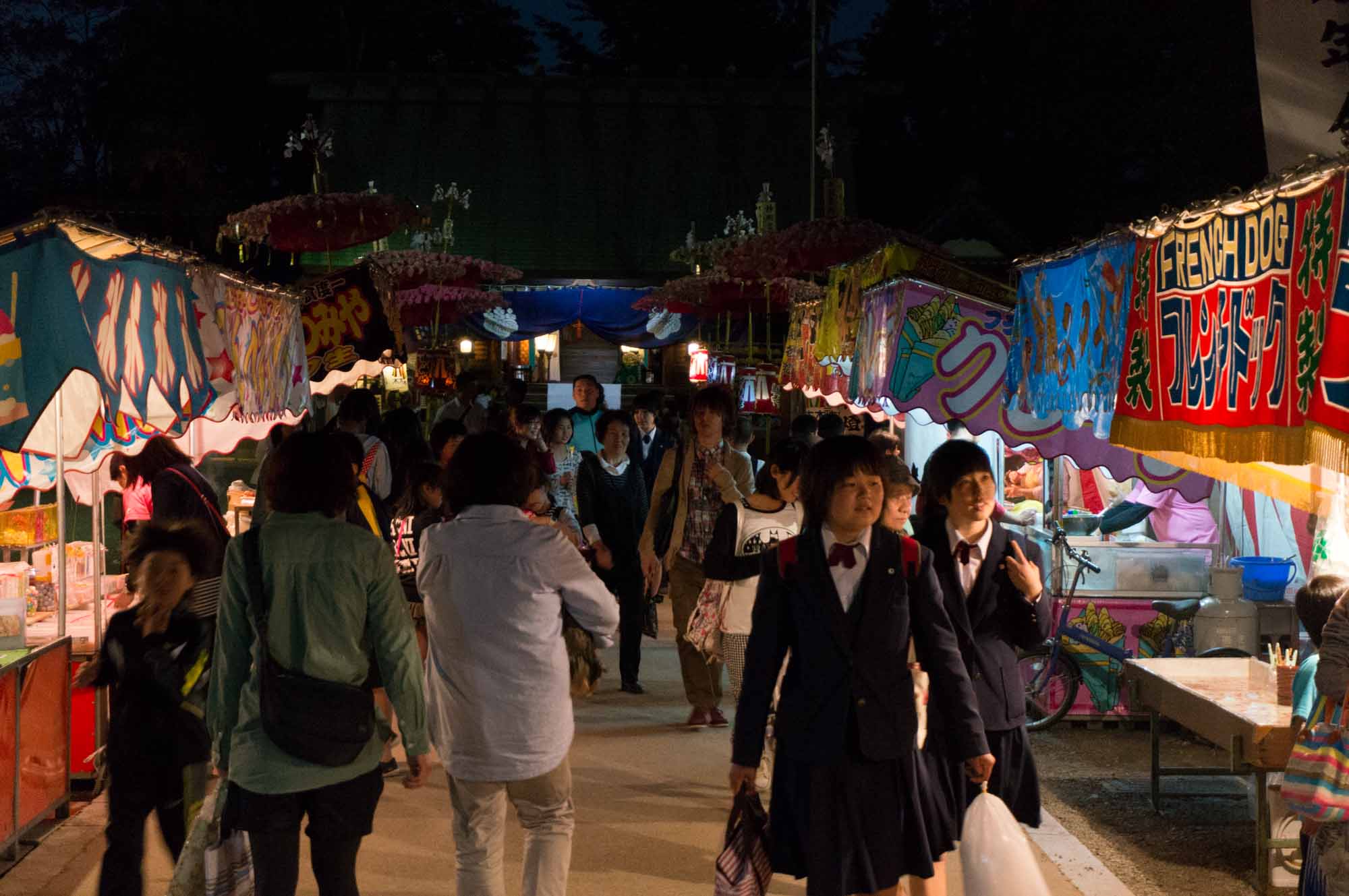 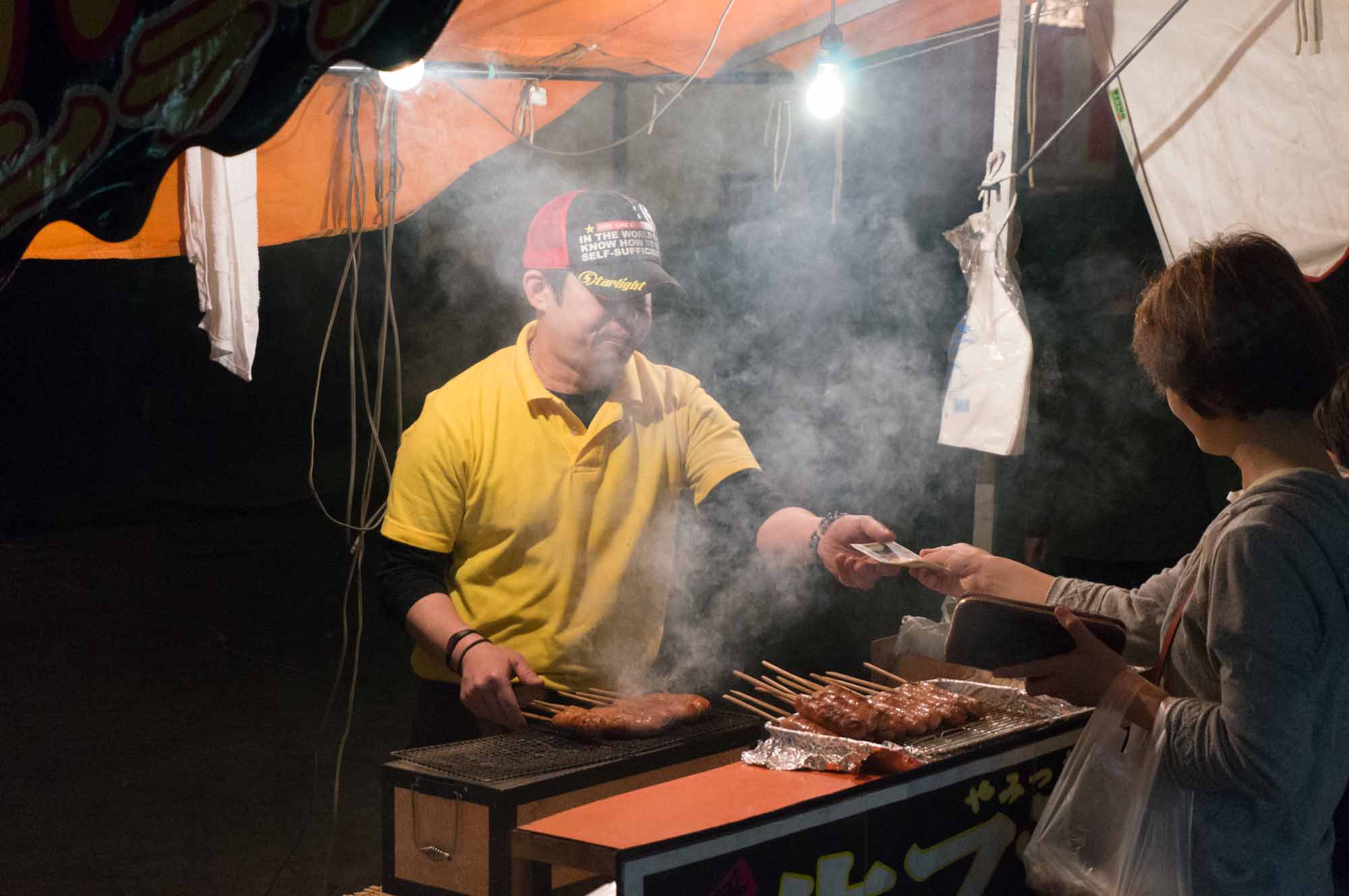 The familiar smell of grilled meat and smoke fills the air. Suddenly hunger sets in even though dinner was only an hour ago. A festival in Japan isn’t complete without food stalls.

Large flower umbrellas in the courtyard welcome the cart-pulling teams at the finish line.

The courtyard also holds a stage for each danjiri team. To catch the last bus, you have to miss the performances. 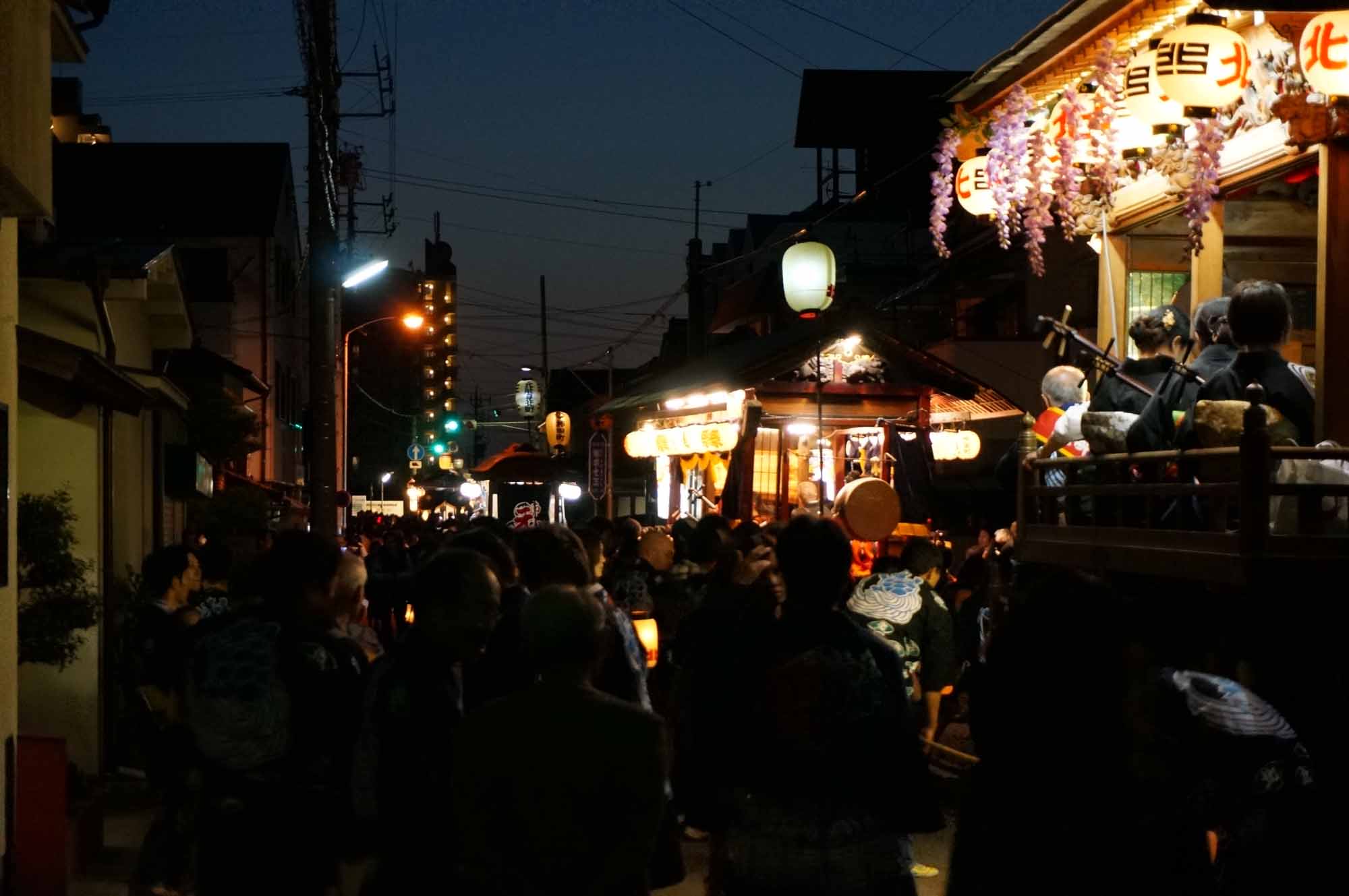 After preparations are complete, the carts queue up at the starting point. 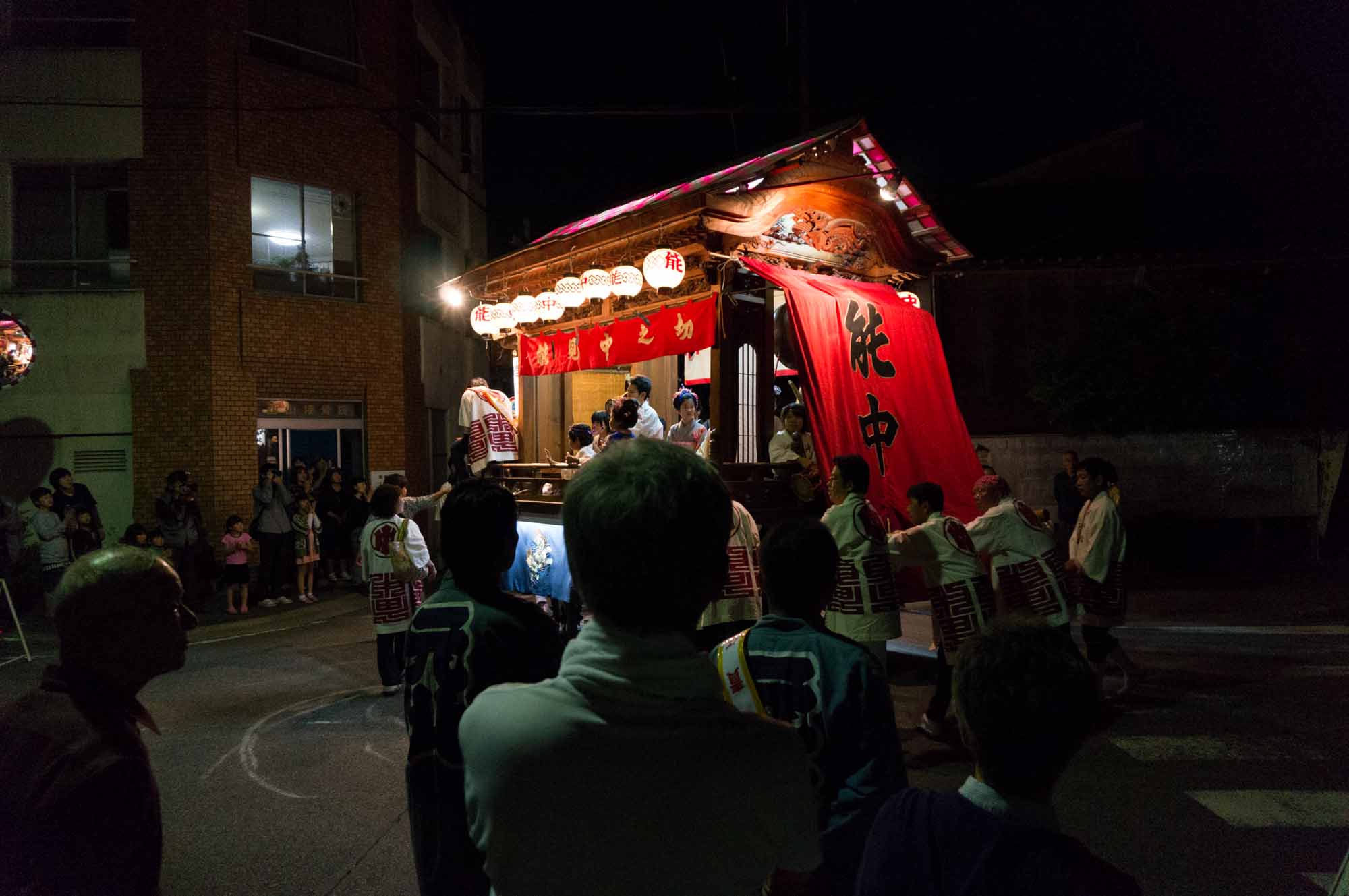 While some carts have steering, others do not. So members of the team get in position on either side of the danjiri, bark out a countdown, and quickly force the cart to turn ninety degrees. The sudden burst of action is the highlight of the event for me. 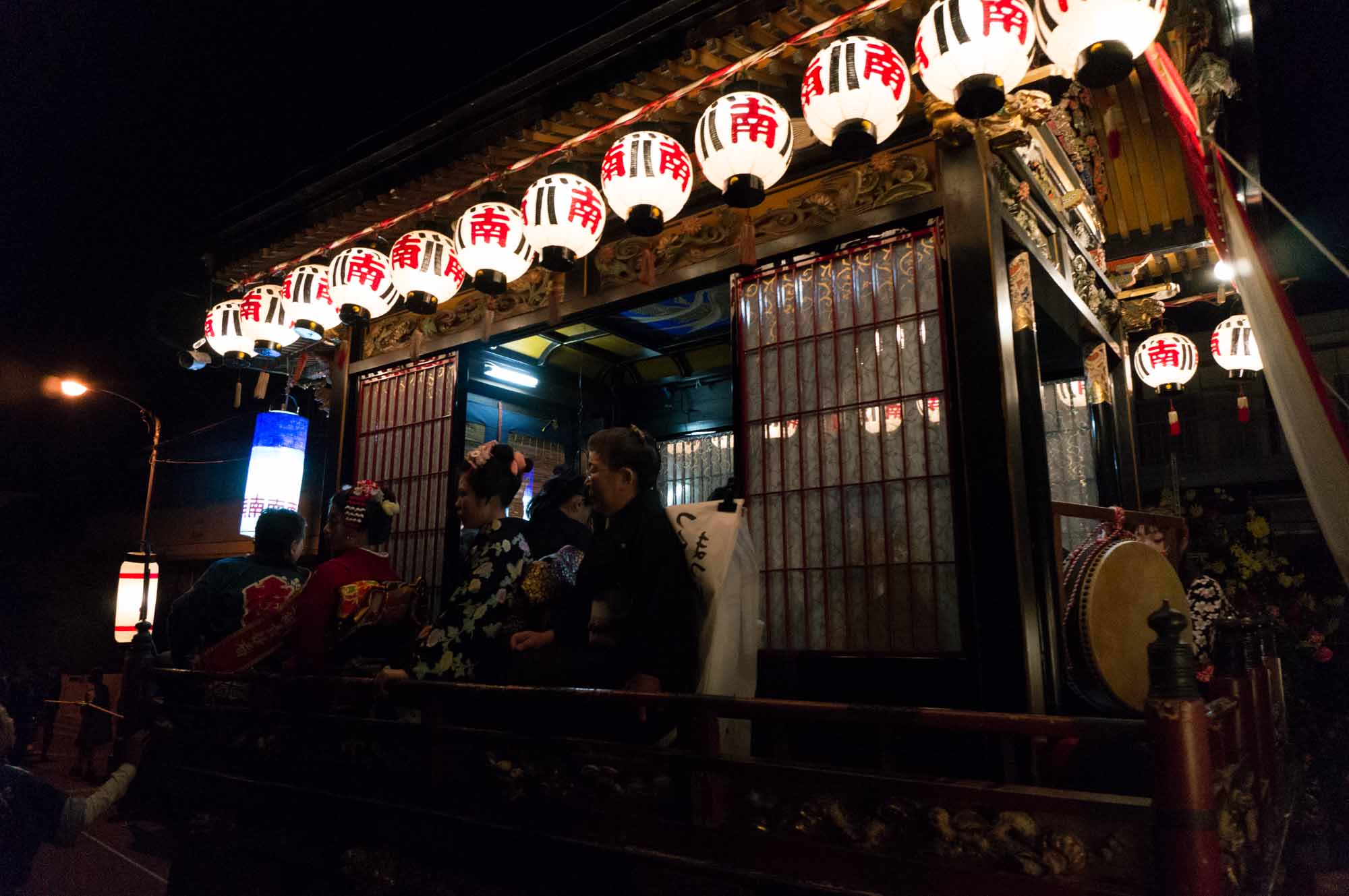 This Okazaki cart-pulling event is not about speed, and all the lights need electricity. So a slow march with a heavy generator is preferred. 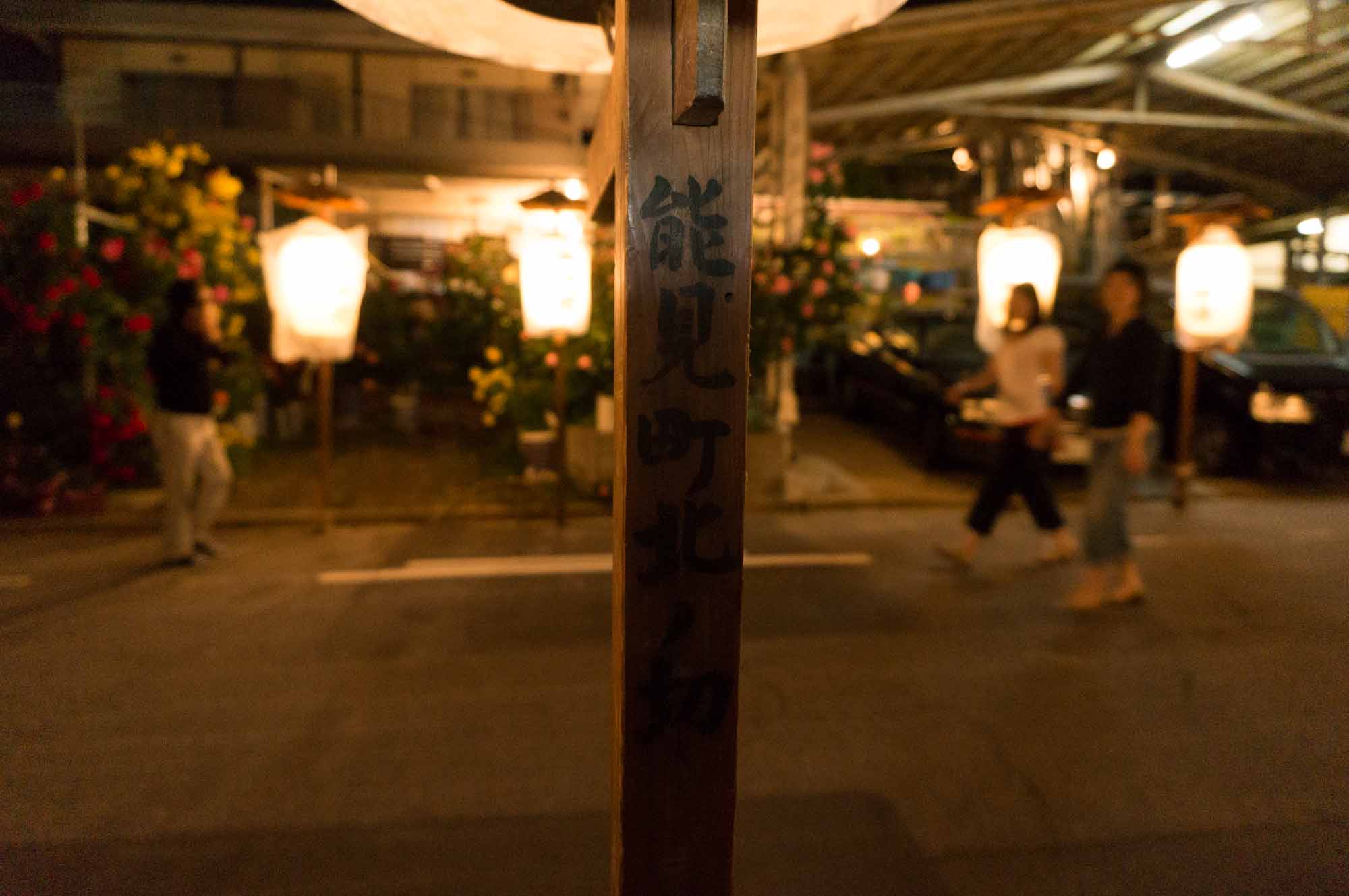 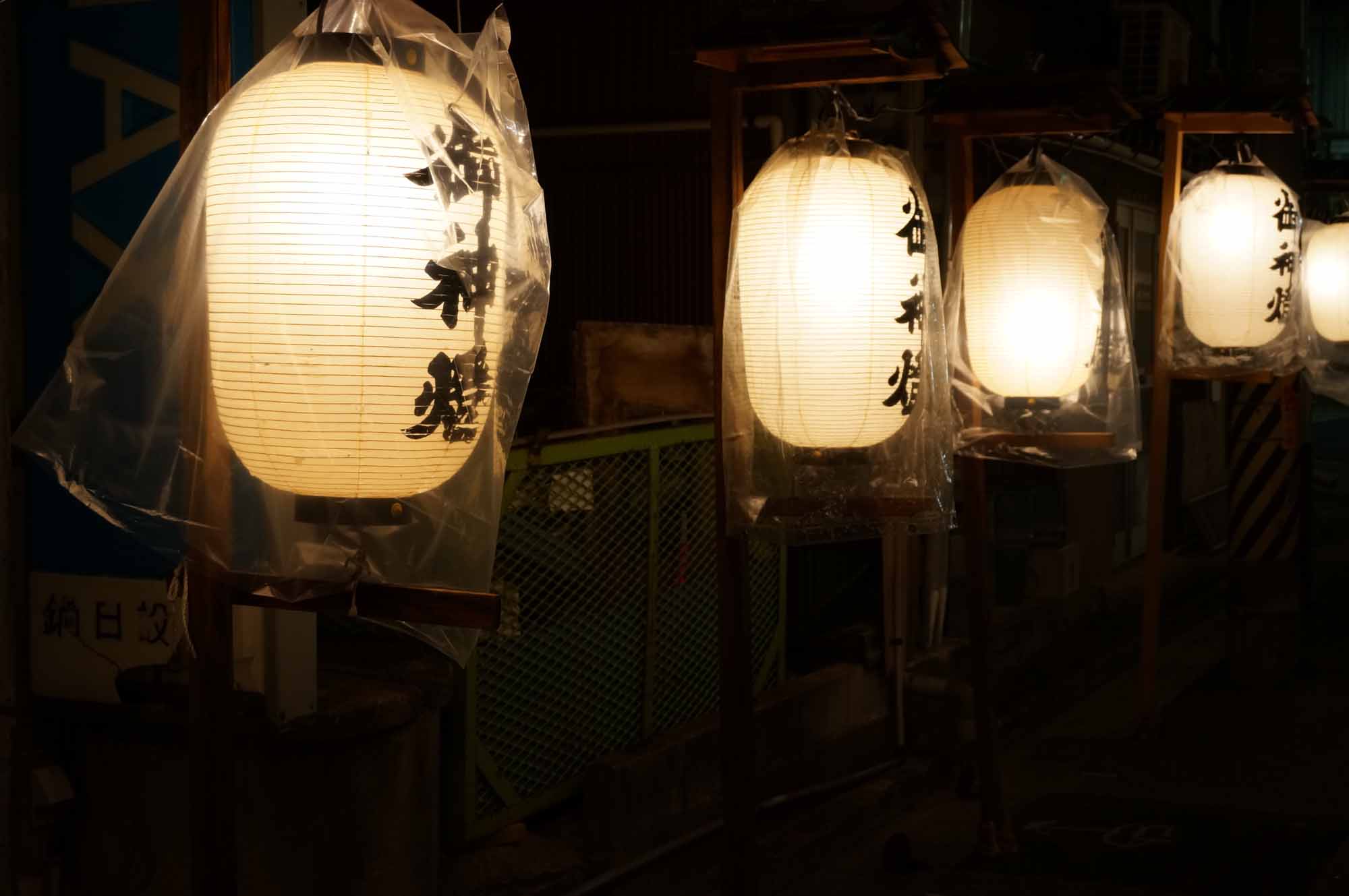 Big lanterns indicated the final leg of the long, winding route through the neighborhood. Better head to the bus stop now.

Seeing the carts lit up at night was something special. A surprising number of people turned out, making it a pretty lively event for a Sunday night.