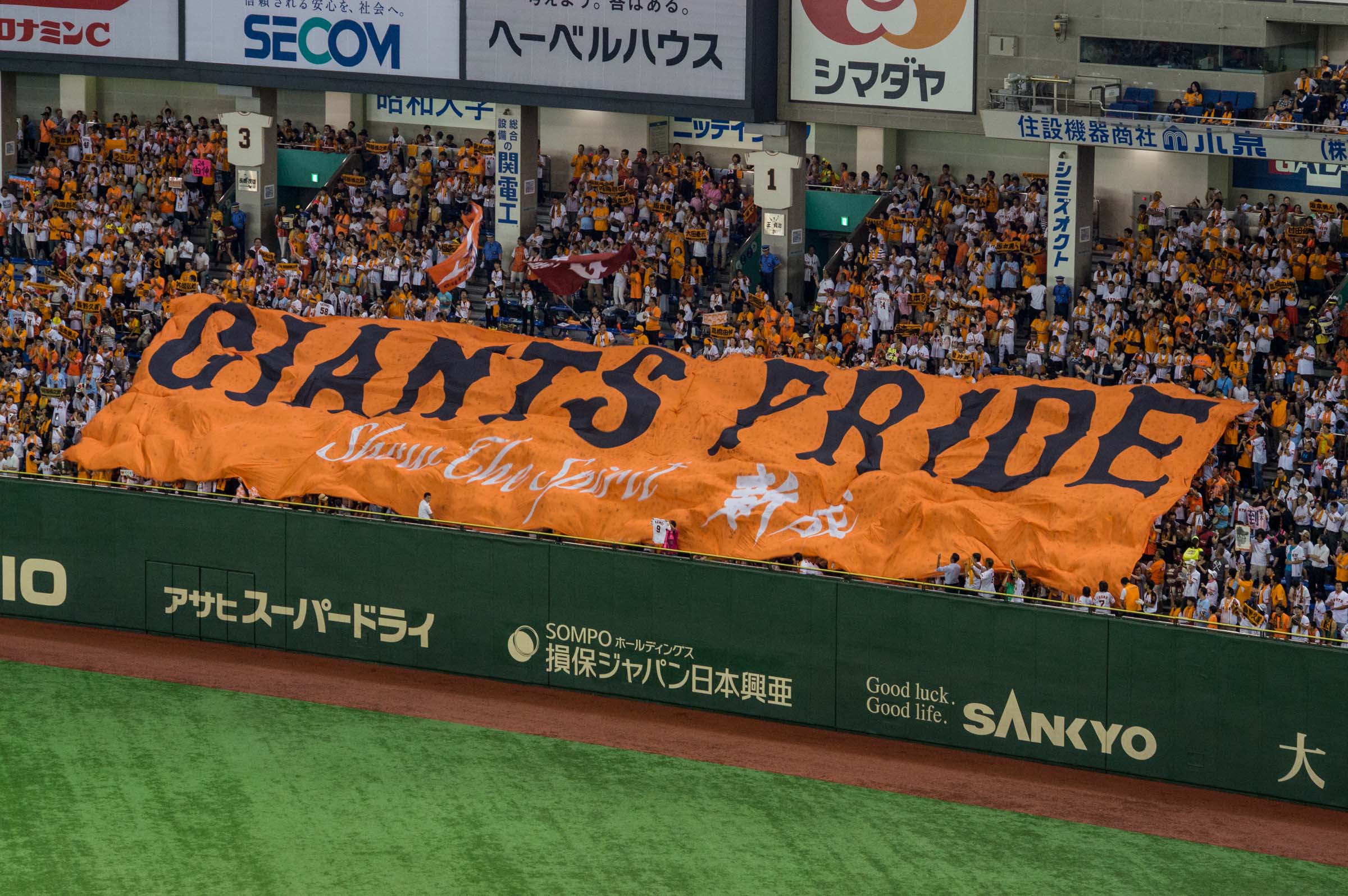 The United States still considers baseball its national pastime, but revenue and attendance records argue that American Football is our true sport of choice. But in Japan, baseball still reigns king. 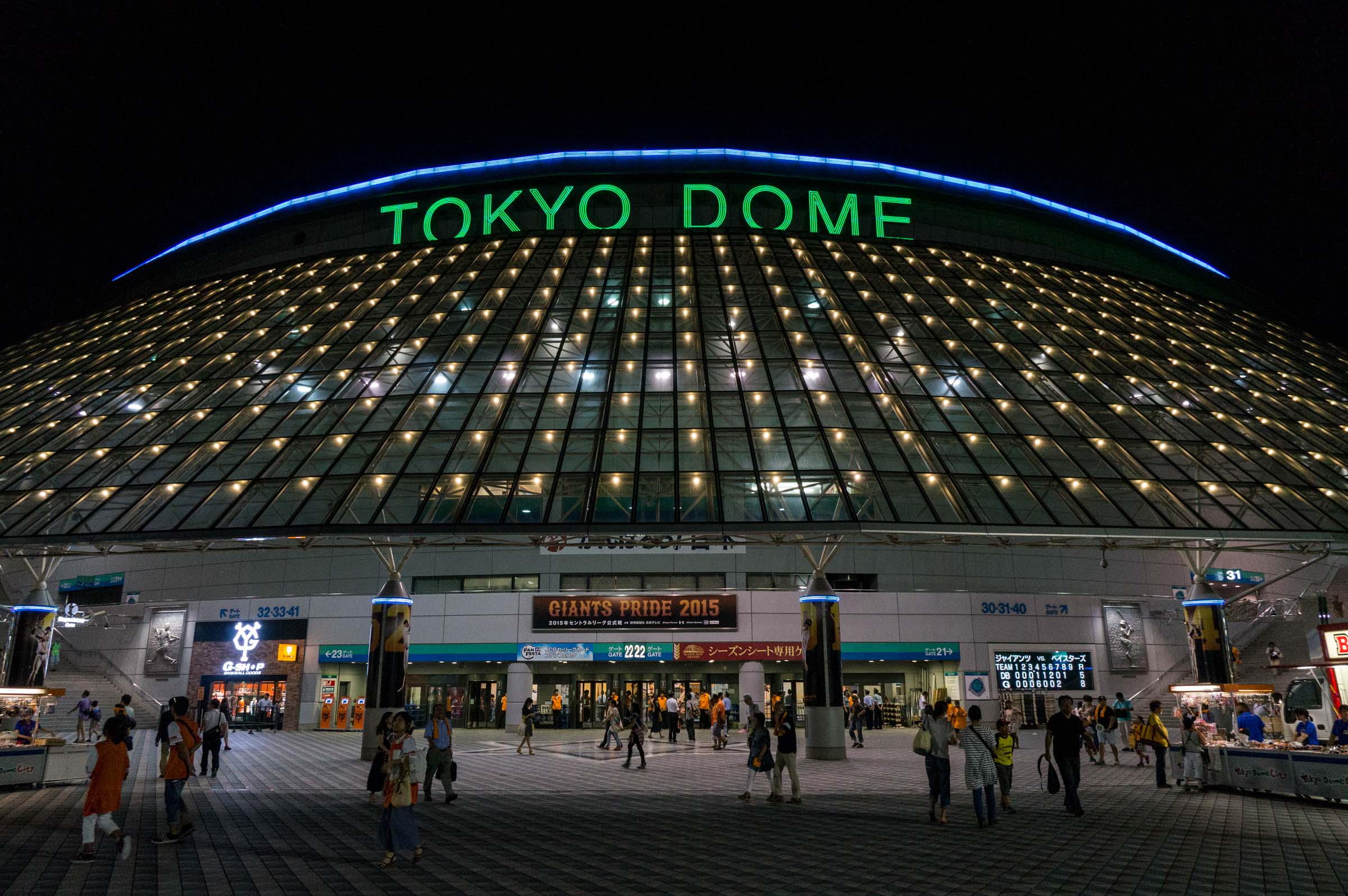 The Tokyo Dome is the home of the Yomiuri Giants. The Giants are sometimes referred to as the New York Yankees of Nippon Professional Baseball, although their uniforms and name more closely resemble the San Francisco Giants. 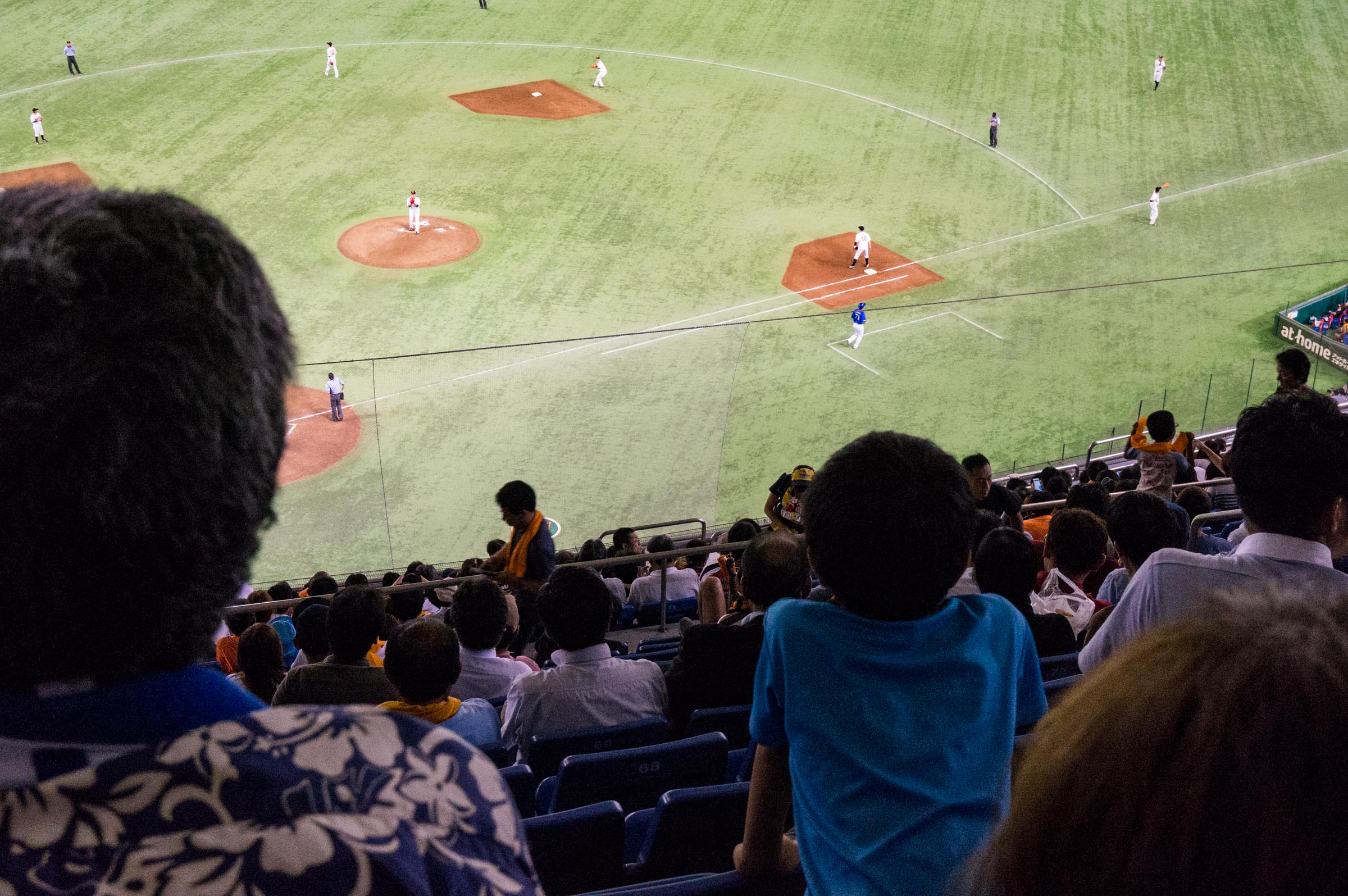 Only a few small details differentiate American and Japanese baseball. Sure there are smaller strike zones, smaller baseballs, and other technical changes. But then there are the fans. 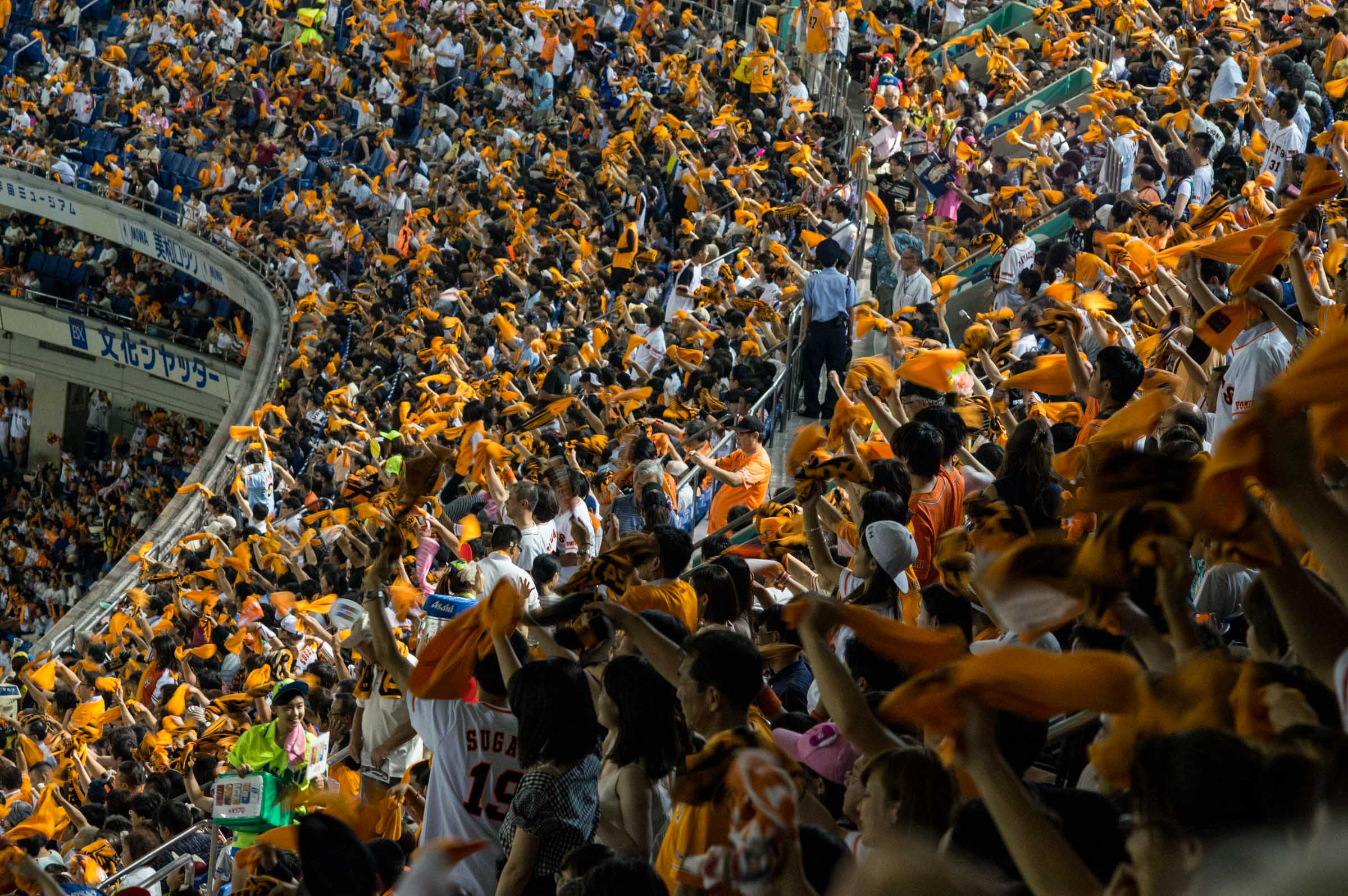 You would think this is an American college football game. And this is a Wednesday night. Japan has the US beat on fan enthusiasm for sure. Each team has its own chants and songs that every true fan knows. The stands erupt with cheering when a player scores a run. I mean, the visiting team even had an unofficial marching band tag along. That is fan dedication. 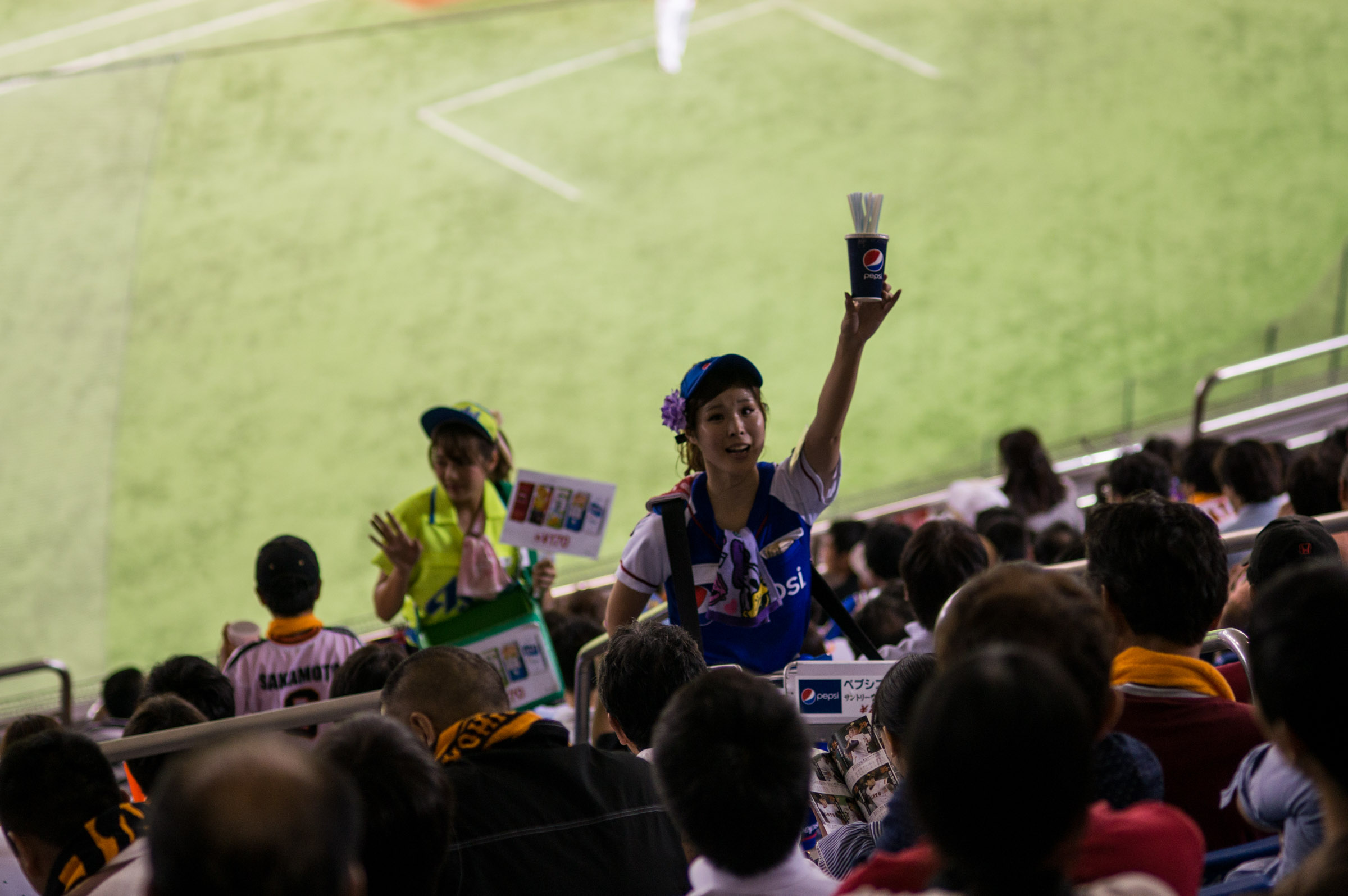 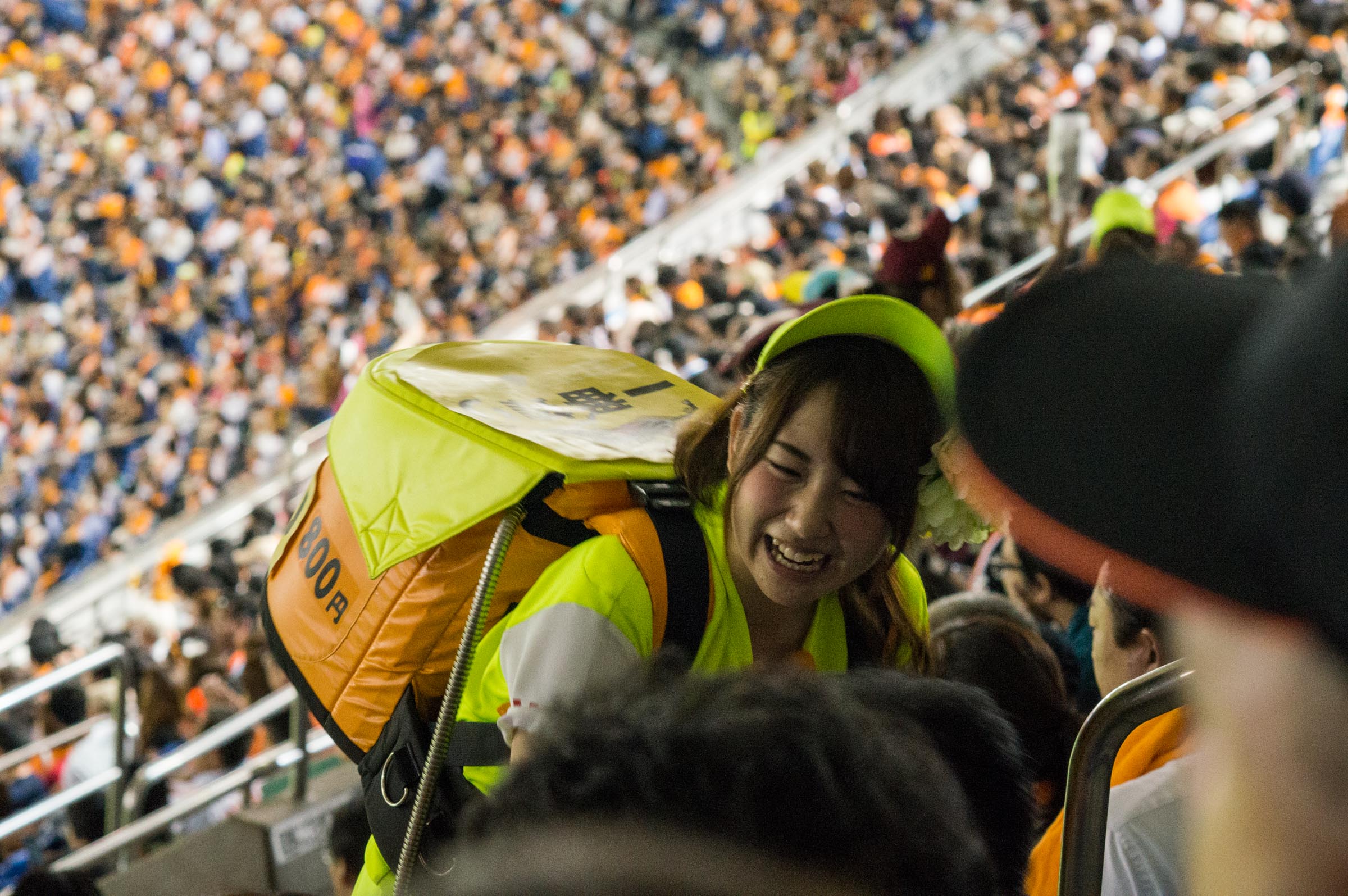 Another difference is the concessions. Less hot dogs, more white rice. But don’t worry, they still have beer. A platoon of girls with kegs strapped to their backs climb up and down the stands. Just wait for your favorite brand (or girl) to walk by and wave them down for some fresh draft beer. Japanese service at its best.