Nara is known for its historical landmarks and herds of wild deer roaming the streets. At one point the city stood as the capital of Japan. Now it acts as the capital of Nara Prefecture. Situated just south of Kyoto, the city makes a nice day trip when in the area. 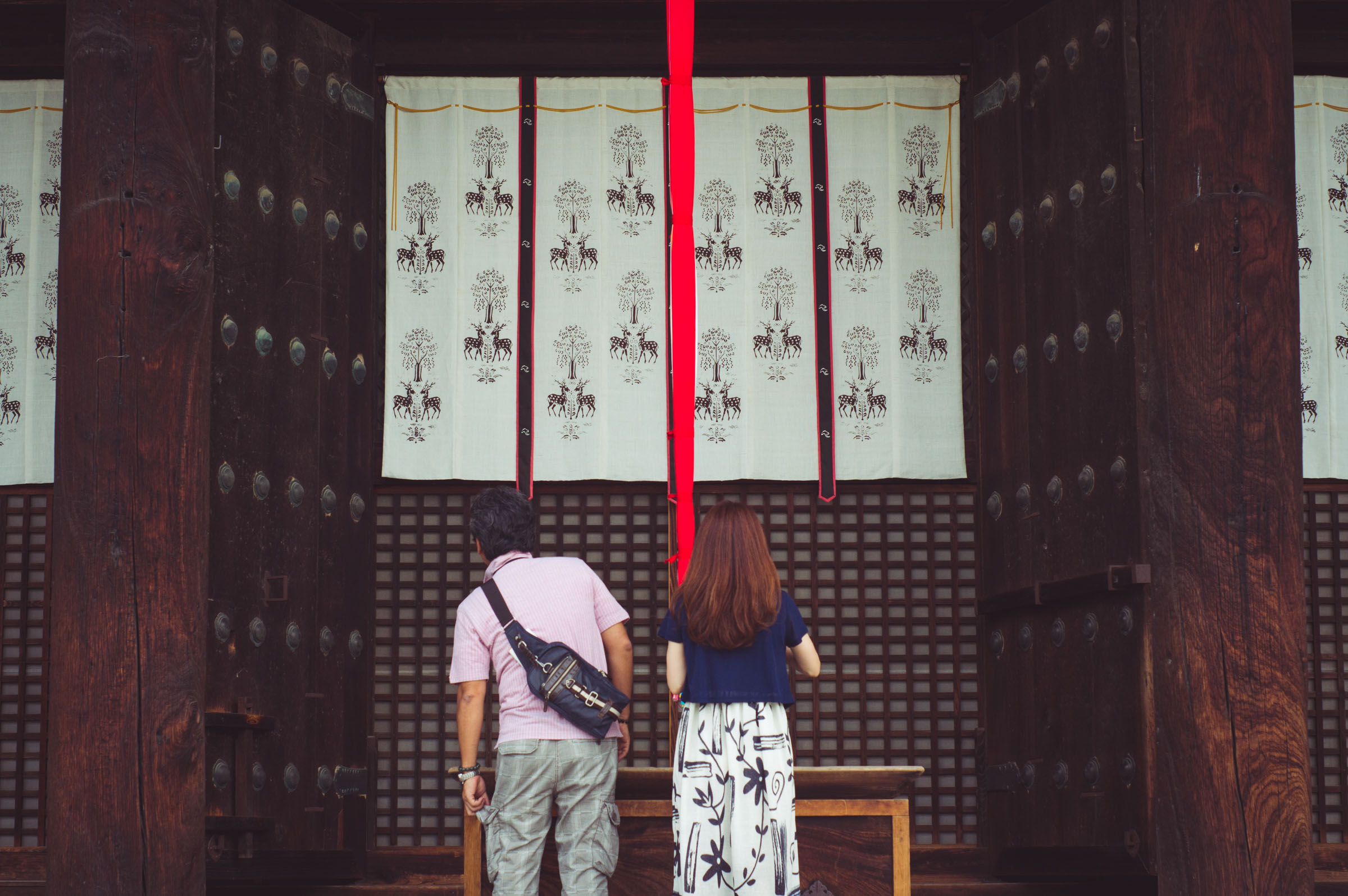 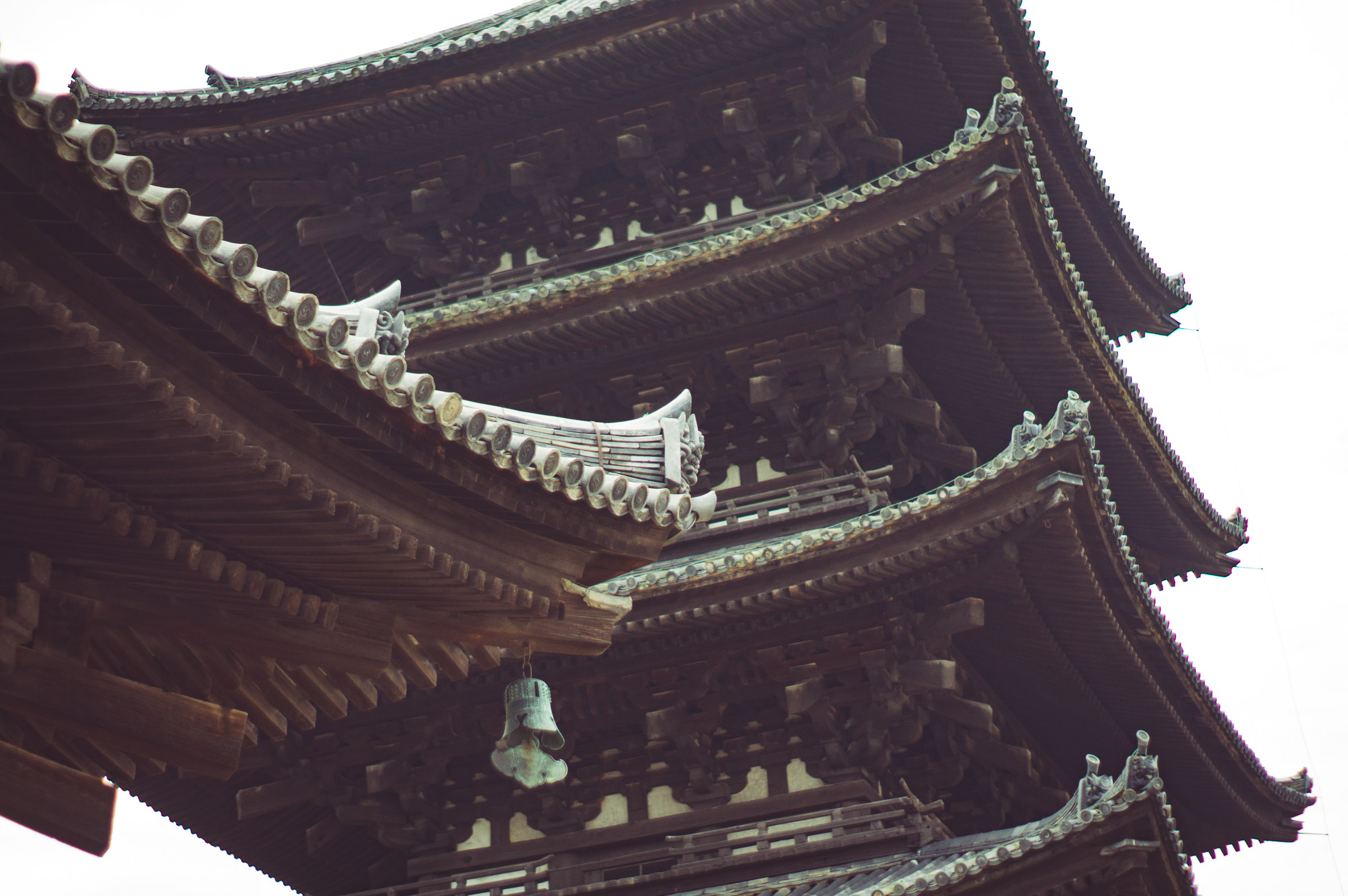 Temples dot the landscape of the historic districts in town. 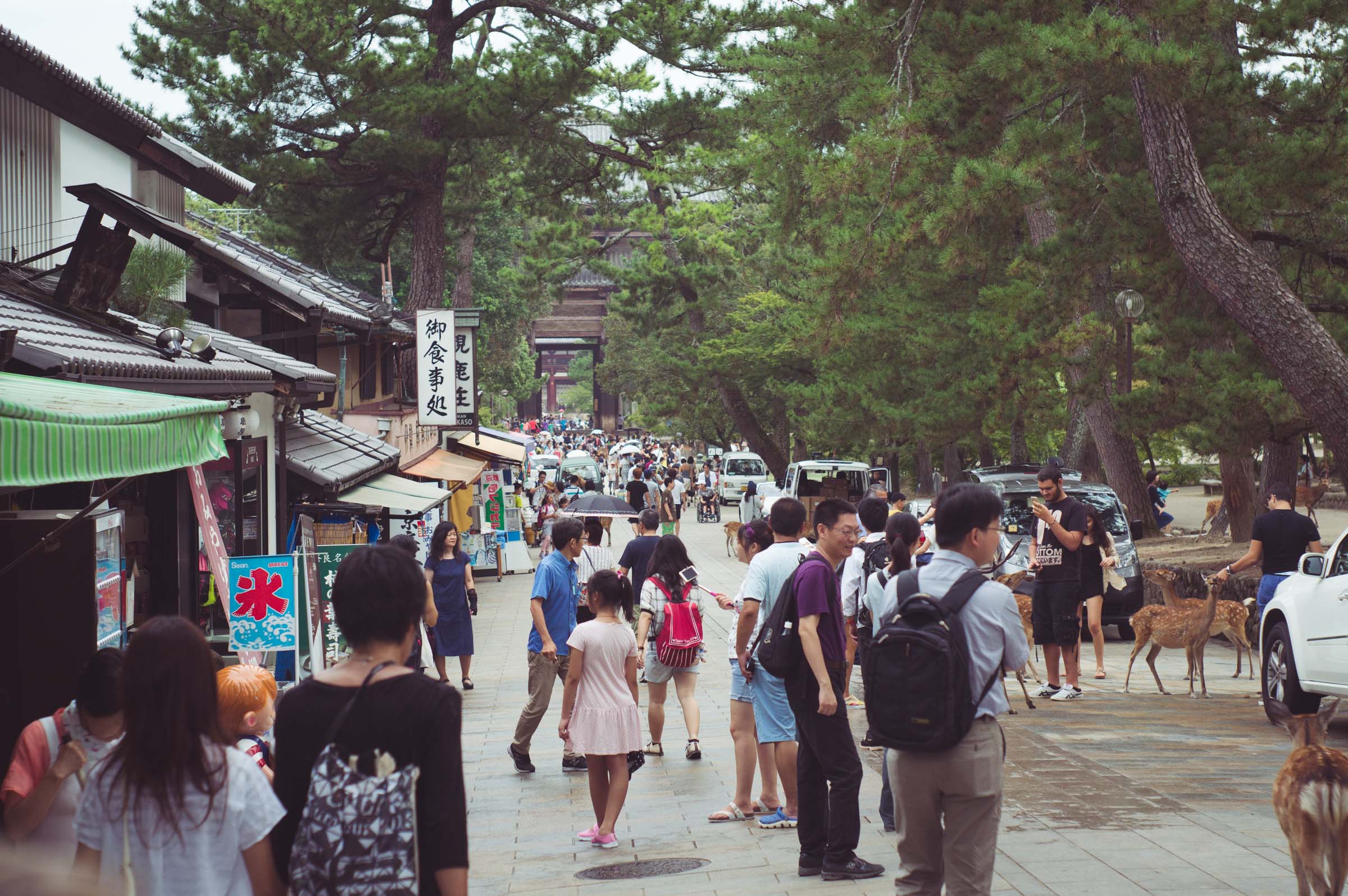 Approaching our destination, we start to spot the shiki (deer) among the crowds. 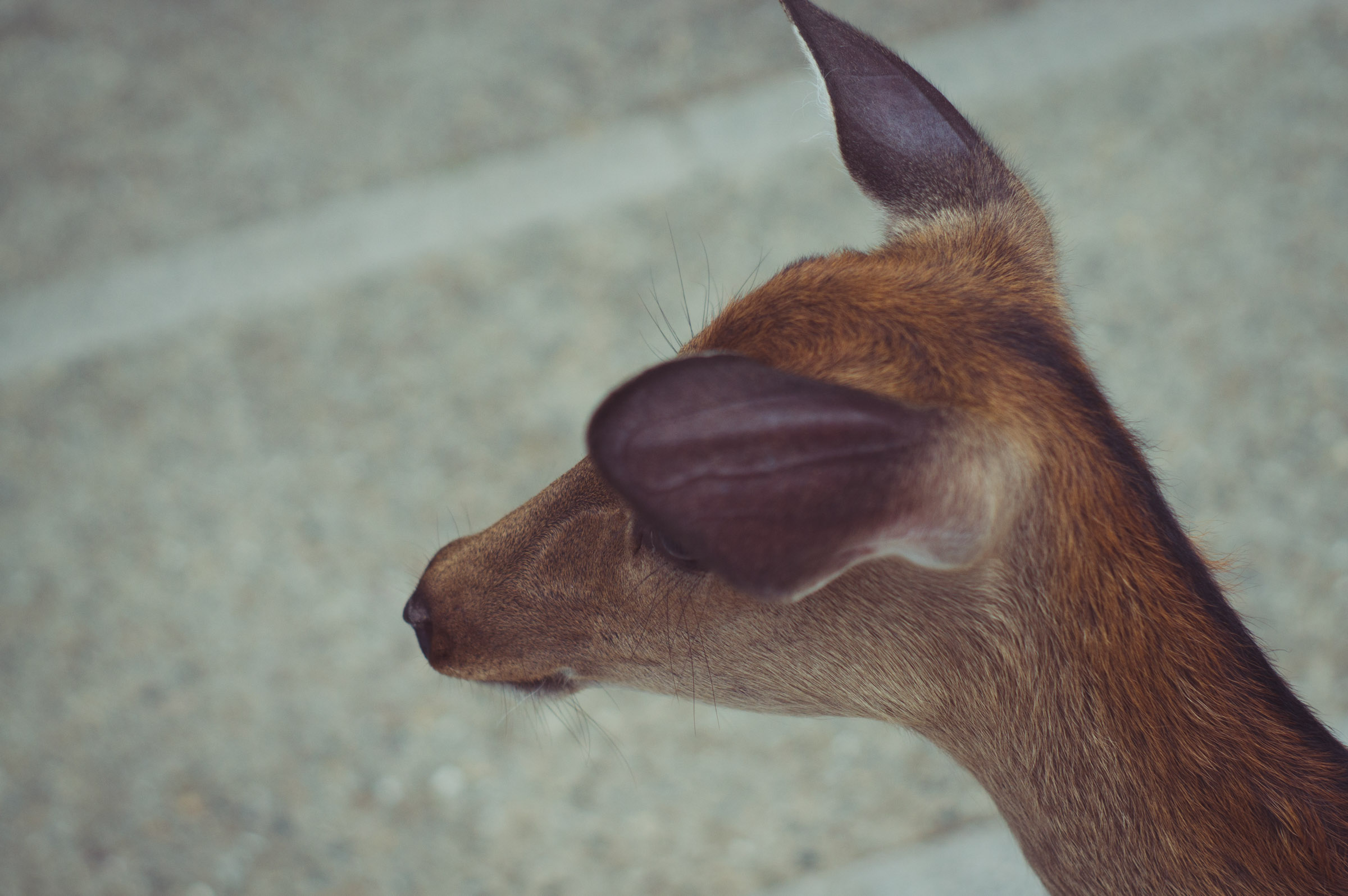 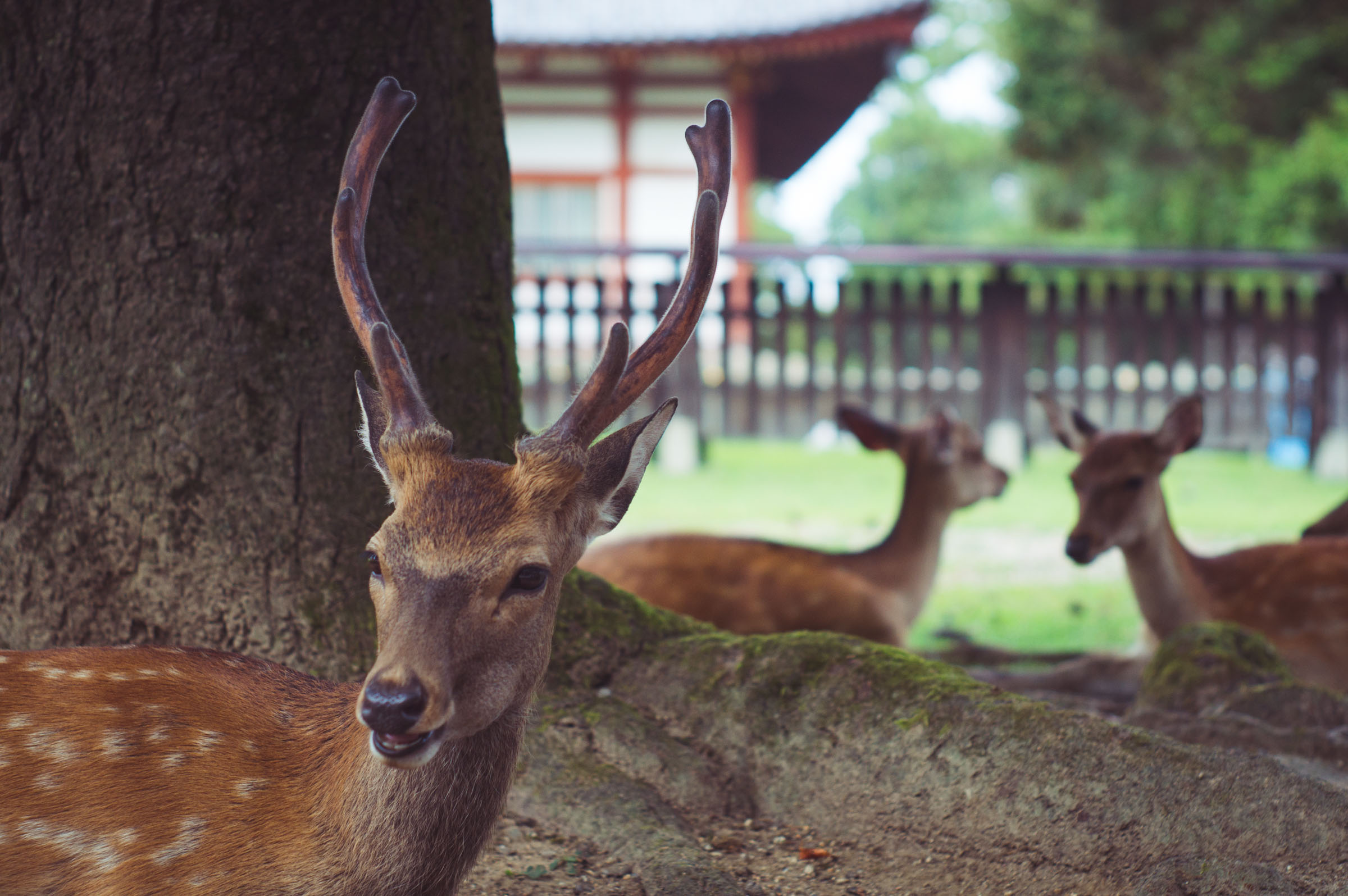 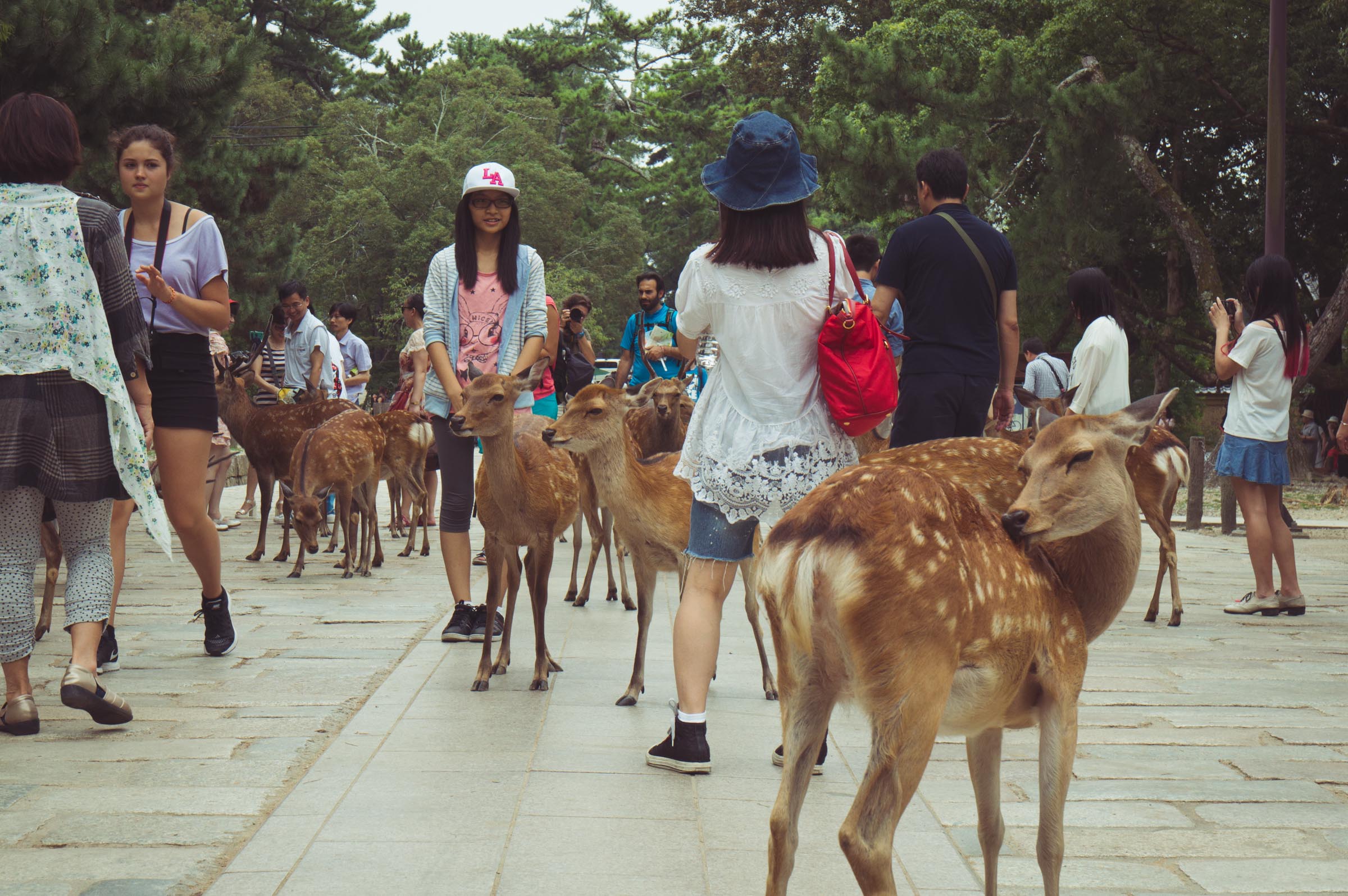 These little guys wander all around town, but especially like to congregate around Nara Park. According to legend, the deer are considered messengers of the gods. 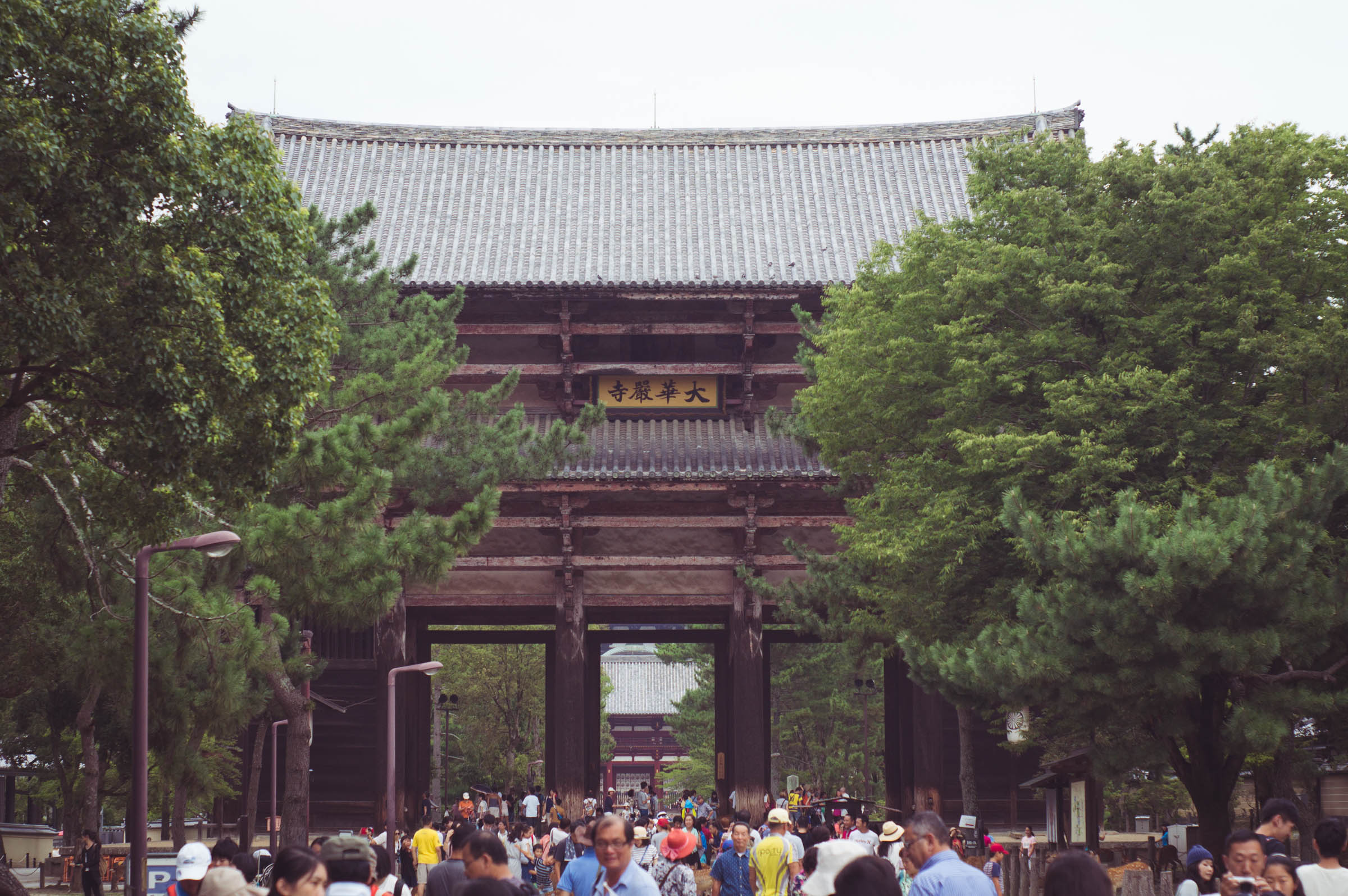 Crowds pass through the main temple gate of Todai-ji, the Eastern Great Temple. 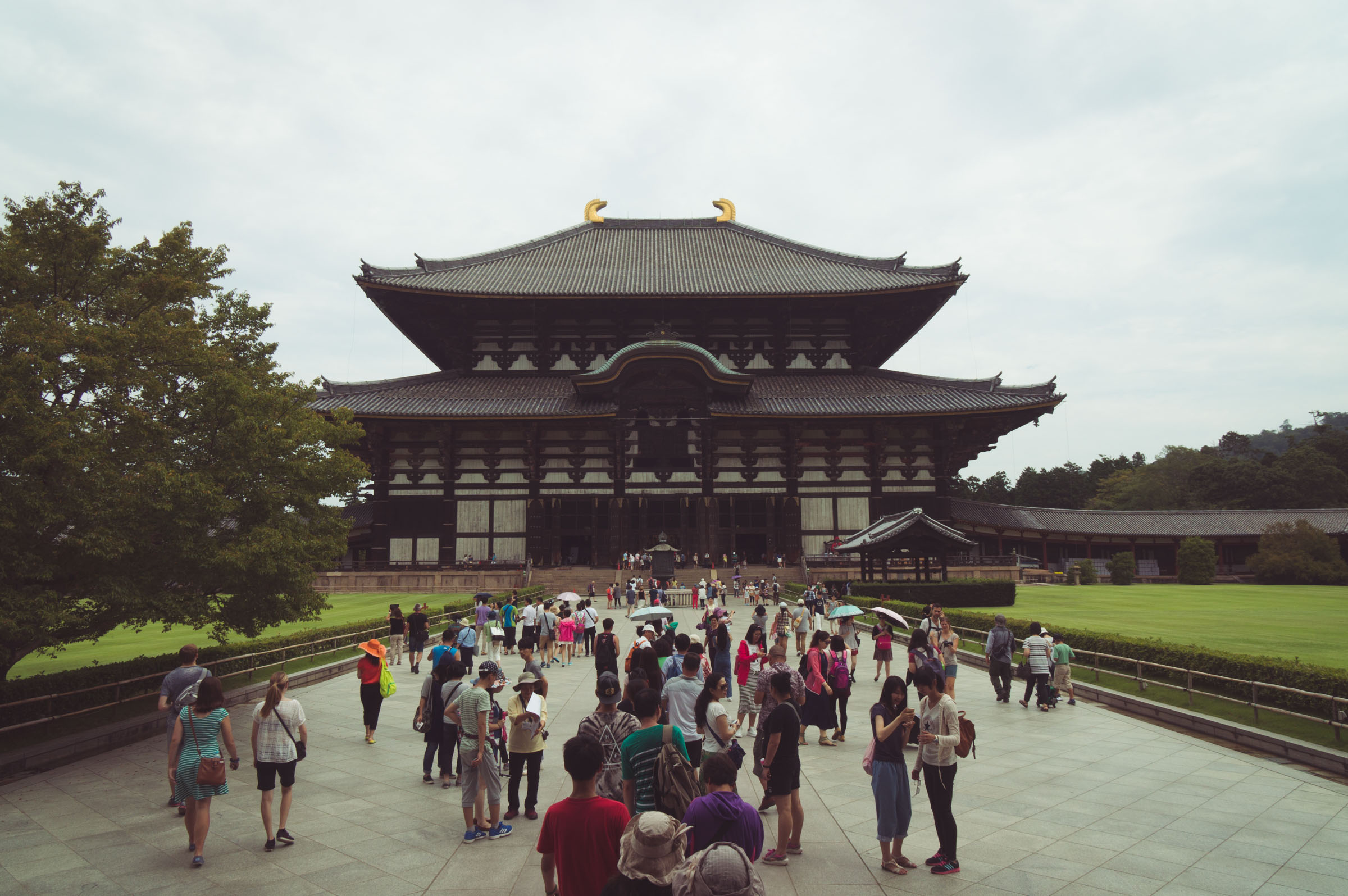 The temple is home to the world’s largest bronze Buddha, which is housed in the Great Buddha Hall. 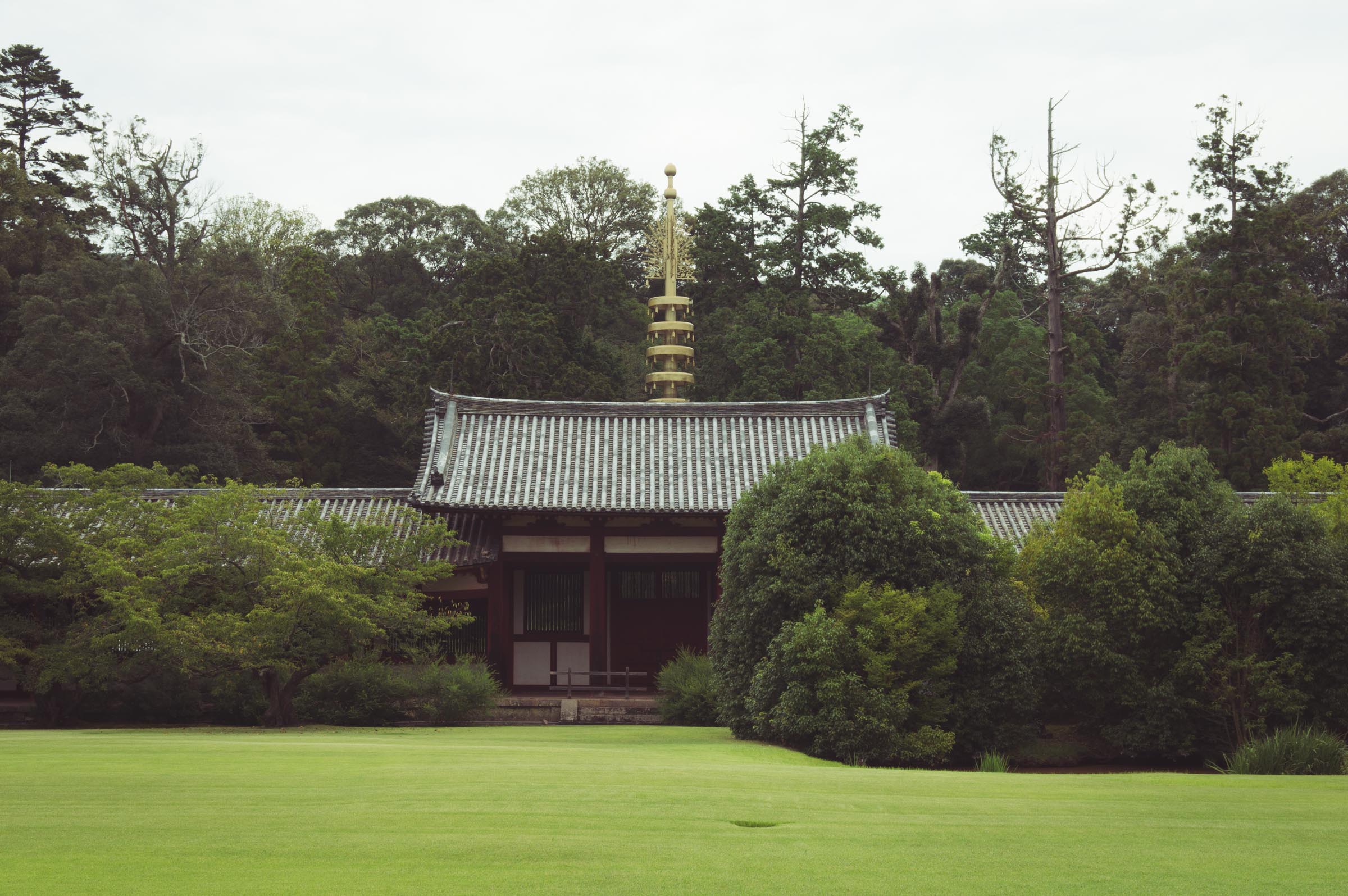 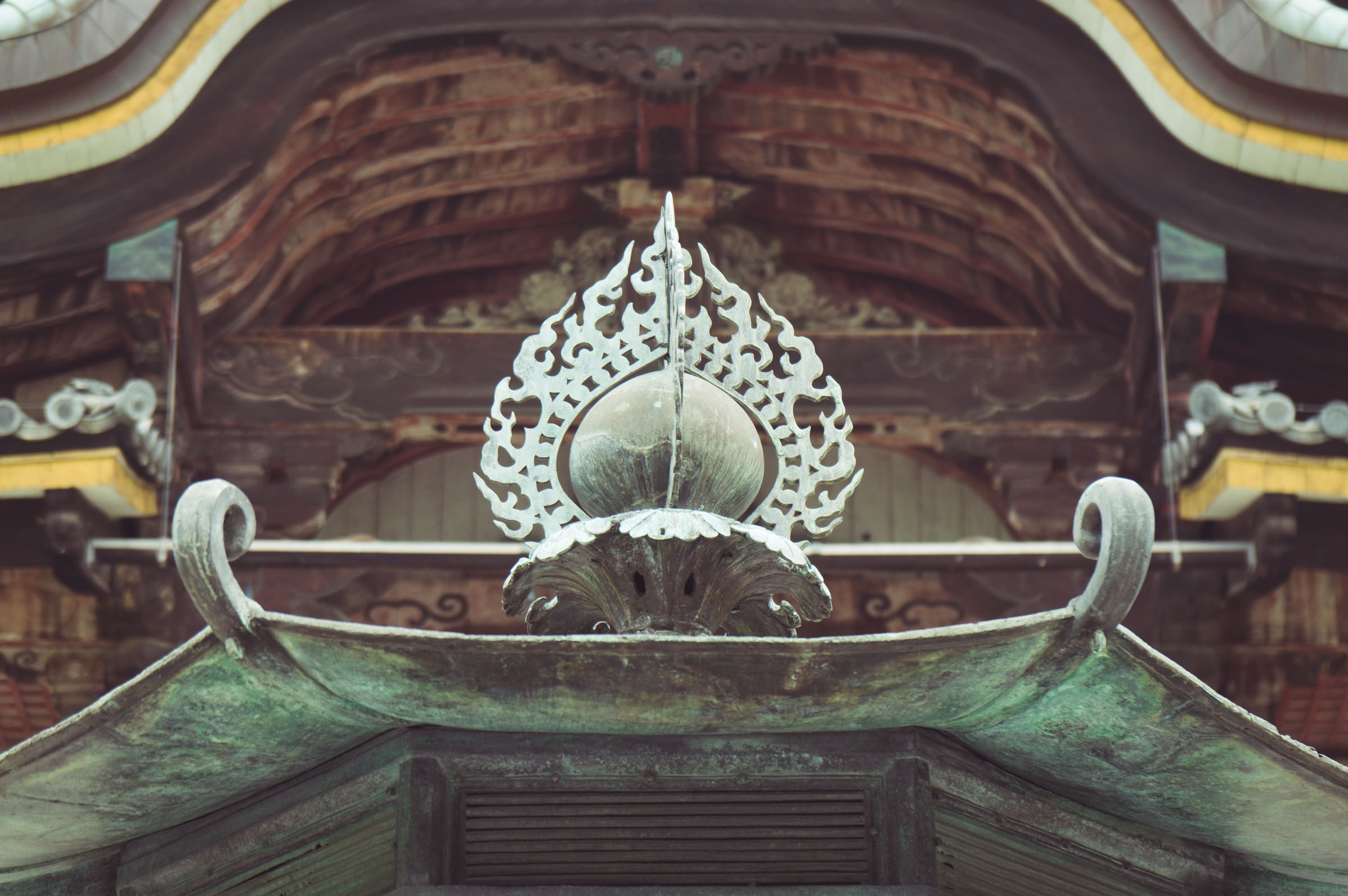 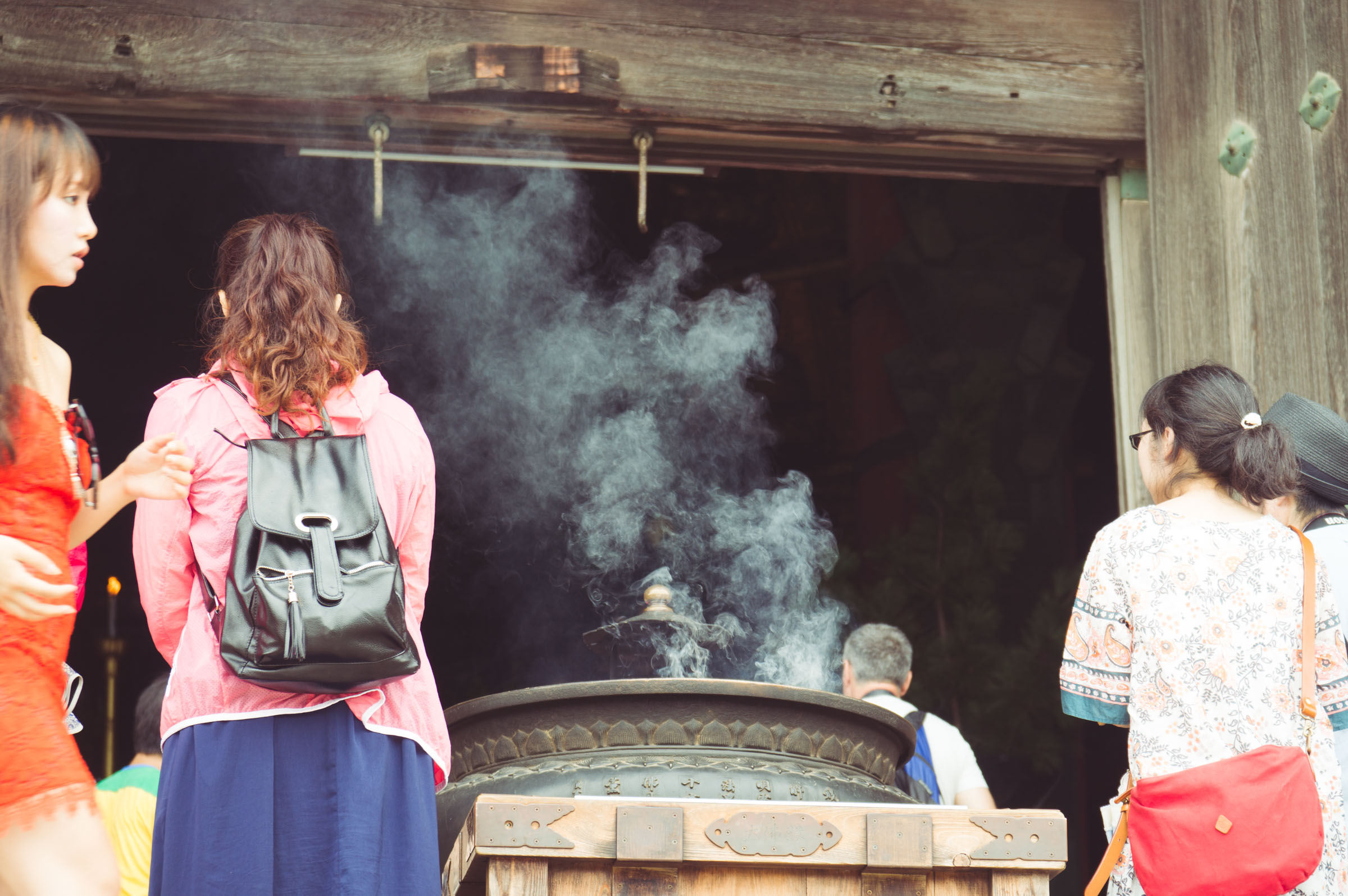 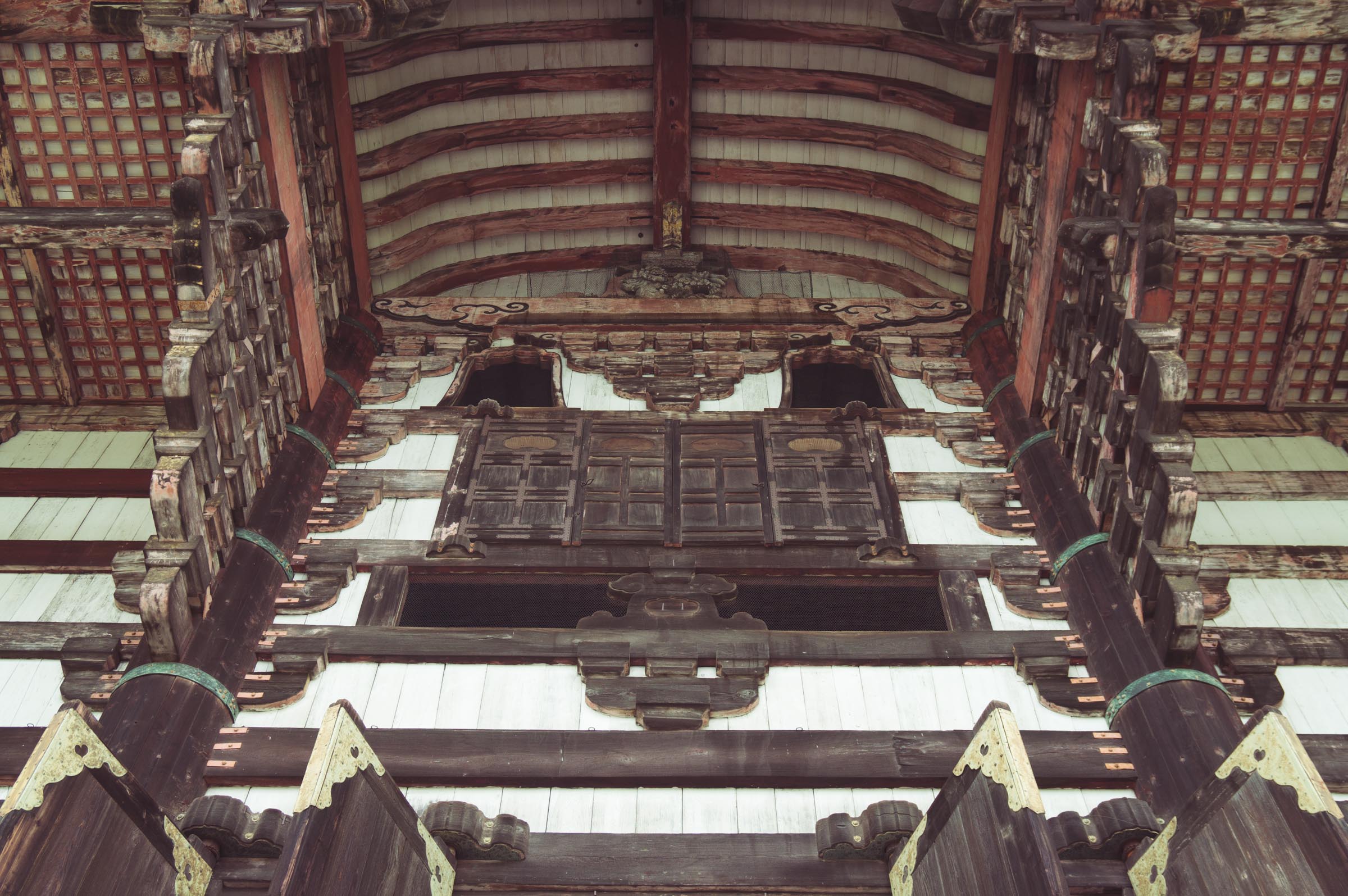 Initial construction of the temple involved some 2.6 million people. The Great Buddha Hall itself has been rebuilt twice, with the current iteration some thirty percent smaller than the original. Even so, up until around the new millennium it was the largest wooden structure in the world. 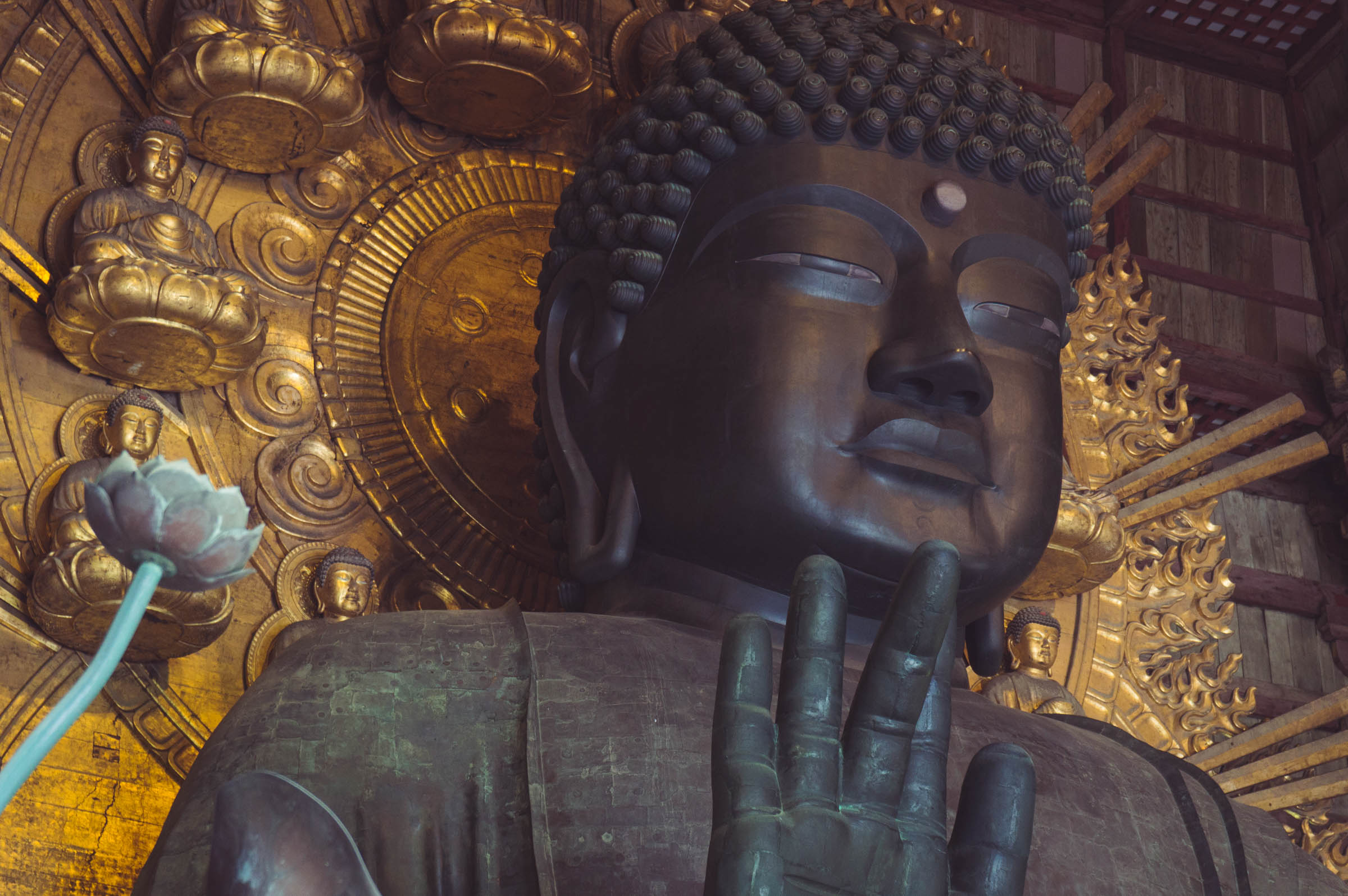 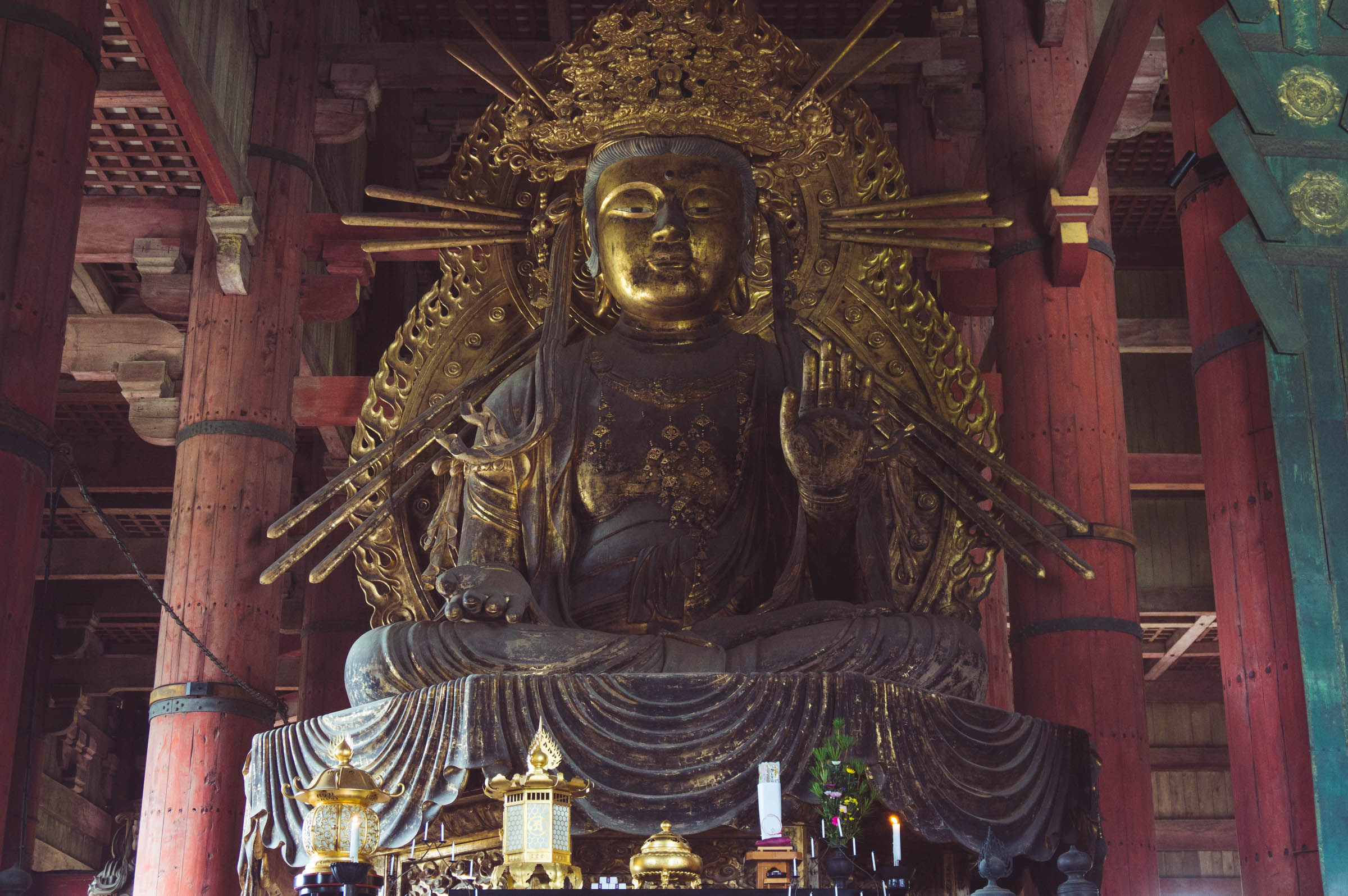 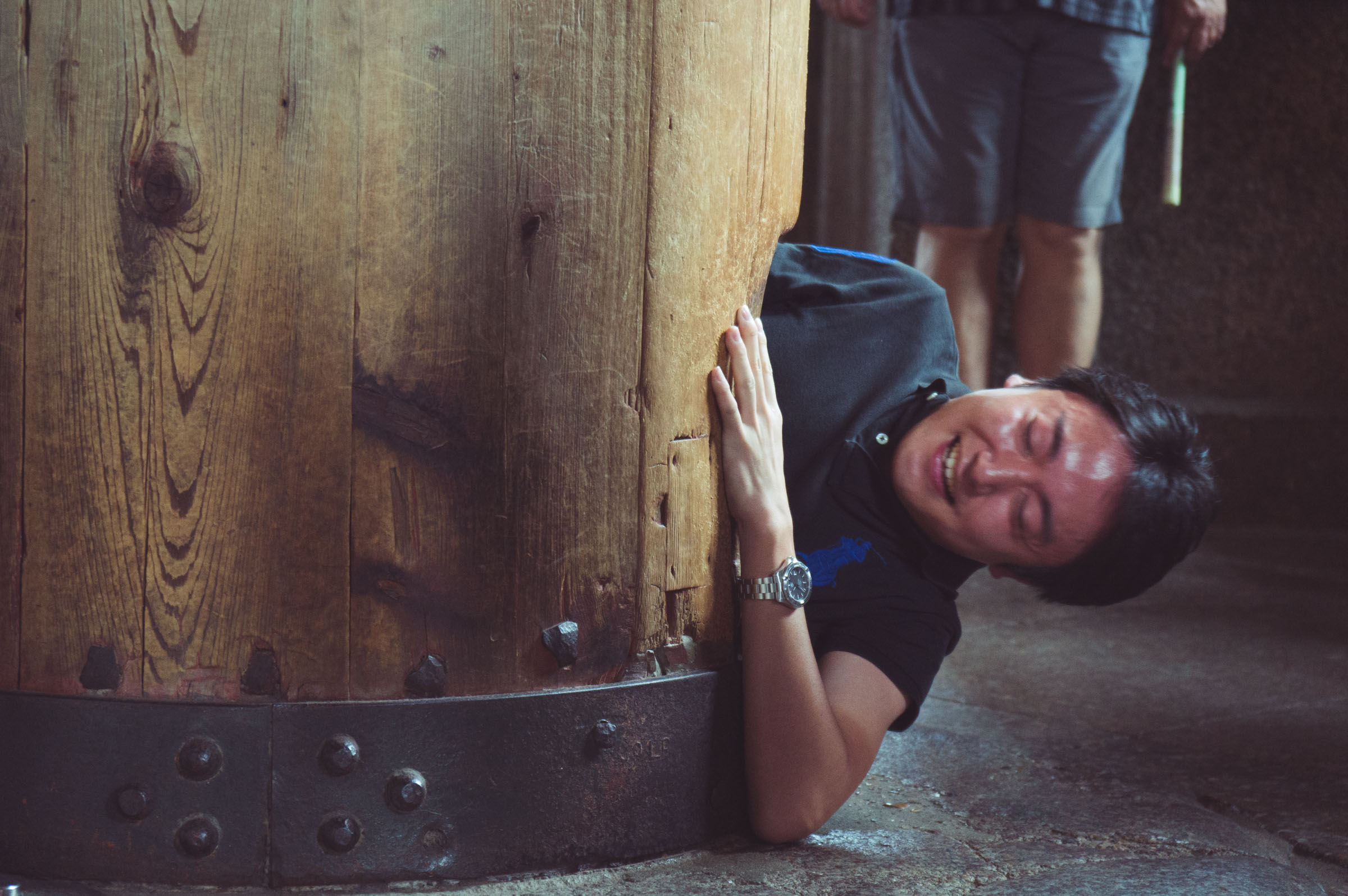 People attempt to pass through a large hole in one of the temple pillars. Crawling through the pillar grants some kind of good fortune. 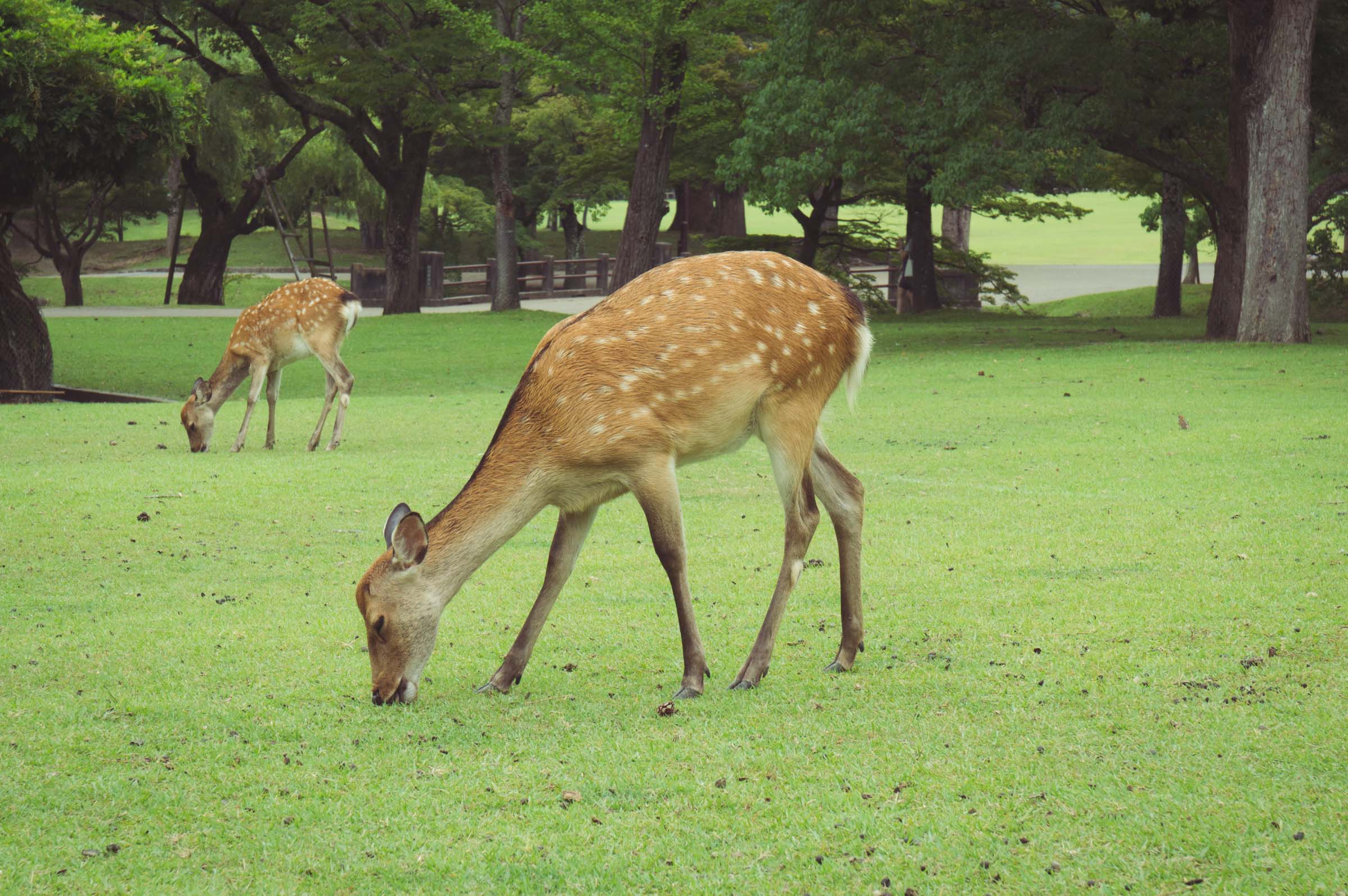 After leaving the temple, we return our focus to deer. 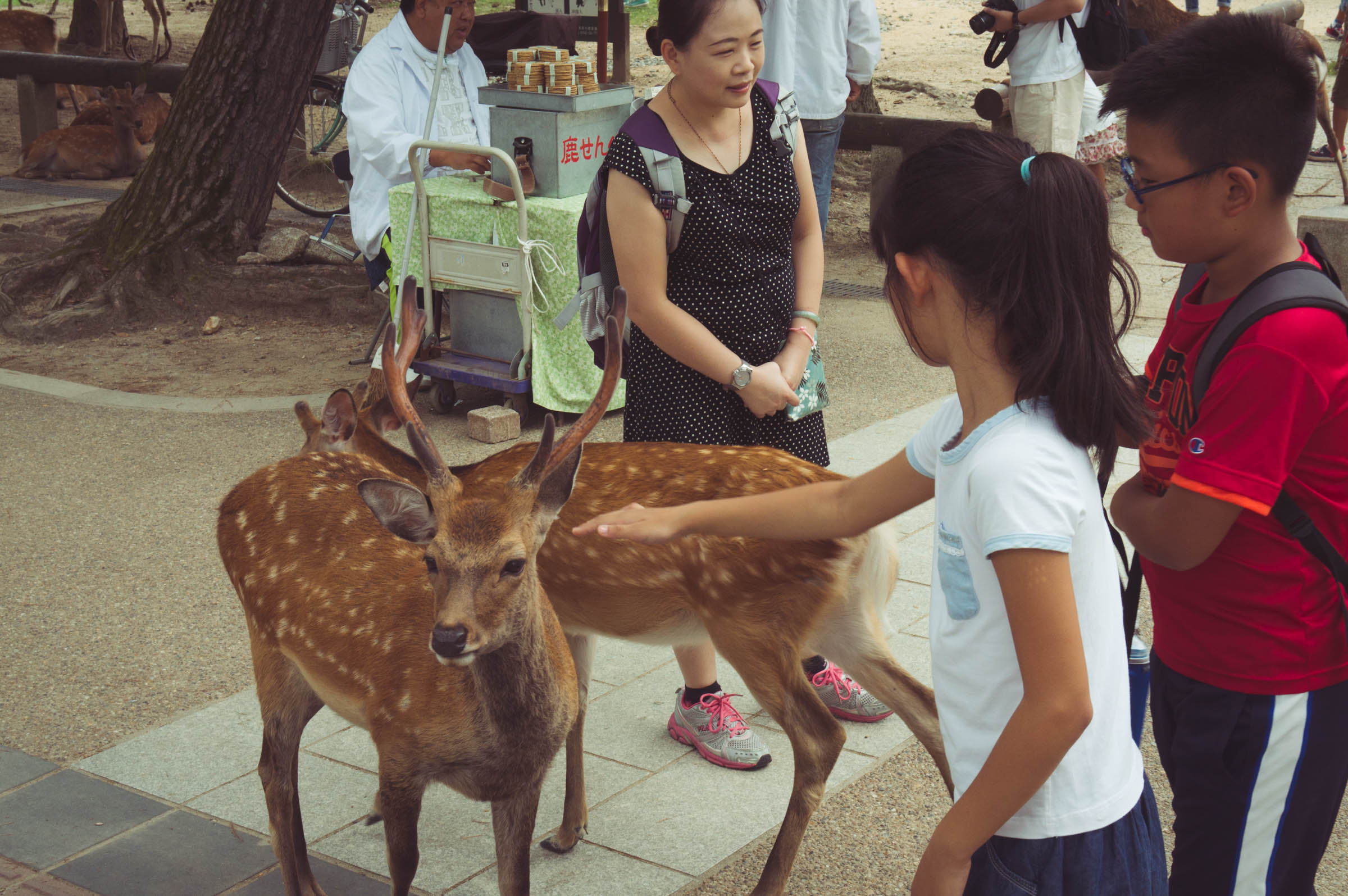 The deer are fairly tame thanks to years of receiving shika sembei (deer biscuits) from humans, which you can buy from the many vendor carts on the sidewalks. A warning though, once the treats are in your hands the deer know you are fair game. 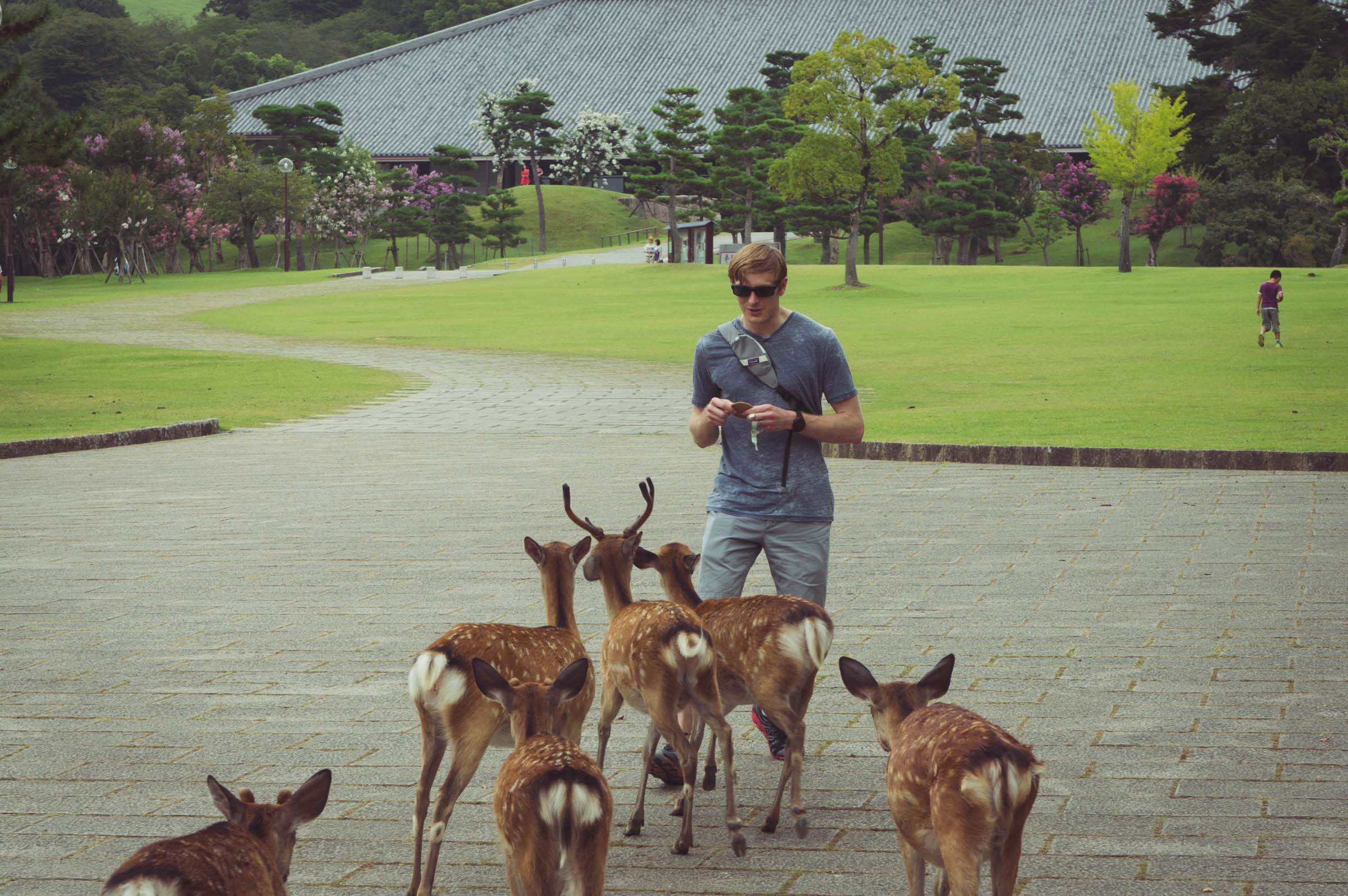 In fact, regularly receiving snacks emboldens the deer to the point where they shake down tourists who aren’t big enough or quick enough. You may even receive a headbutt from the pushier males if you aren’t doing an acceptable job distributing food. 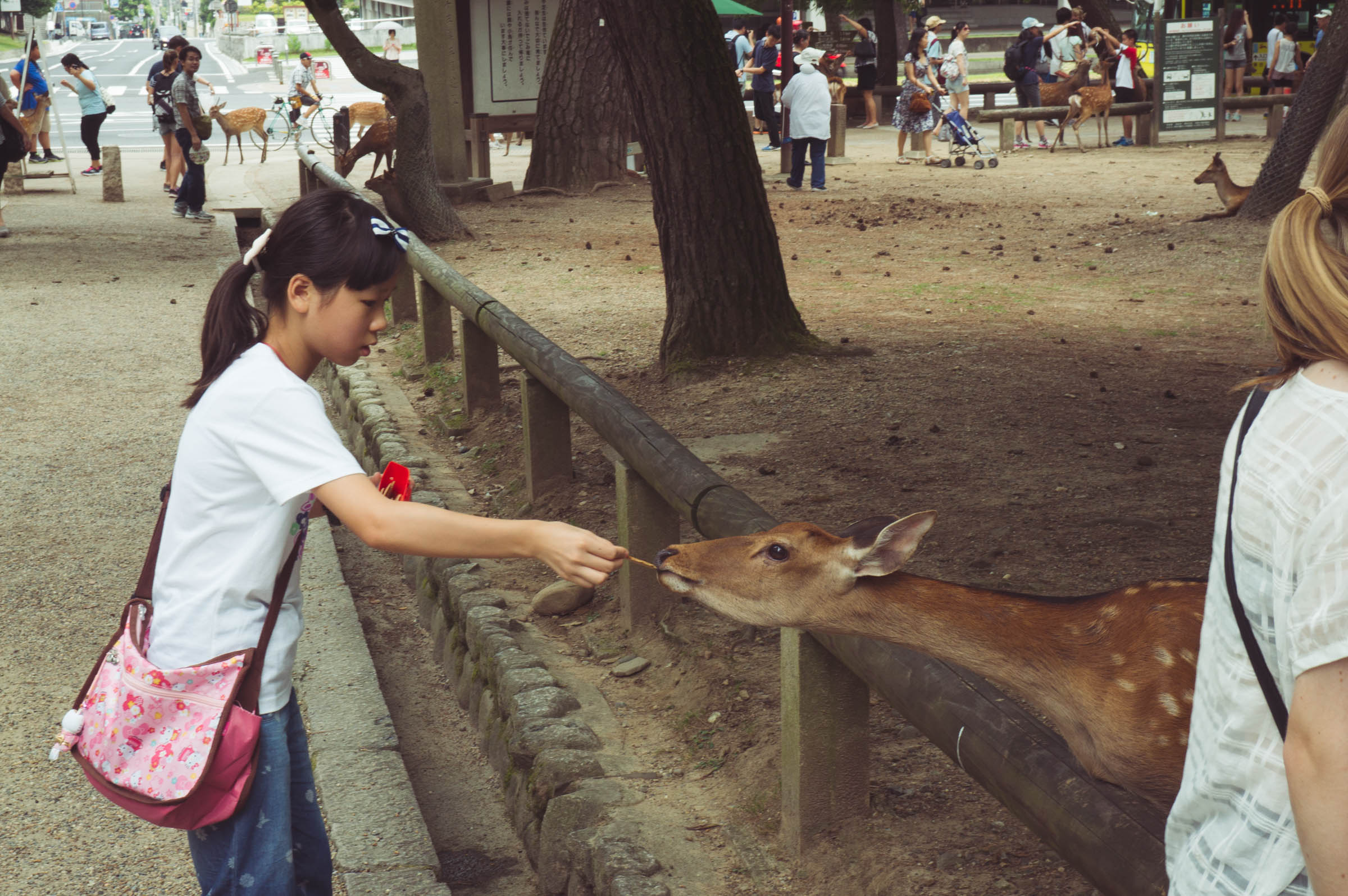 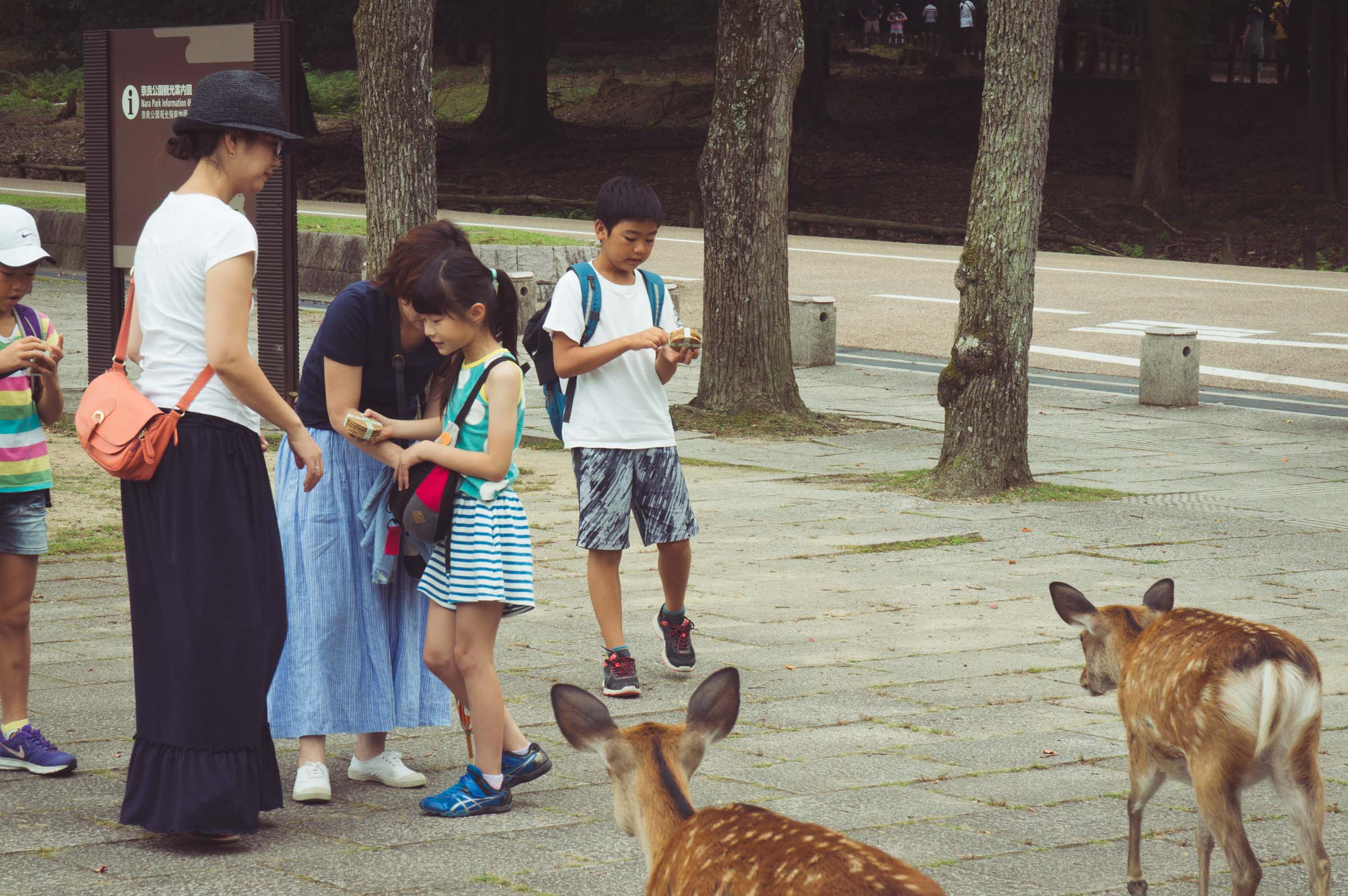 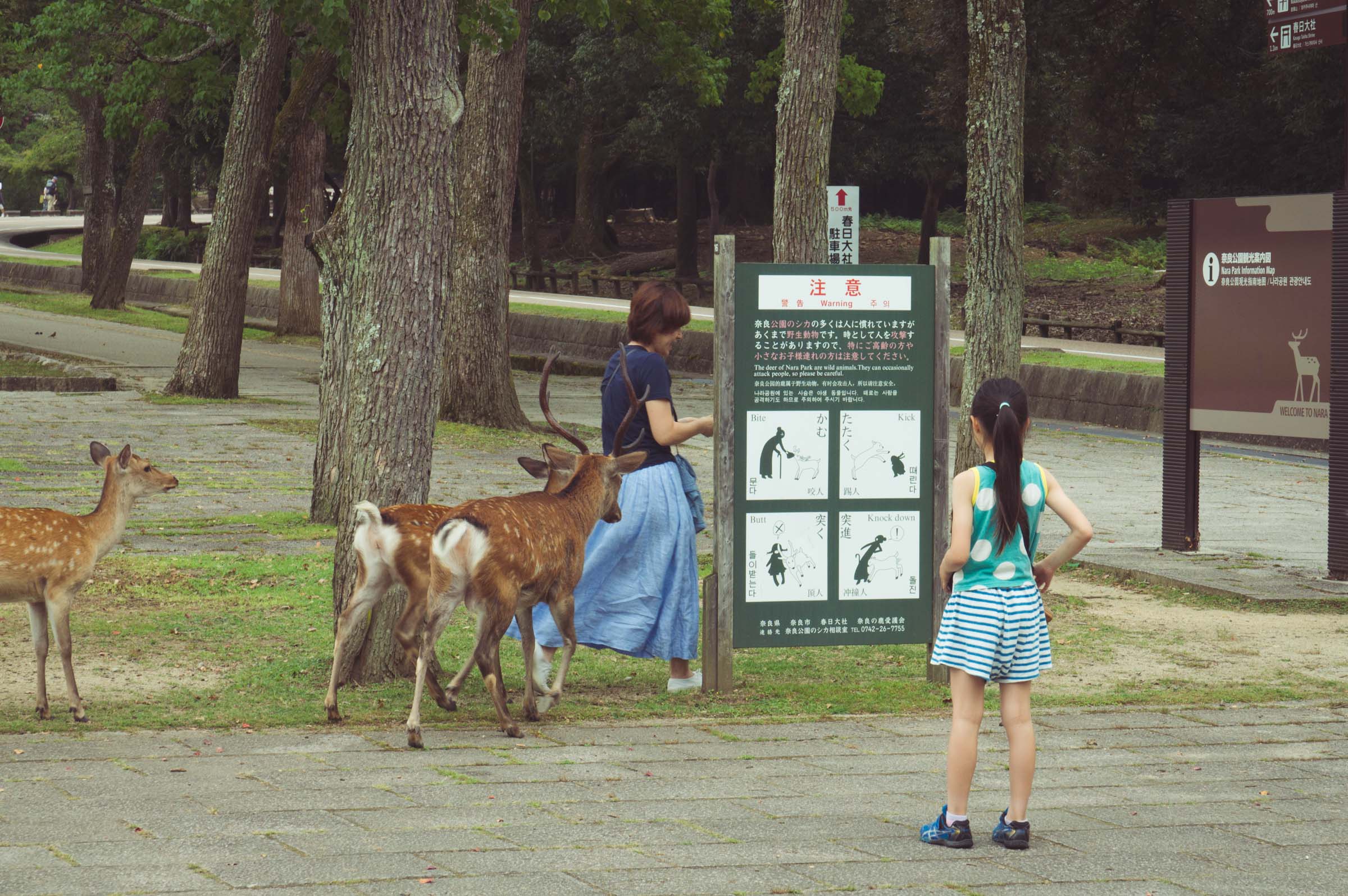 Lots of eager children buy a stack of biscuits, only to immediately regret the decision as the deer approach. Some kids even dump the problem onto their parents, who don’t fair much better. 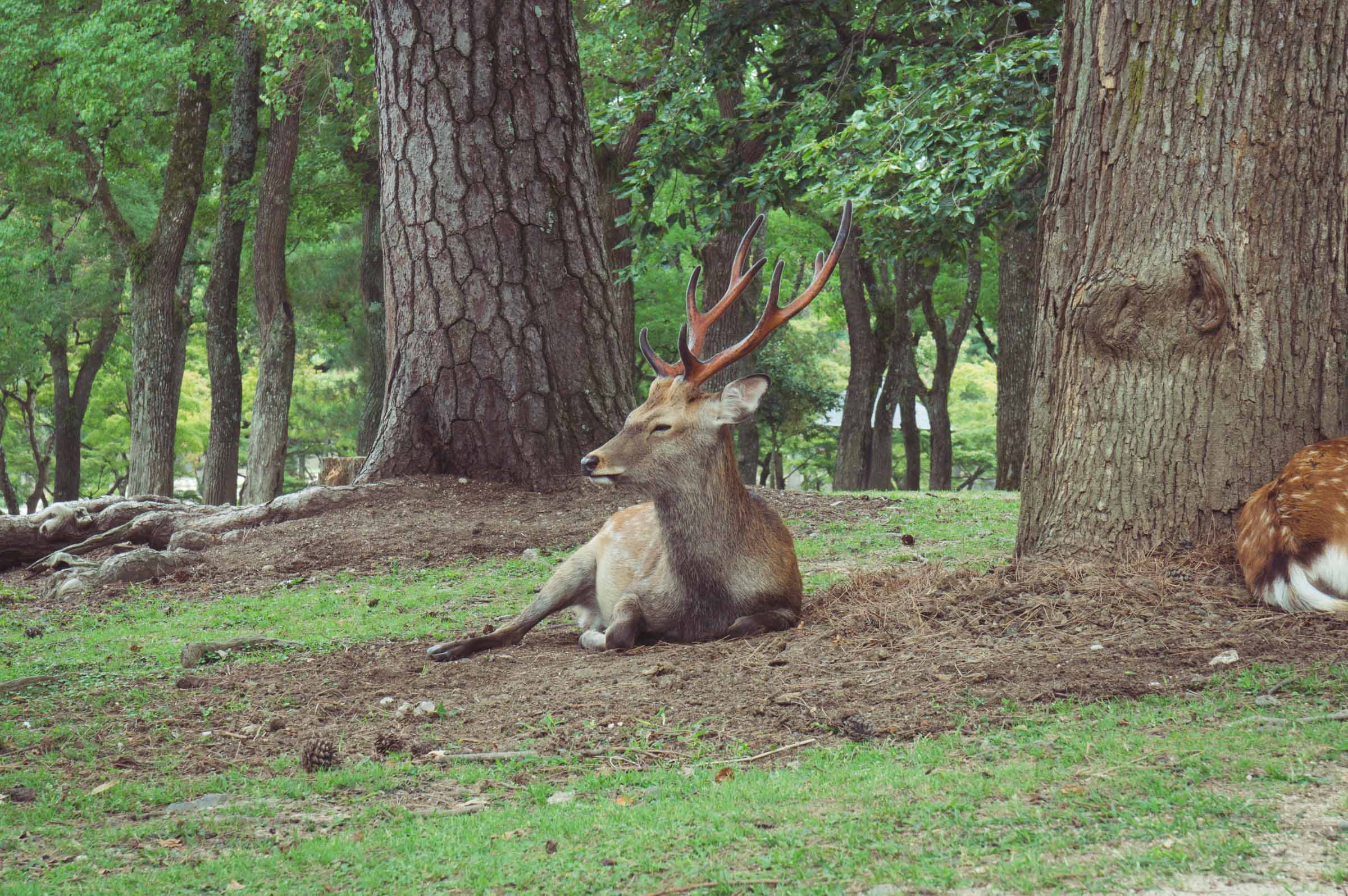 These deer clearly know they got a good thing going here. In exchange for easy food, they add a unique twist to an area rich in historical significance. Visit if you get the chance, I’m sure the deer will be happy to see you. Just don’t forget the snacks.